Any chowder tour of the Oregon coast should include on its itinerary a visit to The Chowder Bowl, a few steps from the Pacific Ocean in the Nye Beach neighborhood of Newport. 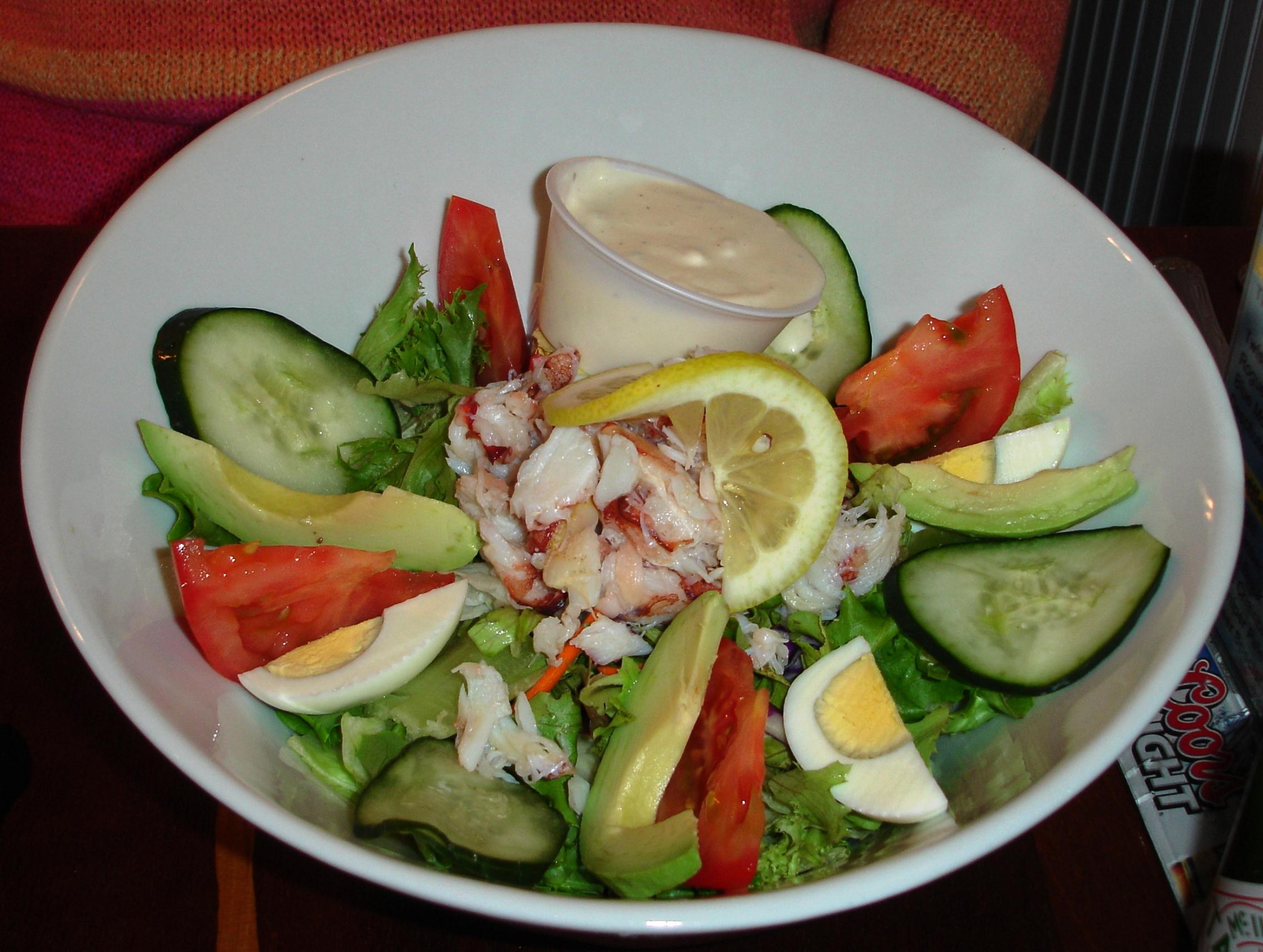 Dungeness Crab Louie was a special one day. While it was a salubrious bowl of food, and the crab was impeccably fresh, the $18 tariff seemed too steep.

You know, it’s interesting: all up and down the coast there are Mo’s knockoffs. Not simply in that these restaurants serve that thick and mild Mo’s-style Oregon chowder, but even the menus are virtual copies: chowder front and center, in a cup or bowl, add little shrimp to make it slumgullion, get it in a hollowed out bread if you like, accompany it with garlic cheese toast. They even feature marionberry cobbler à la mode for dessert. 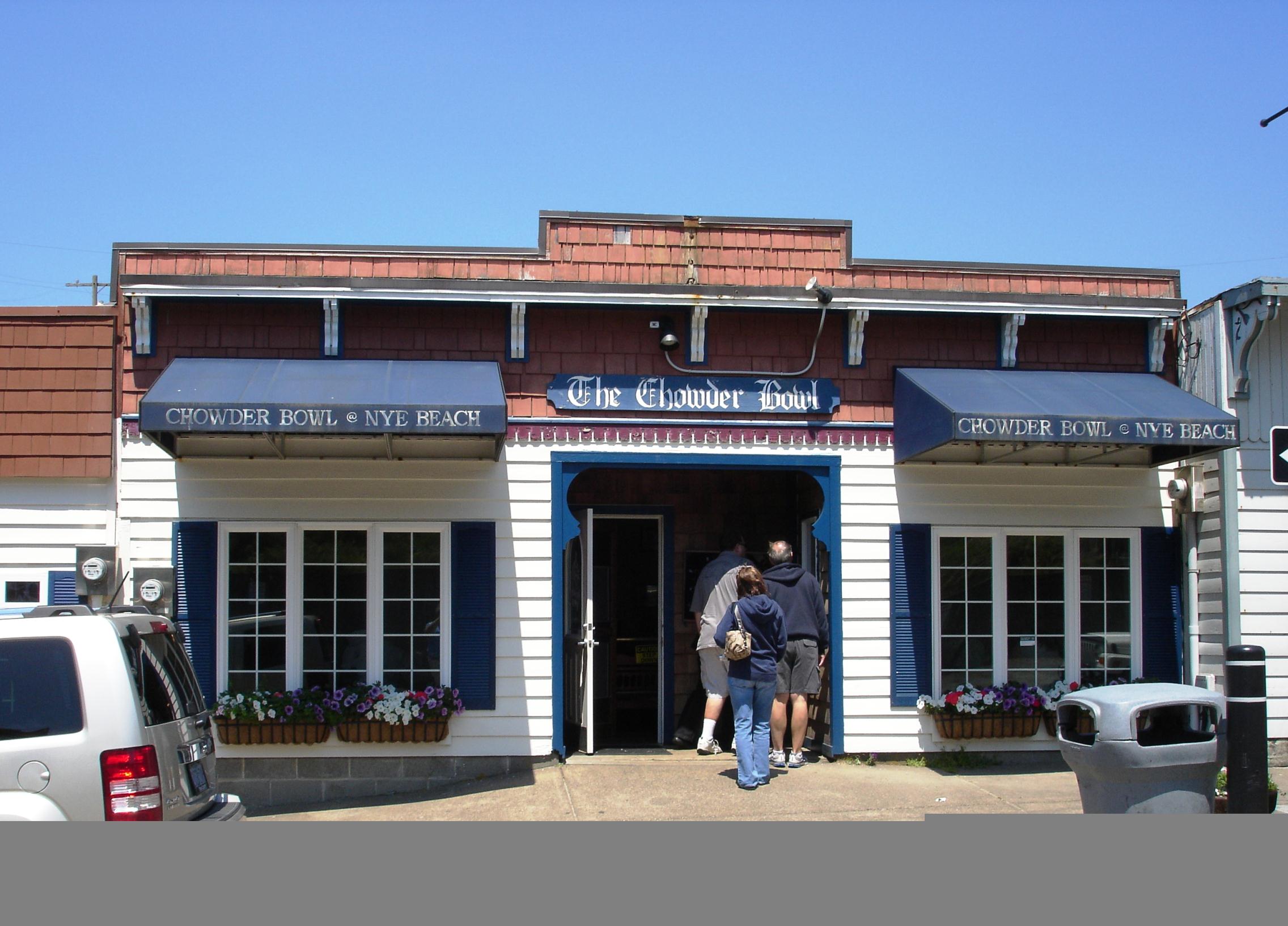 The Chowder Bowl is one of many Mo’s copycats along the coast of Oregon. In fact, there’s even another Chowder Bowl, unrelated to this one, just a bit north of here in Depoe Bay. We think many would find this Chowder Bowl superior to their bayfront inspiration.

Some of these copies are traps, but the best of them, like The Chowder Bowl, surpass their mentor. The Chowder Bowl’s clam chowder, unlike Mo’s, is practically devoid of bacon, but what it’s missing in smoked pork it more than compensates for with clams. This chowder is truly packed with the chopped bivalves!

Interestingly, especially for New England chowder partisans, even with all that clam meat, the flavor, like that of all Oregon chowder, is gentle and soothing. Is this a reflection of the local clam? A result of the extra thickening? Remember, some New England chowder chefs disdain the use of a flour thickener on the grounds that it mutes the clam flavor. Whatever the reason, Northeast and Northwest chowders are very, very different. We love them both.

There’s another restaurant called the Chowder Bowl in nearby Depoe Bay, totally unrelated to this restaurant. If you head there, you’re on your own. This one has the added benefit of a location in the hilly and atmospheric Nye Beach neighborhood, which is worth some exploration in itself. There’s a totally different vibe in this part of Newport that extends right through the front doors of this laid-back establishment.

We’d like to explore more of the menu in the future but, for now, we can urge a visit to The Chowder Bowl for those searching for the best Oregon chowders.