A recent visit to Woody’s turned up some news: Woody sold the place! The sale happened this summer. We met the new owner; seemed like a friendly guy. He also owns a small Mexican place, MAC’s Tex-Mex, down the street. Almost nothing has changed at Woody’s, as far as we could tell. Every table was filled on a Sunday morning at 11 a.m., and nine of us had to wait about 15 minutes to be seated in the small dining room. Waitresses are the same too. Our waitress told us there was some initial concern from the townsfolk as to how much Woody’s would change but that settled down quickly as they realized Woody’s would still be Woody’s. The transition to the new owner has gone smoothly. 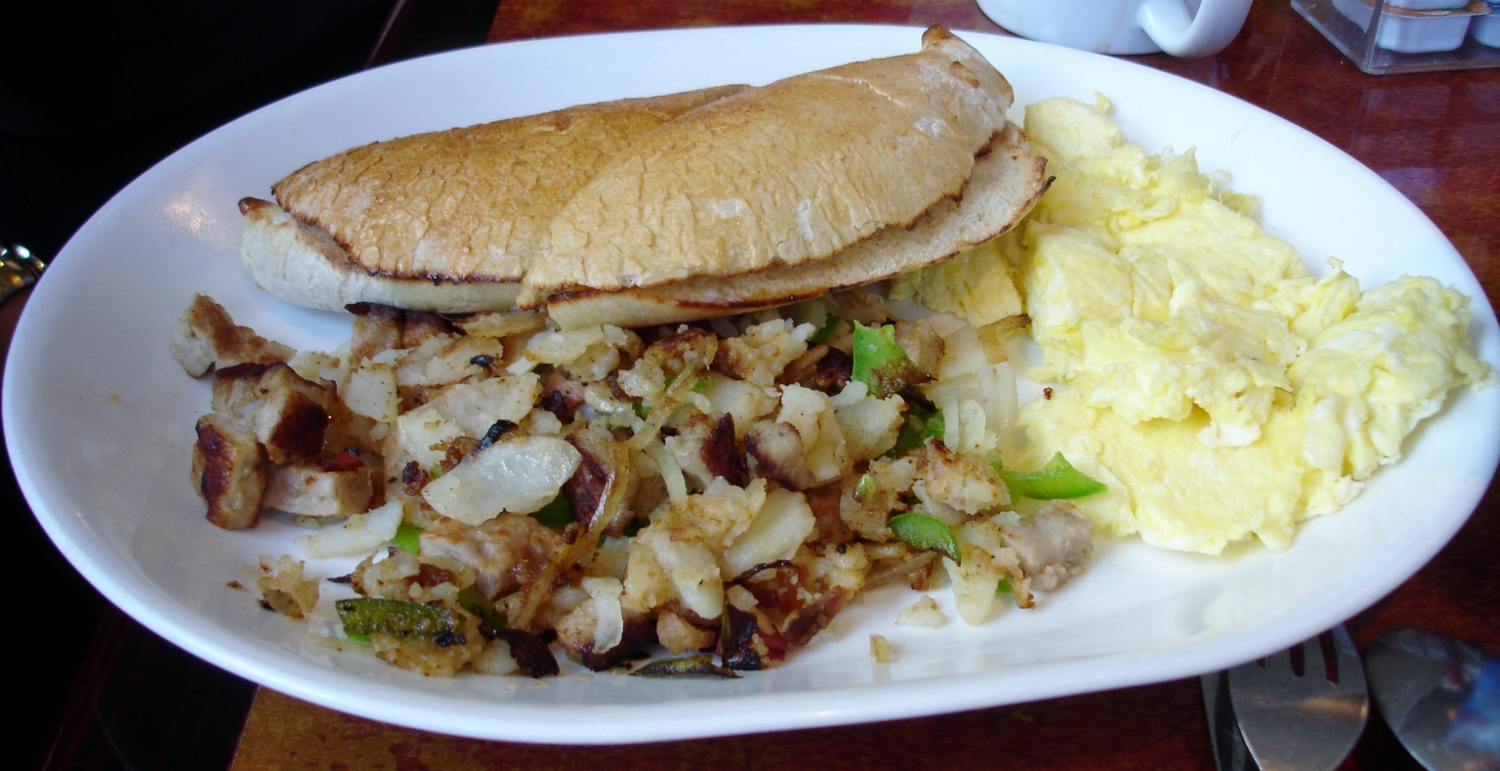 Sausage hash with scrambled eggs and a grilled Woody roll

One difference we noticed: most of us (but not everyone) liked how the grilled Woody roll, the surcharge bread option that any diner at Woody’s should order with eggs, was buttered much more generously than it was under Woody’s helm. The Woody roll, we were once told, is made here from pizza dough. The roll is split and grilled on the flat top, then slathered with butter. Best thing to eat in the house! 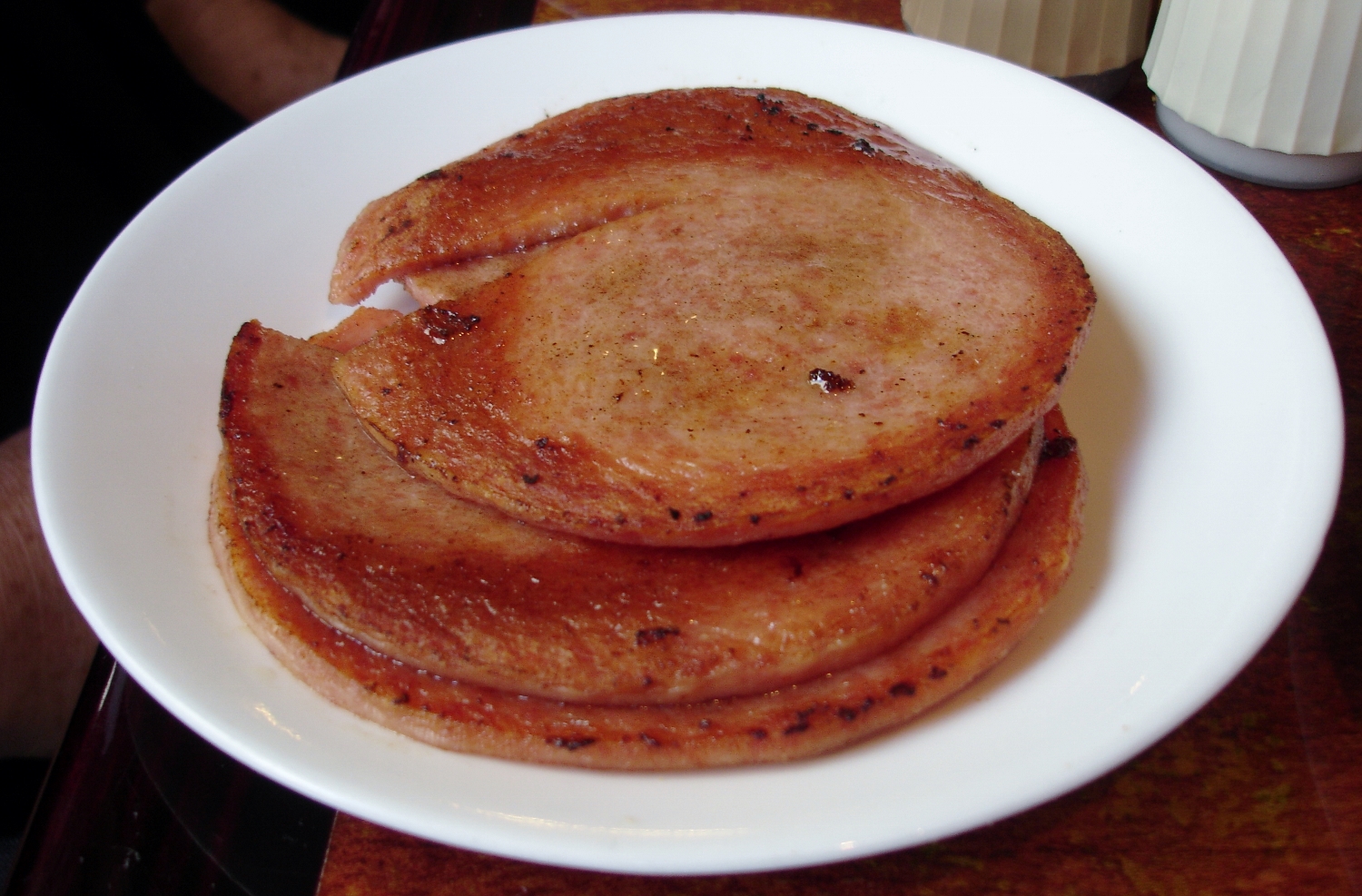 As any New Jersey short order chef knows, pork roll must be slashed before cooking, to prevent the slices from curling up and losing contact with the pan. The cooks at Woody’s use the highly unorthodox single slash method, rather than the more traditional triple-notch method.

Everything was just right, from the homemade hashes to French toast to scrambled eggs. This is not mind-blowingly cutting edge food, just simple breakfast, in sensible portions, like you might make at home, in a nice town café atmosphere. That’s what we came for! 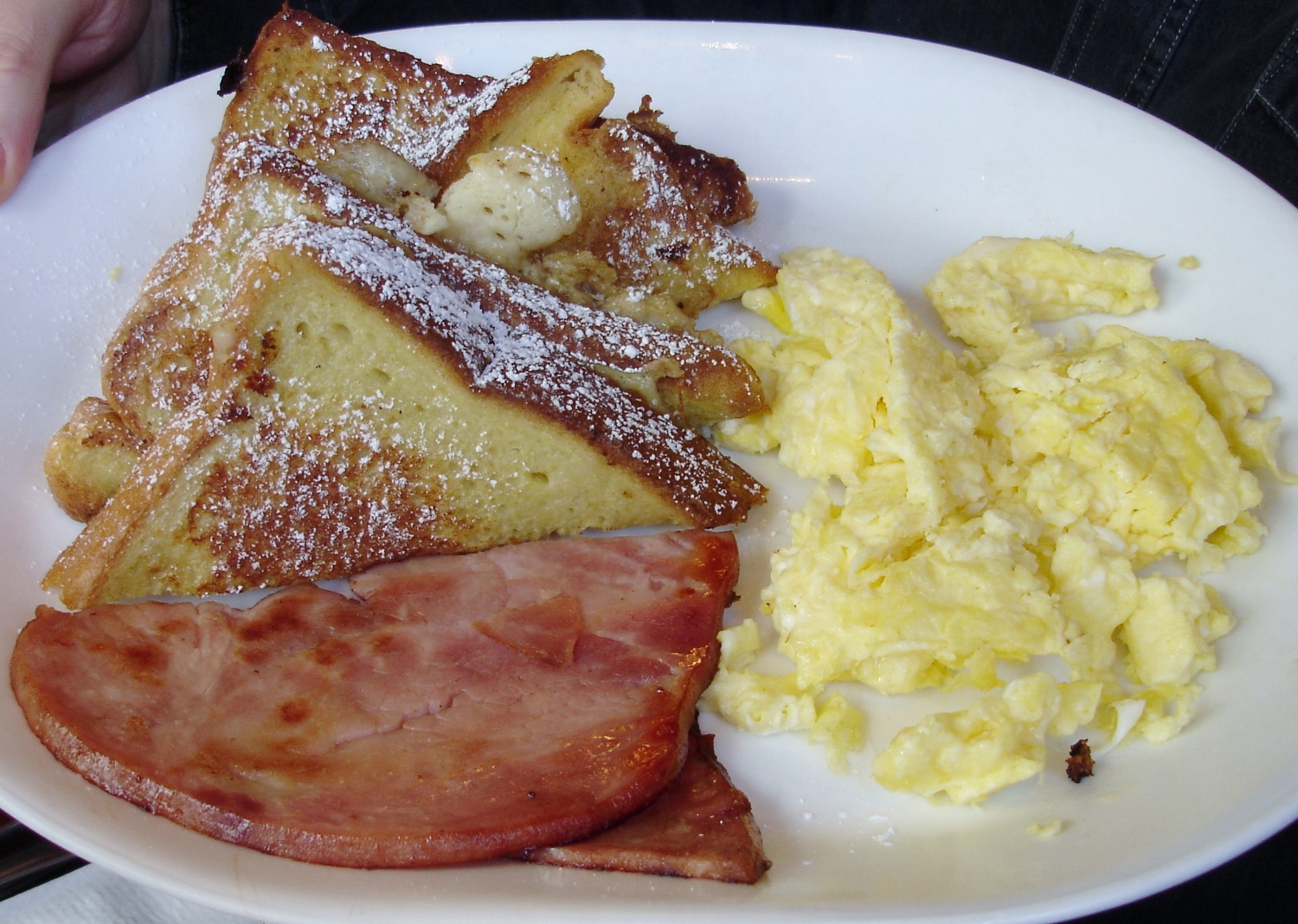 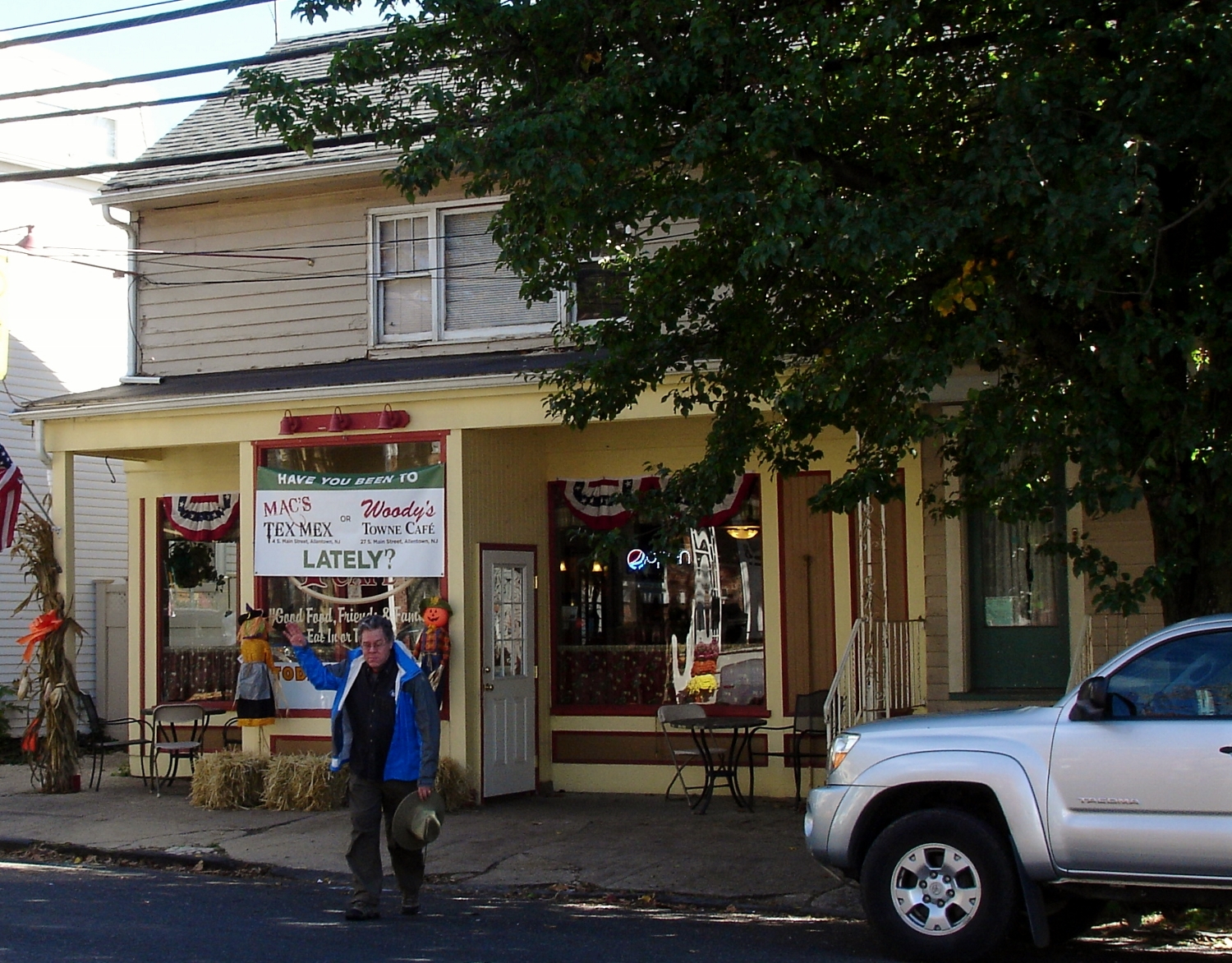 Allentown, Checking In At