Most of what we sampled at The Chowda House was good; some was mediocre. It’s good enough, though, to warrant a return visit to explore more of the menu. That name almost kept us away. It’s a pretty good rule of thumb that when a restaurant uses cutesy names like “chowda” instead of chowder, you’re dealing with a strictly-for-tourists joint. But that rule is violated here. Not that Red Bank is any kind of tourist magnet to begin with but Chowda House, across the street from the train station, is fairly unobtrusive and not in the choicest part of town. If they want to survive they’ll have to click with locals and commuters. 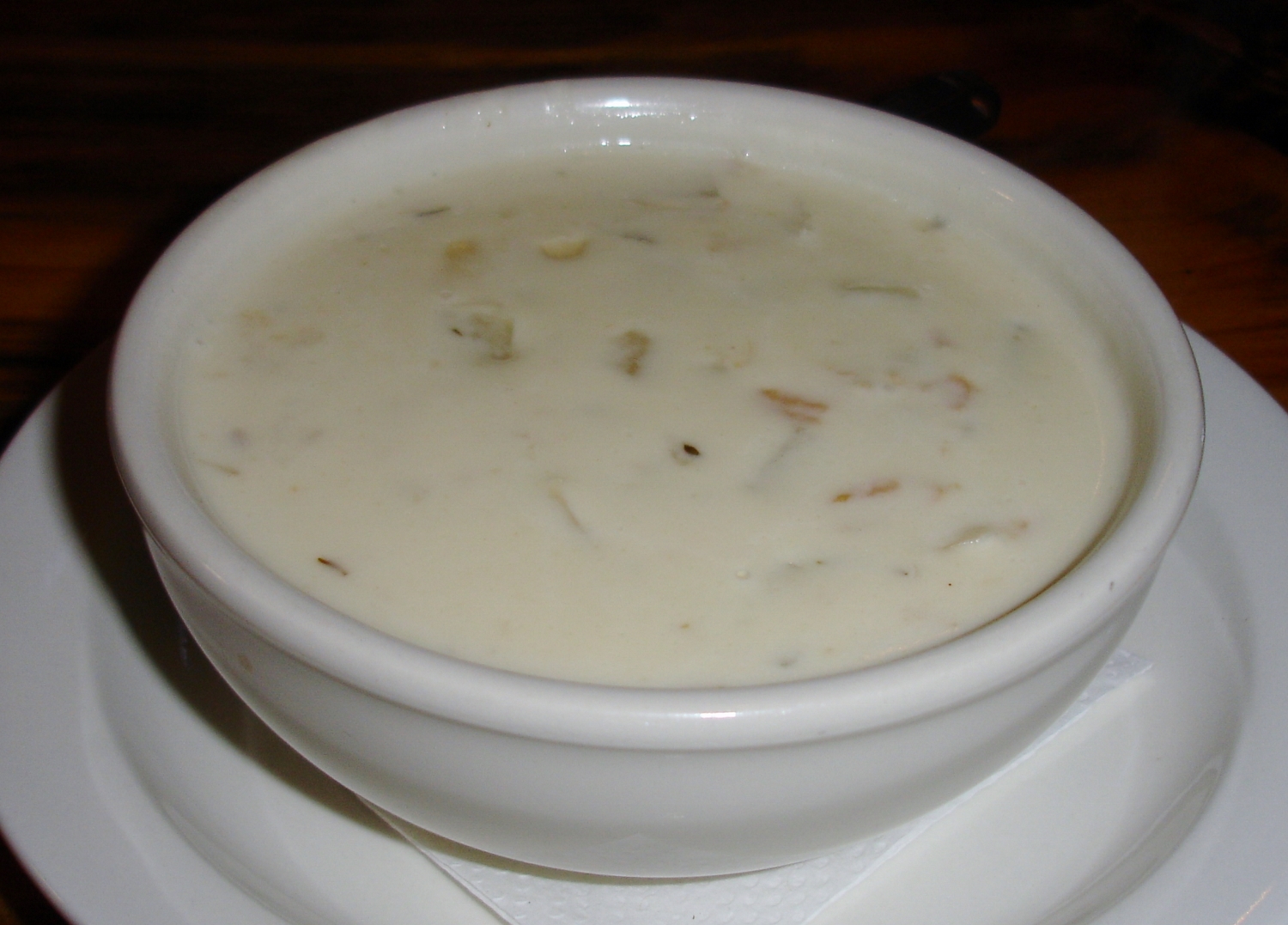 Their signature dish, New England Clam Chowda, is excellent, a very credible New Englandy version that, to out tongues, was dairy-creamy rather than flour-creamy. Nice silkiness with diced potatoes and a hint of… thyme? If you like a super-clammy potion this one won’t do it for you but we like this chowder. Oddly, although they fancy themselves a Rhode Island-style seafood place, they don’t offer Rhode Island-style chowder.

When you enter the restaurant you are face-to-face with the takeout counter and the kitchen behind it. If you’re eating in, you’ll be seated in the nautically themed dining room to the left or, if the weather’s fine, outside in back. Thankfully, the nautical theme stops well short of Captain Horatio McCallister’s The Frying Dutchman. 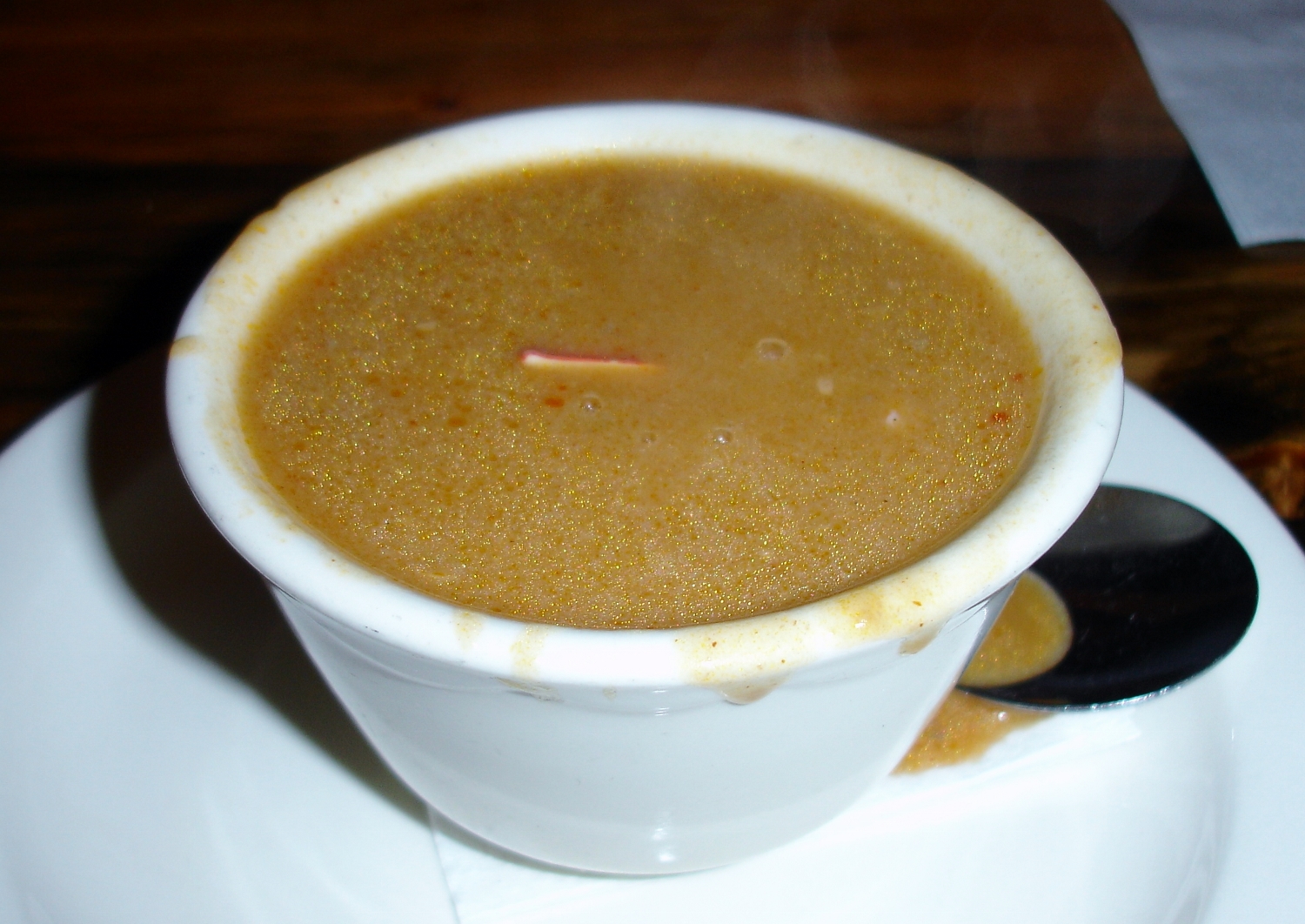 Lobster bisque was a special this evening and it is much better than the typical super-thick white sauce thing. This brew is brown and much thinner, dense with great flavor. 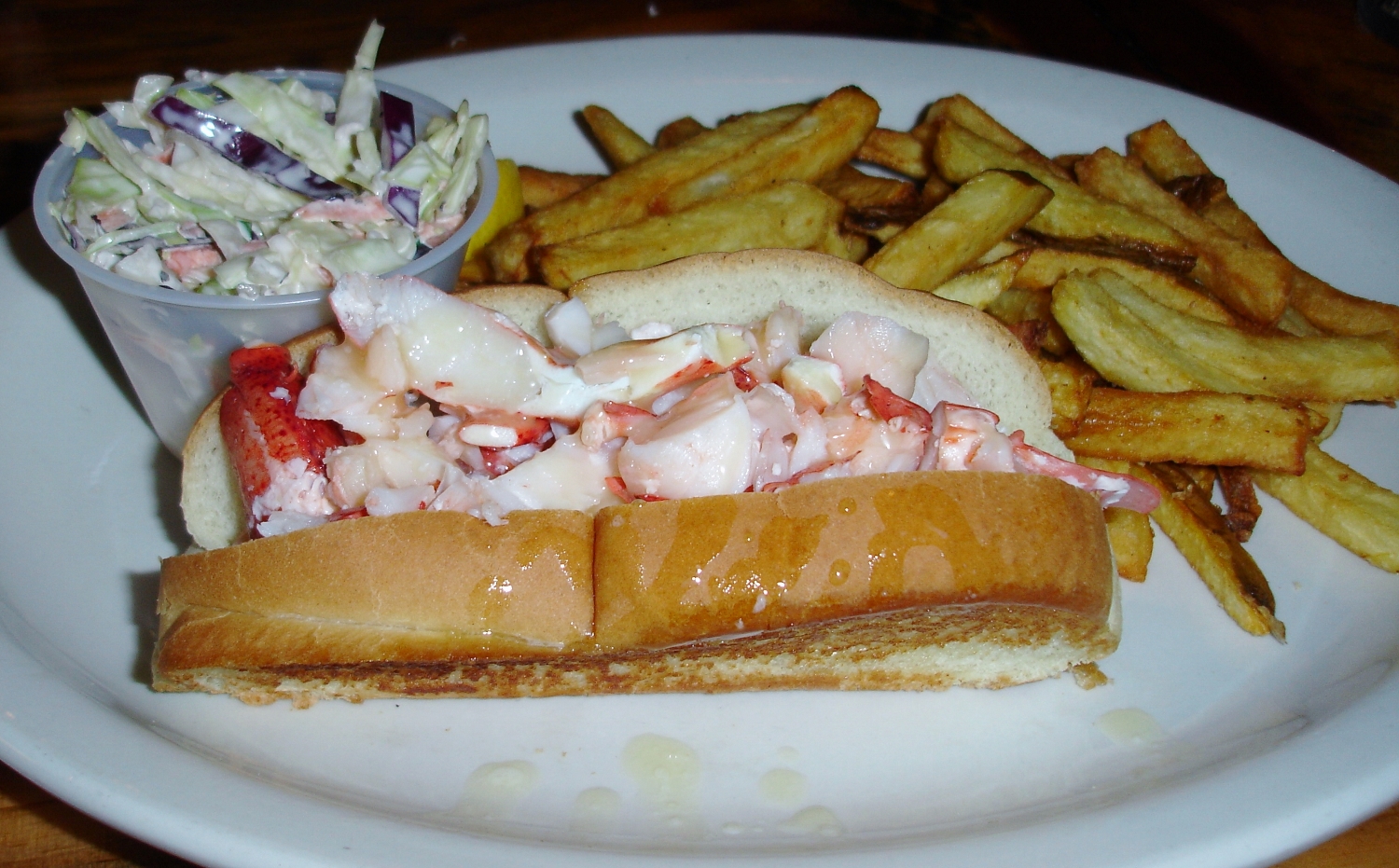 Unfortunately, all the flavor in that lobster bisque must have come at the expense of the cooked lobster because the cold meat on this $20 daily special lobster roll was almost devoid of flavor. Too bad, because they grill the top-loading bun beautifully, and offer the roll with melted butter. Also, their homemade slaw is excellent and refreshing, and the homemade fries are crisp. 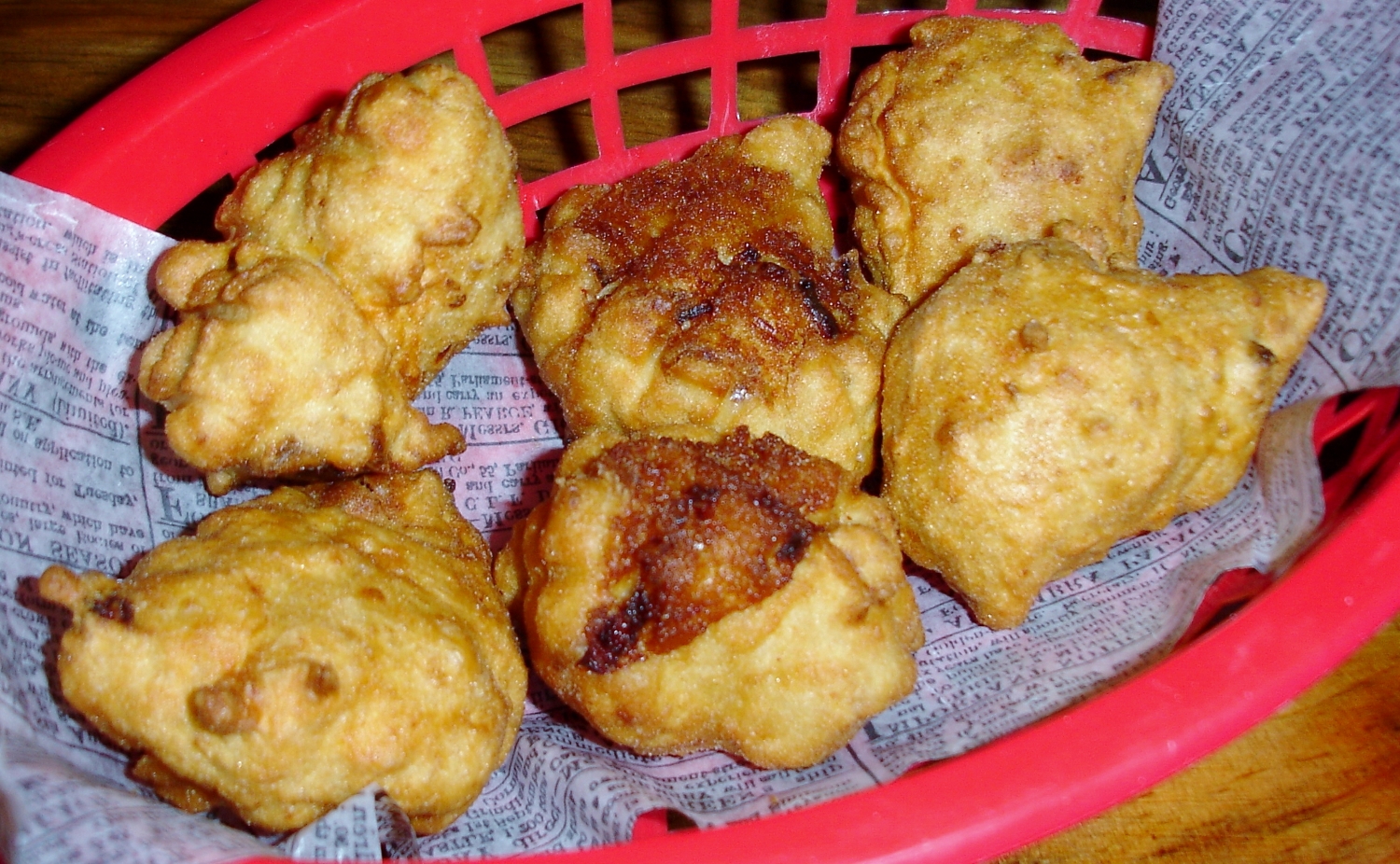 Clam cakes are a traditional accompaniment to chowder in Rhode Island, and The Chowda House offers them. These chewy little fried dough chunks aren’t bad, but they are nothing like the puffy ones you’ll find in RI.

Chowda’s Beer Battered Fish and Chips: we don’t know what kind of fish they use but it was fried perfectly, leaving the fish super-moist. The batter crust is crisp. We like how the fish remains so quiveringly soft that, even with a crisp crust, it falls apart as a piece is lifted from the basket. That lemon Tabasco aioli is an excellent sauce. 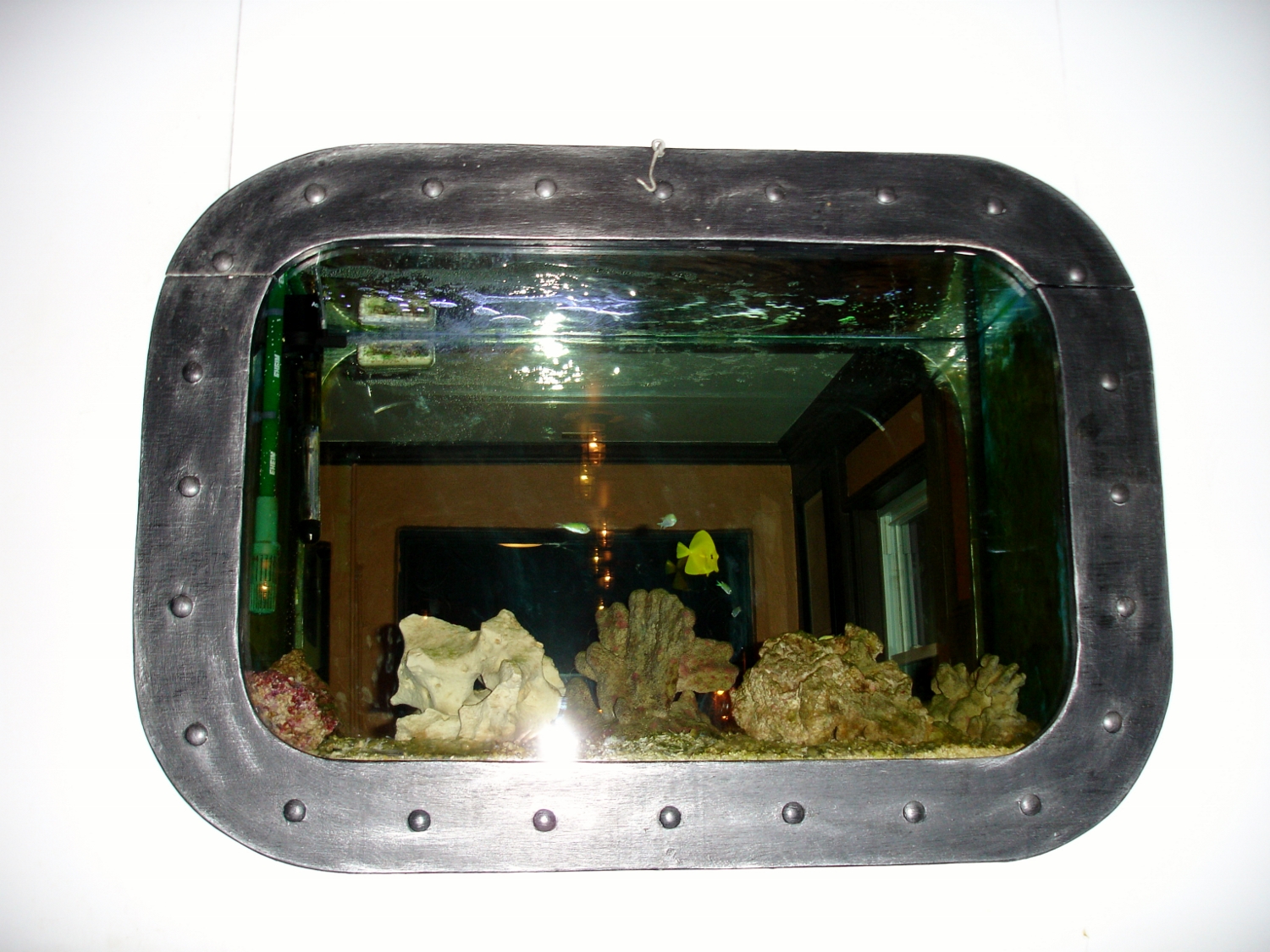 Enjoy the goings on in the fish tank as you dine on their cousins. 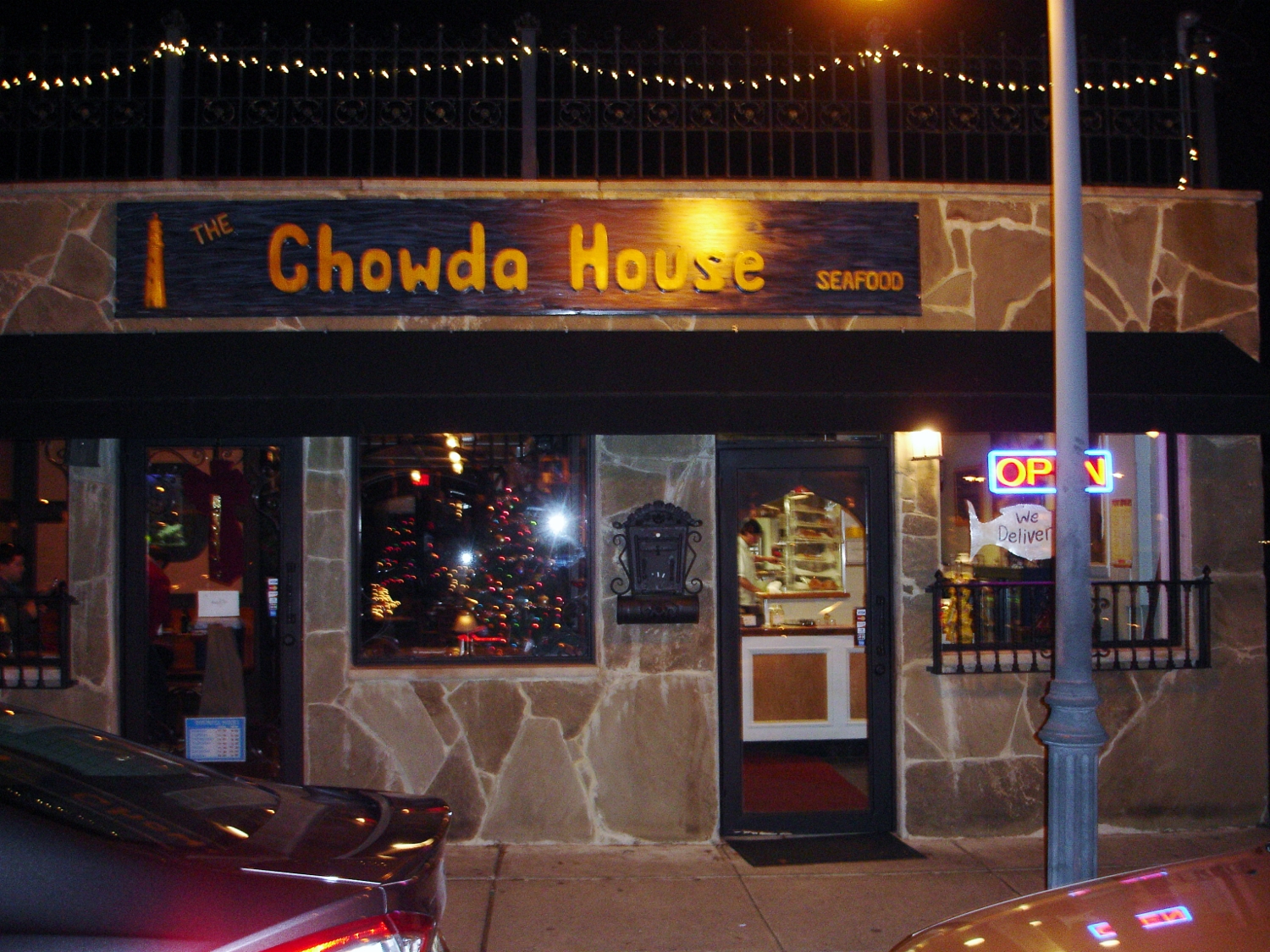 Next time at The Chowda House we have to sample the whole belly fried clams, a rarity in New Jersey.