Checking in at: Sharkey’s, Binghamton NY

Through the decades we still maintain that the charcoal-grilled pork spiedies served at the 1947 Binghamton tavern Sharkey’s are the Platonic ideal of the Italian-accented skewered meat dish. Yes, it doesn’t hurt that Sharkey’s almost looks like it’s still operating in 1947, and it’s hard not to love what, to be perfectly frank, can still be described as an old man’s bar with a dining room in back. 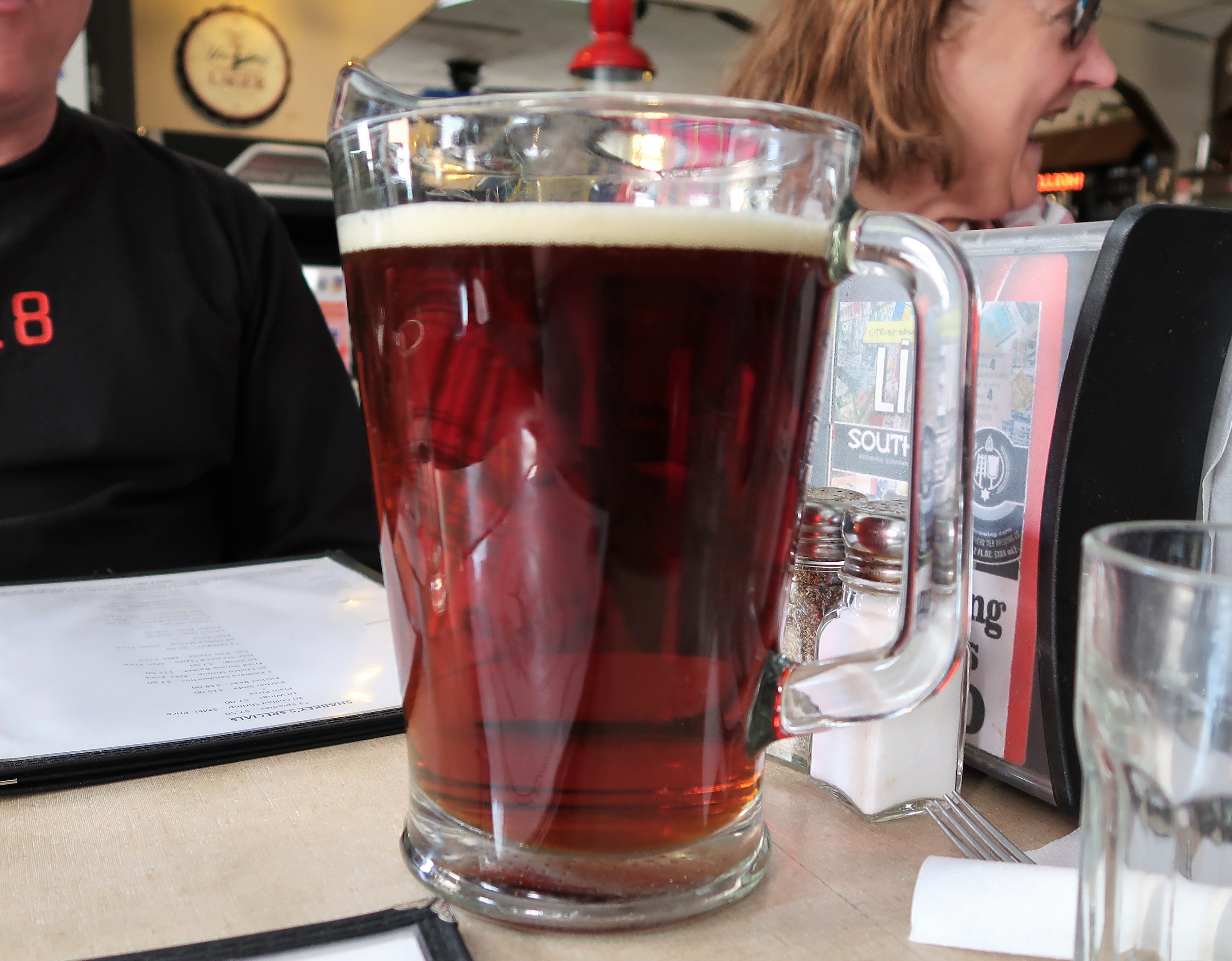 With spiedies, beer is de rigueur, preferably by the pitcher. This is Sam Adams Oktoberfest. Usually, tap choices are pretty much limited to a lite beer, a wheat beer, and Yuengling.

Sure, they have made some subtle updates to the place; it’s not run-down or disheveled, but little effort has gone towards modernization, either. You want to go full Sharkey? Dine in one of the old dark wooden booths along the windows. And be sure to play a few games of shuffle bowling, though the game has seen better days.

The spiedies are perfect, although we recommend you ask for them well-done, which not only maximizes crustiness but also ensures that all the meat chunks are cooked through (occasionally, we’ve received a semi-raw chunk at the end of the skewer). Other spiedie places around town add vegetables or cheese (horrors!) to the mix, and cook the meat on a flattop. The meat is then served on a dry and bready sub roll. All of that is wrong in so many ways. 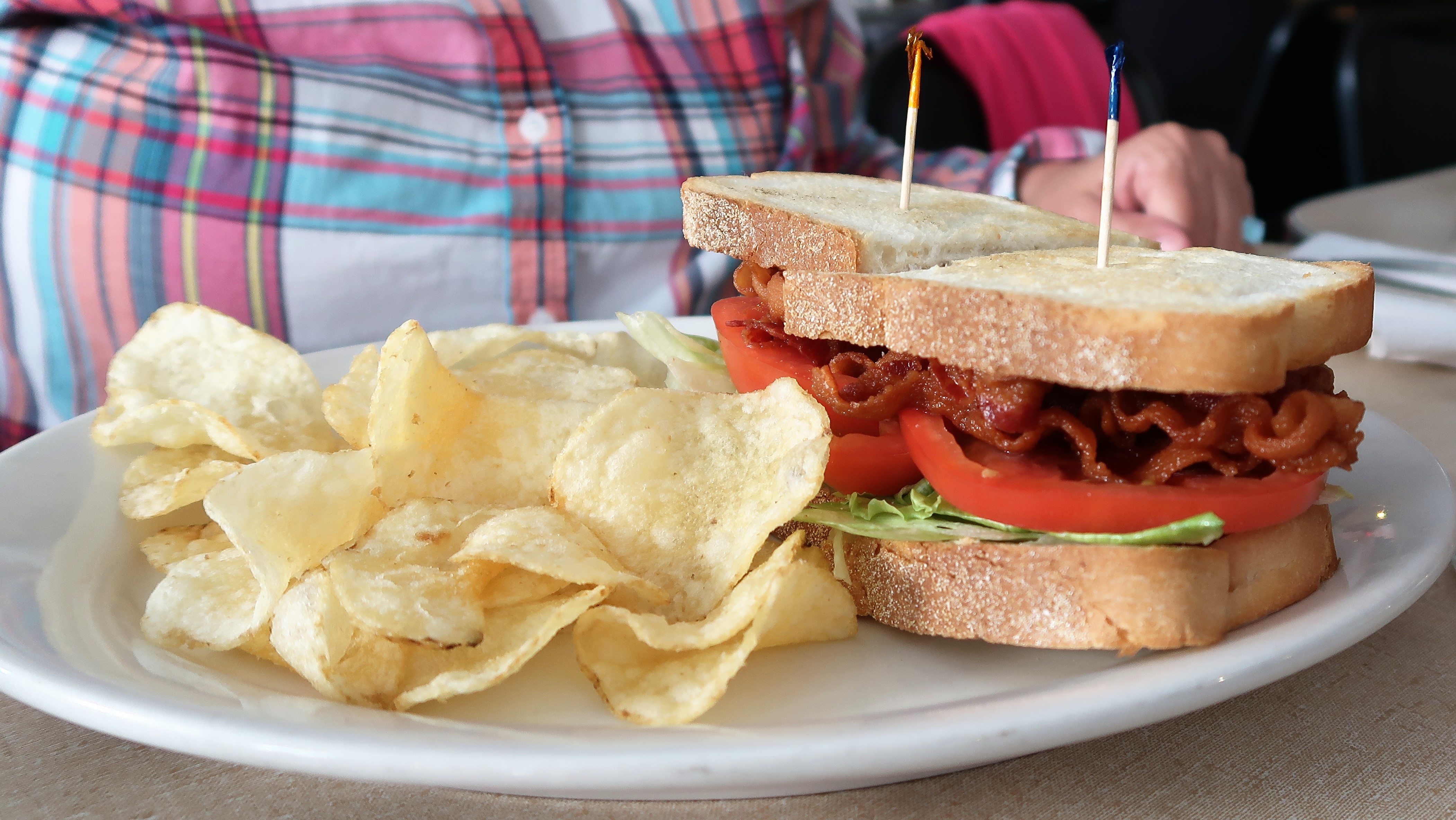 Sharkey’s has a big menu, with plenty of non-spiedie choices available. We know people enjoy the clams and pizza, but today one unconvinced dining companion of ours went with a BLT. We’re not saying you should come here for a BLT but she did say it was darn good.

You want meat, no vegetables, no sauces, NO CHEESE, and you want it charcoal-grilled. Serving the meat on thin sliced soft bread ensures a perfect proportion of meat to bread. And spiedies really should be eaten alongside a big pitcher of beer. We’ve tried to do it at home on the grill. So far, we still haven’t achieved complete Sharkiness. 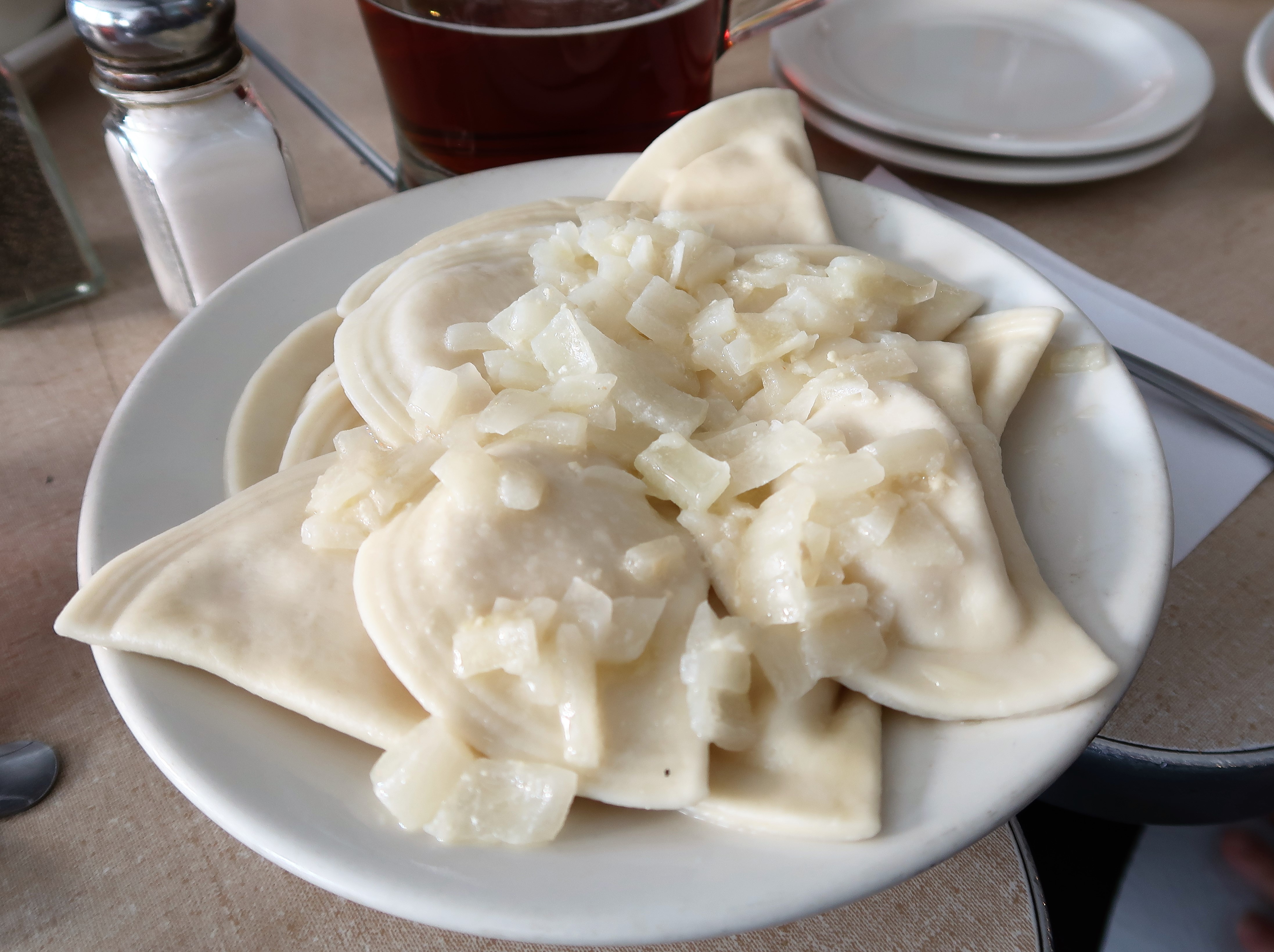 Although spiedies are apparently of Italian-American origin, Sharkey’s is actually eastern European – the owners’ name is Sharak. The pierogi, we’re fairly confident, are simply Mrs. T’s, but they are served boiled, in a pool of melted margarine and plenty of soft, diced onions, and they make a splendid companion to spiedies. 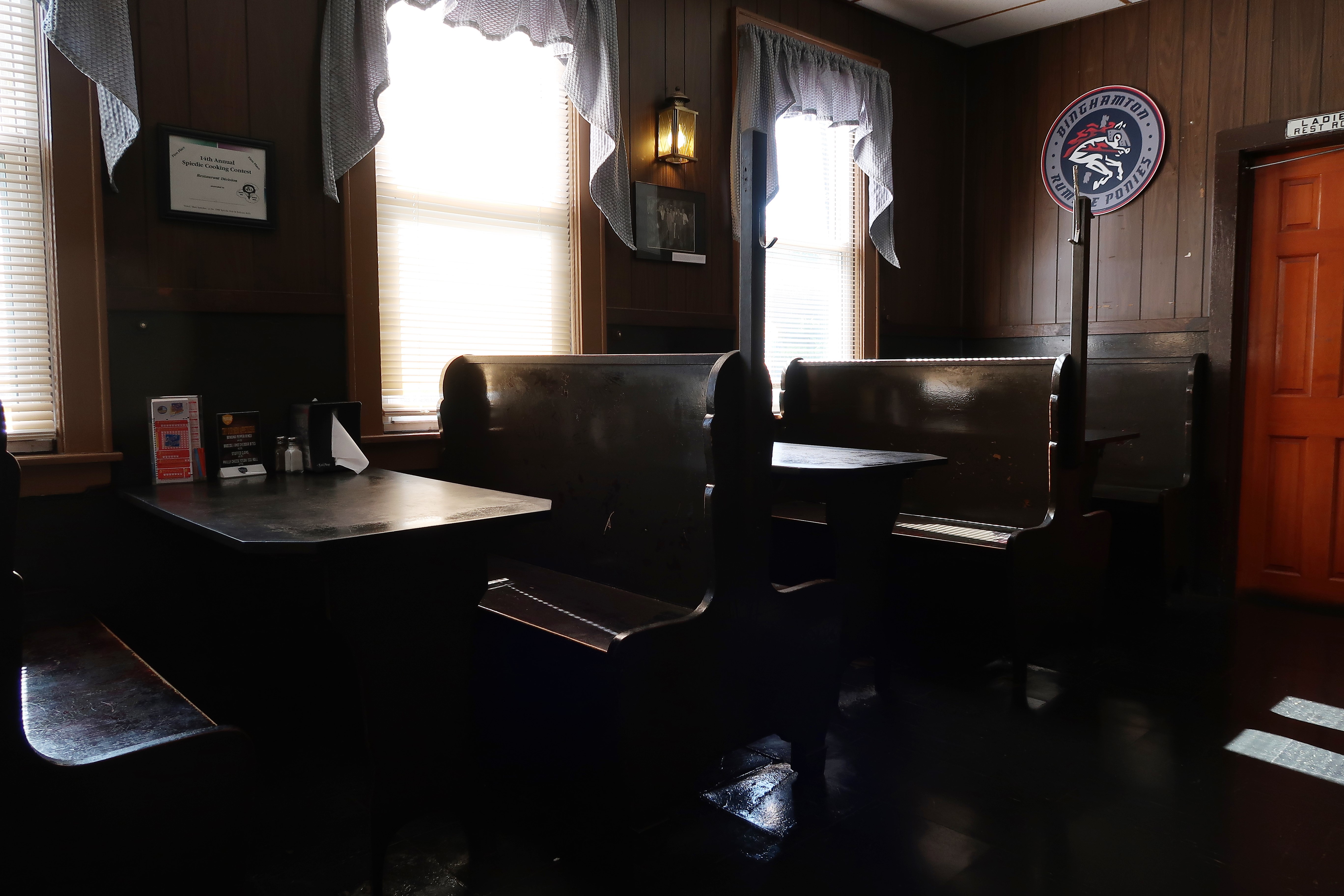 The booths, we’d have to assume, have been here since day one.

You’ll probably park in Sharkey’s lot, which means you’ll enter through the rear door. That puts you directly into the dining room.

Binghamton, Checking In At, New York