There are food festivals and then there are FOOD festivals. What we mean is, the celebrated food at many festivals often makes something of an honorary appearance, while the entertainment and carnival atmosphere become the primary attractions. And then there’s the Virginia Pork Festival in Emporia, where the focus is on pork, pork, and more pork! The 2016 edition, which takes place this Wednesday, June 8th, from 4 until 8 p.m., will mark the 43rd annual celebration of the Virginia pork industry. 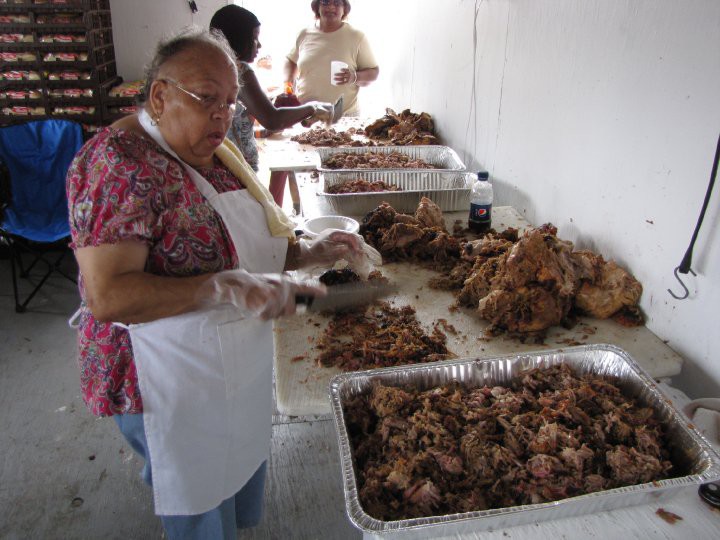 Chopping up the pork butts for BBQ 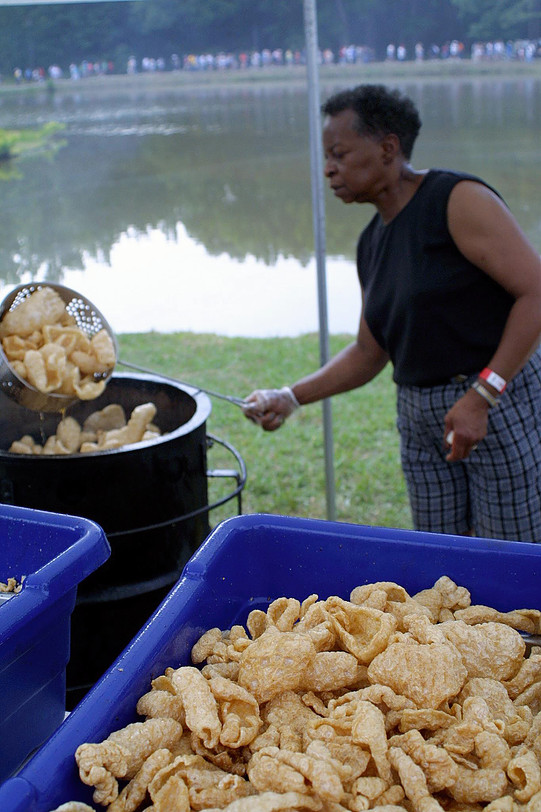 Side dishes will include black-eyed peas with ham, hush puppies, corn-on-the-cob, fried sweet potatoes, pork and beans … Dessert? You really think there’ll be room? But yes, they’ll be serving banana pudding and strawberry shortcake. Drinks, both soft and hard, including national and craft beers and ciders, and a full bar, are also included. You’ll be entertained by live country, rock, blues, jazz, and beach music from five stages. You must purchase tickets in advance – there will be no gate sales! See the festival website for all the important details.