They put tomatoes in the barbecue sauce in western North Carolina, but in the eastern part of the state you’ll find a thin, peppered, vinegar-based sauce. Ideally, the whole hog is cooked with wood or coals, and then hacked up and doused with some of that sauce for trays and sandwiches. Unfortunately, true, wood-cooked pork is becoming ever more rare in the Tar Heel State. Jared Brumbaugh, reporting for Public Radio East of eastern NC, visits three classic eastern Carolina barbecue pits that still do things the old-fashioned way. 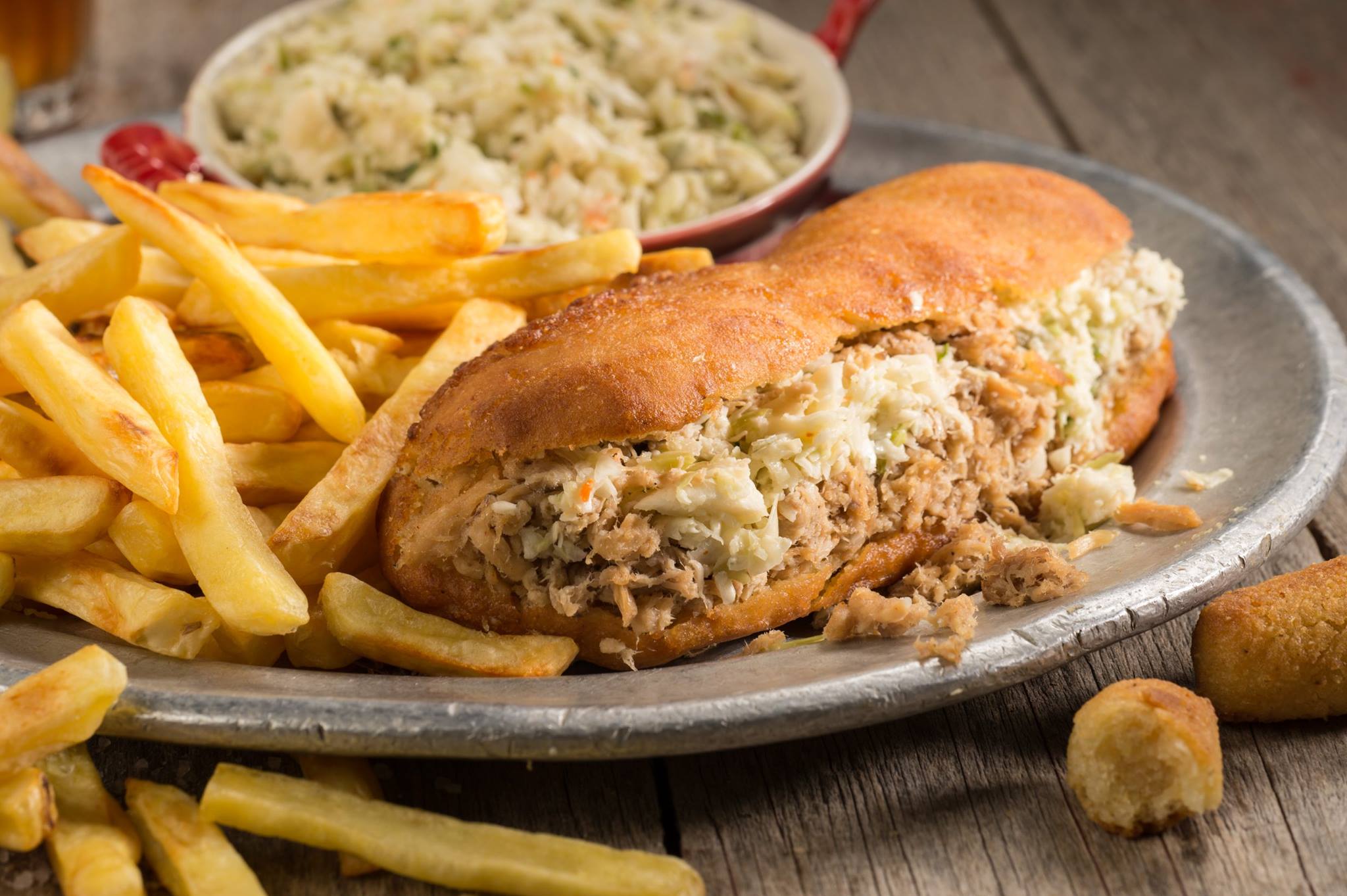 B’s in Greenville has been smoking pork for over 40 years. They close when the meat they’ve cooked for the day runs out. At the Skylight Inn in Ayden, texture is king: bits of crunchy skin are hacked into the meat. Manager Sam Jones says you either love it or hate it. Most people love it. At Kings in Kinston, sauce is their claim to fame. The owner admits to using A-1 sauce in his BBQ sauce but won’t divulge the rest of his secret recipe. Listen to the full story here.