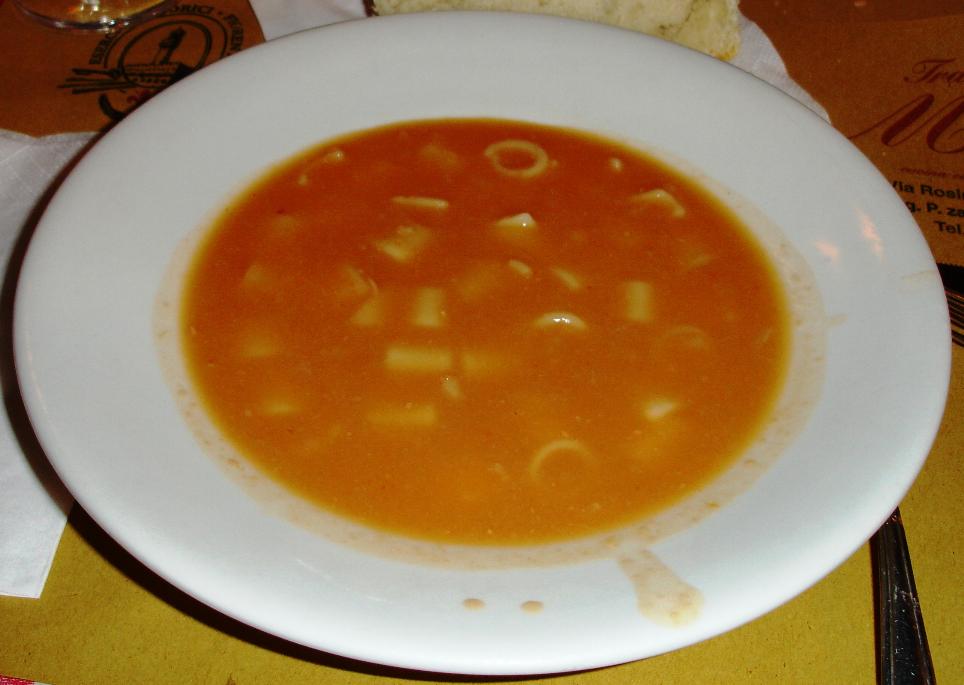 Noccioloni su’ Fagioli: bean soup with pasta. Bean soups with pasta or farro (a type of wheat) frequently appear on Tuscan menus. The beans in this soup have been pureed to a smooth texture. 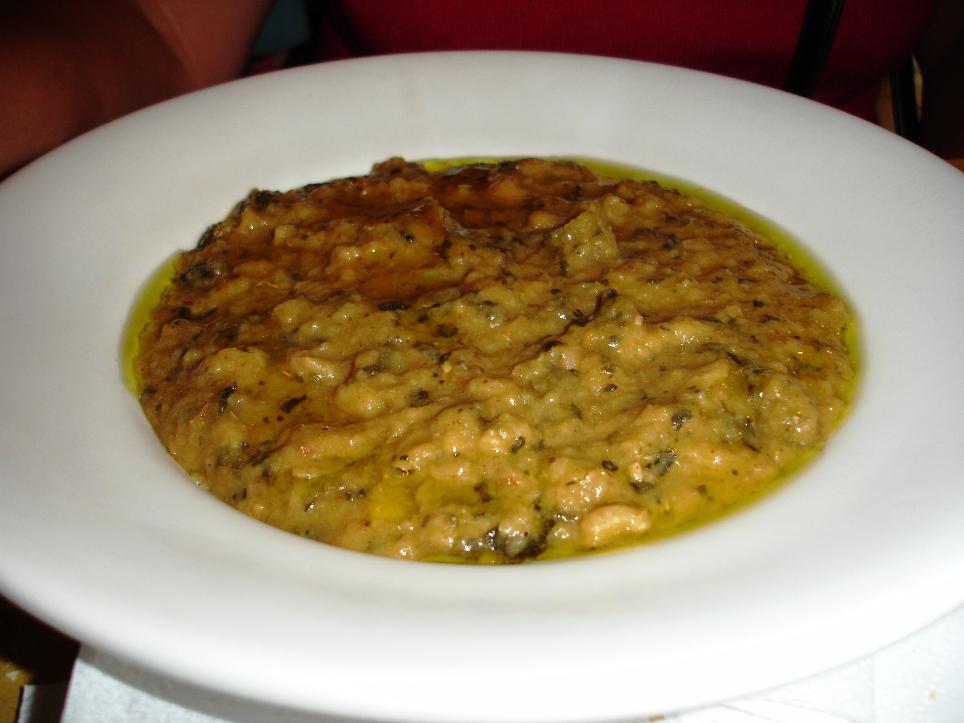 Ribollita may well be the signature dish of Tuscany. Its preparation varies but the constants are the bread thickener, and black cabbage. Tuscan bread shows up in many prepared dishes; it does not contain salt and many visitors do not enjoy it on its own. This is a soup, and yes, it’s normally this thick. The olive oil slick applied to the surface is also typical; Tuscany is a great producer of the stuff and it gets drizzled over just about everything. 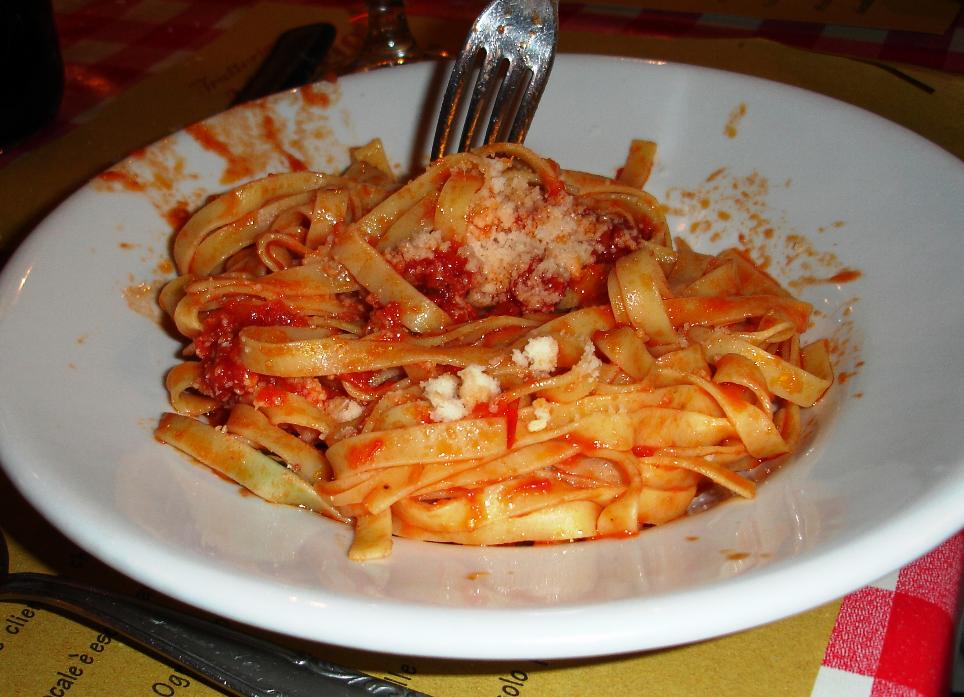 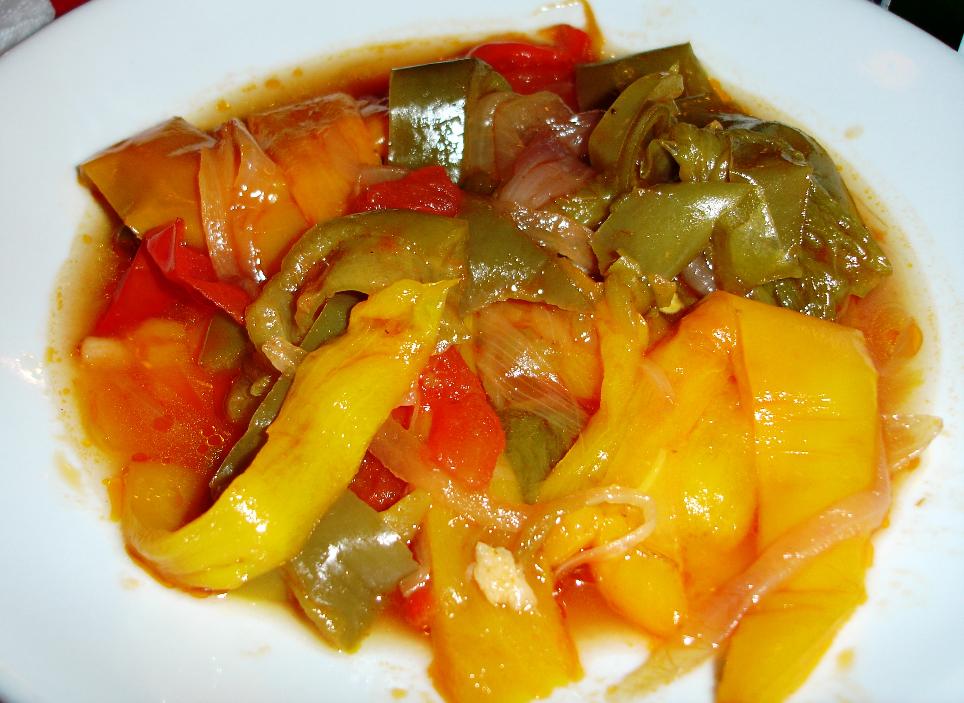 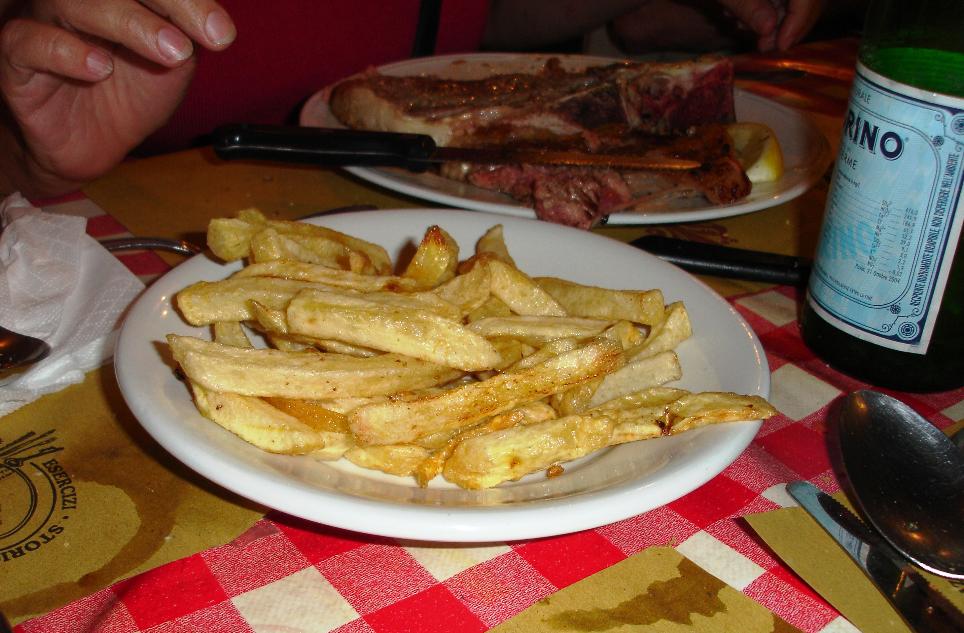 Patate Fritte: fried potatoes (French fries). These are hand-cut and cooked in olive oil. They do not taste like fast food. 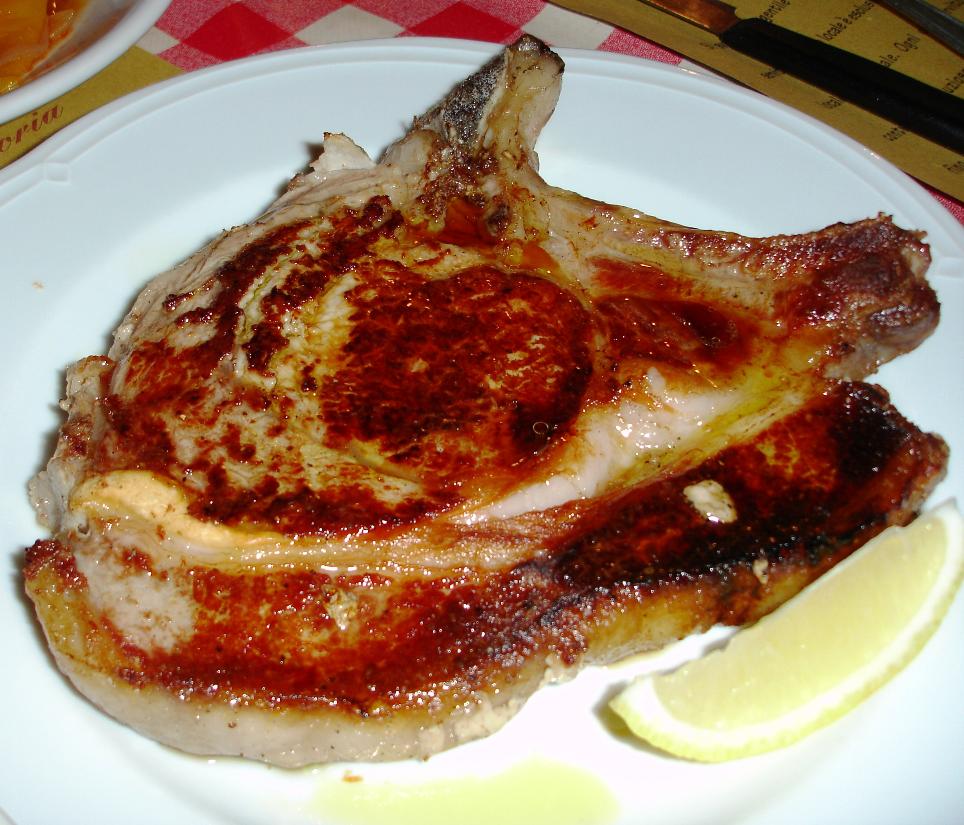 Lombatina di Vitella: veal chop. And an extraordinarily juicy and flavorful piece of meat it was! 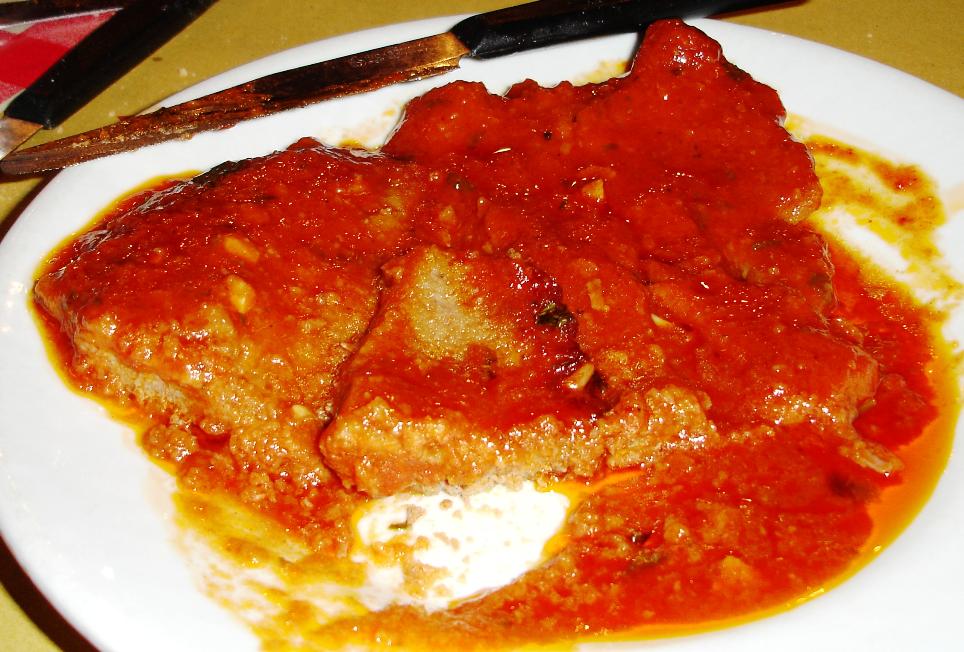 Braciola in Salsa: in the US, braciola is a thin piece of meat rolled up around a stuffing and stewed. It can be that in Italy, but not necessarily. This is a flat, unstuffed version, and it is fantastic. It reminded us of the breaded steak sandwiches of Chicago. We believe this is likely the origin of that sandwich. 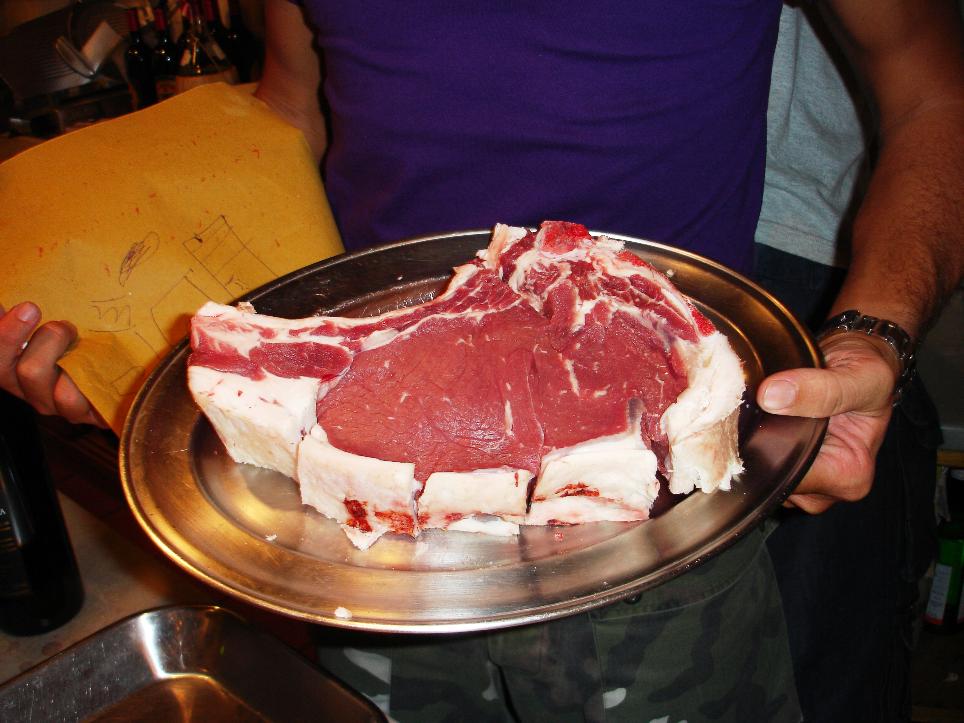 This humongous piece of beef will become Florentine Steak. Beautiful as it is, note the almost total absence of intramuscular fat. This is common in Tuscany, and is the reason the steaks are prepared so rare (and rarer than many Americans normally eat their beef); cooked any more than that and the meat is just way too tough and dry. 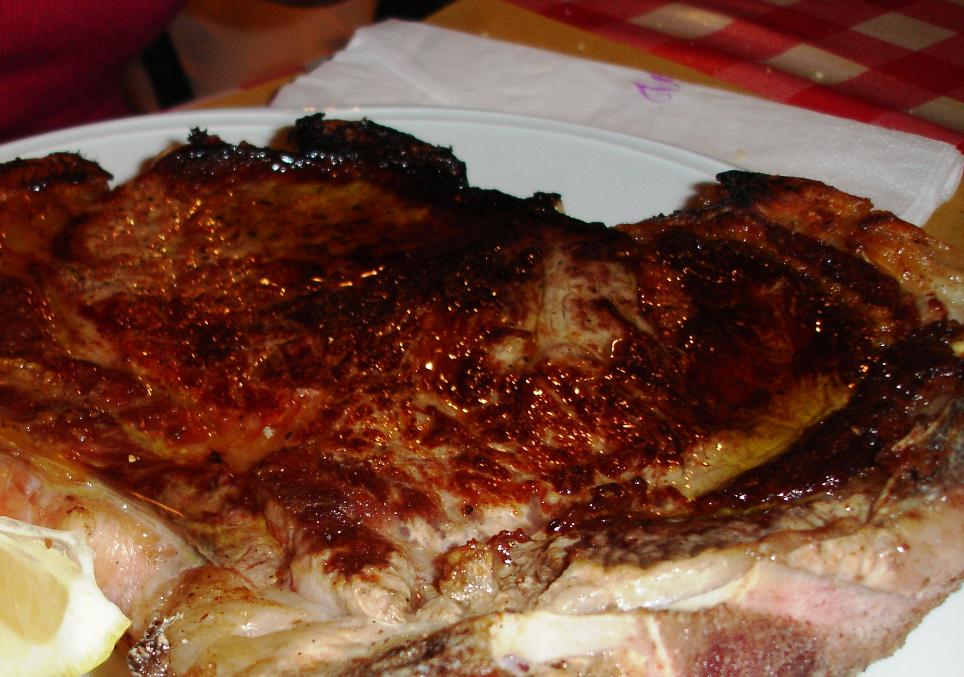 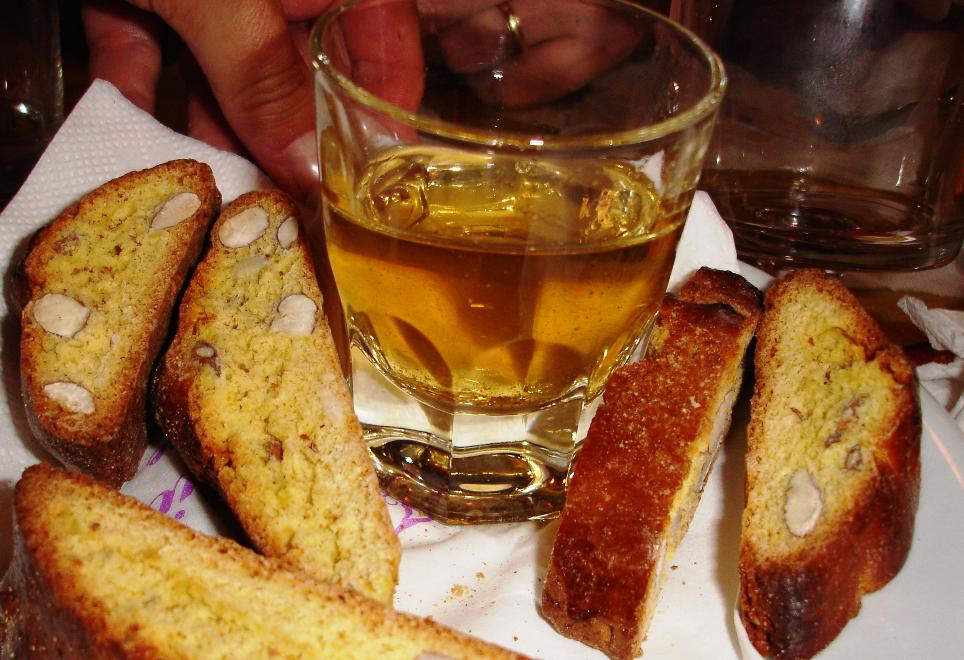 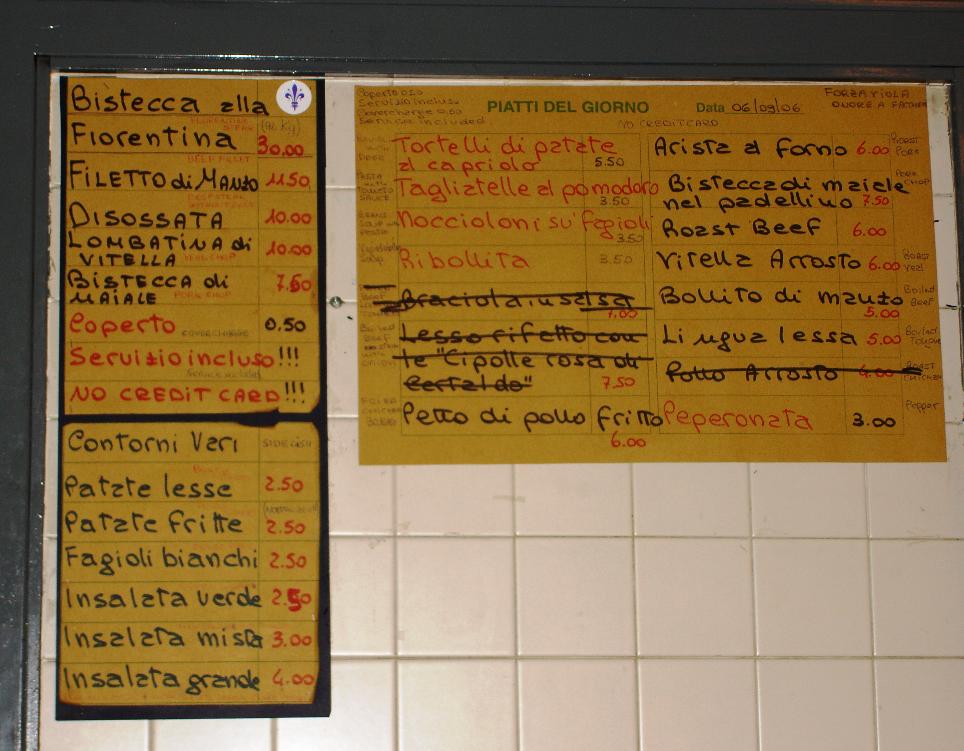 As you can see, braciola has been crossed off the list. We got the last one, and felt bad when a local regular sat down next to us and was told they were out! We got over our guilt quickly. 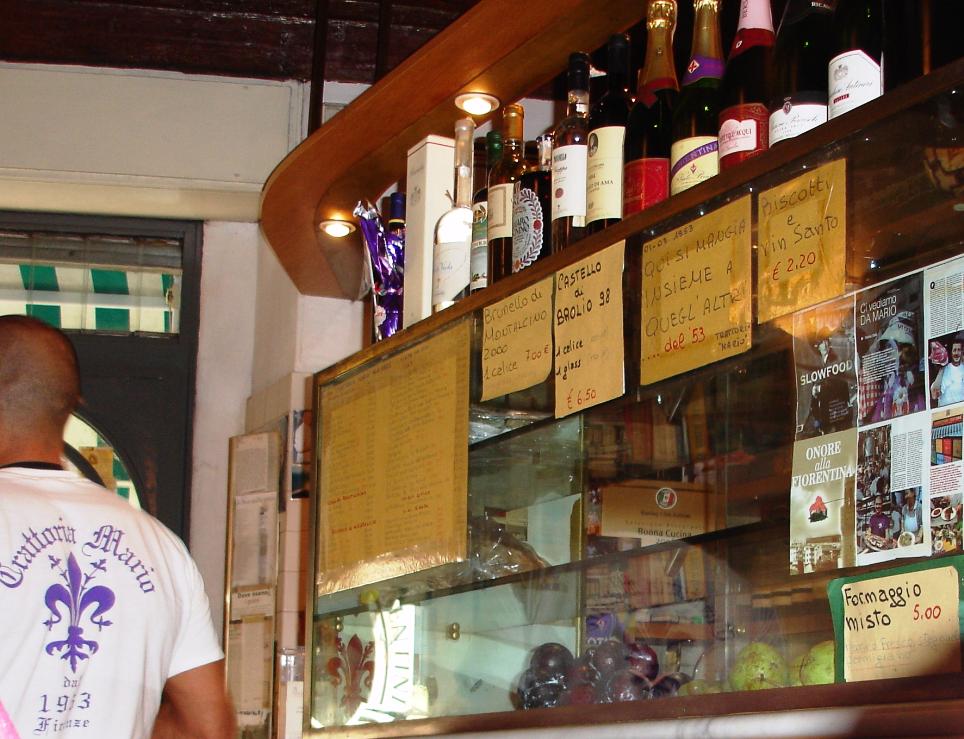 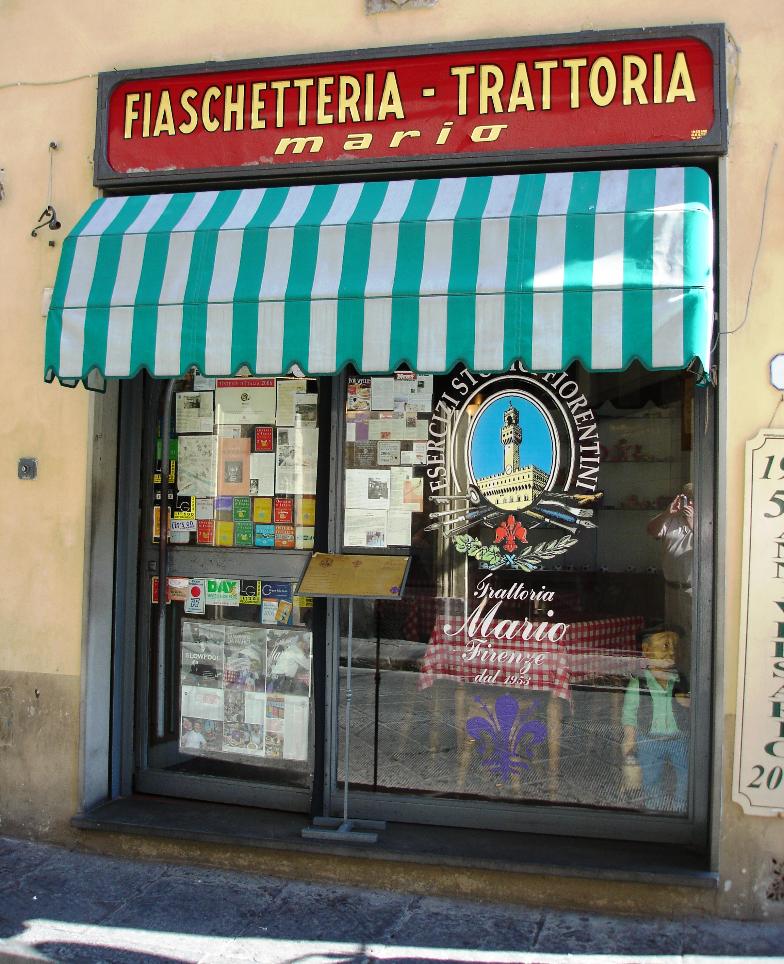 Fiaschi are those straw-covered bottles that cheap Chianti used to be sold in. A fiaschetteria is similar to an enoteca, but is even more downscale and basic. Mario has received a good bit of acclaim; the door is plastered head to toe with clippings.