When The Shack opened in East Lyme in 1989, it was practically a shack, albeit a shack that quickly became known for the quality of its breakfasts. Thirty years have come and gone, and there are now two additional Shacks not all that far from the original, in Waterford and Groton, and that first Shack has found a new, more modern home in East Lyme. They’ve also expanded their hours, now serving all three meals (except on Sundays, when it’s still breakfast only). 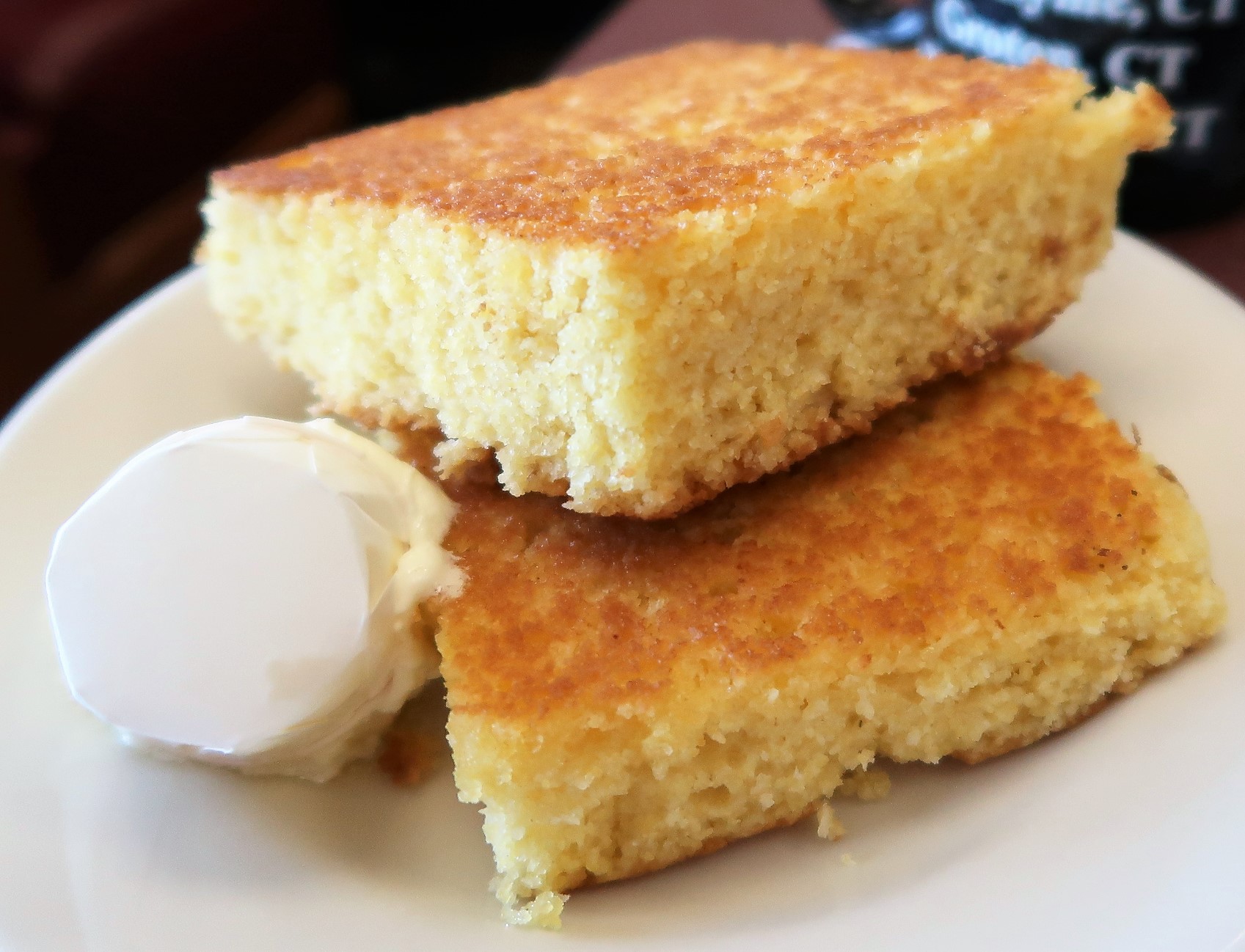 The Mess entitles you to a serving of The Shack’s grilled corn bread. It’s not quite as sweet as the typical Northeast version, and the grilling intensifies the corniness and gives the bread a good crunch.

The menu offers few surprises, and strikes us as something of a diner-style roster of classic American food: pancakes, French toast, eggs in the A.M., tuna melts, turkey clubs, and burgers later in the day. The Shack’s unique twist comes in the execution: the food is better, and more consistently better, than diner food. Unlike in a random diner, you don’t have to worry about the meatloaf (made here, and worth ordering), and unlike in most diners, you don’t have to avoid the seafood (the scallops are fresh from down the road in Stonington). 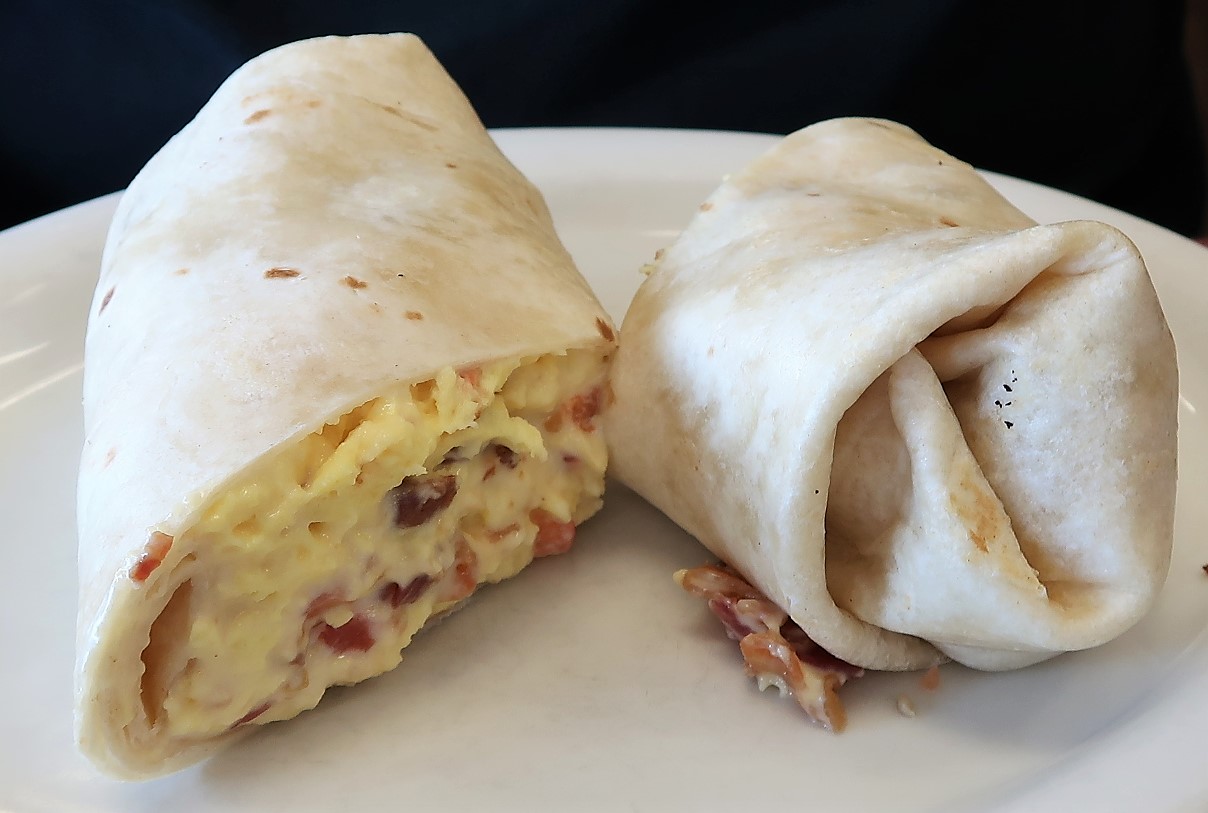 The Bacon Wrapper is stuffed with eggs, cheese, bacon, and tomato.

Our favorite meal at The Shack is the one upon which their original reputation is based: breakfast. If you are famished you can’t go wrong with either of their signature egg breakfasts, The Mess or the Kitchen Sink. They both start with a plate of home fries topped with scrambled eggs, and then diverge in their garnishment. Do you want ham, buttermilk biscuits, sausage gravy, and bacon (the Sink) or ham, vegetables, sausage, cheese, and bacon (Mess)? Either way, you won’t need to eat again until dinner, if not tomorrow’s breakfast. 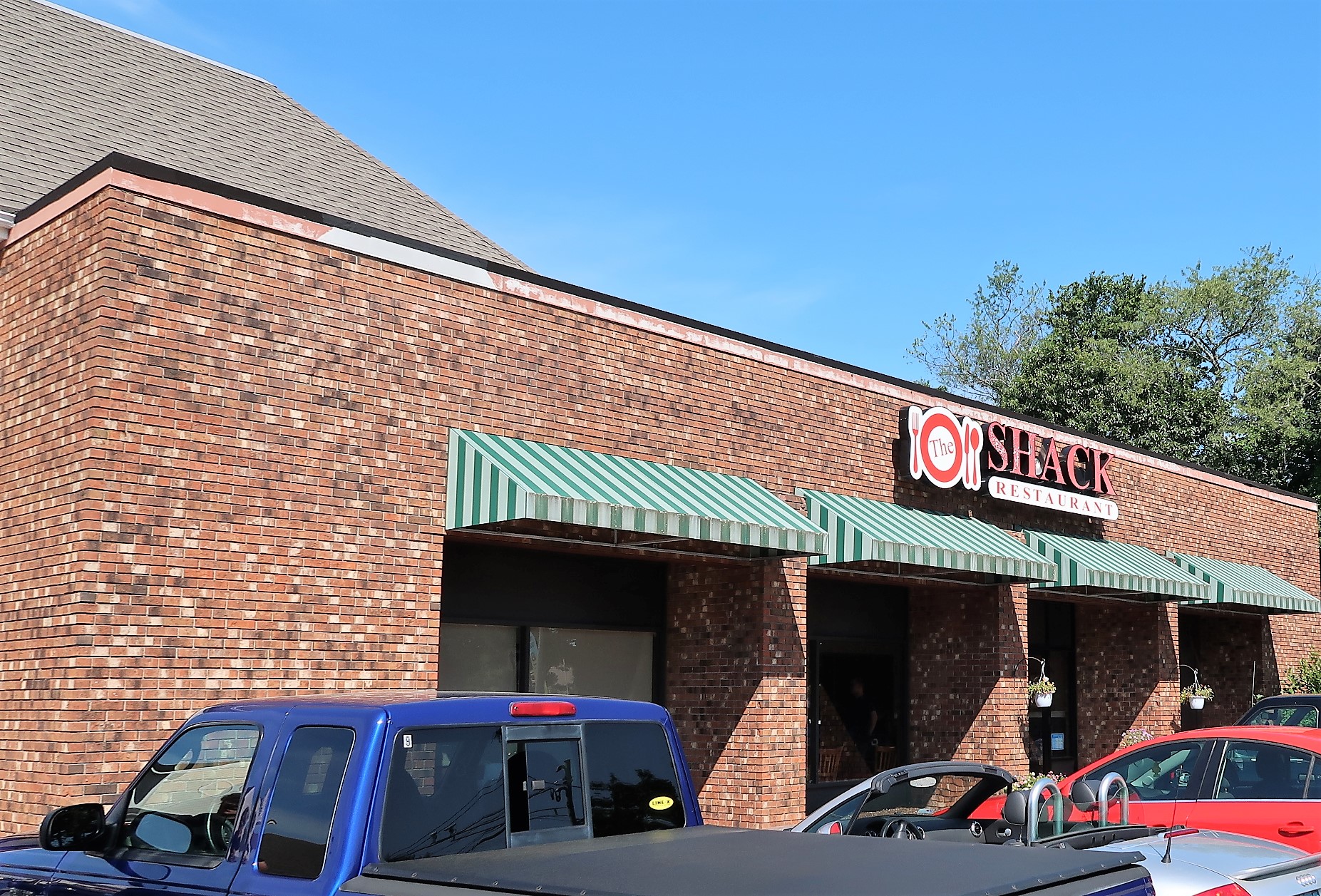 The Groton Shack is the newest of the three Shacks, open since 2010.

Does it matter which of the three Shacks you visit? From our own experience, not a whit.

BEST THING TO EAT: The Mess

breakfast in Grotoncasual restaurants on the CT coast