Philadelphia cheesesteaks are traditionally served on long rolls. While it’s rare to encounter one on some other kind of bread, it’s not unheard of. One of the best cheesesteaks in the region is served on a round hard roll, just across the river in Camden’s Donkey’s Place. And here in Seaside Heights, the dueling cheesesteak joints known as The Original Steaks and Steaks Unlimited, across the street from one another, employ pizza bread as the absorbent vessel for the thinly sliced beef, goopy cheese, and well-cooked onions. 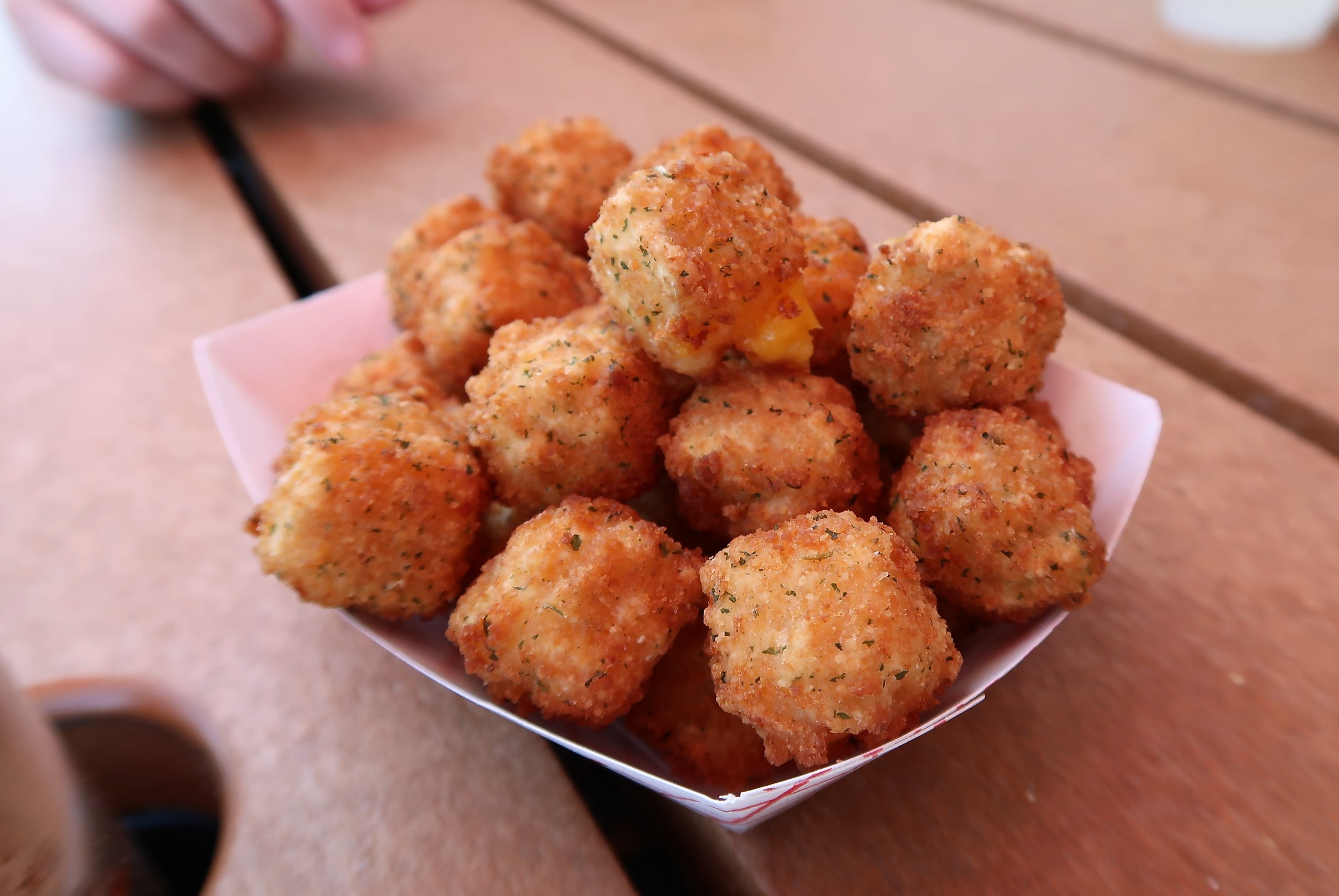 Yes, that’s the same bread, in principle, that cradles northern New Jersey’s beloved Italian hot dog, although, to our palates, the bread used up north does have some of the brawn of Italian bread while this shore version is cottony soft. The cheese is sliced American, which does the trick, although the meat tends to be less oily than on your standard cheesesteak and could really benefit from some Whiz. 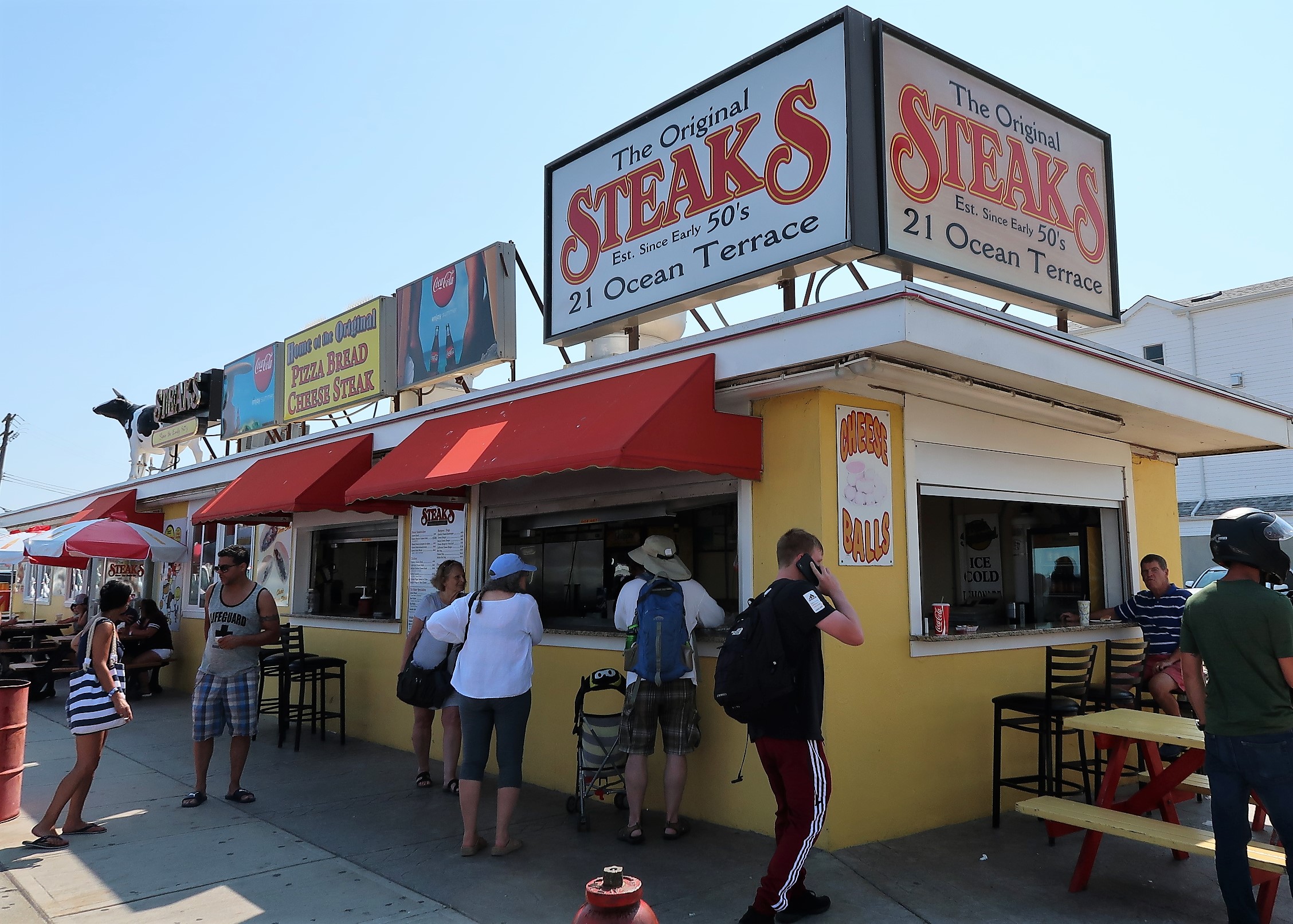 Original Steaks was opened on the site of Steaks Unlimited, which moved across the street. Both are a short block off the boardwalk, near the south end of Seaside Heights.

They love cheese balls at the shore. Cheese balls are breaded and seasoned balls of orange cheese, deep-fried (regional food enthusiasts will recognize them as a variation of Wisconsin/Minnesota fried cheese curds). While cheese balls are consumed as is by the thousands each summer, a favorite way to maximize your cheese intake is to ask for them to be added to your cheesesteak! We think it sounds promising; next time.

The sign on The Original Steaks notes that they’ve been around since the early ’50s. Well, maybe sort-of. See, it seems that Steaks Unlimited was on this site for decades. Clem, the owner, moved his business across the street, where it operates to this day. Sal, Clem’s brother, then opened The Original Steaks in the building vacated by Steaks Unlimited … WITHOUT his brother Clem’s blessing. And therein lies the origins of one of those classic Northeast restaurant family feuds. As usual in such circumstances, the paying customers have chosen sides, complete with expressions of undying loyalty and badmouthing the other guy. Thing about the above story we just told: we’re not even sure it’s true. It’s the best we could piece together, but some of the info is conflicting. But what’s the fun of these feuds if you can’t play along?

As would be expected, The Original Steaks is open long into the early morning hours on weekends, when perhaps it’s at its most pungently atmospheric.