Long-time and former residents of Fort Pierce, Florida have fond memories of a festival that was held in town for many years: the Sandy Shoes Festival. The cattle ranches to the west of Fort Pierce played a big part in Sandy Shoes, especially during the annual Cattlemen’s Parade. Awards were given for the best horsewoman and horseman, most beautiful horse, and best ranch unit. Five years ago, with the rebirth of downtown Fort Pierce, the Sandy Shoes Festival was resurrected and combined with a seafood festival. The fifth annual Taste of the Sea & Sandy Shoes Seafood Festival takes place this Saturday, March 21st, in Veterans Memorial Park, along the Fort Pierce waterfront. 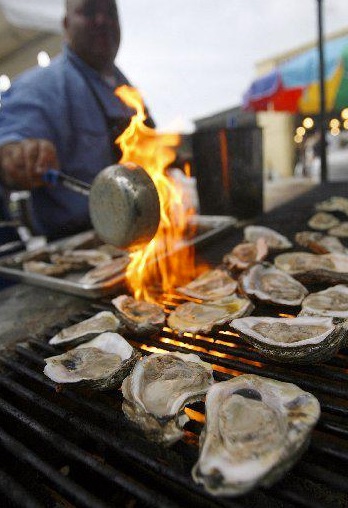 The main focus has shifted from cattle ranching to, obviously seafood. You’ll have the opportunity to sample the freshest of Florida’s catch, including shrimp, crab cakes, clams, oysters, fish and chips, lobster rolls, and much, much more. The Chowder Competition will feature over 20 participants, and you can sample these chowders, for a fee, before you place your vote for the peoples’ choice award. 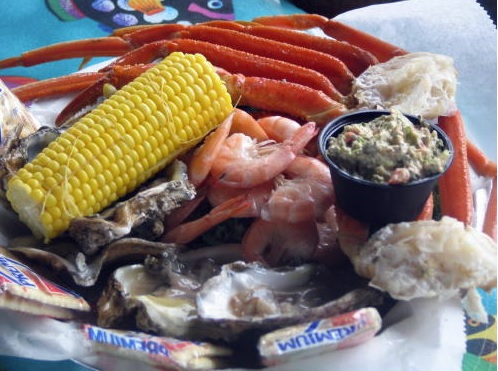 The annual Citrus Squeeze-Off goes back to the old Sandy Shoes days. Local businesses and organizations compete by squeezing grapefruits (this is Indian River country). There will be an Iron Chef competition featuring local chefs and restaurants. Lil Mr & Ms Taste of the Sea is a costume event for kids – this year’s theme is pirates. There’s also a Kidzone that will include a three-deck pirate ship for kids to run around on. Of course, there will be plenty of artist and craft vendors, and two stages will feature bands, dancers, and shows. For more information see the festival website.