Things are a little quiet here at Stanley’s after the lunch rush, so bartender Guy comes over to chat and do a little standup for the four of us. After every politically incorrect joke, each one filthier than the last, he slaps Sue’s brother Dave’s back and exclaims, “What! Ya killin’ me!” We like Guy. After he leaves to tend to other matters, owner Wanda, well into her 80s, sidles over, rolls her eyes, and sighs, “He’s a pain that no pill can cure.” 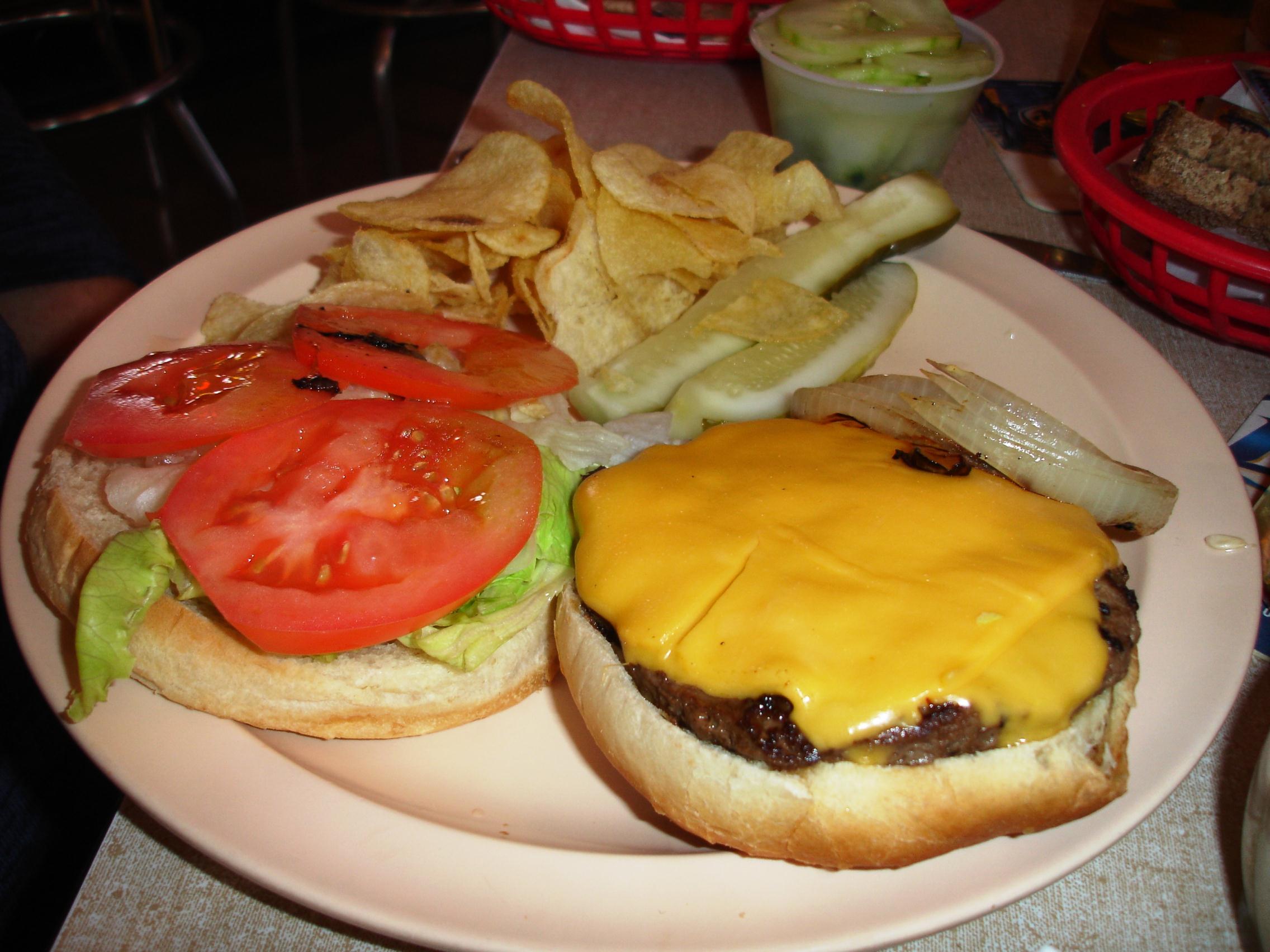 Wanda’s father, Stanley Kurek, opened this Back of the Yards tavern in the 1920s, when the Union Stock Yards, the infamous meatpacking district (see Upton Sinclair’s The Jungle), were in full swing. There were literally hundreds of bars, in this area once known as Whiskey Row, to serve the thousands of poor immigrants who worked in the slaughterhouses. The stockyards closed in 1971 and in its place is an industrial park. Stanley’s Tavern is the sole Whiskey Row survivor. 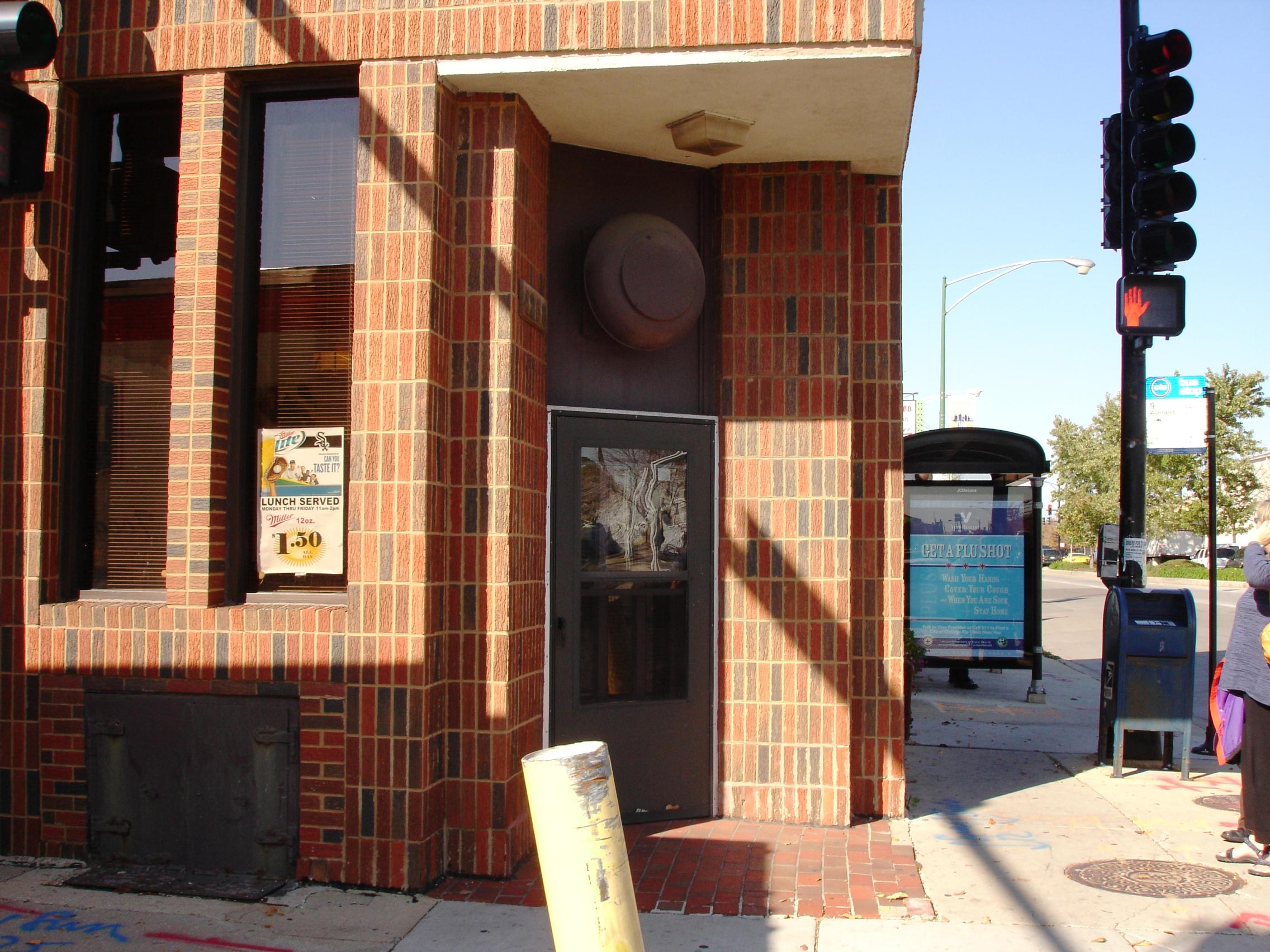 There’s no sign outside to indicate this is Stanley’s Tavern. You just have to know.

There’s no sign on Stanley’s. The only clue that this is a place open to the public might be a small beer sign in one window. But those in the know, mostly people from the neighborhood, arrive for lunch each day to enjoy whatever Wanda has prepared. It’s always a hearty workingman’s meat and vegetables meal, perhaps corned beef and cabbage or meatloaf or chicken, along with a soup or two – whatever Wanda feels like cooking that day. 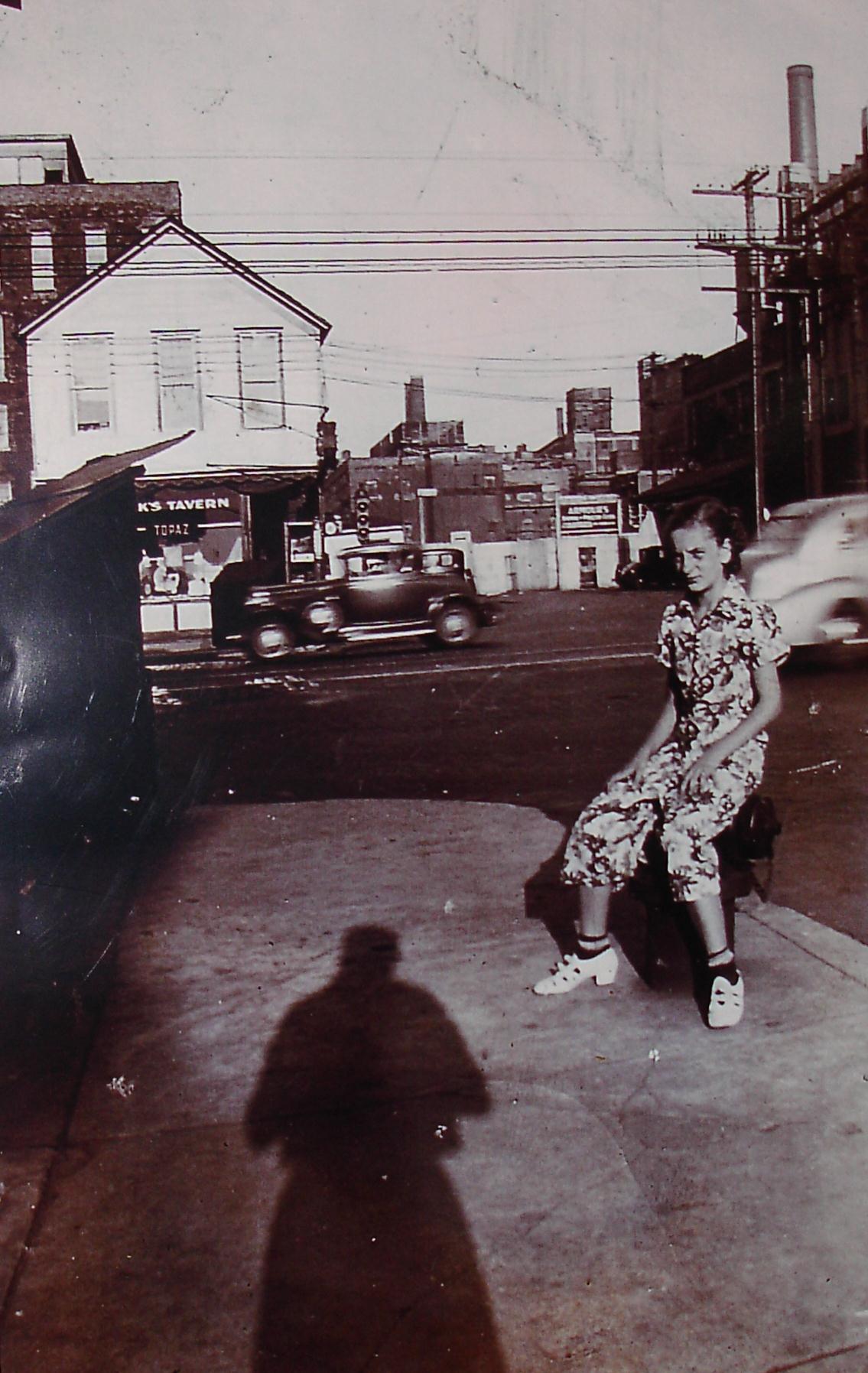 This is Wanda Kurek in front of the Chicago stockyards. The photo was taken from in front of Stanley’s Tavern across the street. We don’t know the date of the picture but Wanda is, today, in her late 80s.

The cost is shockingly low. When the food runs out, it runs out, so arrive early unless you are in the mood for the always available burger, or kielbasa (terrific!). And remember to save up your raunchiest jokes for Guy. 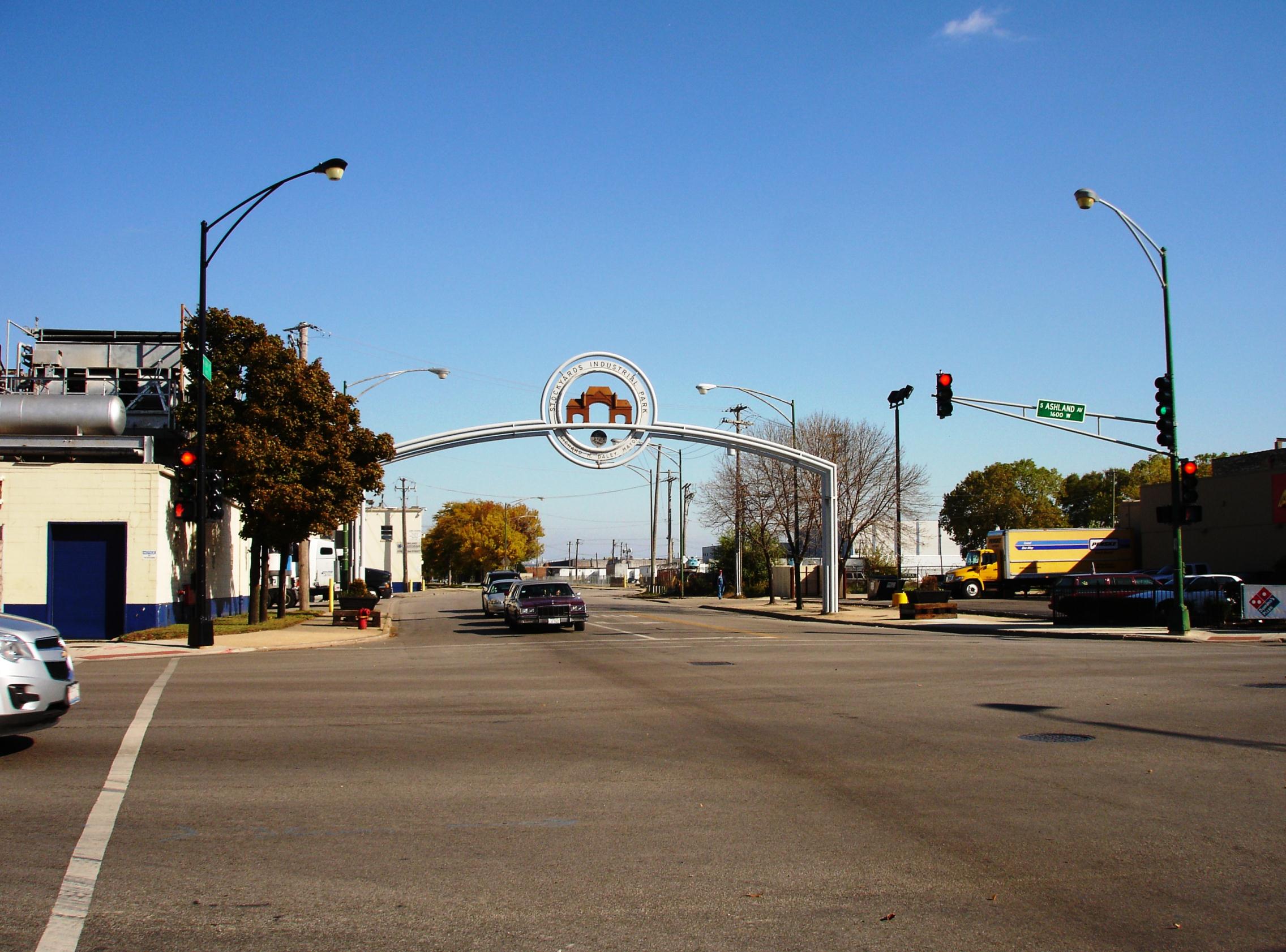 Here’s that same entrance to the old stockyards today.