First off, let us state up front that we are not vegans, nor have we ever been vegans (save for a seemingly endless five-day macrobiotic episode decades ago). So why do we recommend a vegan version of one of America’s naughtiest foods? More to the point, in our minds: why is there a vegan version of donuts? Are there really that many people who crave fried, sugared dough but avoid them because of the use of animal products? There must be, because here is Ronald’s Donuts of Las Vegas, maker of vegan donuts that put to shame those turned out by the big donut chains. 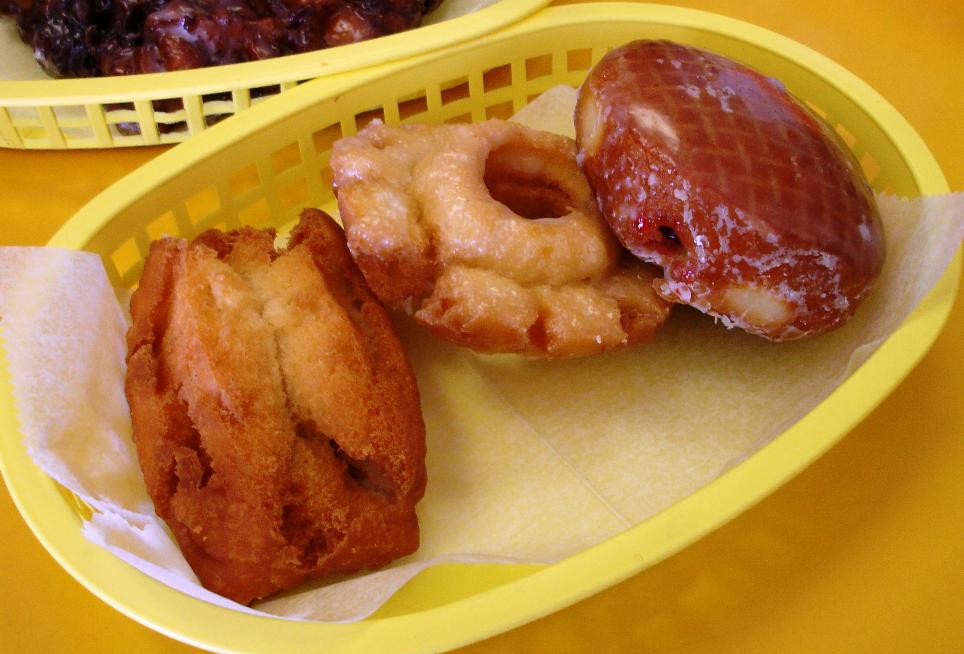 The bottom pastry is a buttermilk donut. We’d never seen them made in that shape before. The old-fashioned (that crown-shaped donut that is common out west but rarely seen back east) is a classic. The jelly donut is good, but not quite up to the level of the other two.

Our favorite item at Ronald’s is the apple fritter. This weighty pastry is essentially a deep-fried cinnamon bun laced with bits of apple and dipped in a sweet glaze. The craggy sugared surface has an appealing crunch. Most donut shops sell them but we’ve not sampled any better than the ones from Ronald’s. Also good are the simple glazed old-fashioned donuts, sporting the now-traditional crown shape, and the plain buttermilk donuts. Wait a second, buttermilk donuts at a vegan shop? 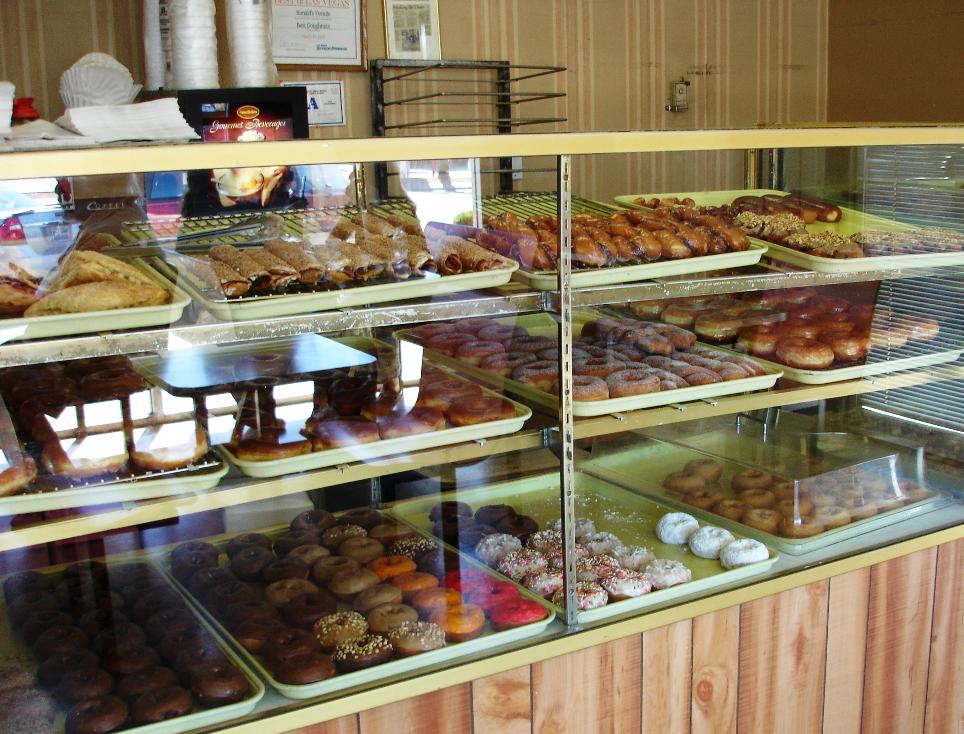 Most of the donuts at Ronald’s are vegan, meaning they are made without any animal products whatsoever. Donuts don’t seem to miss the dairy much, but we imagine the loss might be felt in the creme-filled varieties. We’ve never tried them but would be fascinated to hear the reviews from braver palates than ours.

Yes, truth is that most of the donuts at Ronald’s are vegan, but not all of them (usually the top two rows of the case are vegan; ask the man behind the counter if you need to know). And while we’ve enjoyed both vegan and non-vegan donuts at Ronald’s, we’ve never been able to bring ourselves to sample the vegan creme-filled donuts. Soy creme is not on our list of foods we long to try. 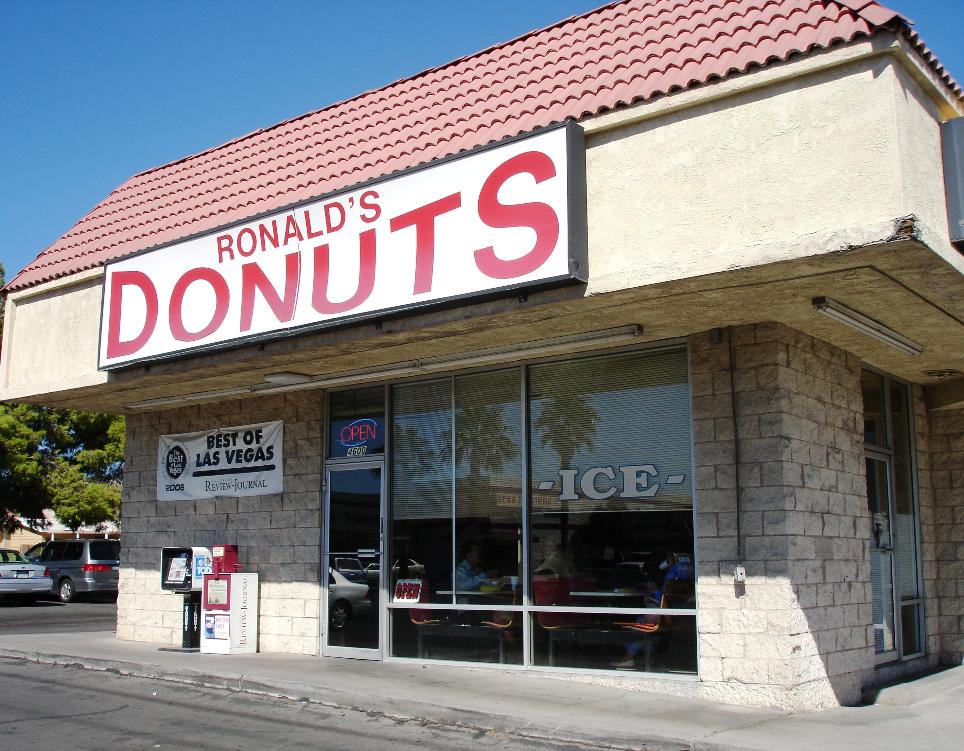 Ronald’s Donuts gives no outward appearance of being anything special, but the donuts are far from ordinary. Most business is take-out, but there are a couple of tables for those who just can’t wait.

The proprietor of Ronald’s is an Asian gentleman with a most clear-eyed and gentle manner that we find very welcoming. And we have to admire anyone who can turn donuts into health-food!