Big breakfasts all day, hearty home-cooking entrees like chicken and dumplings and meatloaf, a lengthy roster of country-style vegetable sides, mile-high pies… and fantastically popular chicken fried steak, all served in a casual and welcoming town cafe atmosphere —  that’s been Norma’s Cafe of Dallas, TX for the last 60 years. It was 30 years ago that longtime customer Ed Murph bought the place from the original owners. Over the years he’s opened two additional area Norma’s, with a fourth, near NorthPark Center, in the works — but he’s pretty much kept Norma’s as he found it. 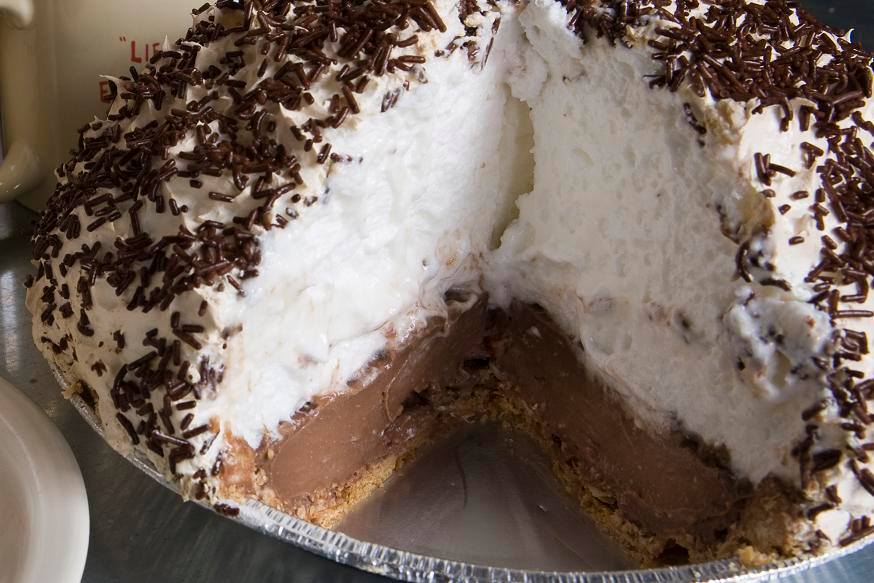 Really celebrate and use some of the money you saved on your CFS to get yourself a wedge of mile-high pie.

On Thursday, June 23rd, Mr. Murph is celebrating the 60th anniversary of Norma’s by selling three of their most popular entrees — chicken fried steak, meatloaf, and chicken and dressing, served with fresh green beans and homemade mashed potatoes — for the 1956 price of $1.79! The deal will be available at all three Norma’s Cafe locations, while supplies last. They open at 10:30 a.m. so, if you can swing it, we’d recommend showing up before then if you want to avoid long lines.