It’s interesting how maple syrup is treated, for the most part, like a commodity. There isn’t a lot of talk in maple-producing regions about the differences in flavor between one producer’s, or region’s, product, and another, the way wines or cheeses are discussed. Oh, the New York industry, for instance, surely will claim that their syrup, as a whole, is superior to any other maple syrup produced in the world, but they never go beyond such boilerplate to explain the subtle differences that make their syrup so good. And, it’s very rare to see, say, one Vermont sugar producer detail exactly what makes their syrup better than others or, if not better, even distinctive. The message we, as consumers, get is that it’s all good, and all pretty much the same. 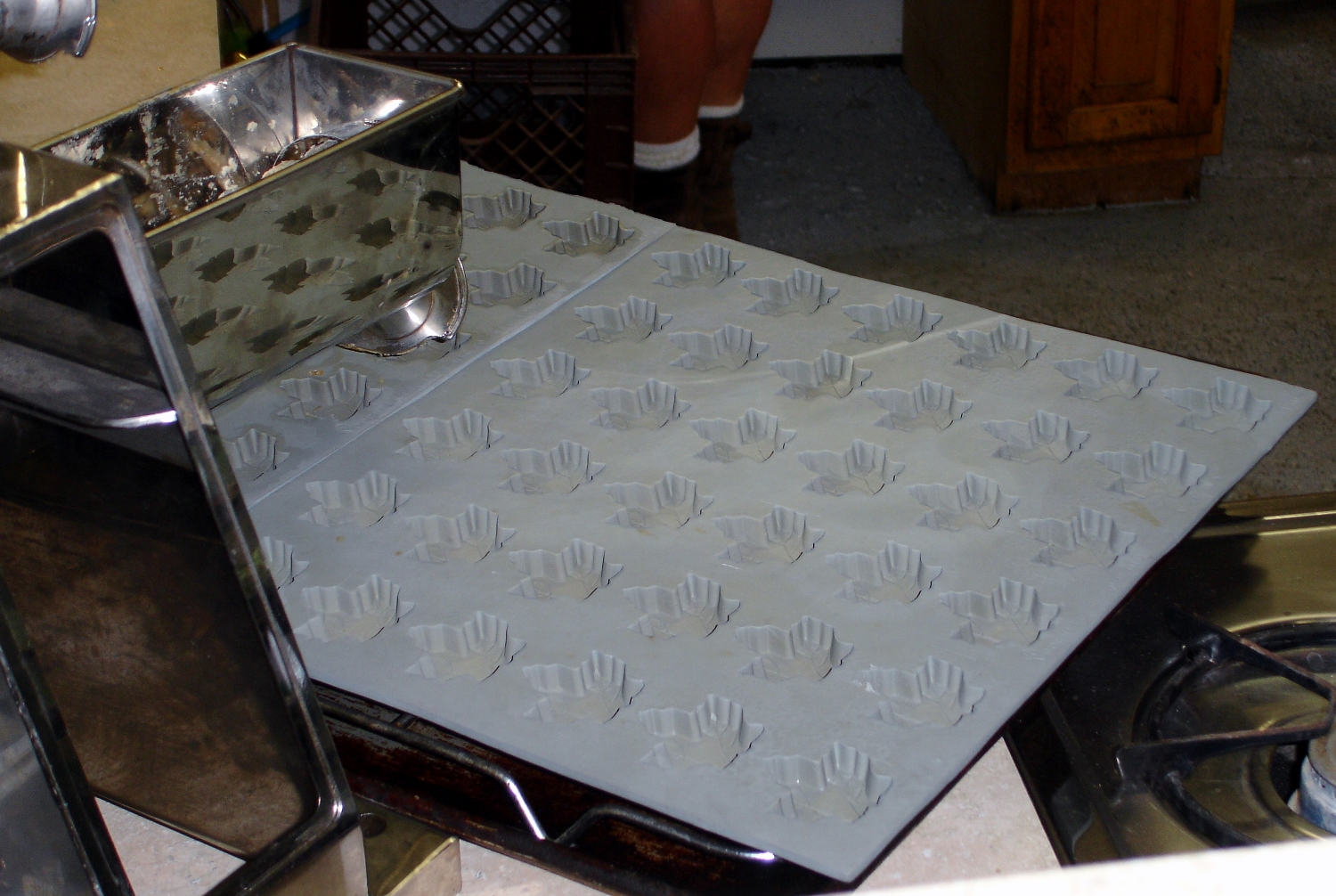 We observed the production of maple sugar candies.

The more we sample maple products the more it becomes clear to us that, while it’s true that almost all of it is good, the products of different sugar producers are quite distinctive. We are not sophisticated enough of palate to be able to break down the various flavors by components, beyond picking up smoky, vanilla, or caramel elements. But we can pick out overall flavor profiles, and we do have favorites. 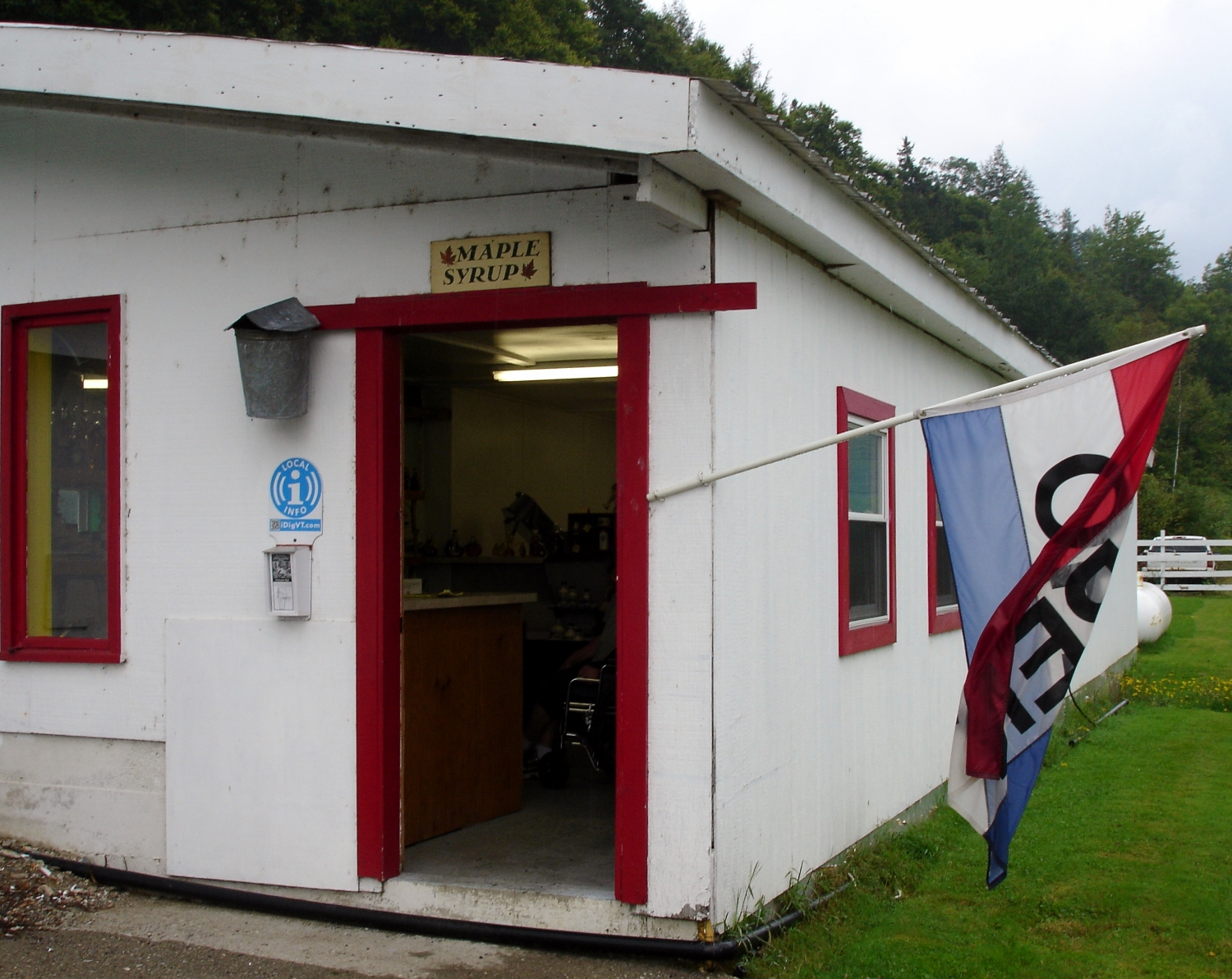 Mom and Pop’s is not exactly a neon-accented maple palace.

We’re huge fans of maple cream in particular. Are you familiar with it? When maple syrup is boiled beyond the syrup stage, it becomes thicker and more concentrated. Then it’s beaten to make it smooth and creamy. The maple cream has a consistency of tahini (a little looser than peanut butter) and a flavor like maple syrup squared. We like to use it on toast and biscuits. Mom and Pop’s, of Rochester, VT, makes a maple cream that overwhelms us with its perfect flavor. What does it taste like? It tastes like a walk in a forest in winter. Yes, we know that sounds like a synesthete’s impression (that house is salty, this song is green) but that’s what it does to our taste buds. It’s a magical substance. 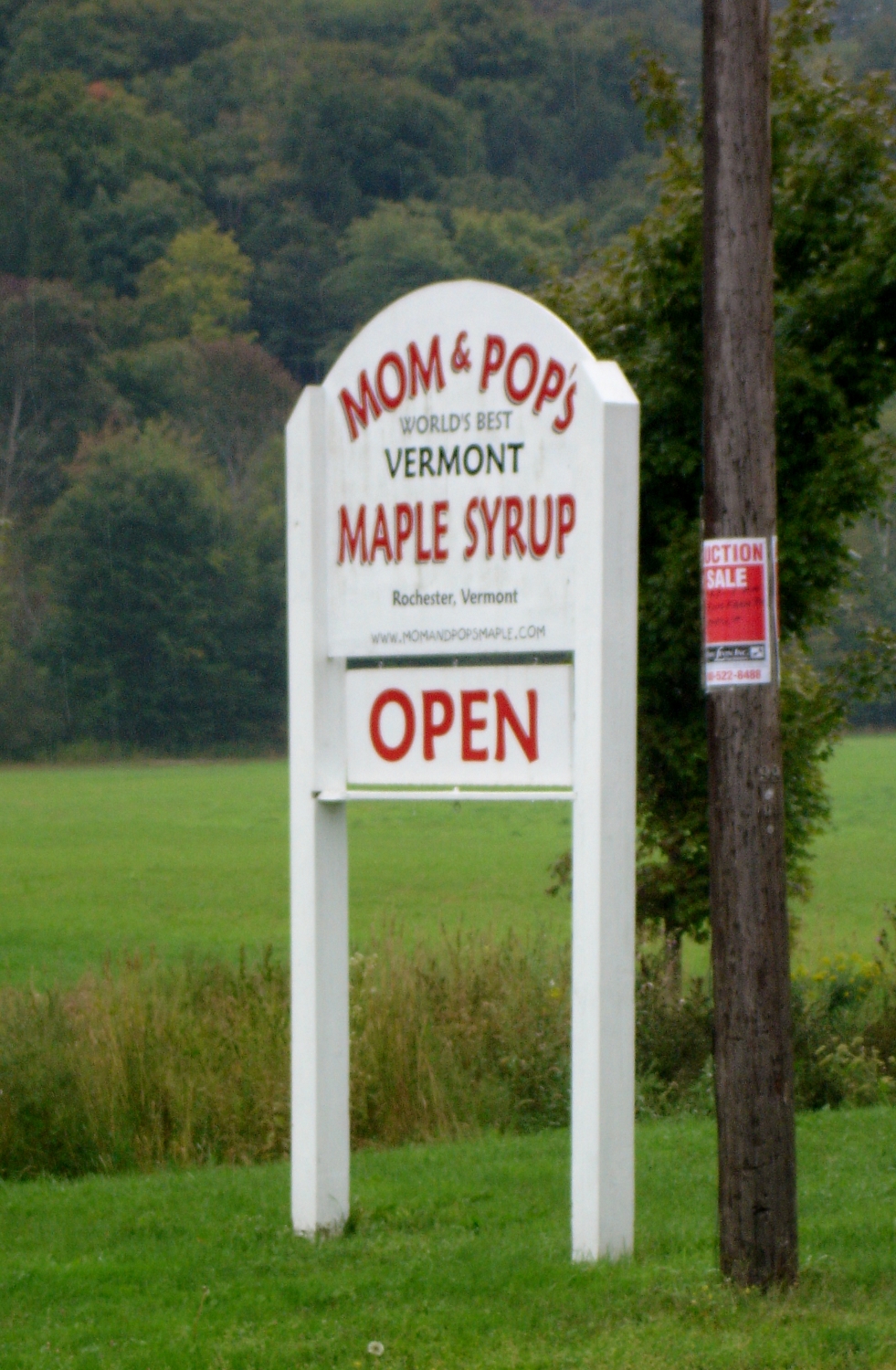 Pay a visit to Mom and Pop Gendron and, whatever else you bring home from them, be sure to include some maple cream.

A visit to Mom and Pop’s comes with a free maple syrup tasting. It’s fascinating to compare the different grades of syrup, from light to dark. If you like maple syrup, and you find you enjoy Mom and Pop’s syrup in particular, you’d  be well advised to pick up a quart or two here. Not only is it always more fun to buy your agricultural products directly from the source, you’ll find the best prices and quality, too (they also ship by mail). Ray and Joyce Gendron, Mom and Pop, are delightful hosts to what is truly a mom and pop operation. You might witness the production of maple sugar candy, as we did, or get an impromptu tour of the operation during sugaring season. Pop suffered a stroke earlier this year but he’s been working hard at his rehab and appears to be doing quite well. We wouldn’t be surprised to see Pop back up and about next year. We’ll be pulling for him!