Mammy’s Cupboard is a classic piece of vernacular architecture and, as such, is well worth a visit for that reason alone. How often do you see a restaurant in the shape of a mammy? She’s been spruced up, and made ethnically vague: if you mixed all the different peoples of the world in a jar, and shook them up, you might get today’s Mammy. But here’s the kicker: this Esperanto mammy serves some superlative pies and cakes! 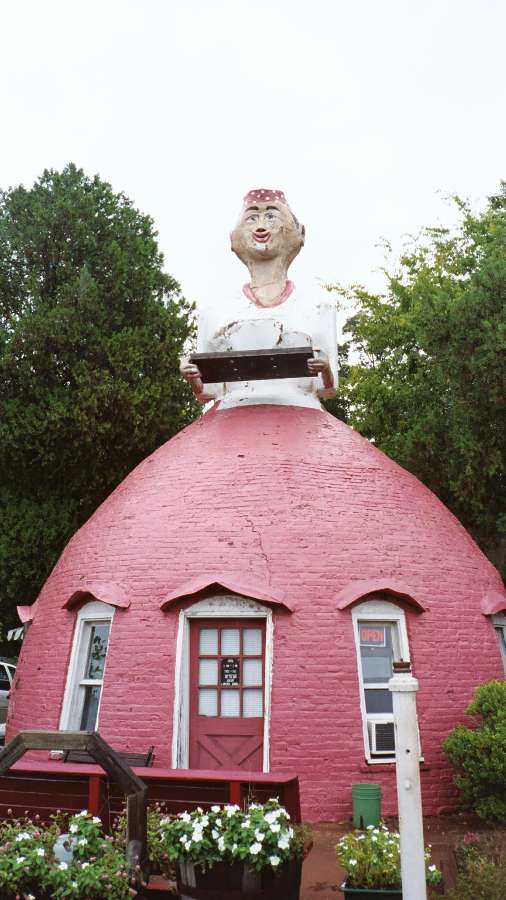 Mammy has had her ups and downs. These days, she’s definitely up.

We arrived in a rain storm, and entered Mammy’s skirt, where the rain storm continued. This original part of the Cupboard is in need of some structural work. We continued on to the next room, where a distracting display of desserts is visible to tempt you throughout your lunch. There’s a hot entrée each day, and a selection of sandwiches and salads. Our hot entrée was pork loin, and it was served with some long-cooked and delicious green beans, soft enough to be applied to the plate with an ice cream scoop. We also enjoyed the corn bread and rice. A specialty beverage of the house is blueberry lemonade, bracing and tart/sweet. 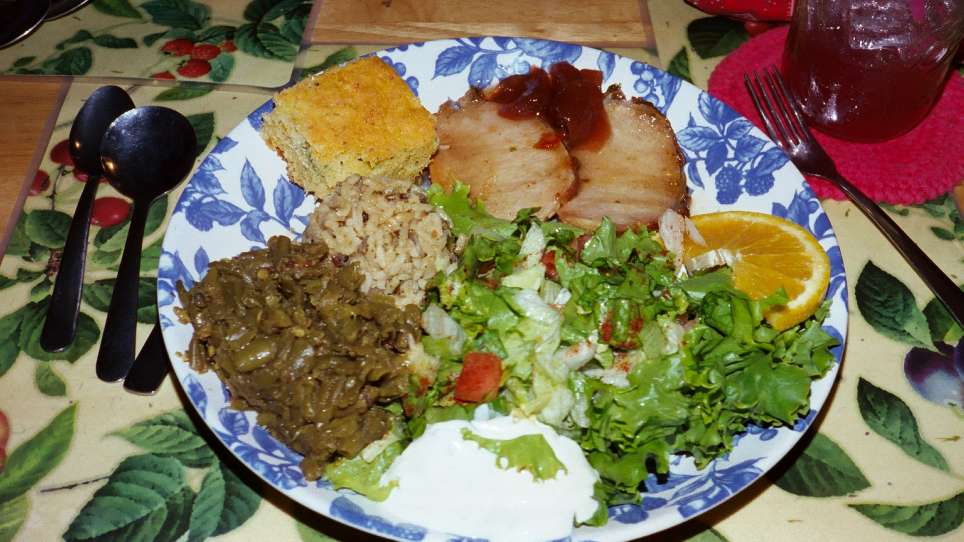 This nice lunch is only preamble to the meal’s highlight. They make a swoonfully delicious hummingbird cake, a Southern specialty chock full of bananas, pineapple, and pecans. Sure, it’s sweet. We ate every last crumb. And, my oh my, that caramel banana pie! Sliced bananas are piled in a crust with gobs of caramel sauce that, we think, may be the sauce that’s made by boiling an unopened can of sweetened condensed milk for hours. We don’t really know, though. However it’s made, it’s wonderful. 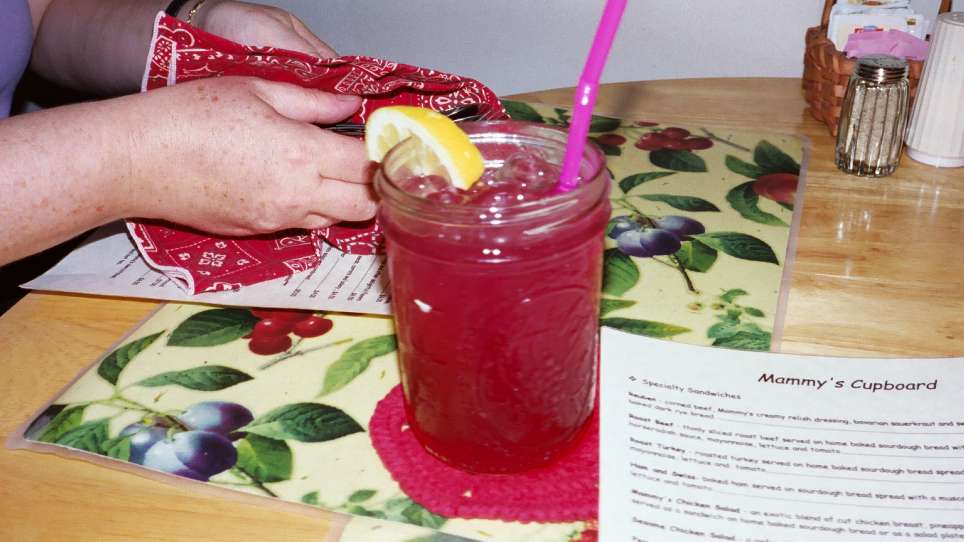 When our glasses got low, our server brought us a pitcher. We finished that, too!

We’d like to add one final story, not really having much to do with Mammy’s Cupboard, but demonstrative of why we love traveling in the South. We visited Natchez while they were offering tours of private antebellum houses. At one stop, the owner showed everyone a civil war rifle that he said came from a Union soldier from New Jersey. We told him we were from New Jersey and, as a favor to him, we would be happy to return it to its rightful owner. He leveled the gun and said, “I think this still has one bullet left!” We all had a laugh.

Later that day, we stopped by Mammy’s Cupboard for lunch. There, dining with a friend, was that same homeowner we’d met earlier that day. When we were spotted he called to us and treated us as if we were his long-lost buddies! Now, to a Southerner this is probably a so-what moment but to us Northeners, the most we’d expect is, maybe, a slight nod of recognition or, more likely, no acknowledgement at all. For better and worse, Southerners and Northeners are different, which is why we travel.