We imagine selling pizza in Connecticut is more challenging than in any other part of the country. After all, America’s greatest pizzas are found in the Nutmeg State. The bar here has been set awfully high. And while we wouldn’t match Letizia’s up against the best of its New Haven brethren, emerging from their oven are pizzas that we would be glad to call our neighborhood pies. These are well-executed pizzas, served with an unusual level of hospitality for a pie joint. 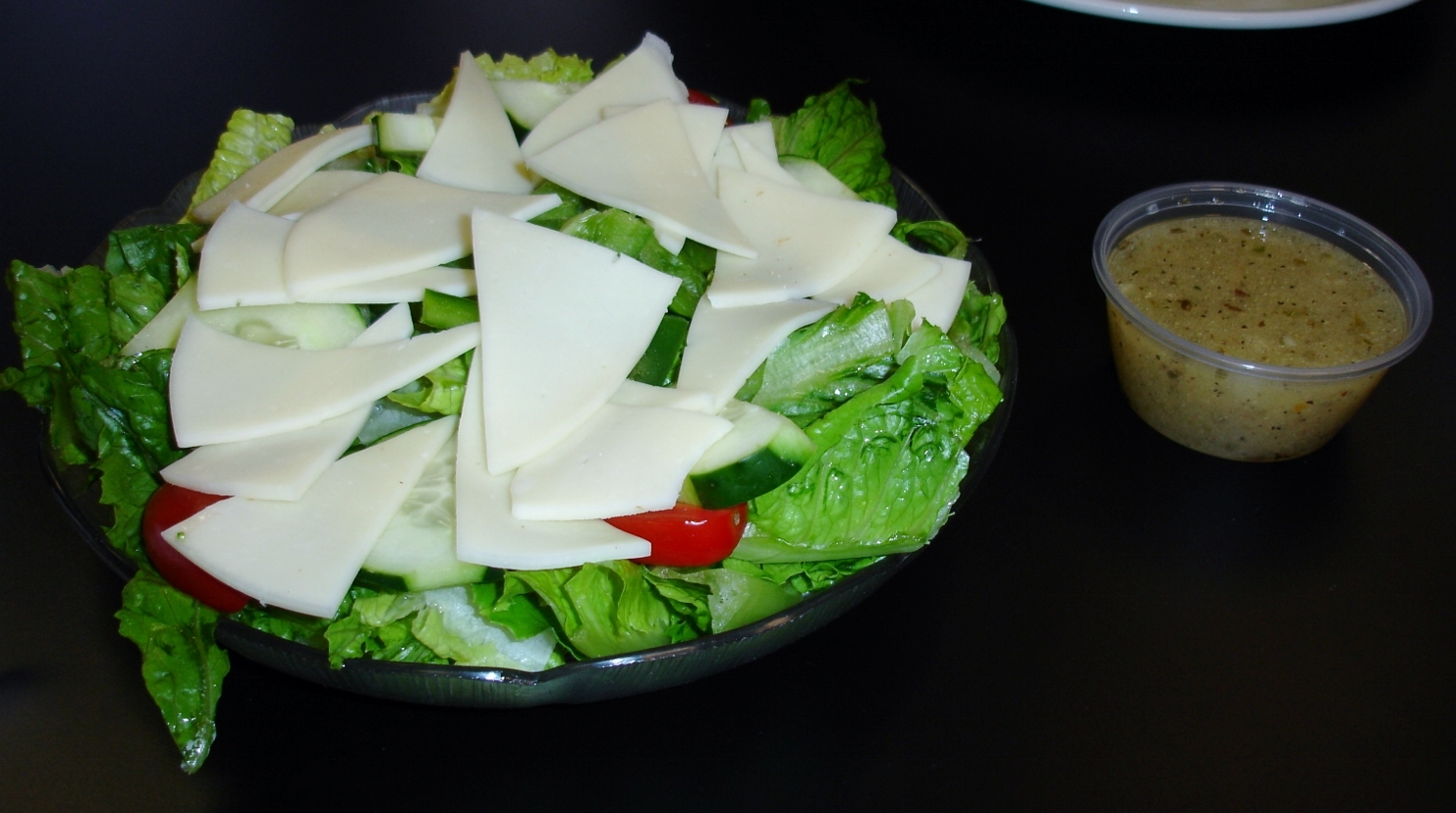 Letizia’s grabbed our attention as soon as we opened our menus, where we read the following:

This attention to crust doneness gets us where we live. We’re of the opinion that a pizza is not fully cooked until some significant black is visible. The pepperoni pie pictured at the top of this writeup was requested crispy and, in retrospect, we could have asked for it well done. The crust, while not jaw-achingly chewy, has good flavor. There are no leftover bones here. Not only do we like blackened pizza, we also like oily pizza, which is a good thing in this particular instance because the pepperoni weeps an extravagant amount of, well, what should we call it? Grease. Fat-phobes be forewarned. 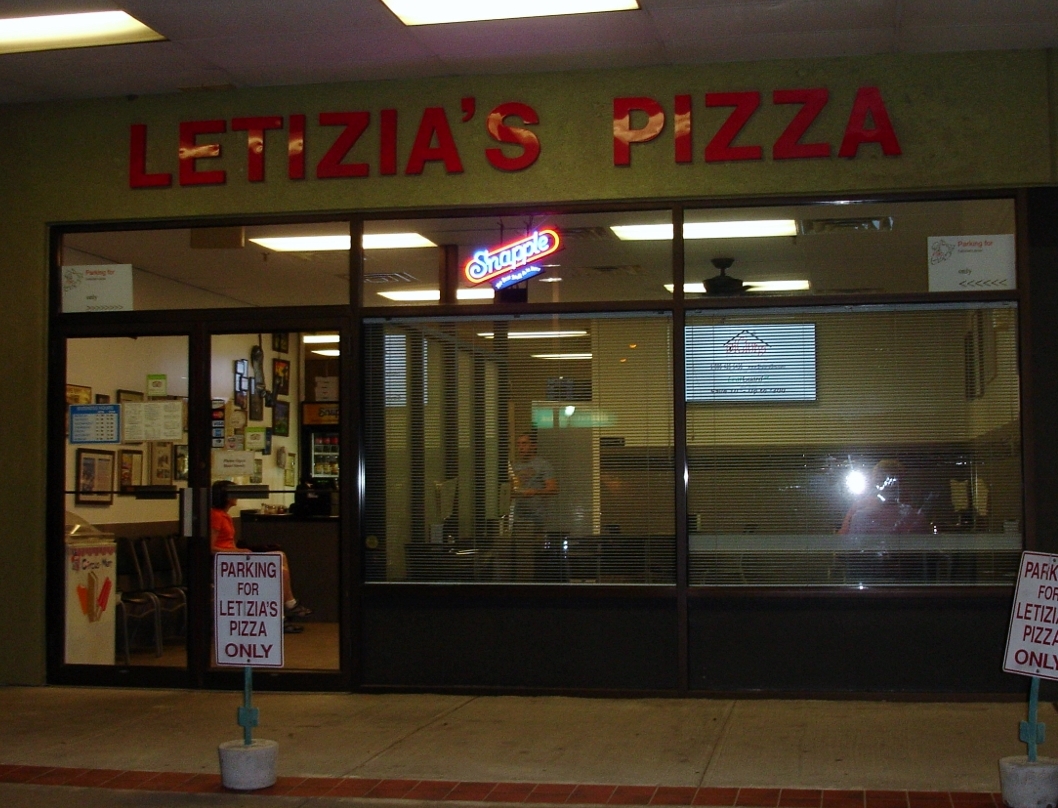 Letizia’s is simply a neighborhood pizza joint in a strip mall, but also an especially good one.

Besides pizza, Letizia’s offers calzones, grinders, pastas, and dinners like eggplant parm, along with a few salads (the small provolone salad pictured above, topped with mild sandwich provolone, was inoffensive and forgettable). We wouldn’t make a special trip to get to Letizia’s but, if we were already in the area, we’d be more than happy to pop in for a pie.