A Visit to Montreal’s Mile End

Read about the two fried chicken houses in Pittsburg, Kansas, Chicken Annie’s Original and Chicken Mary’s, that have been competing since the early 1940s. While in Pittsburg you can also visit the world’s largest electric shovel.

We’re always saddened by news of the closure of a longtime American classic restaurant; another piece of history is gone forever. That’s what’s happening in Greenville, South Carolina on December 27th, as Charlie’s Steakhouse will be serving its final plates of Midwest beef on that day, after 93 years of doing business. In all that time, the restaurant has remained in the hands of founder Charlie Efstration’s family. 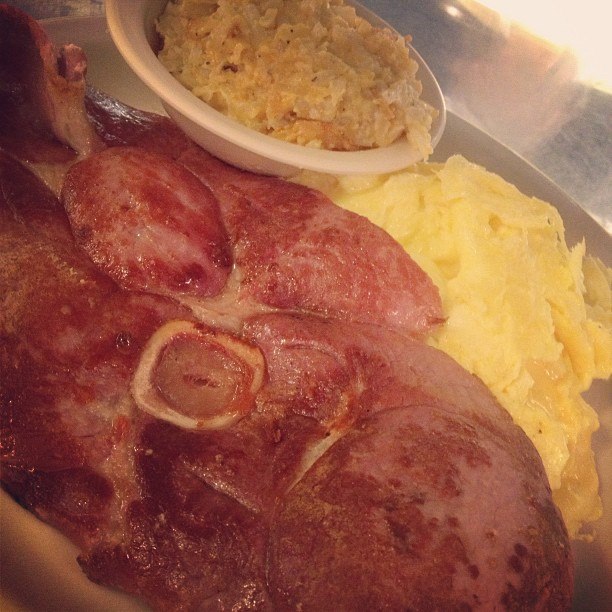 Here’s a handy reference for those who want to sample all the good things to eat in Nashville, TN: 365nashville has been presenting 365 Meals in Music City,  one entry a day, anything from a single food item to a complete dinner, since March 24th. They began with the butterscotch habanero bread pudding from Sunset Grill. Along the way, we’ve seen country ham breakfast from Loveless Cafe, the Redneck Burrito from Puckett’s Grocery, and a quarter chicken from Prince’s Hot Chicken Shack. Yesterday they reached the 246th meal with Whiskey Sirloin from Commodore Grill.

A Visit to Montreal’s Mile End 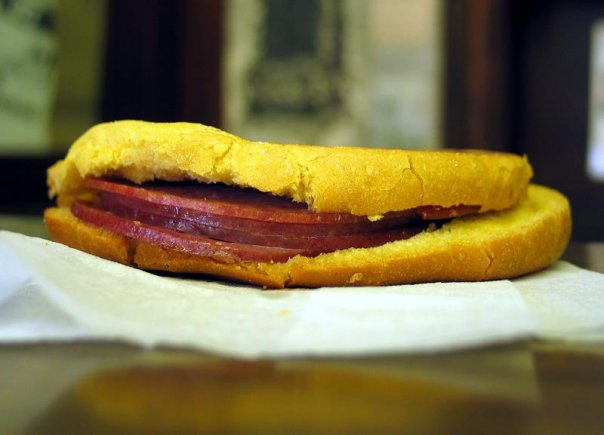 The Wilensky Special from Wilensky’s Light Lunch: grilled salami and bologna with mustard on a roll. Want them to hold the mustard? That’ll be an extra five cents.

The Jerusalem Post looks at the good things to do and eat in the historically Jewish neighborhood of Montreal, known as Mile End. Here you’ll find Montreal’s unique style of bagels, Jewish deli, and theater productions presented in Yiddish.