“The Steak House of St. Elmo” – Parks and Recreation

A Taste of the Real Green Bay

Every State’s Most Iconic Restaurant

“The Steak House of St. Elmo” – Parks and Recreation

Next week begins the final season of Parks and Recreation. To honor the event, the Indianapolis Star has selected the top 15 Hoosier moments from the show. Here’s a visit to Indy’s St. Elmo Steak House:

A Taste of the Real Green Bay

The Big K at Kroll’s features ketchup, pickles, raw onion, and (this IS Wisconsin) butter. The burger is grilled over charcoal and the bun is toasted.

Daniel Higgins of the Green Bay Press-Gazette has written a column about the restaurants visitors to Green Bay should visit if they want a true local taste of the region. Of course, Kroll’s is featured but there are lots of other intriguing recommendations, especially in the areas of Friday fish fry and supper clubs.

Every State’s Most Iconic Restaurant

McClard’s BBQ of Hot Springs, AR, our favorite barbecue joint in America; Louis’ Lunch of New Haven, CT, purported birthplace of the hamburger; Katz’s, a 19th-century New York City deli – all reasonable, if arguable, picks for each of those states’ most iconic restaurant. That’s what Thrillist has produced, a list, with descriptions, of the most iconic restaurant in every state. But Tops Diner in New Jersey? Still, many of the picks make sense, and it gets the intrepid LAFer thinking, which is about all we could ask for. 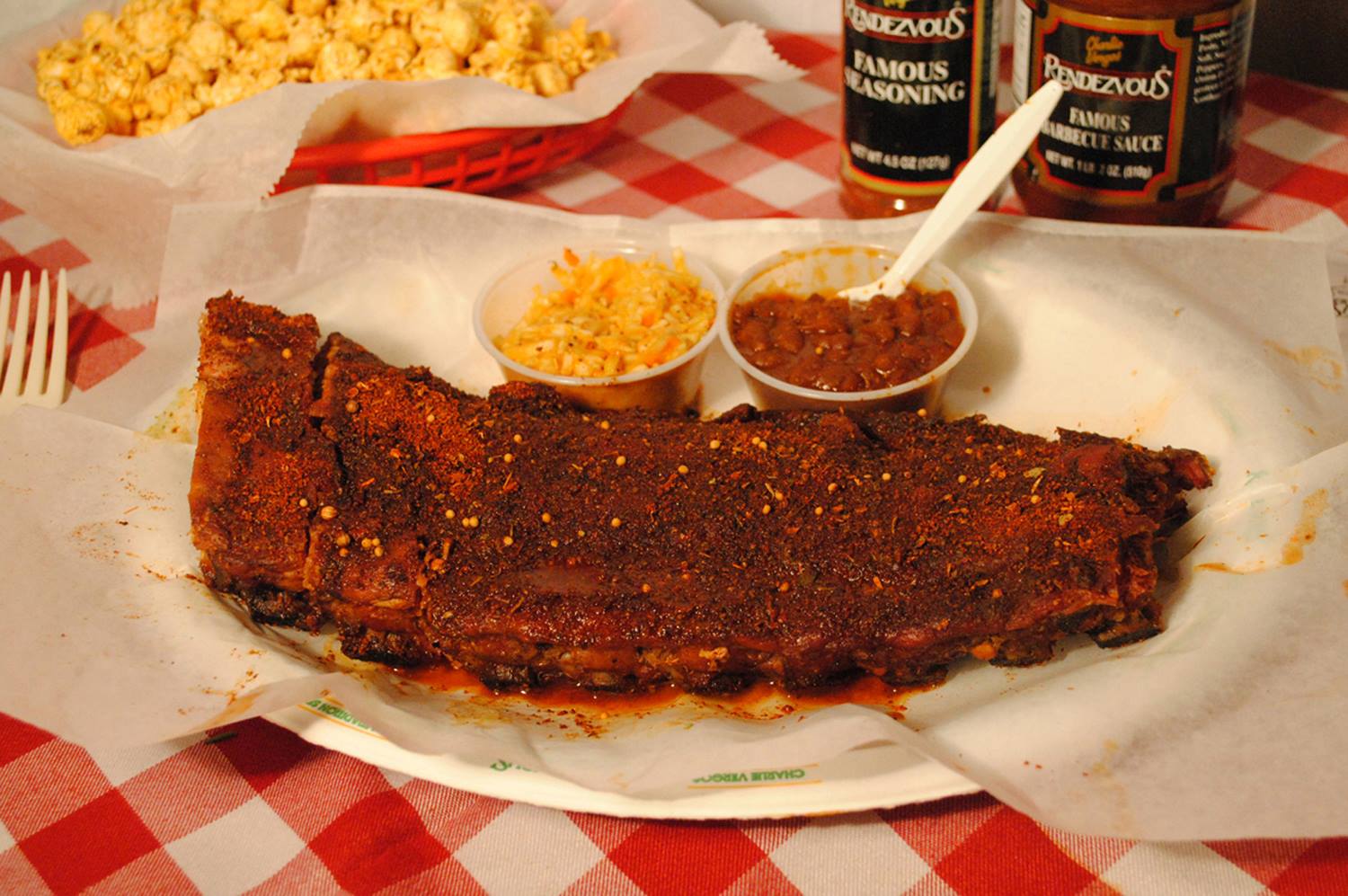 We very much like the looks of the forthcoming book, Feeding Memphis: A Celebration of the City’s Eclectic Cuisine, by Michael Glasgow. 28 of Memphis’ best restaurants are featured, with a recipe from most of them. The author says the book is as much about the people behind the food as the food itself. Some of the restaurants featured, besides The Rendezvous, include Cozy Corner, The Arcade, and Sweet Grass, where chef Ryan Trimm is celebrating the book’s publication with a $100 dinner on January 12th. $10 from the sale of each book will be donated to the Mid-South Food Bank.