It was 1943 when Pete Vidas opened Chili Time on Vine Street in the Cincinnati enclave village of St. Bernard. Of course, chili was on the menu but Chili Time was by no means a chili-only establishment. The burgers, especially the big production Timeburger and Big Time, were famous, far if not wide. Eventually, Chili Time moved across the street to its present location. 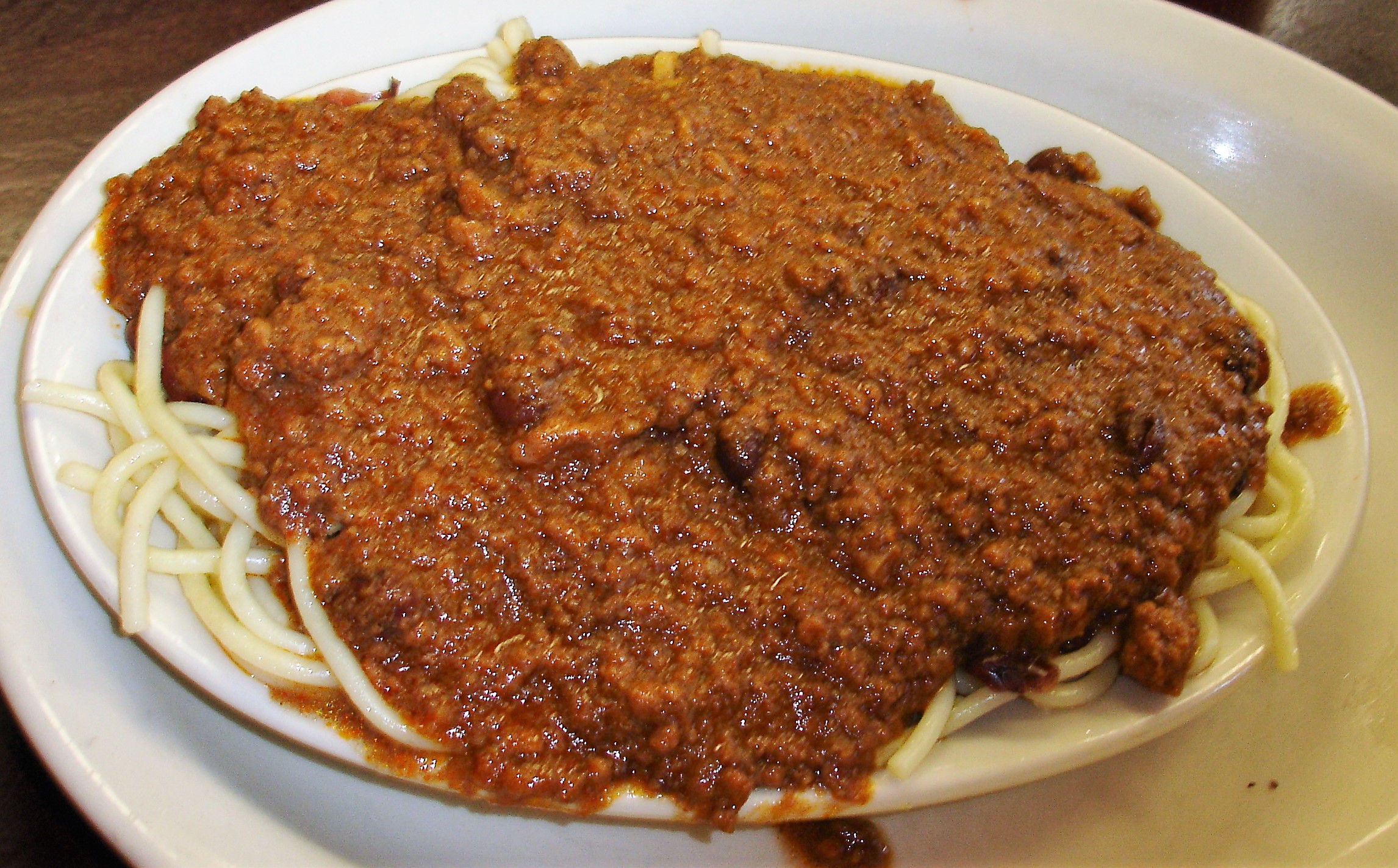 A 3-way means the spaghetti is topped with beans and chili. Sue feels the cheese and onions that make it a four- or five-way obscure the taste of the chili.

The current edition of Chili Time opened in 1986. While it appears, from the outside, to be just another link in a bland chili chain, this is actually the one and only Chili Time (there were, in earlier times, two branches in Cincinnati, but they’ve long since been shuttered), and it’s still owned and operated by the Vidas family. And, yes, Chili Time continues to operate more as the town diner than as a chili-centric restaurant. 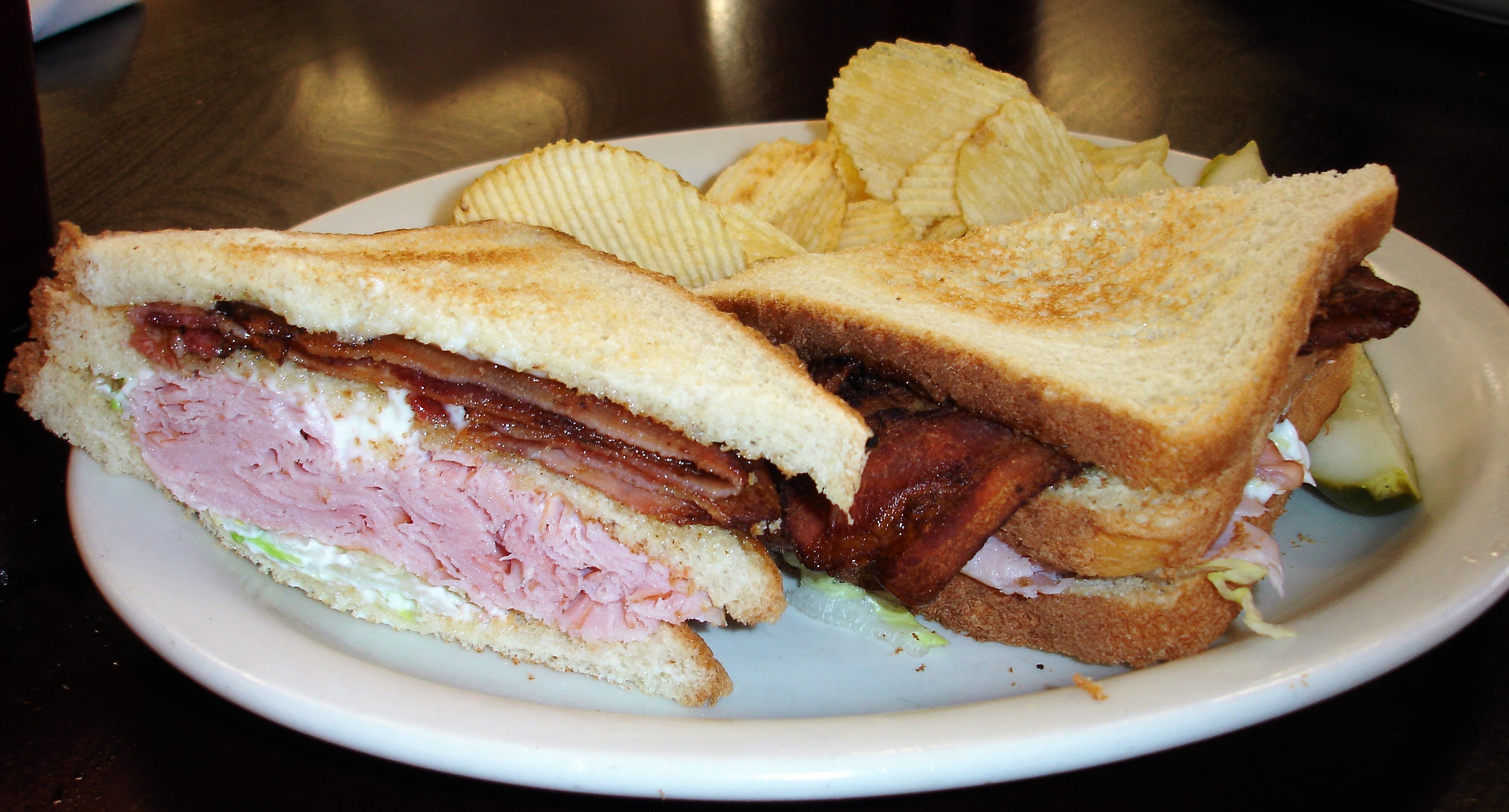 A ham and bacon double-decker is a smoky and salty sandwich. It’s also really good.

The inside of Chili Time even looks like a diner, with a J-shaped counter, rows of booths, and a few stand-alone tables. The menu ranges well beyond the Cincy chili parlor staples of 5-ways, coneys, and double-deckers. For one thing, Chili Time is open for breakfast (get your goetta fix here). For another, you can satisfy your late-night cravings at Chili Time — they’re open until midnight during the week and 4A on weekends. 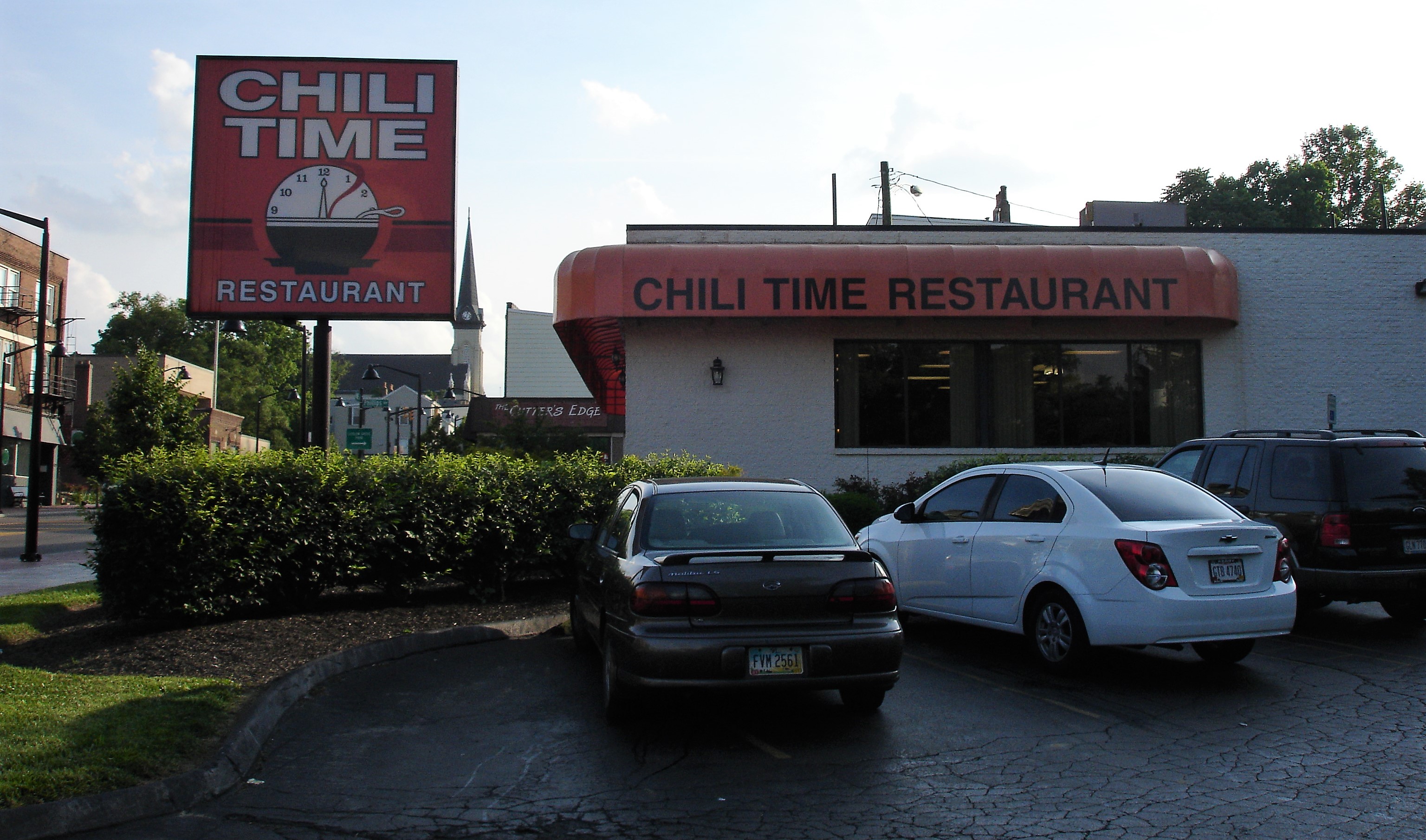 While at one time there were as many as three Chili Times around Cincy, this is currently the one and only Chili Time.

Chicken and fish are always on the menu, and daily specials include meatloaf, smoked sausage and sauerkraut, spaghetti and meatballs… Truth is, though, we have not been here for breakfast, and we have not sampled Chili Time’s spaghetti and meatballs. We can tell you that the chili, coneys, and double-deckers are swell. No, they aren’t notably different from the versions you’ll get at Skyline or Gold Star, but you do get to enjoy them in a one-off restaurant with history and character. That counts for a lot with us.