Cincinnati has a long history as a brewing town. In the old German-settled neighborhood known as Over-the-Rhine, at the turn of the 20th century, there were 38 breweries. The largest of them was Christian Moerlein Brewing. Eventually, they would all go out of business, leaving hulking manufacturing facilities and warehouses behind. 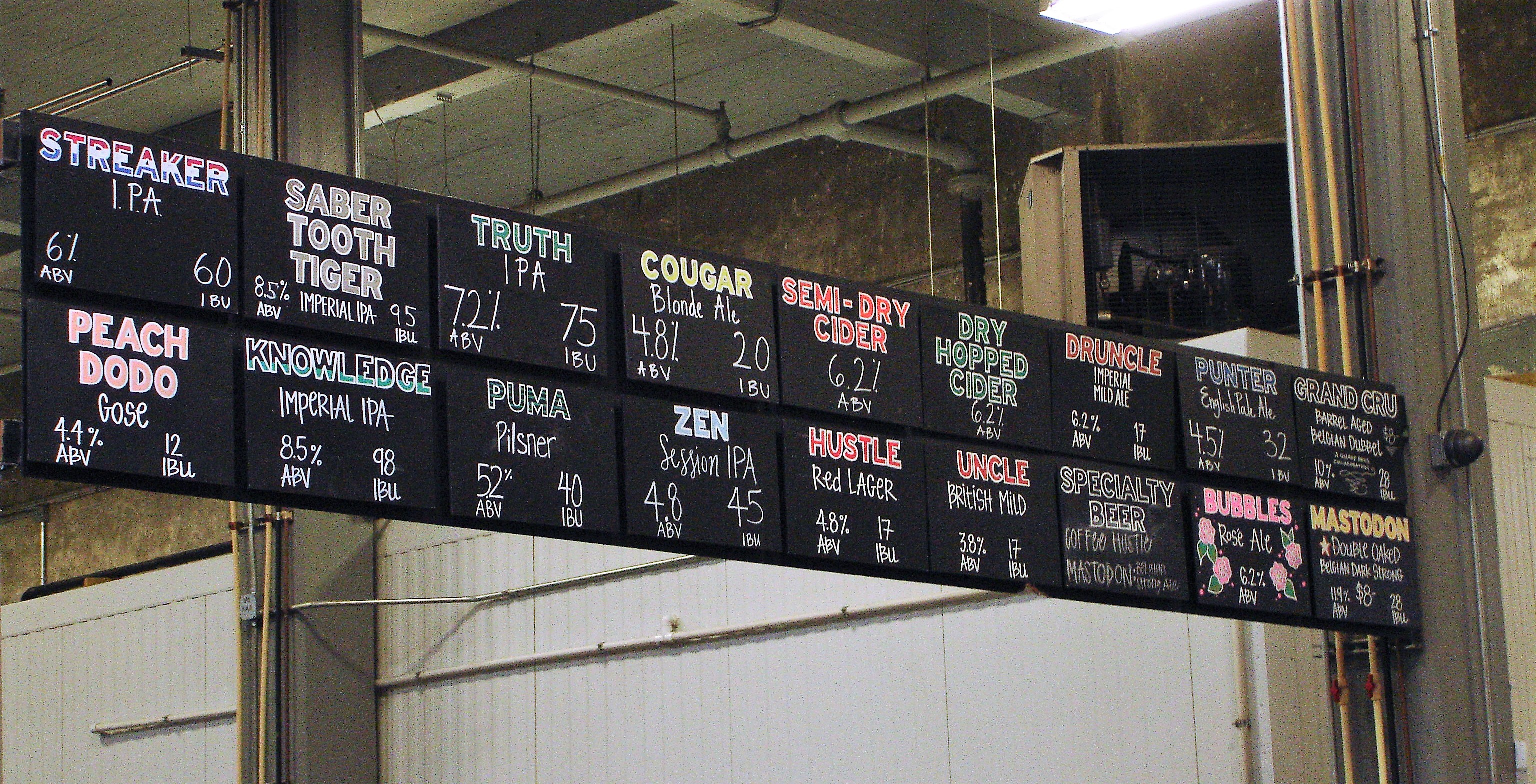 Rhinegeist offers a broad selection at any one time, but you can always count on finding Truth, their flagship.

Today, craft brewing is exploding in The Queen City. There’s surely no shortage of space for these startups, what with all those vacant old breweries. The result is interesting and fairly unique: the new breweries tend to be cavernous beer halls rather than intimate pubs. 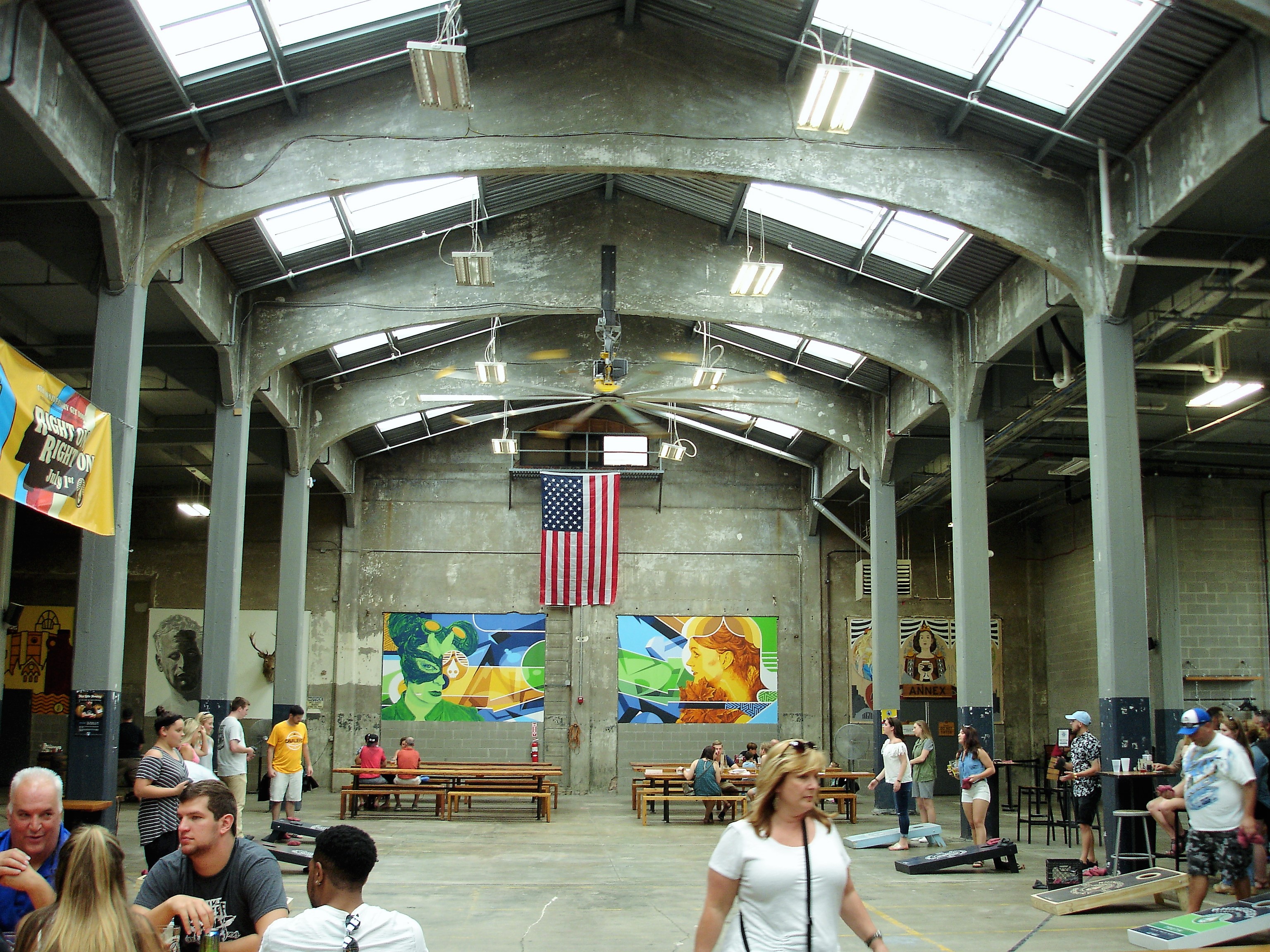 This huge facility was once the bottling operation for Moerlein.

Rhinegeist Brewery opened, in 2013, in the old Moerlein bottling plant in Over-the-Rhine (Rhinegeist means “ghost of the Rhine”). It’s a huge, 25,000 square foot space at the top of its building, with picnic tables, corn hole, ping-pong tables, art on the walls, and plenty of light streaming through the rooftop skylights. Getting up there does involve climbing a few flights of stairs from the street-level entrance. 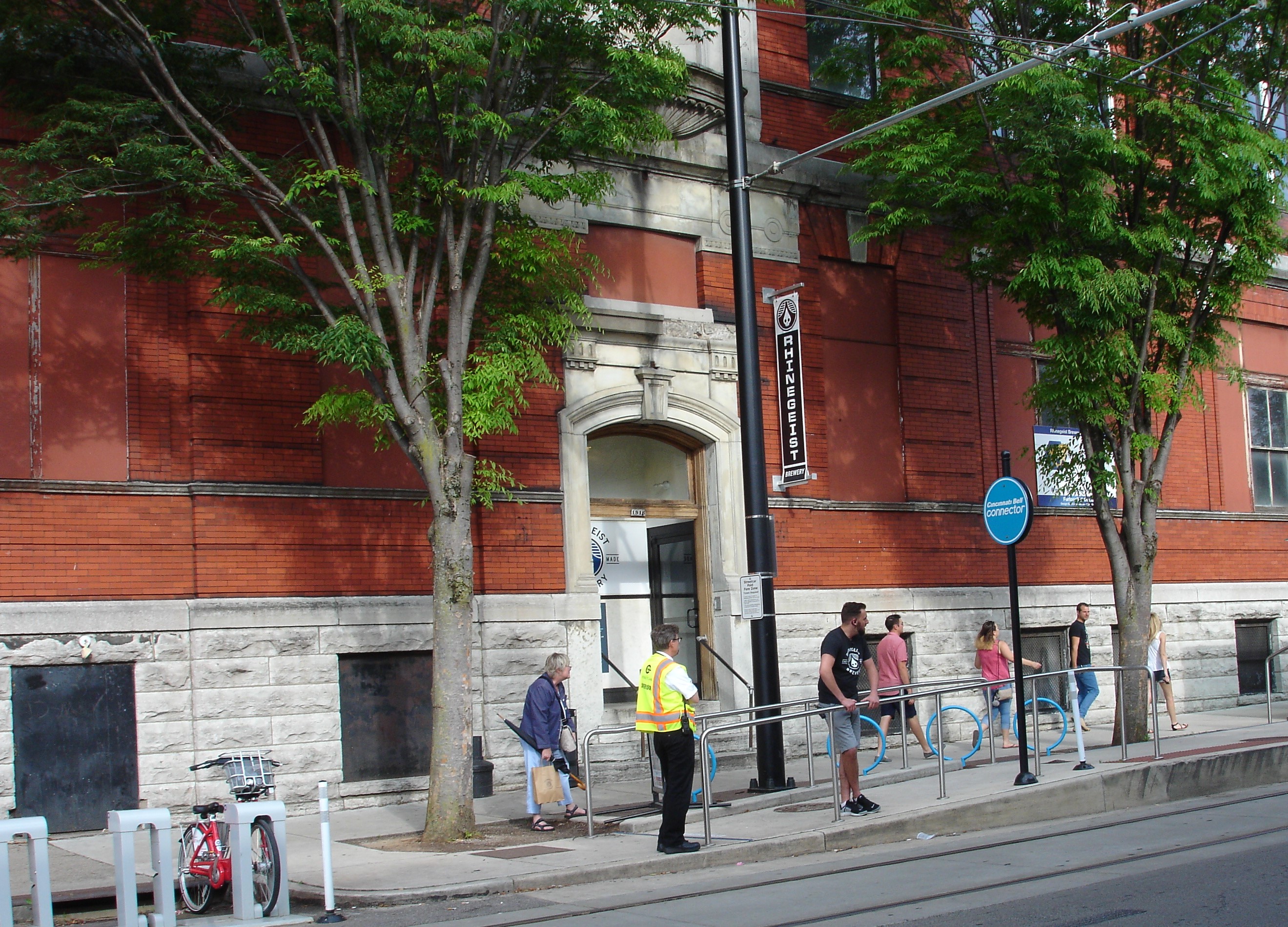 They give their beers un-beery names here: Truth, Crash, Knowledge, Zen… that’s IPA, pale ale, imperial IPA, session IPA to most of you, but what’s in a name? The beers are well-made and the space is fun. The beer is also canned and distributed locally (and in Massachusetts). You’d be hard pressed to find a place in town that serves beer without Rhinegeist on the menu.

Checking In At, Cincinnati