What, you think a little thing like the Delaware River is enough to confine all the great cheesesteaks to the City of Brotherly Love? Hardly! Good ones can be found east of the river and, as in Philadelphia, you’ll encounter plenty of mediocre, or worse, cheesesteaks, too. But what’s the point of Left at the Fork if we can’t provide a little assistance in directing you to a steak worth your time? One such place is Chick’s Deli, a sandwiches-only joint in Cherry Hill since 1957. 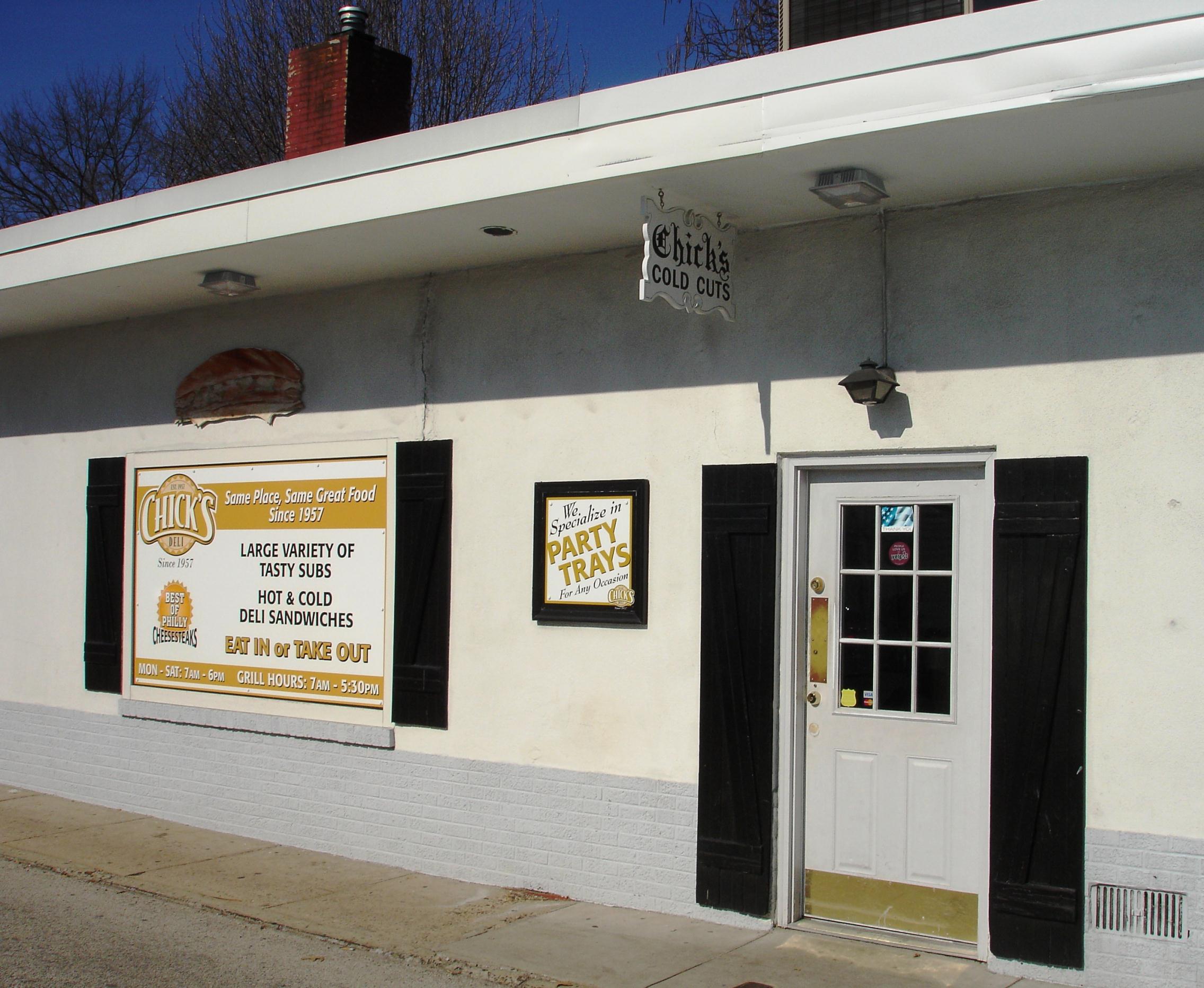 Good luck finding Chick’s. Township Lane in Cherry Hill was not found on our GPS; it’s really an alley behind a Route 70 shopping strip.

Chick’s serves hot and cold sandwiches, soft drinks, and Tastykakes, and that’s about the extent of it. We haven’t tried the hoagies, and we don’t believe in chicken steaks, but we can assure you that the cheesesteaks are exemplary. The meat is chopped and plentiful, the cheese is American, and the roll is sturdy enough to stand up to the onslaught. Ask for some long-hots to be laid across your steak. These hot peppers marry beautifully with the juicy beef and, if you enjoy the tongue-buzz, elevate this steak into the stratosphere.

Good luck finding Chick’s. Township Lane is not in our GPS, probably because it’s really just an alley set back behind a shopping strip along Route 70. Your best bet is to direct your GPS to the intersection of Route 70 (also known as Marlton Pike) and either Virginia or Georgia Avenue. Heading west, turn right on either of those streets and you’ll see the alley and a second strip of stores.

Chick’s, like most sandwich shops, is far from elegant, with an open grill up front as you enter, and a small collection of tables to your right. Arrive during lunch and you’ll probably find the tables filled with groups of guys, many in suits, on their lunch breaks.