Utica, NY is not a hotbed of microbrewery and brewpub activity, no doubt due to the long-time (since 1888) presence of  Saranac Brewery, formerly known as the F.X. Matt Brewery, originally known as the West End Brewing Company, perhaps most commonly known as the Utica Club brewery. The only other brewer in town is Woodland Farm Brewery, open since 2015. The joint was jumpin’ on a Friday evening, both inside and out on the patio. 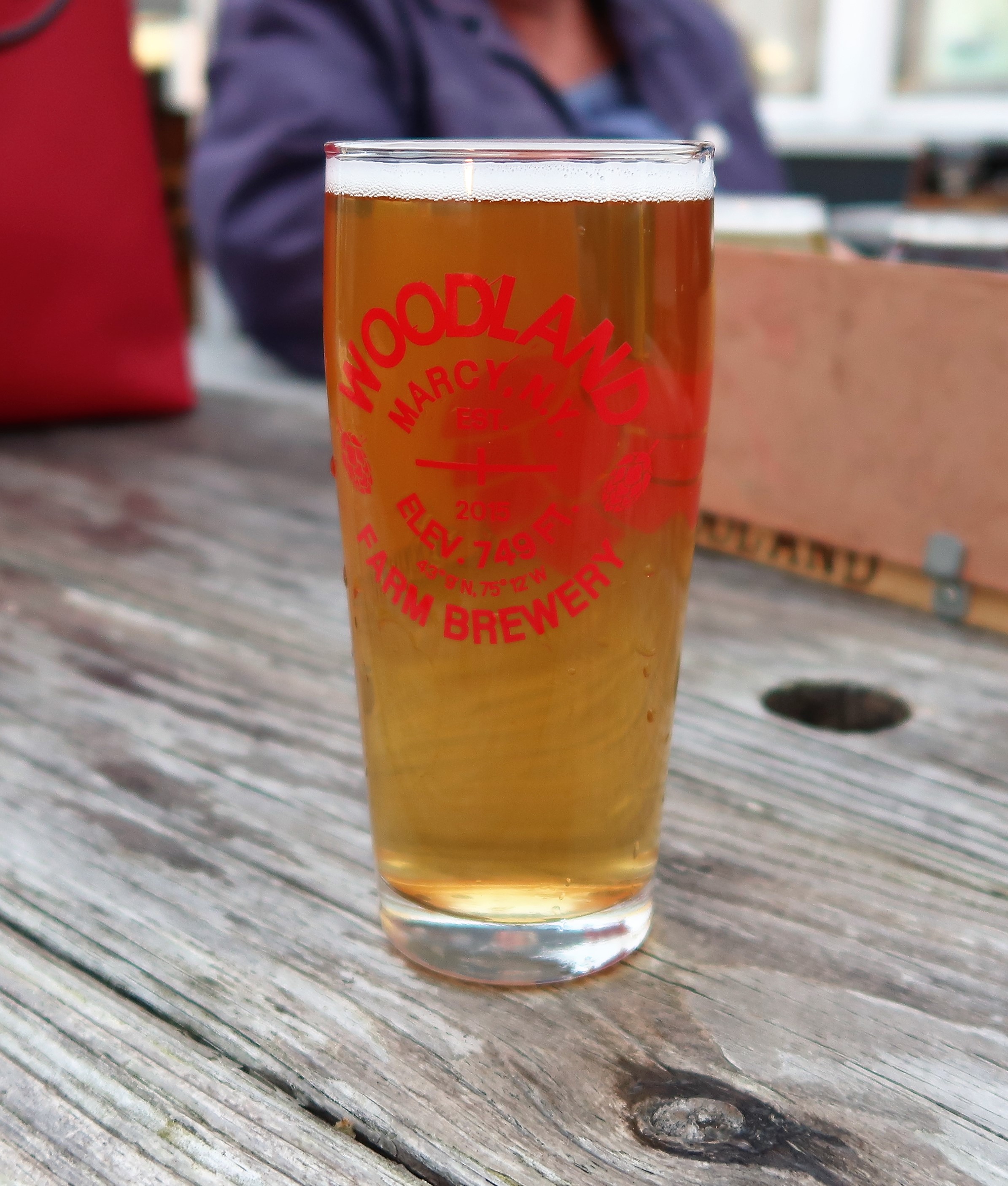 They call themselves a farmhouse brewery. The idea is to use as much New York State grain and hops as possible in the brewing of their beers, and the term has been defined in NY law since 2013. By 2024, 90% of the ingredients will have to come from within the state; currently, that proportion is 60%.

The beers are well-made at Woodland, and they also offer an appealing menu of “millennial” food. You know, sandwiches with lots of veggies, grilled cheese, waffles made from Tater Tots…

Checking In At, New York, Utica