Triumph’s beer is pretty good but the food is best left untouched. Add to that the fact that one of us does not enjoy the culinary wasteland of Princeton, NJ and the result is we don’t visit Triumph Brewing very often. But we found ourselves in town, at the art museum, with visitors from NYC, so here we were, sitting at the bar, beers in hand, plate of sloppy, so-so nachos in front of us. 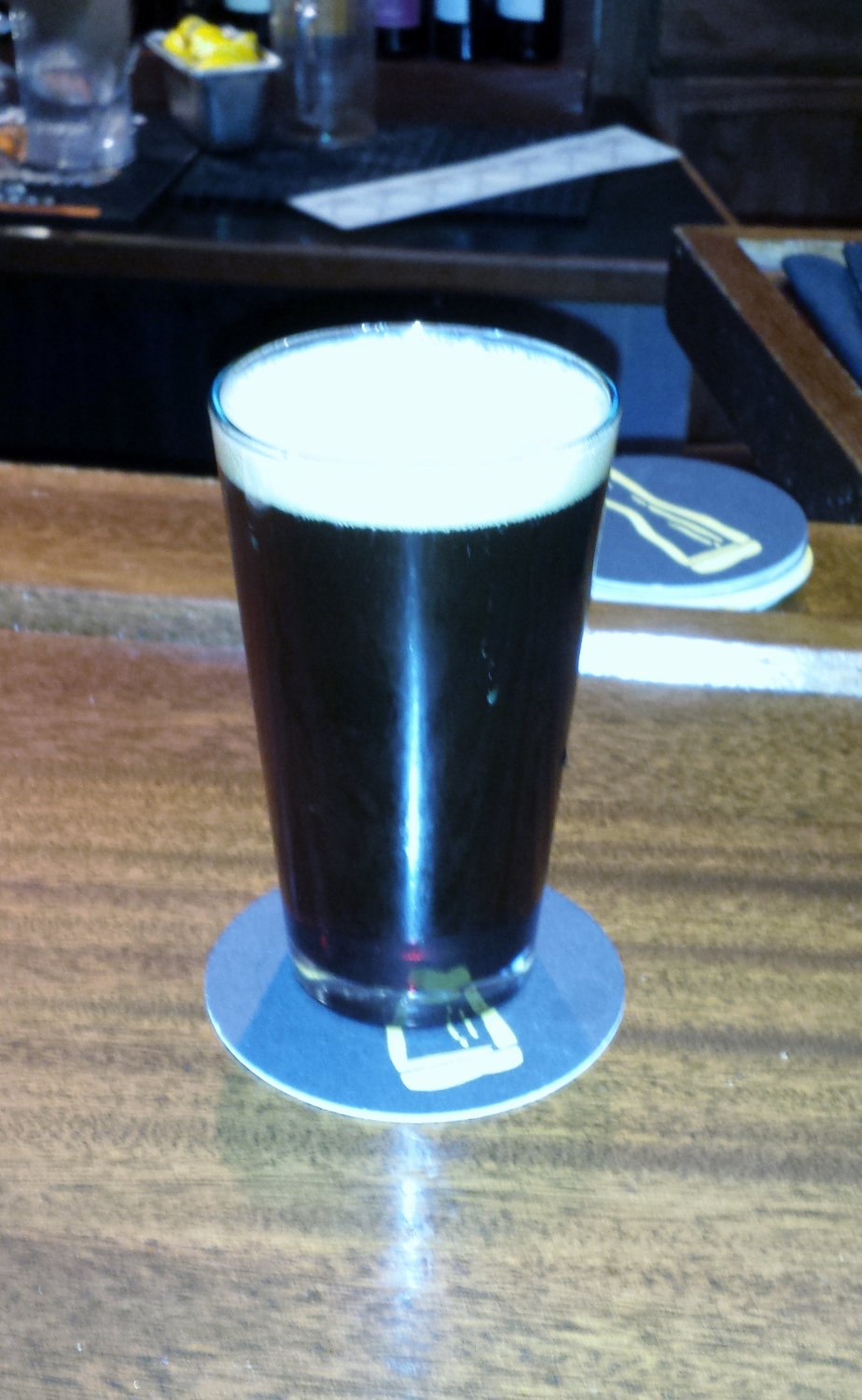 The porter didn’t drink as dark as it looked. Fairly gentle and actually refreshing, an easy quaffer. They call it a session beer but, at 6.2%, we’d dispute that.

One of our party ordered the seven-beer sampler and, while we didn’t try them all, the descriptions of the unfamiliar ones were interesting. The lightest one was called Gose, a regional German-style ale brewed with salt and coriander, with a lactic tang. The Lent Beer is brewed with kosher salt, black pepper, red chili flakes, and sage, and is meant, perhaps tongue-in-cheek, as a meal replacement. 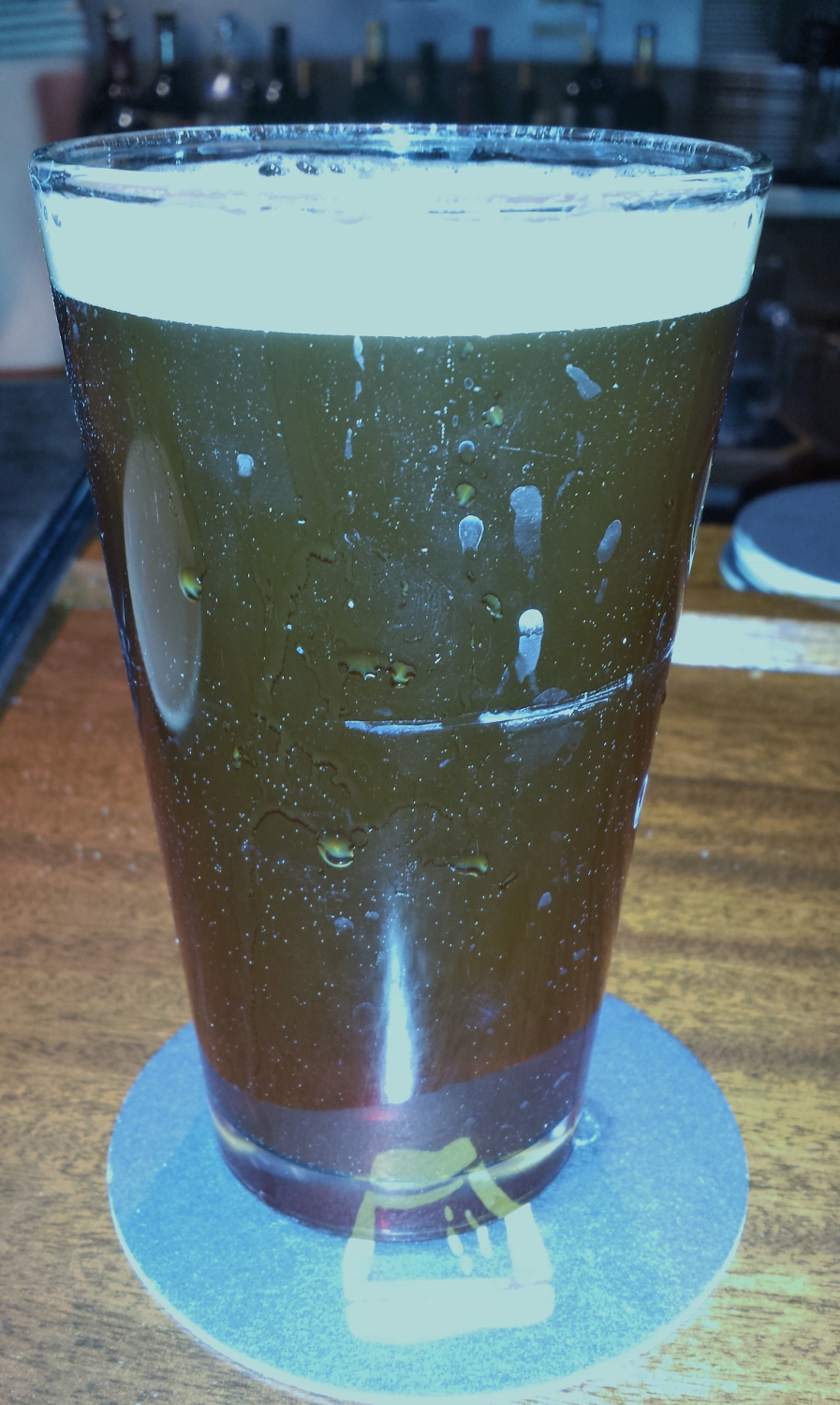 Nutt’s Brown Ale was on the hand pump tonight. Served at a cool cellar temperature, the lightly carbonated brew was another easy drinker, malty and delicious, reminding us of our days quaffing pints of cool ale in London pubs. 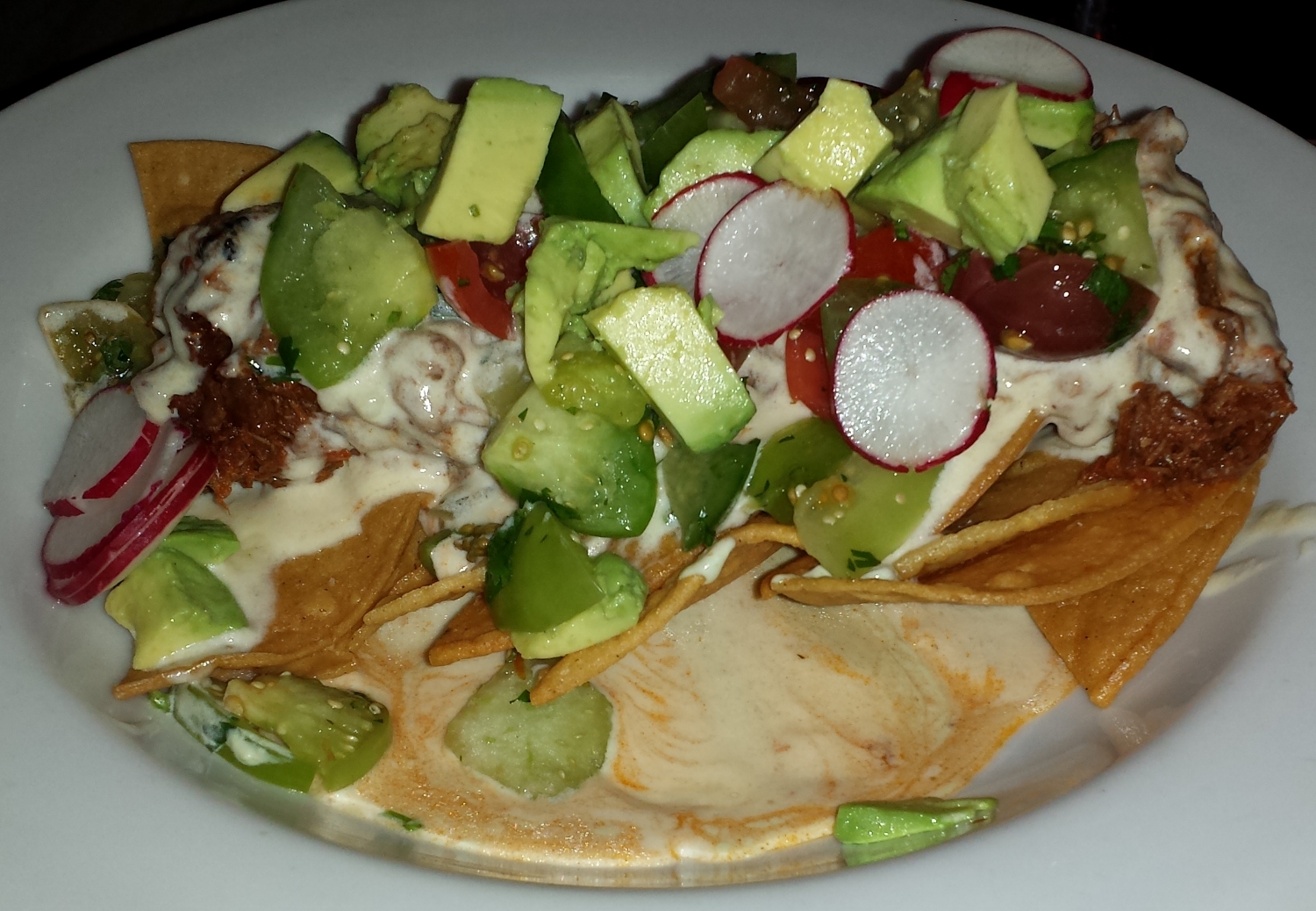 A plate of nachos was a liquidy mess, but the house-fried corn tortilla halves were actually good, and would have been better untopped.

Checking In At, Princeton