Duluth, Minnesota is one half of what is known as the Twin Ports, the largest freshwater port in the world. The “other” port, across St. Louis Bay, where the St. Louis River meets Lake Superior, is Superior, Wisconsin, a more blue-collar city with a decidedly lower tourist profile. If you like brewpubs, stopping in to Thirsty Pagan Brewing is a great way to see, closeup, the difference between the two cities. 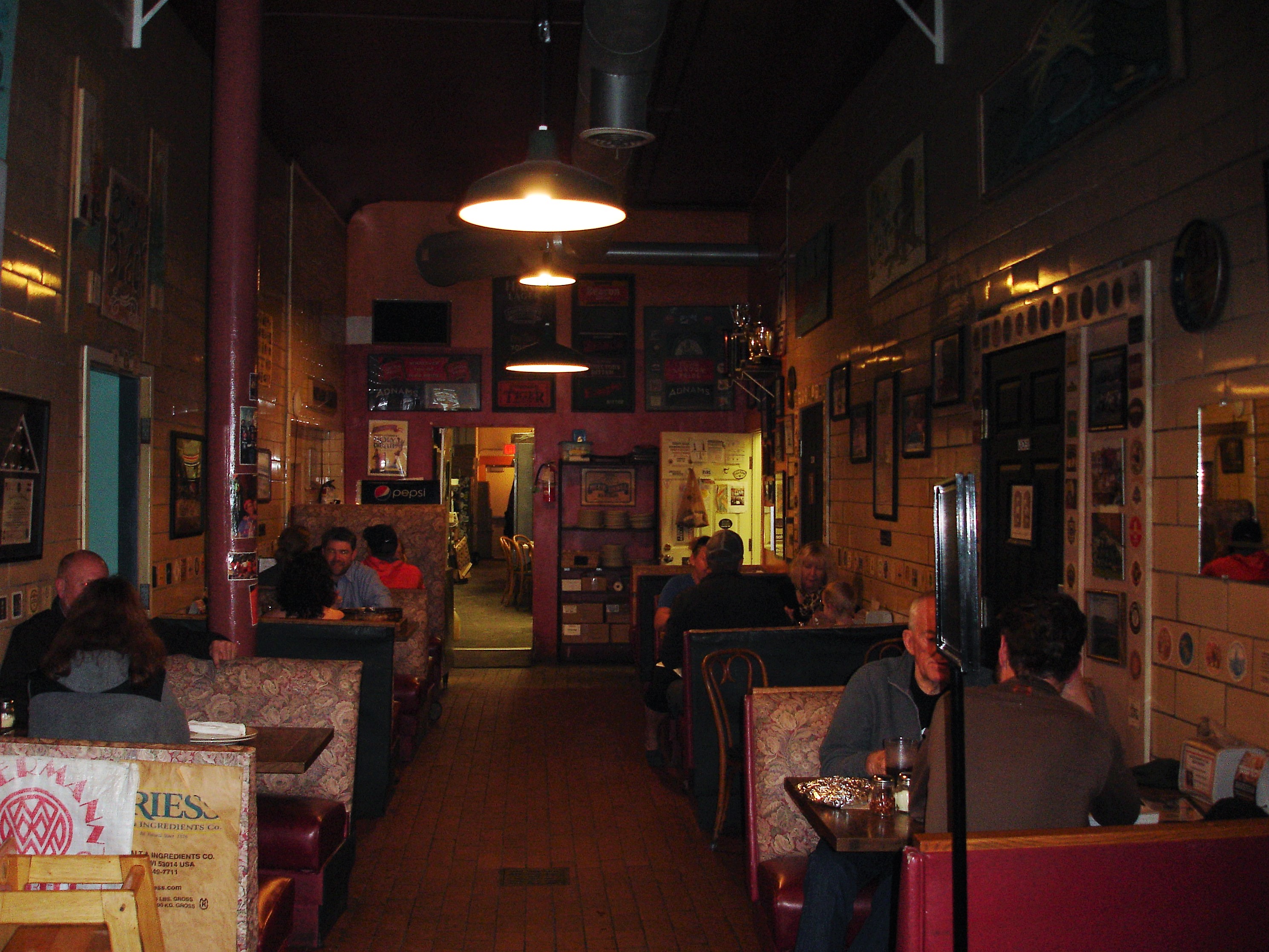 Thirsty Pagan is one of the most comfortable brewpubs in the Twin Ports.

The brewpubs of Duluth are much like brewpubs everywhere, frequented by generally younger people and a fair share of beer geeks, often in renovated industrial surroundings. Thirsty Pagan is like a homey, blue-collar bar. Not a beer and a shot kind of place, but, to us, almost like a British neighborhood pub. It sits in the midst of an area filled with light industry, car dealerships, and forbidding-looking bars. 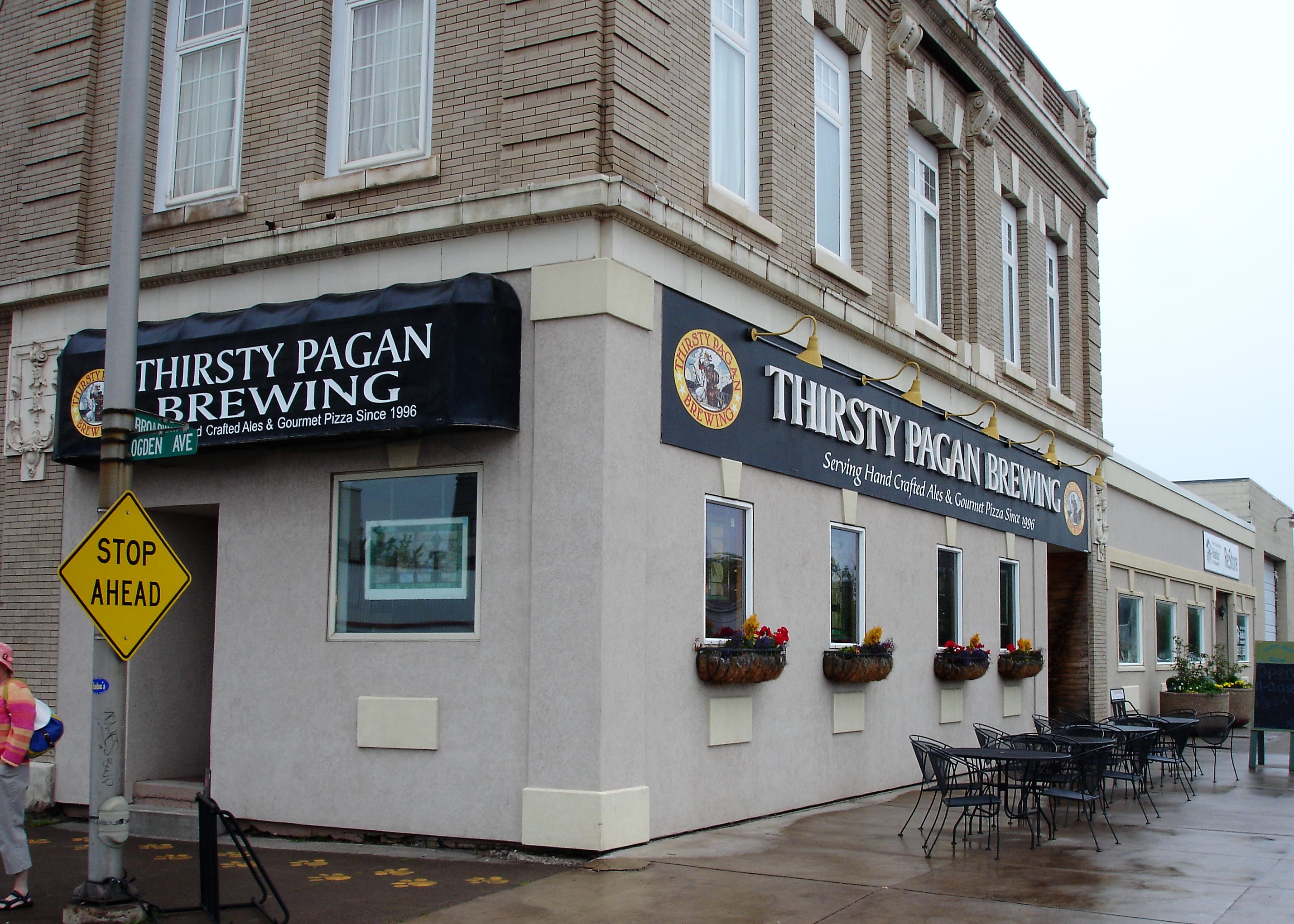 Thirsty Pagan’s previous incarnation was as Twin Ports Brewing Co. The sign says “since 1996” but the website says the site was purchased in 2006.

Thirsty Pagan feels populated by folks from the surrounding area, who come for the good beer, great looking and smelling pizzas (we had a hard time resisting them, but resist we did), and live mellow music. It’s easily our favorite brewpub of those we visited in the Twin Ports region.

Checking In At, Superior