This is our second time to Rossi’s new location in Hamilton, but our first burger at the new spot (we’d eaten them for years in Trenton). That’s Rossi’s biggest claim to fame, the Rossiburger. And those burgers have not changed a bit. They are still as bulbous and massive as ever, still served on a Kaiser roll, and are still under-seasoned, a small flaw that can be mostly corrected for at the table. 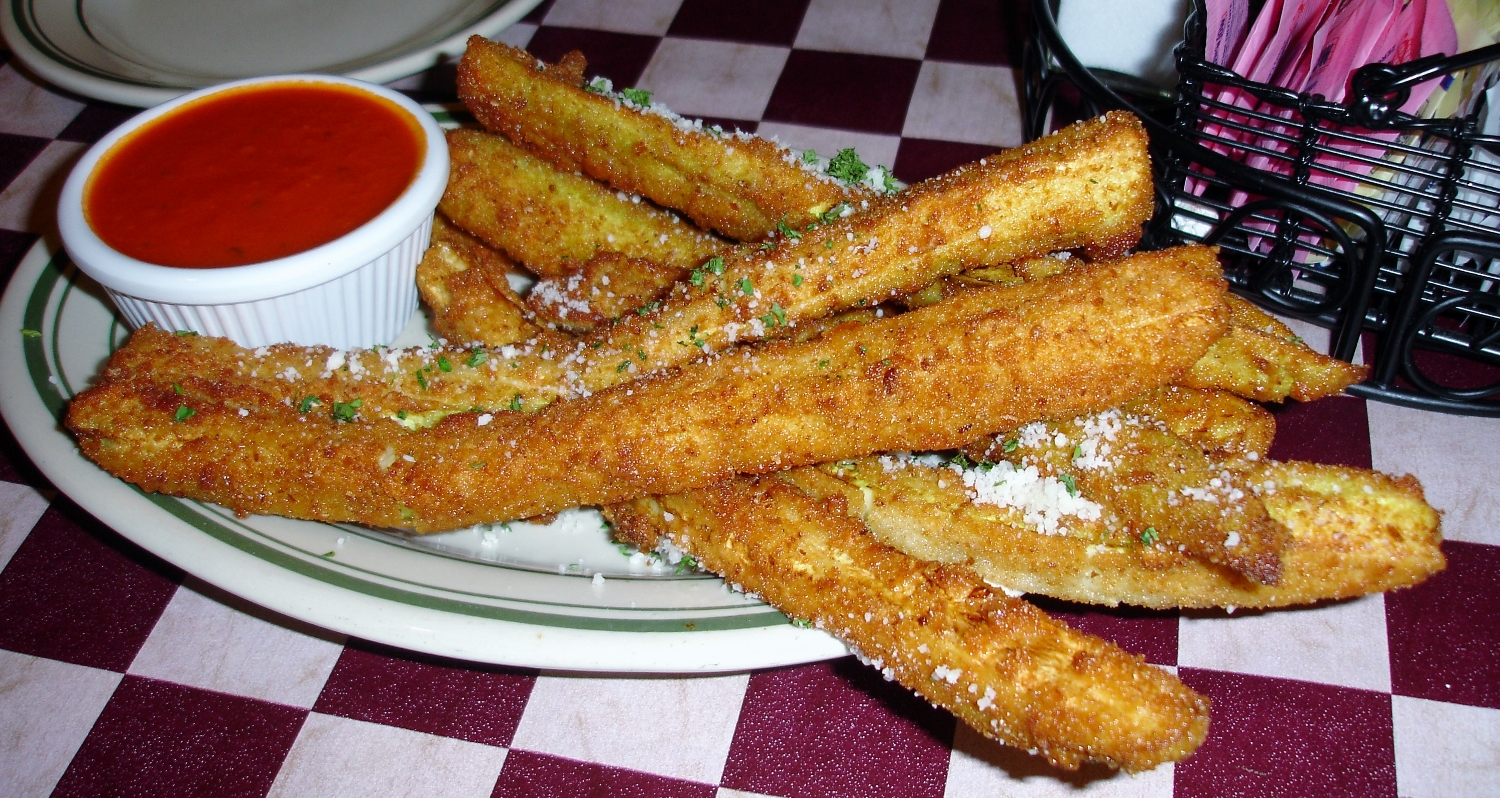 Zucchini sticks are the sort of bar food you find all over central New Jersey, and they’re consumed with no attention whatsoever paid to them. Rossi’s version is real food: long shafts of peeled squash are breaded and fried to a crackling crisp, with a savory sprinkle of cheese, yet the vegetable within remains steamy hot and moist, with an almost fluffy texture. They are the best fried zucchini we’ve had anywhere.

Rossi’s burgers won’t blow you away with beefy savor; these are not done in the modern burger-geek tradition where the mix of component cuts, say brisket and short rib, is specially selected and ground each morning. No, these are old-fashioned clods of cow formed from a grind probably not far removed from what you might get at the supermarket for your backyard cookout. Be sure to order them no more than medium for maximum juiciness.

Rossi’s has expanded their burger menu to include all sorts of modern exotica. You’ll find burgers topped with pork roll or broccoli rabe, fried eggs or chipotle sauce.

Checking In At, Hamilton