Fitger’s is a modern microbrewery but its spiritual and physical roots go back as far as 1857. That’s when the Duluth brewery that would eventually become Fitger’s Brewing Company was opened. It moved to the current site of Fitger’s Brewhouse in 1881. Like most regional brewers of the mid-to-late 20th century, Fitger’s couldn’t compete with the brewing giants. It folded in 1972. 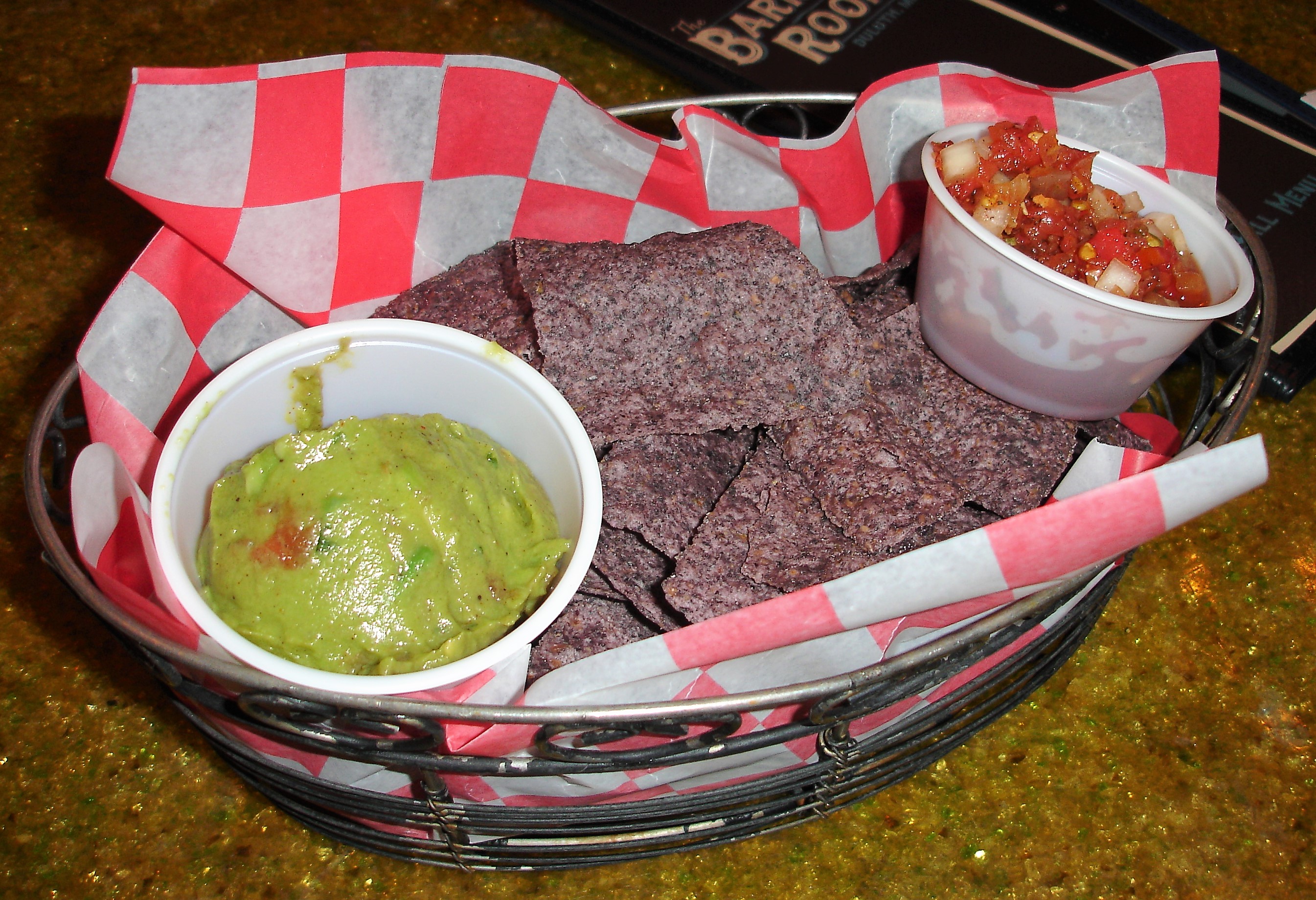 Across from the brewpub proper is a little bar called The Barrel Room, where we enjoyed our brews away from the bustle of the brewpub bar. Bar snacks are available there.

The brewery remained dormant until 1984, when the site was converted into retail and hotel space. Then, in 1995, Fitger’s Brewhouse was born, on the site of the original Fitger’s Brewing Company. The brewpub is just a small part of this complex – there’s now a hotel, a mall, a spa, and restaurants sharing space in the old brewery. 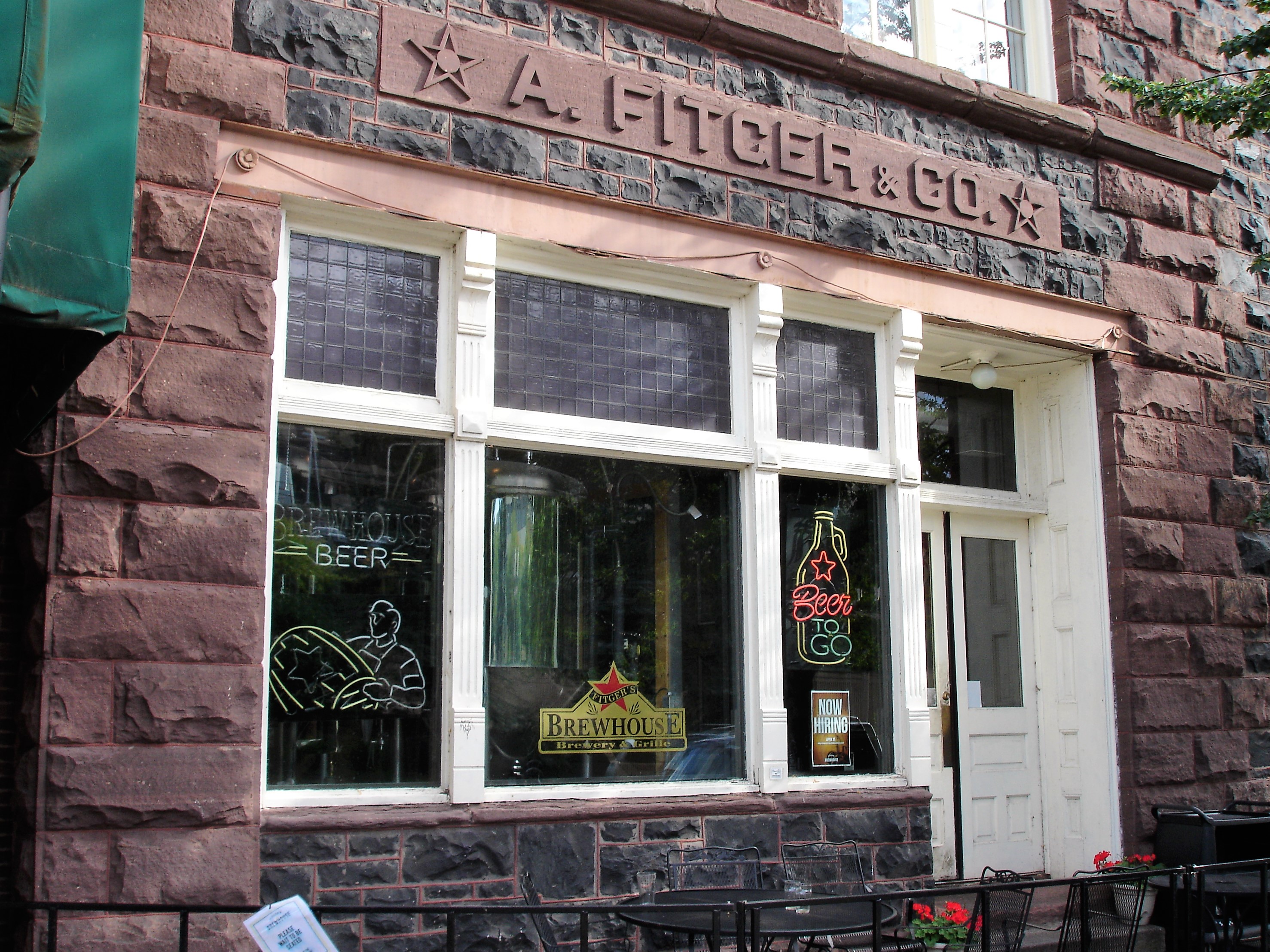 The location is ideal, smack against Lake Superior. There are brochures around that detail a self-guided tour of the old brewery complex. The Brewhouse also gives guided tours on Saturdays at 2P and 330P. Tours are $8, they last an hour, and you receive a 7-ounce tasting glass to keep, along with two tastings and a coupon for another glass of beer after the tour. 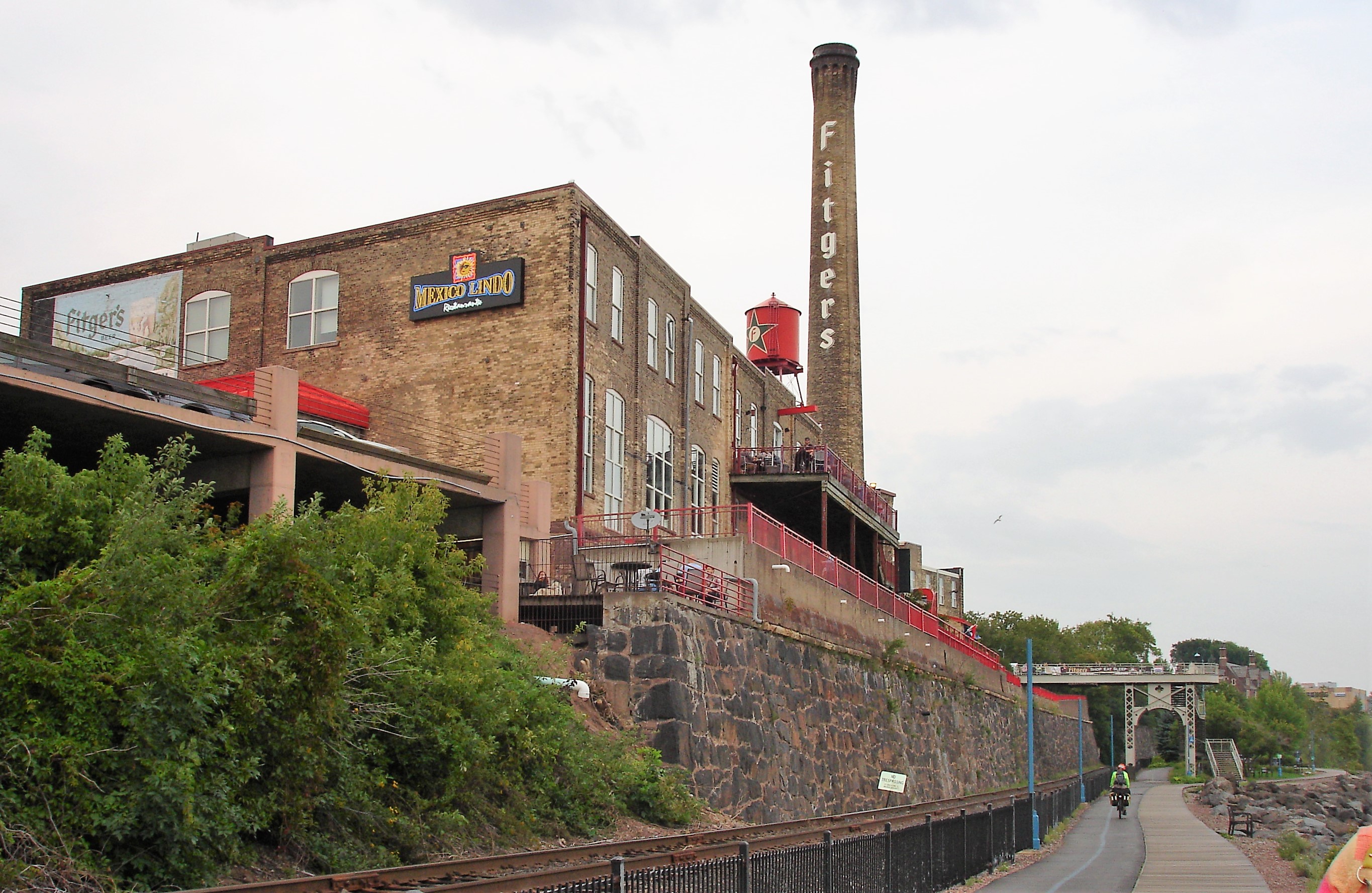 Fitger’s is accessible by stairs from the spectacular Lakewalk. 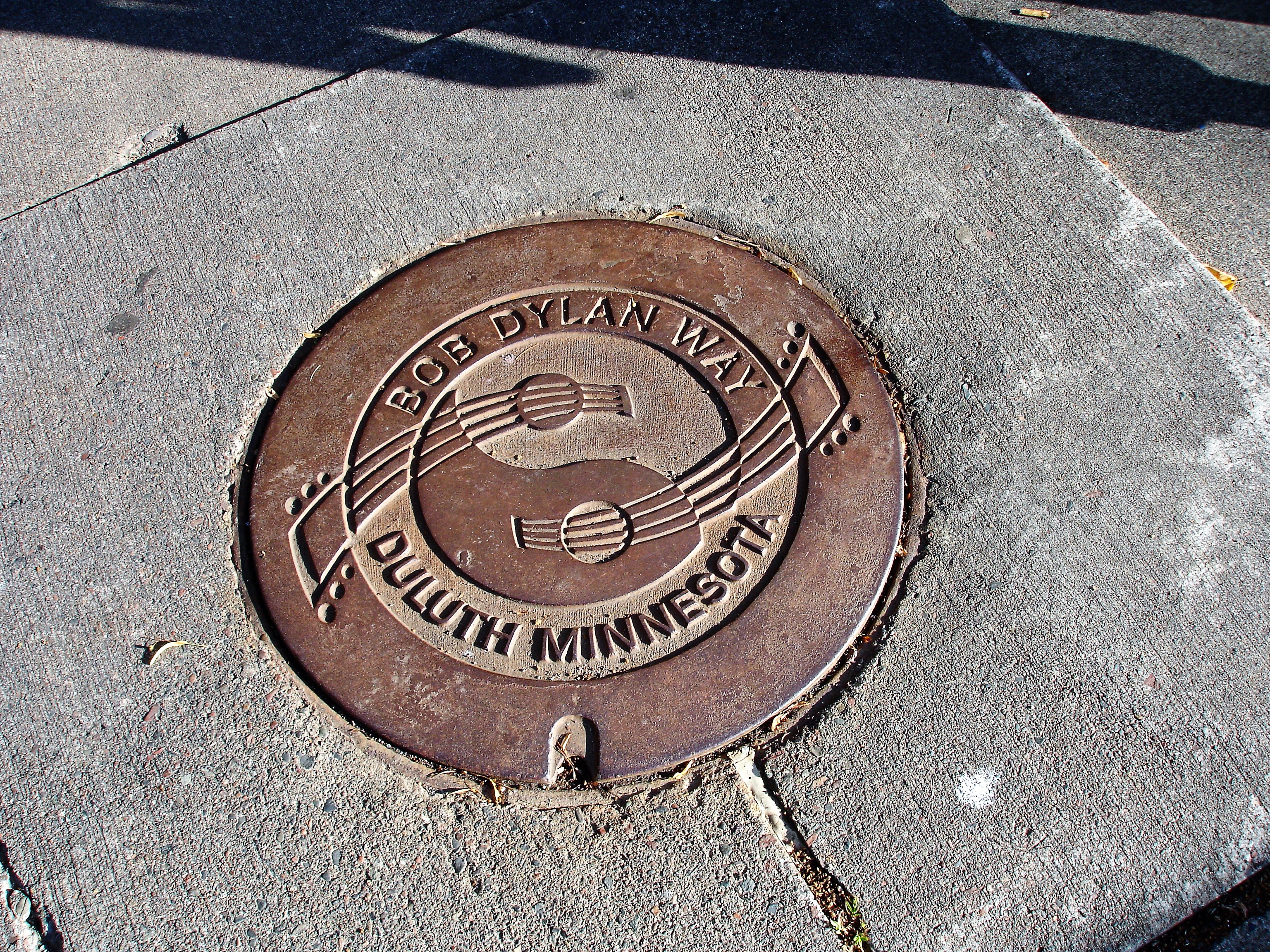 Duluth is no Liverpool. It plays its status as Bob Dylan’s birthplace pretty cool. You have to look hard to find evidence of the connection. Bob Dylan Way is a 1.8 mile path that includes Superior Street in front of Fitger’s. Dylan’s family moved to Hibbing when he was six.

Checking In At, Duluth