Across much of the US, roast beef sandwiches are The People’s Choice; regardless of the local specialties, you’re likely to see some kind of roast beef sandwich on the menus, and tables, of bars and casual eateries. People love ’em. So do we. Sometimes served cold, often served hot with gravy, the meat is generally thinly sliced, and the sandwiches, satisfying as they may be, generally have a commercial quality to them; they don’t often resemble home cooking. 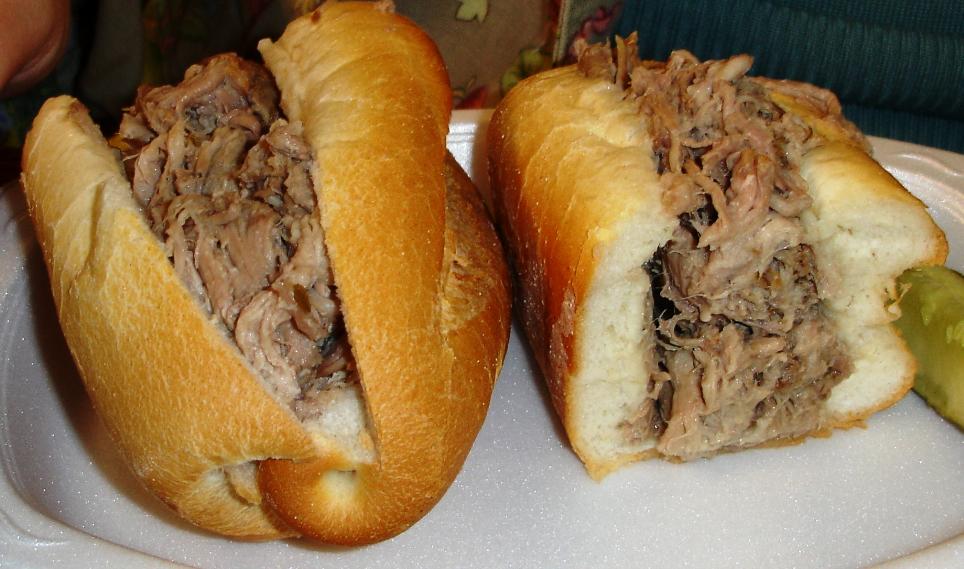 Chamberlain’s is a terrific exception. As you enter, look to your right and gaze upon the huge joints of roasted meat sitting across from the counter fronted by half a dozen stools (there’s also a very casual and brightly lit dining area to the left). The beef is pink and cool, sliced by hand, and piled high on a hard roll with the garnishes of your choice. The fairly thick-sliced meat is supremely tender, gristle-free and nearly fatless (even though the whole roast is clearly well-fatted; they take care in trimming the meat for sandwiches). Tables are outfitted with prepared horseradish, always a good idea with roast beef sandwiches. 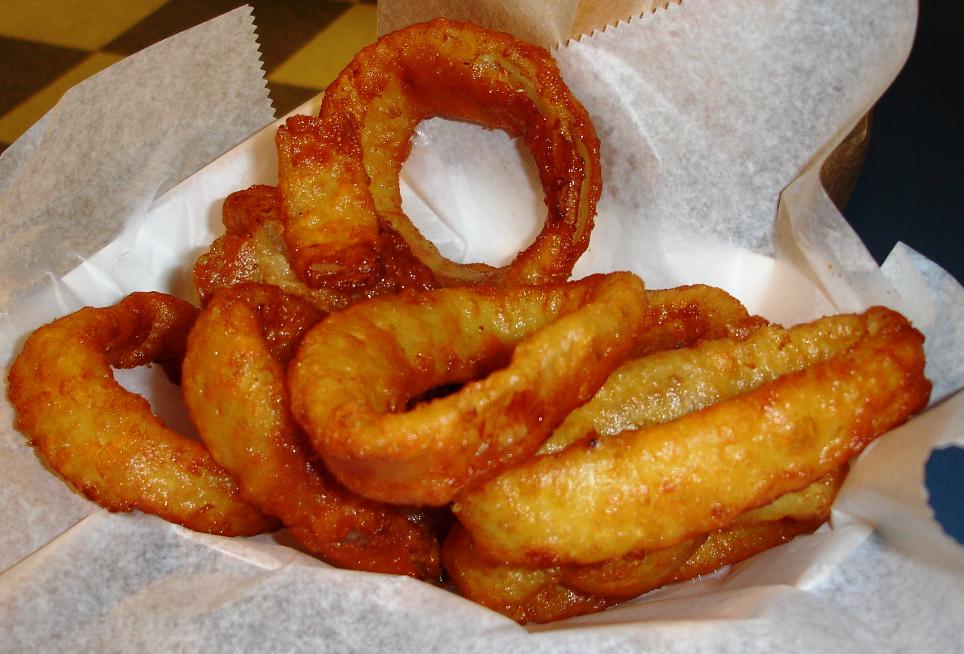 They don’t batter the rings here; nonetheless, these oily specimens are good ones.

You can get a roasted pork sandwich, too, and these are at least as good as the beef. The well-cooked pork is served warm and resembles, in texture only, the Italian pork sandwiches served in nearby Philadelphia. While rabe and sharp provolone are options, we recommend trying these beauties straight, dressed only with the pork’s own juices. The intensity of roasted pork savor, the lusciousness of the drippy sandwich, is not to be missed; this tastes like pork from the days before pigs were bred to be the other white meat. 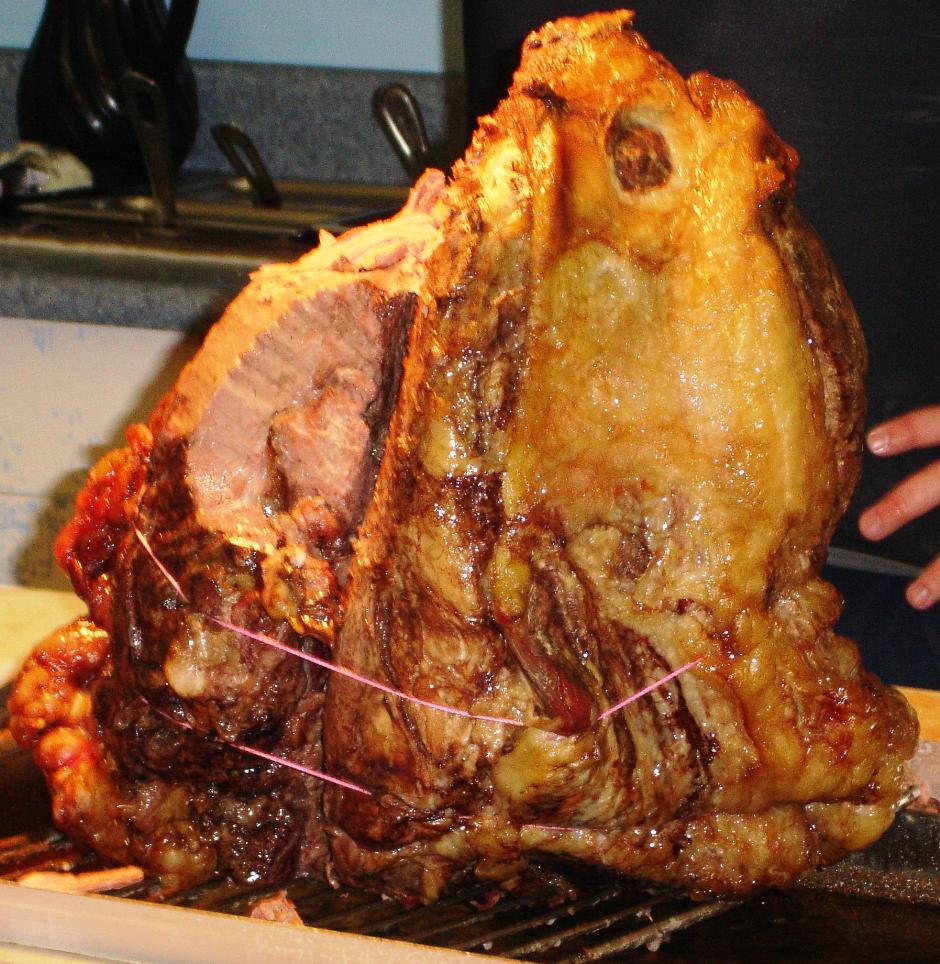 Chamberlain’s Roast Beef is inside Booths Corner Farmers Market, which is open Friday and Saturday only. This is one of those scruffy “farmers markets” that is a specialty of Pennsylvania; an indoor jumble, there is some good produce to be found, but they also resemble flea markets in many ways, and there are plenty of stands selling local specialties. 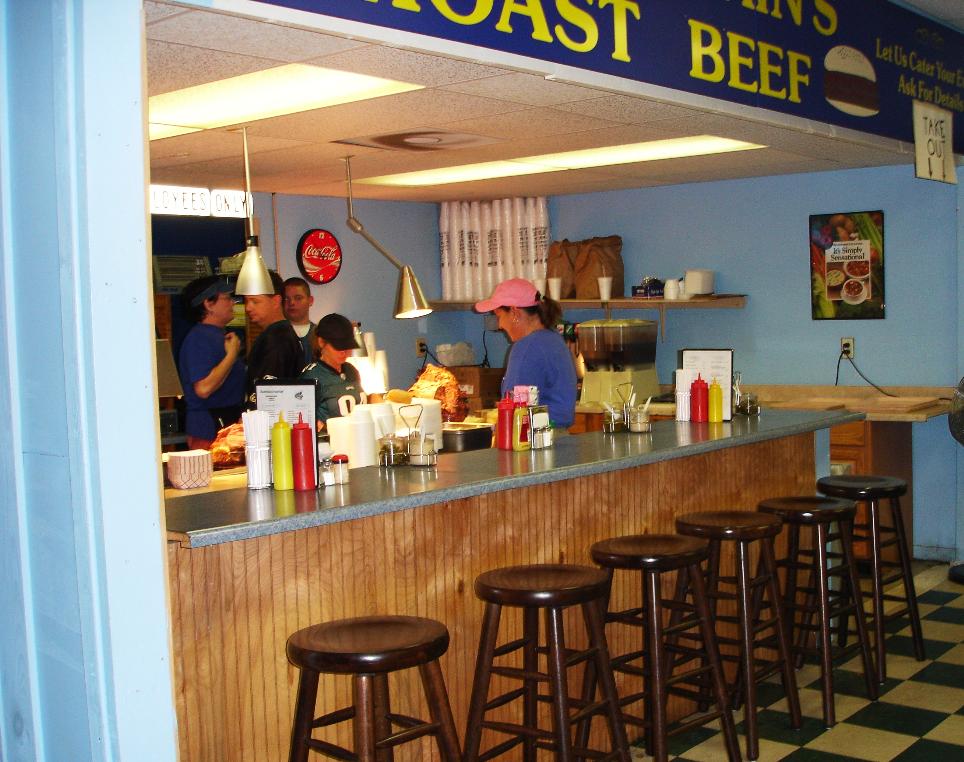 We think the counter seats are choice; there’s also a dining area with waitress service.

There is a major Amish presence at the Booths Corner market, on both sides of the counter. Here you can find bags of pot pie noodles and fresh-baked strawberry-rhubarb pie, smoked sausages and quarts of good, homemade Maryland crab chowder. We watched one man roll up and slice pastry dough destined to become sticky buns, and we had to succumb. Suffice it to say these are extraordinary sticky buns, and Petersheim Bakery, found at the far end of the market, probably deserves an entry of its own for these fabulous treats. 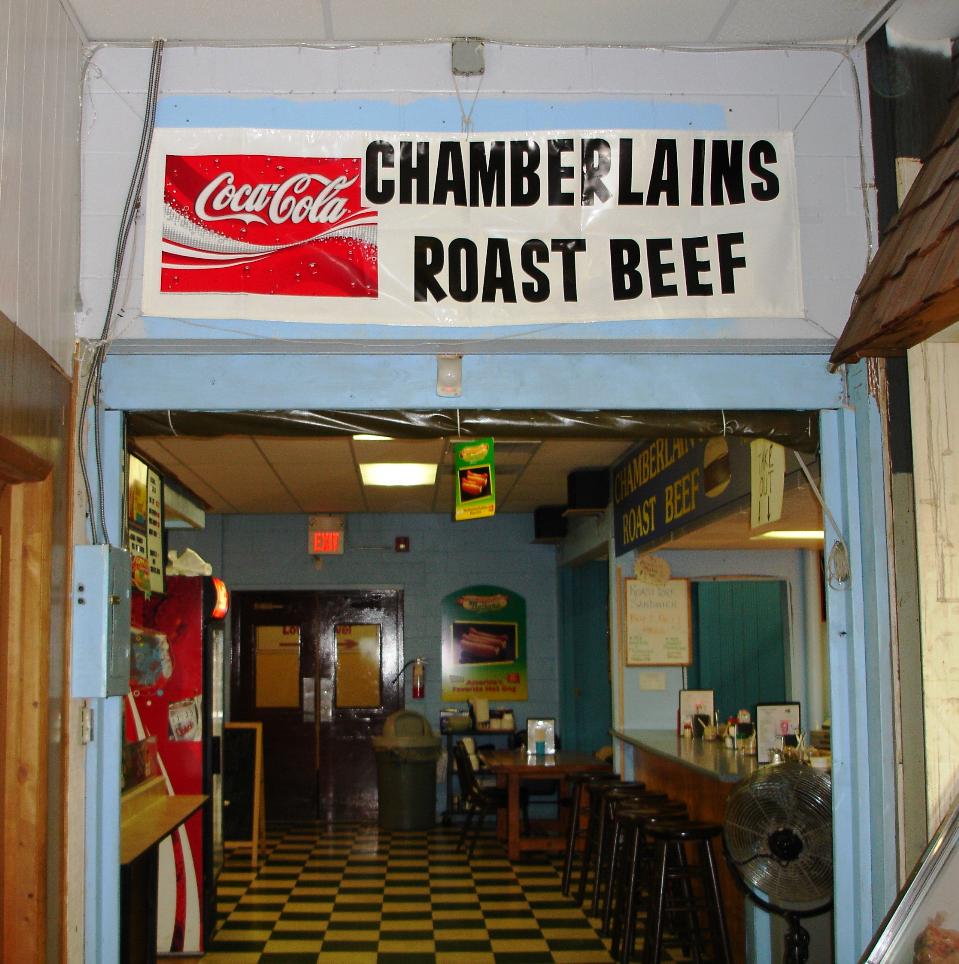 Chamberlains is part of Booths Corner Farmers Market; we highly recommend a visit to the market for all sorts of Pennsylvania delicacies, but don’t miss the sandwiches at Chamberlains.

Note: Chamberlain’s also has a cheesesteak stand in the market. It may well be good (we have not tried it), but it’s not the place we’re talking about here.