Booyah! It sounds like the sort of fad expression Ivy League college students used to say a century and a half ago, but no siree, it’s a soup found in northeast Wisconsin. We’ve been to Wisconsin multiple times, even northeast Wisconsin at that, and left without ever having heard of much less tasted it. Our loss, apparently. The concoction, said to originate with Belgian Walloon immigrants (though that is in some dispute), is generally prepared in huge kettles, outdoors, for big public gatherings. It’s based on chicken, often supplemented by beef or pork, with plenty of vegetables including some combination of cabbage, beans, potatoes, rutabagas, carrots, and tomatoes. 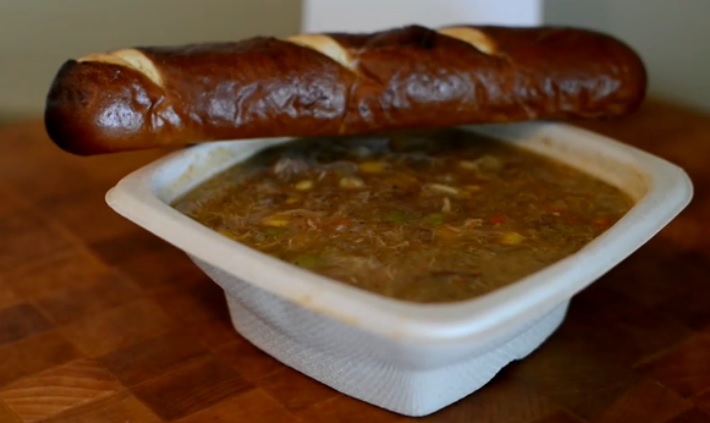 Booyah is new to Lambeau Field for 2015.

A bipartisan (remember that word?) group of Wisconsin lawmakers are currently working on a bill to make booyah the state soup, celebrating “booyah’s ability to bring Wisconsin communities together.” It’s expected to pass as early as February. In the meantime, if you want to try booyah and can’t locate a public event where the soup/stew is making an appearance, you can always attend a Packers game at Lambeau Field in Green Bay- booyah arrived there this year. It’s also on the menu across the street at Kroll’s West.