One of our favorite dishes will soon be available in three locations in suburban Milwaukee! Hoppel poppel is a Midwest breakfast specialty of eggs scrambled with chunks of potatoes and salami, and sometimes other vegetables. What makes the hoppel poppel at Benji’s deli so special is the use of kosher salami, which scents the whole mish-mosh with a touch of garlic. We like to order ours in the super configuration, which adds peppers, onions, and mushrooms (and cheese, but we ask them to hold it – cheese don’t go!). 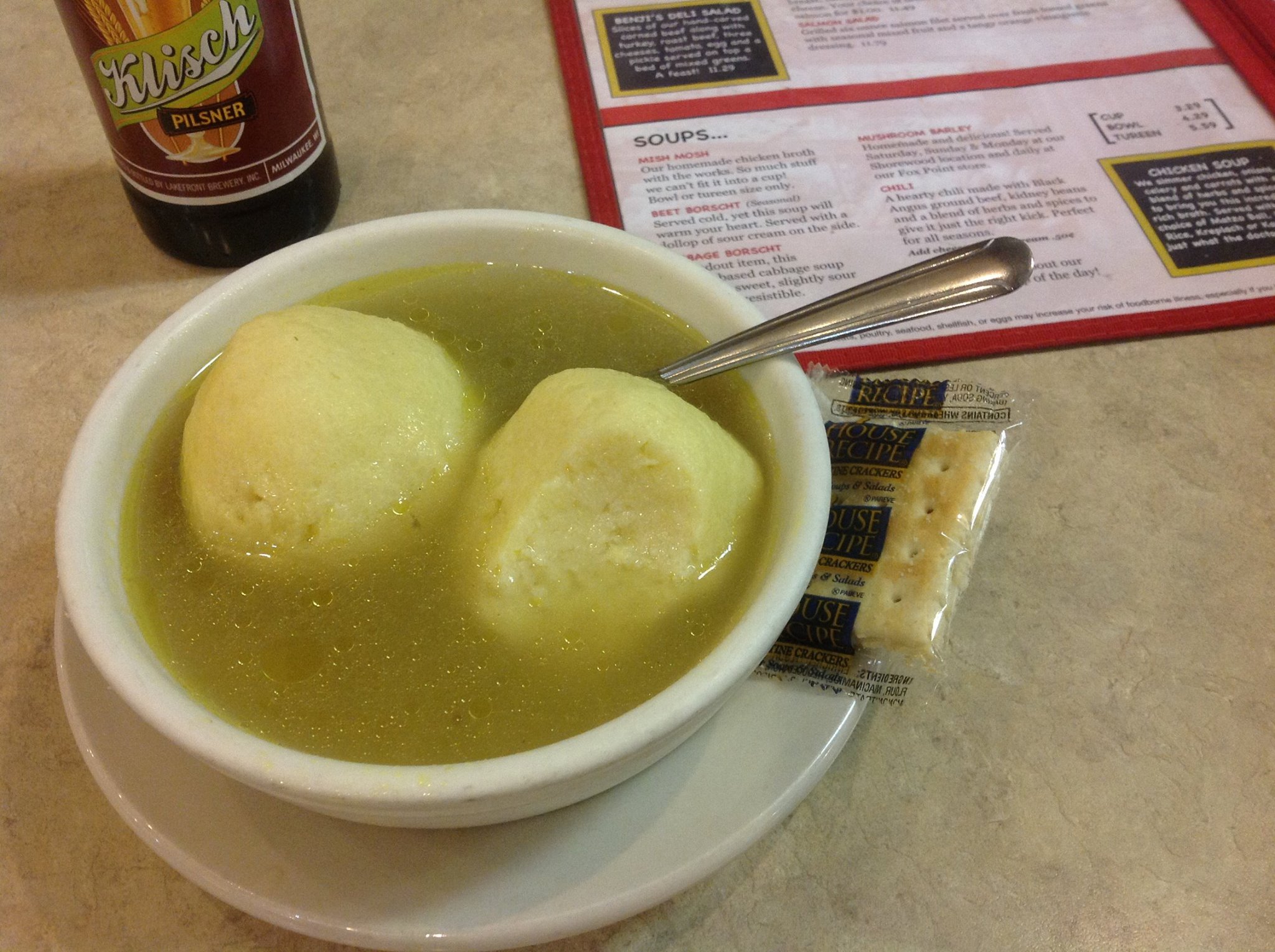 What’s a Jewish deli without a steaming bowl of matzo ball soup?

Benji’s Deli was started in 1963 and, today, there are two locations: Shorewood and Fox Point, both just outside of Milwaukee to the north. The third location, to open by the end of this year, is landing in Wauwatosa, a city that borders Milwaukee to the west. It’ll be next door to Camp Bar, replacing, appropriately enough, a nutritional counseling/health food store. Part of the plan is to serve some of its menu after they close at night to the patrons at Camp Bar.