Rossi’s Bar & Grill finally moved, this summer, from Trenton, NJ’s Chambersburg neighborhood, leaving just one restaurant remaining of the dozens of Italian restaurants that once lined the streets of the ‘Burg. Rossi’s landed in Hamilton Township, at the site of a former Charlie Brown’s. That didn’t sound promising: the old Rossi’s was an old corner tavern, with a small dining area that seemed almost an afterthought. You entered to a bar, and if there was a crowd, you left your name with the bartender. They’ve tried to keep the basic geometry the same. You still enter at the bar, with the somewhat larger dining room to the right. The bartender can stick to bartending duties as they now have a hostess desk. All the baseball photos and memorabilia made the trip. Everything, of course, looks clean and modern, for better or worse. 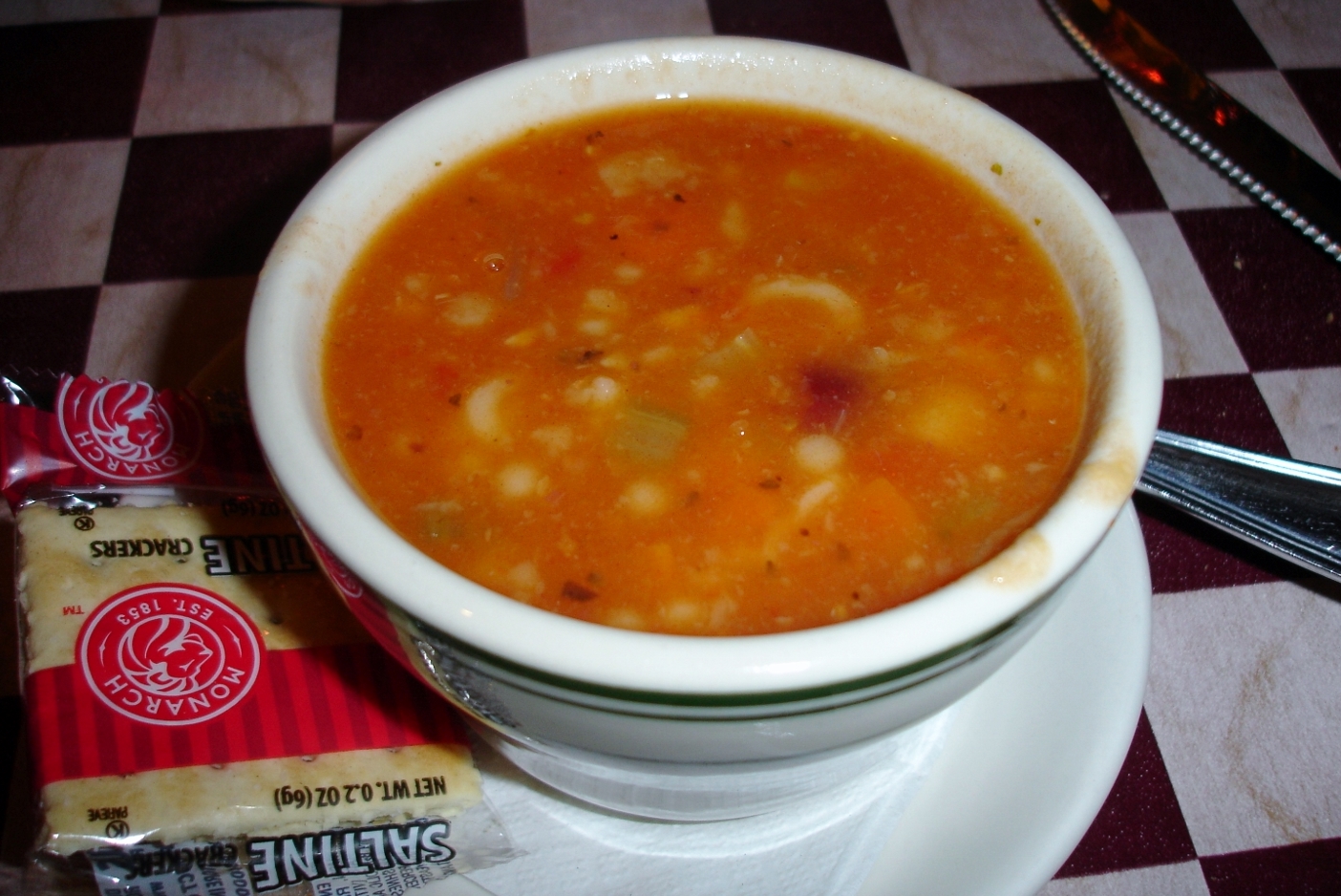 Everyone knows that the massive Rossiburger is the signature dish. We’d guess that about 70% of the packed house ordered a burger, and we enjoy it as much as anyone. So we ordered Italian food. Actually, the Italian food at Rossi’s always had a homey quality that we enjoy. It won’t set off any culinary fireworks, but we’re not always looking for fireworks. We began with a plate of broccoli rabe & spicy Italian sausage, something we order even when we’re doing burgers. Their rabe is juicy and garlicky. The table bread comes in handy when the vegetable is gone. Cups of pasta e fagioli followed, which they now call Pasta ‘Tre’ Fagioli (three beans, three pastas). As comfortable as an old pair of slippers. 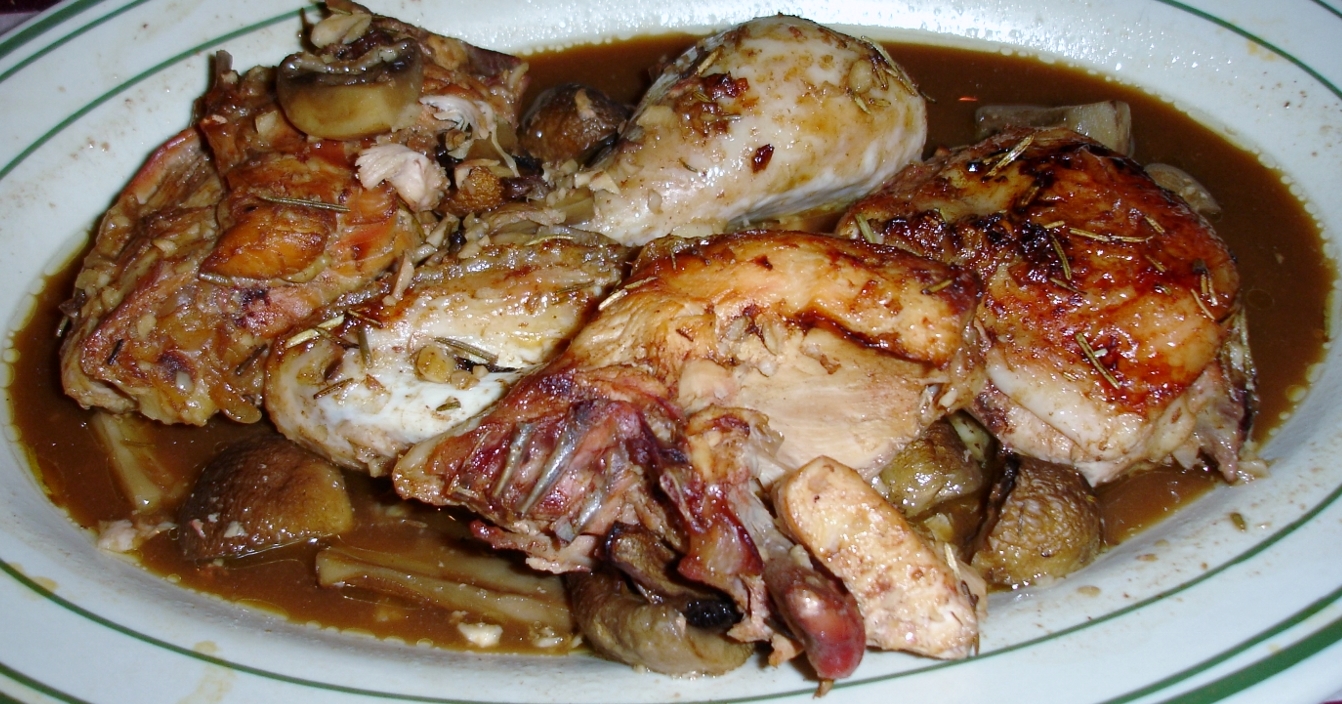 Sharon’s Chicken Cacciotore: Sharon’s not telling anyone the recipe

Our terrific waitress for the evening was Debbie Rossi. She nabbed for us the last portion of the daily special, Sharon’s Chicken Cacciatore. Debbie told us that Sharon will not tell anyone her recipe, including everyone else at Rossi’s. She obviously uses sweet wine and rosemary, and the meat drops from the bone with gentle prods from a fork. The dark wine means the bird won’t win any beauty contests, but this tastes like Sunday at grandma’s (if grandma’s name ended in a vowel). 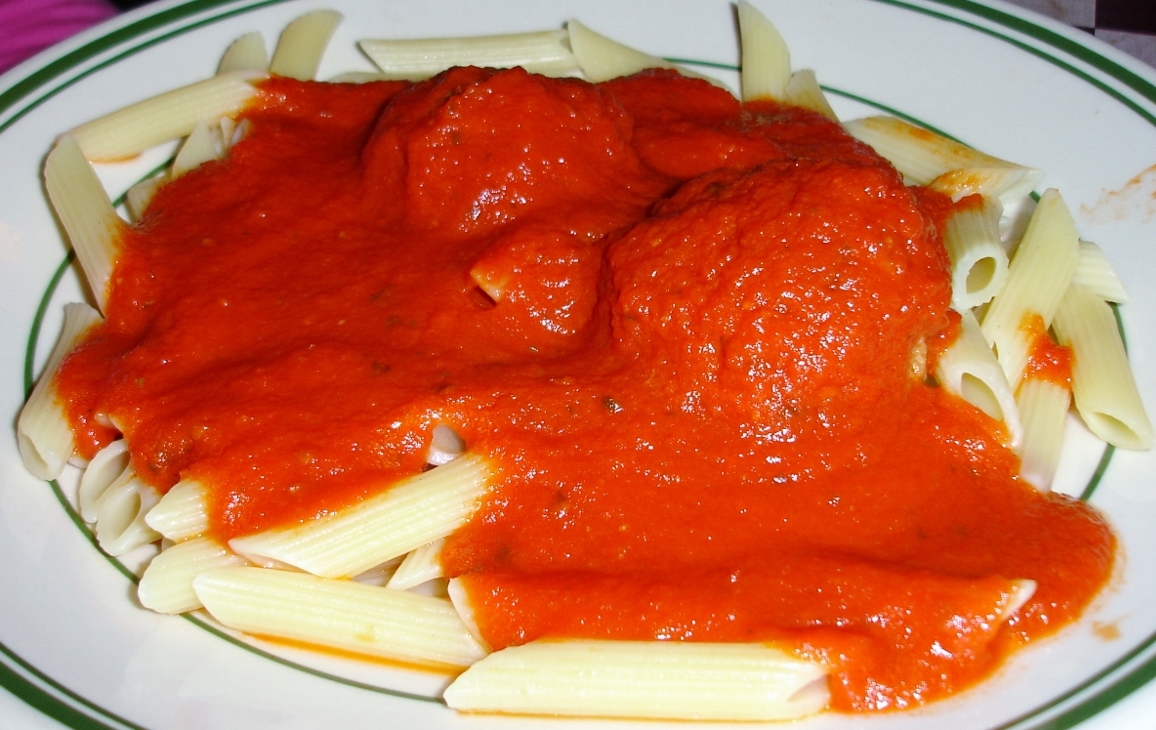 The patron pasta of Trenton is pencil points, otherwise known as penne. Every Italian meal in the city used to be accompanied by a plate of red-sauced pencil points. Meatballs are always an option.

We miss the old place but it’s nice to see them thriving in Hamilton.

Checking In At, Hamilton