To mark the long-awaited start to the stone crab season, which begins in Florida on October 15th each year, Keys Fisheries holds a stone crab claw eating contest (open to amateur eaters only). The goal is to eat 25 medium claws in the fastest time. This year’s winner, in the contest held yesterday, consumed his 25 claws in 14 minutes and 20 seconds. Now, to stone crab novices, that may not sound like speed eating, but part of the contest involves cracking the claws to get at the meat, which is no easy task — in restaurants, the claws generally come pre-cracked. 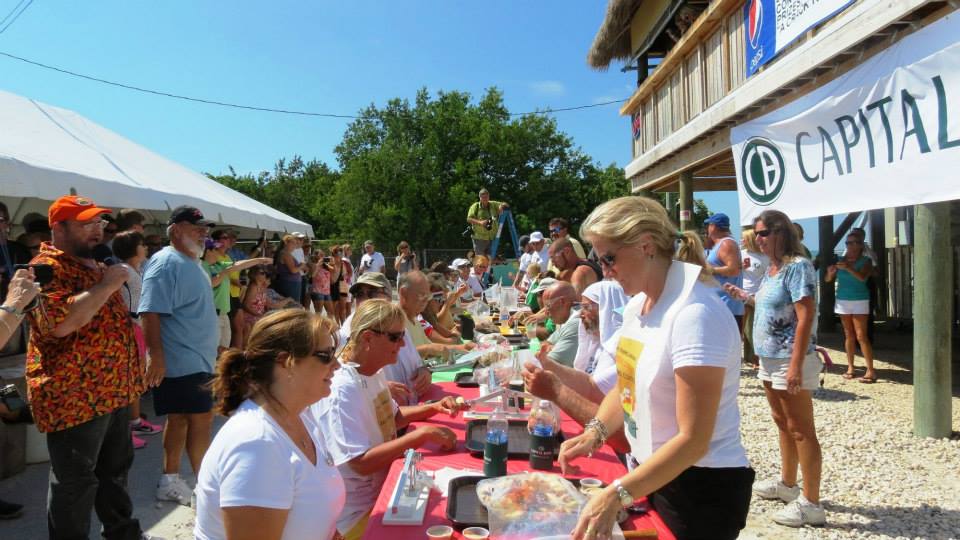 The goal is to crack and consume 25 medium stone crab claws in the fastest time.

Keys Fisheries, located in Marathon, about two-thirds of the way down the Florida Keys from the mainland, is an ultra-casual eatery and working fishery which harvests their own stone crab and other southern Florida seafood delicacies like conch and spiny lobster. If you’re driving down to Key West, don’t miss a meal at Keys Fisheries!