The Waffle House has beckoned to us for years, decades even. We have a general aversion to chains, but a curiosity when it comes to regional chains. We’ve enjoyed Steak-N-Shake, Burgerville, Rubio’s fish tacos… not that we’d make a point of returning to most of them, but they were certainly worth the visit. The reason we’d never entered a Waffle House wasn’t that we actively avoided it but that there was always a better, independent option available, especially given their Southern locations. 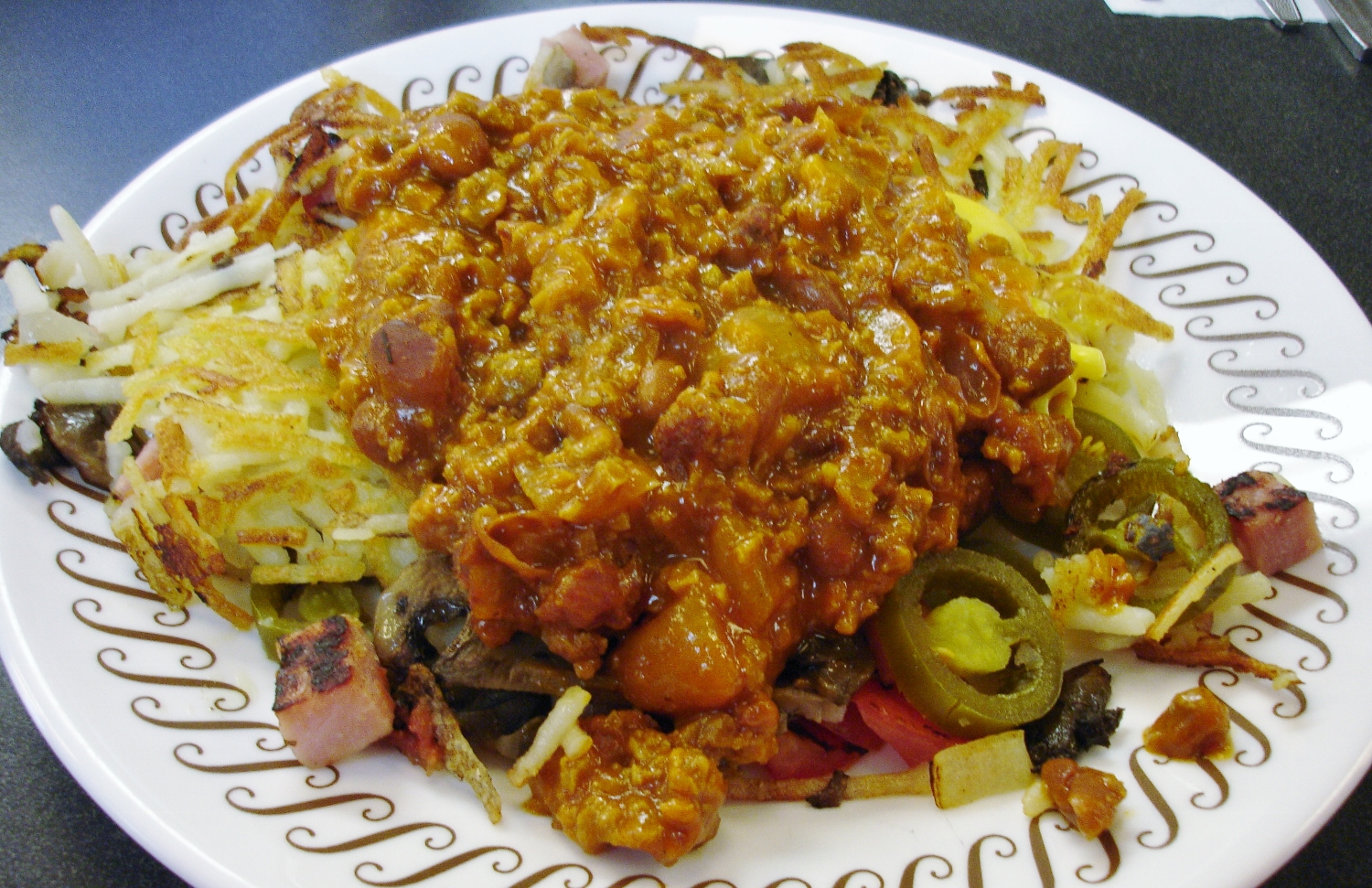 We enjoyed how many of the breakfast items are endlessly customizable. You can get your hashbrowns scattered (spread out on the grill as they cook) or not. Toppings, and their “code words,” are: smothered (sautéed onion), covered (melted cheese), chunked (grilled hickory smoked ham), diced (grilled tomatoes), peppered (spicy jalapeño peppers), capped (grilled button mushrooms), topped (chili), and country (sausage gravy). Want ’em all? Then ask for “All the Way,” as these are prepared (except they had run out of sausage gravy). Delicious! And an ample breakfast by themselves.

Then it finally happened, the perfect storm: Sunday morning in the South, on the road, and the place in which we had hoped to dine for breakfast (we had conflicting info on its Sunday hours) was closed (as most rural restaurants seem to be in North Carolina). Nothing other than McDonald’s was open. What to do? We’d be driving all day, so we decided to just wait until we hit the next “big city,” which wouldn’t be until lunchtime. That is, until we saw the signs on the Interstate for the Weldon, NC exit: Waffle House! And, as they say in horse racing, our maiden was broken. 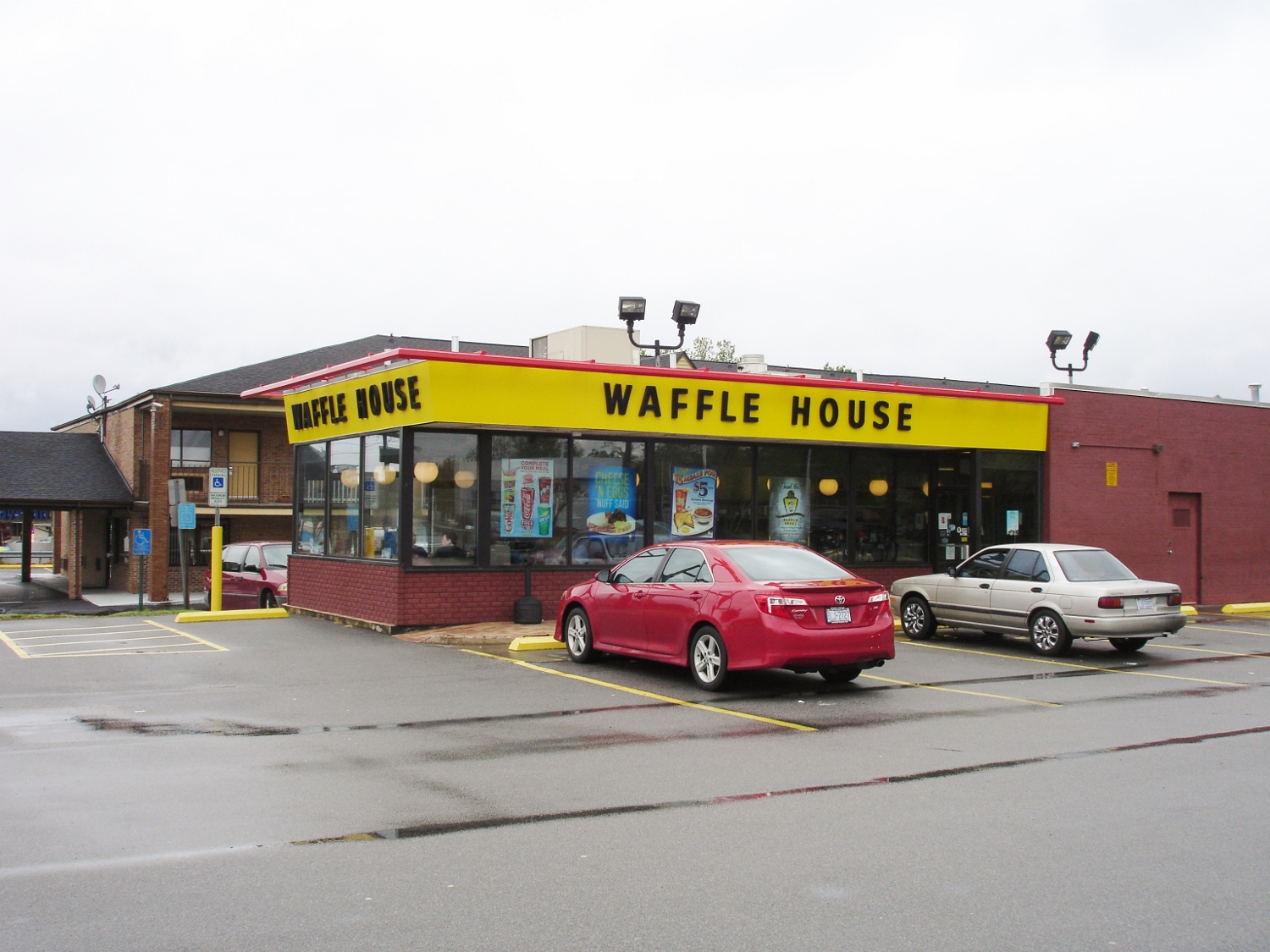 Bruce loved it; Sue liked it enough to visit another one if a similar situation presents itself. We sat at the counter, which we highly recommend if you want to witness all the action. That action to which we refer is the rapid-fire cooking, the steady stream of takeout, and the give-and-take between the four or five women who kept things moving along (a guy briefly showed up towards the end of our visit). It was a fascinating show! We were reminded of the counter of a Northeast diner or old-fashioned coffee shop.

There was character and personality unlike anything we’ve ever experienced in a McDonald’s or KFC. It surely helps that they employ (at least at this Waffle House) adults rather than teens. The woman who served us was sweet and helpful (she was distraught and apologetic when there was no sausage gravy for our “All the Way” hashbrowns, so she deducted 45 cents from the bill). There was no real butter or syrup, of course. How could there be at these prices? But we enjoyed our breakfasts and we enjoyed the scene.

BEST THING TO EAT: “All the Way” Hashbrowns