Attman’s Deli on Lombard Street in Baltimore turns 100 years old this year. Today’s Attman’s is famous for their sandwich menu but what most fans don’t realize is that, for about the first 50 years of its existence, Attman’s was really a Jewish grocery that fixed the occasional sandwich for those customers who asked. It was founder Harry Attman’s son, Seymour, who turned it into a true restaurant in the ’60s. 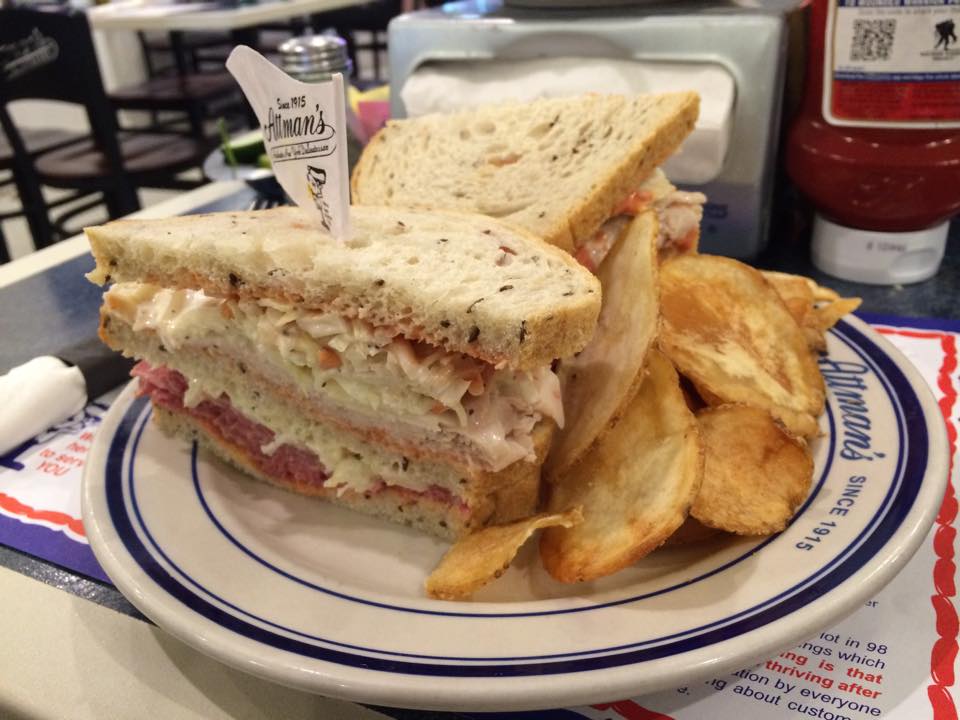 Today, most of the folks who work and eat there are African-American but, aside from the occasional order for corned beef with ketchup, the spirit of Attman’s remains much as it was. Harry’s grandson Marc now runs the deli, and Marc says there’s been some hinting around from the next generation of Attmans about eventually continuing the family business. Read more about Attman’s Deli (and see a mouth-watering slide show of their ten best-selling sandwiches) in this Baltimore Sun story.