Let’s get this out of the way up front: Stahley’s does not serve the best anything. We know that some people who come to LAF care about the food, and nothing but the food, and we have no problem at all with that approach but we have to say, if that describes you, do not come to Stahley’s. You will be disappointed. 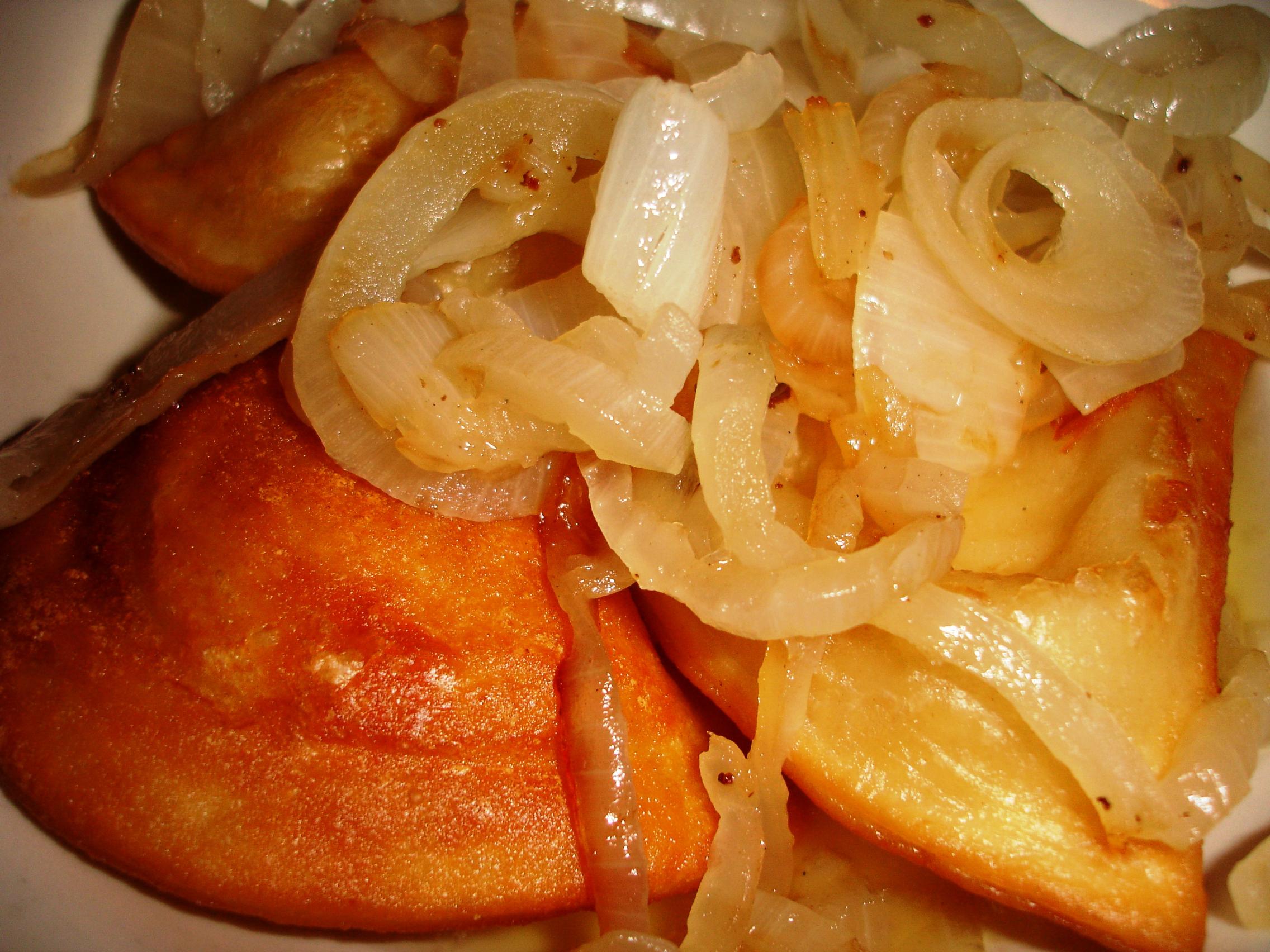 Ask for the fried pierogi with onions and butter and they arrive swimming in a pool of butter, topped with loads of soft onions.

For the rest of us, Stahley’s offers the ideal environment for entering the flow of the East Allentown zeitgeist. The Cellarette is nominally a sports bar, but it’s really much more than that. It’s the neighborhood gathering spot, where you’ll see big tables of multigenerational families enjoying festive meals of cheesesteaks and fried pierogi and pitchers of root beer. It’s a bar where single older gentlemen sit and nurse glasses of cheap local beer. It’s the place for night owls to grab an inexpensive breakfast before heading home. 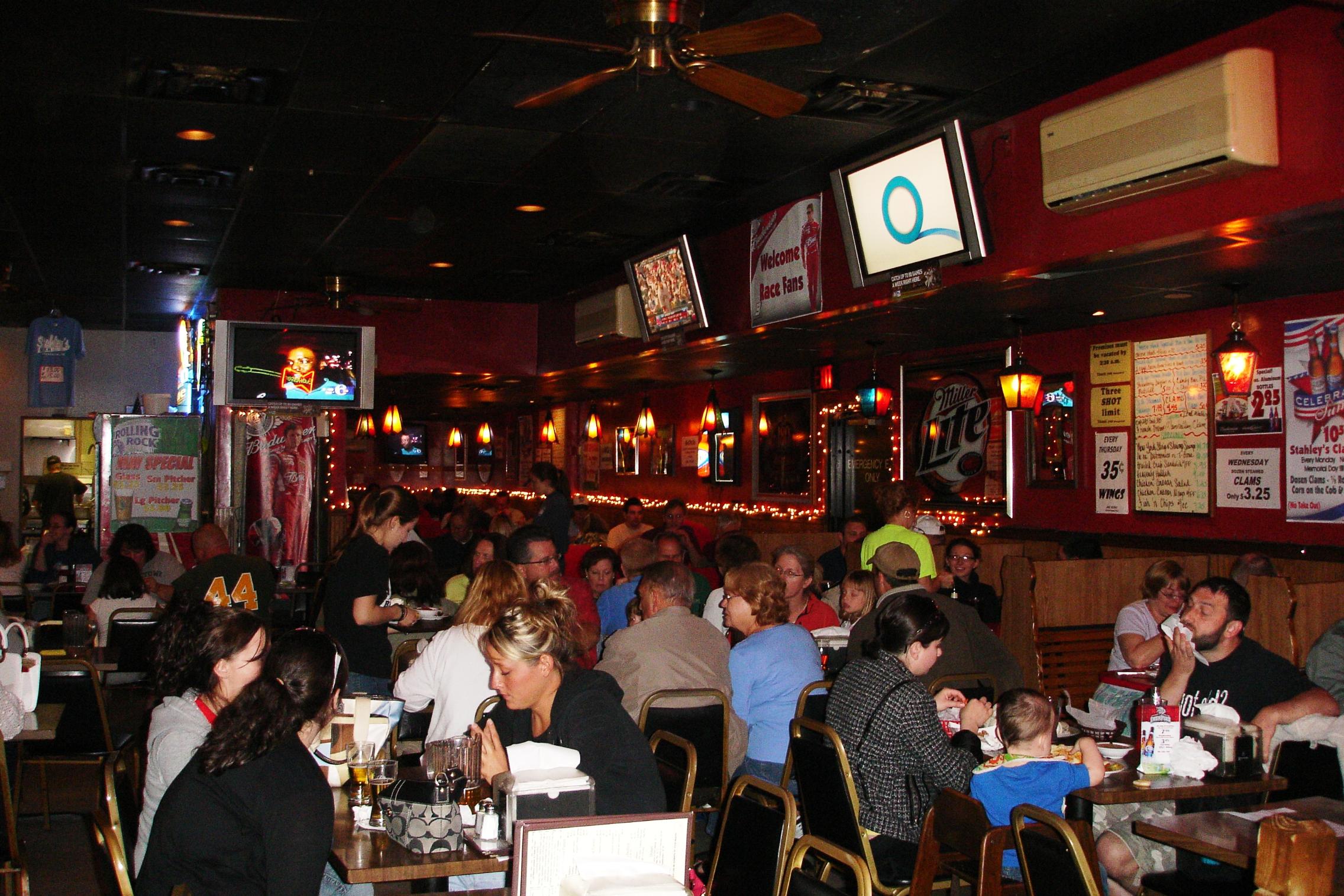 The Cellarette is a non-stop Eastside Allentown party.

The food is good Pennsylvania bar eats; some of it is very good, in fact (but still just bar eats). Stahley’s cheesesteaks and steamed clams are local favorites. Those familiar with the Delaware Valley’s way with the cheesesteak need to be aware that in the Lehigh Valley it’s common to find red sauce and pickles on your steak. You can ask them to hold the sauce, of course, but you’re a LAF reader and you want to try things the local way, right? 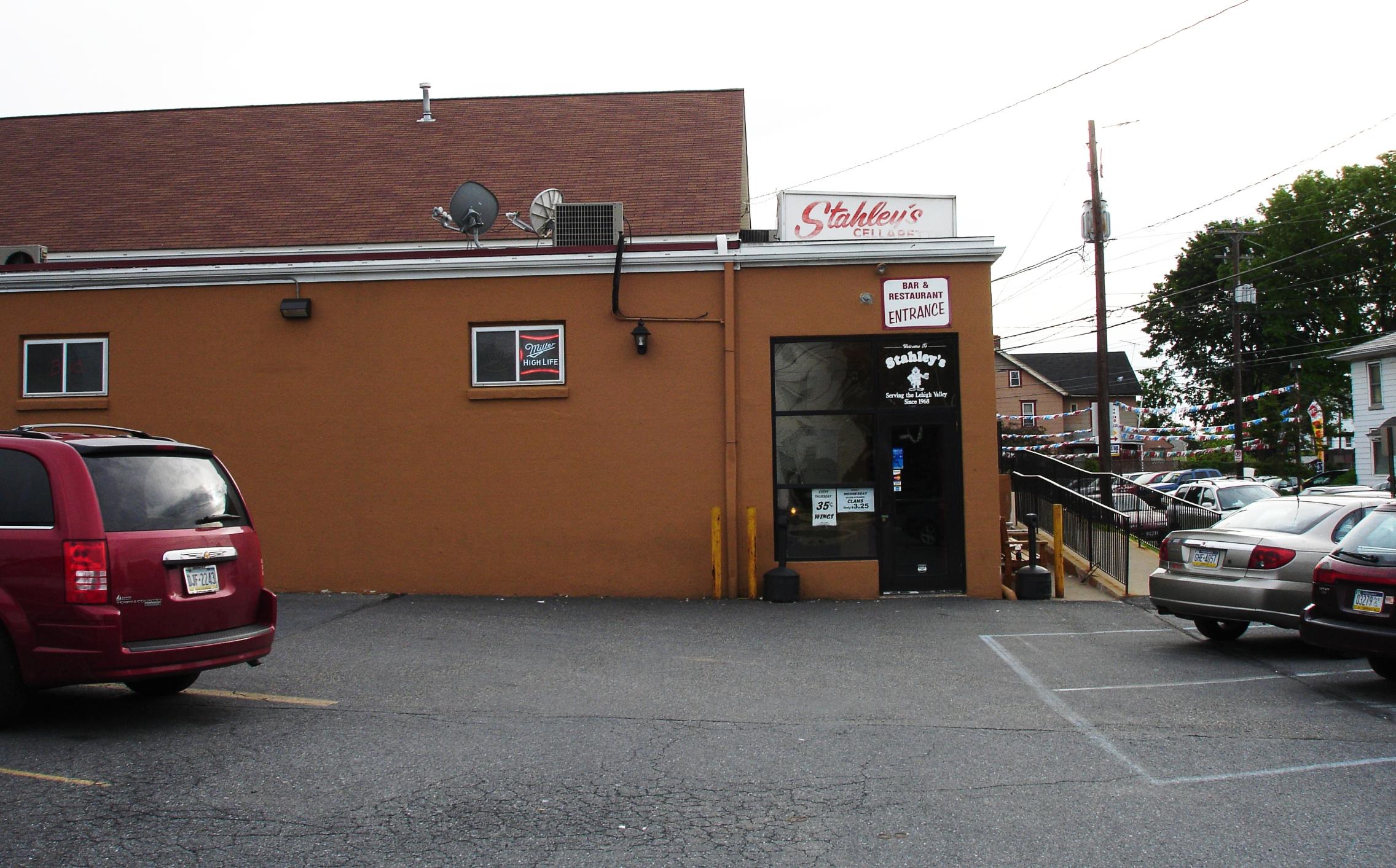 The only clue that this is anything more than a neighborhood dive bar is the packed parking lot.

There’s also a sandwich called Stahley’s Cellarette (same as the restaurant) and this one is prepared exactly like the cheesesteak but with grilled ham standing in for the beef. It’s just as good as it sounds! Fried bar snacks abound. You can get potato skins, French fries (with cheese, gravy, Old Bay, or chili toppings), fried broccoli and cheese bites, onion rings, mushrooms, cauliflower, potato pancakes, mozzarella, jalapeño poppers, chicken fingers, crab-stuffed mushrooms, wings… We especially enjoy the fried pierogi with well-cooked onions swimming in a lake of melted butter.

There are burgers and pizzas (including a “German” pizza topped with chip steak, onions, and hot peppers), nachos and homemade chili, sandwiches hot and cold, and full-bore platters of steak or pasta or seafood. Pitchers of beer are huge, and real bargains (they were recently running a $5 large pitcher of Rolling Rock special). Don’t look for microbrews here. The menu lists the locally made Patt’s draft birch beer, but they’ve changed over to the New Jersey-made Briar’s; this one is sweeter, the color of root beer, and while it’s very good it also tastes more familiar than the quirky Patt’s.

There are video games and a couple of pool tables, and live music most Saturdays. Most days there are also specials and, while regular prices are not high at Stahley’s, the specials are particular bargains (a dozen steamed clams currently go for $4.50 on Wednesdays, for example).

Pierogi and cheap beer and steamed clams at the Cellarette: as echt Allentown as you can get.