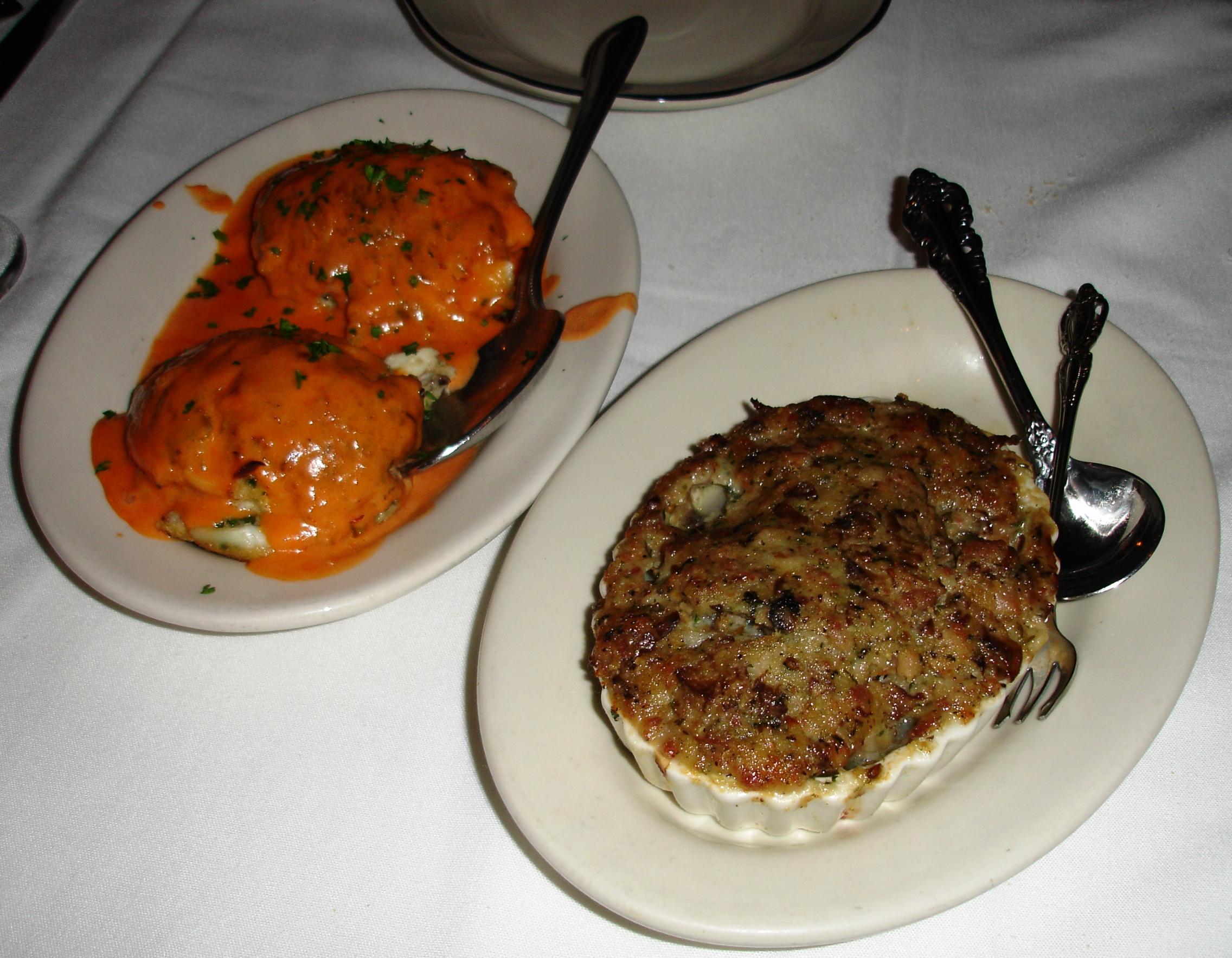 A pair of artichoke bottoms piled with fresh crabmeat, and a ramekin packed with local oysters and Italian sausage

Take Sal & Judy’s, for instance. Oysters and crab, and the locally favored finfish, play a big role on the menu, but in many ways the food and atmosphere are as much Italian as New Orleans. And this isn’t even New Orleans at that: the restaurant is almost an hour away, on the north side of the lake. 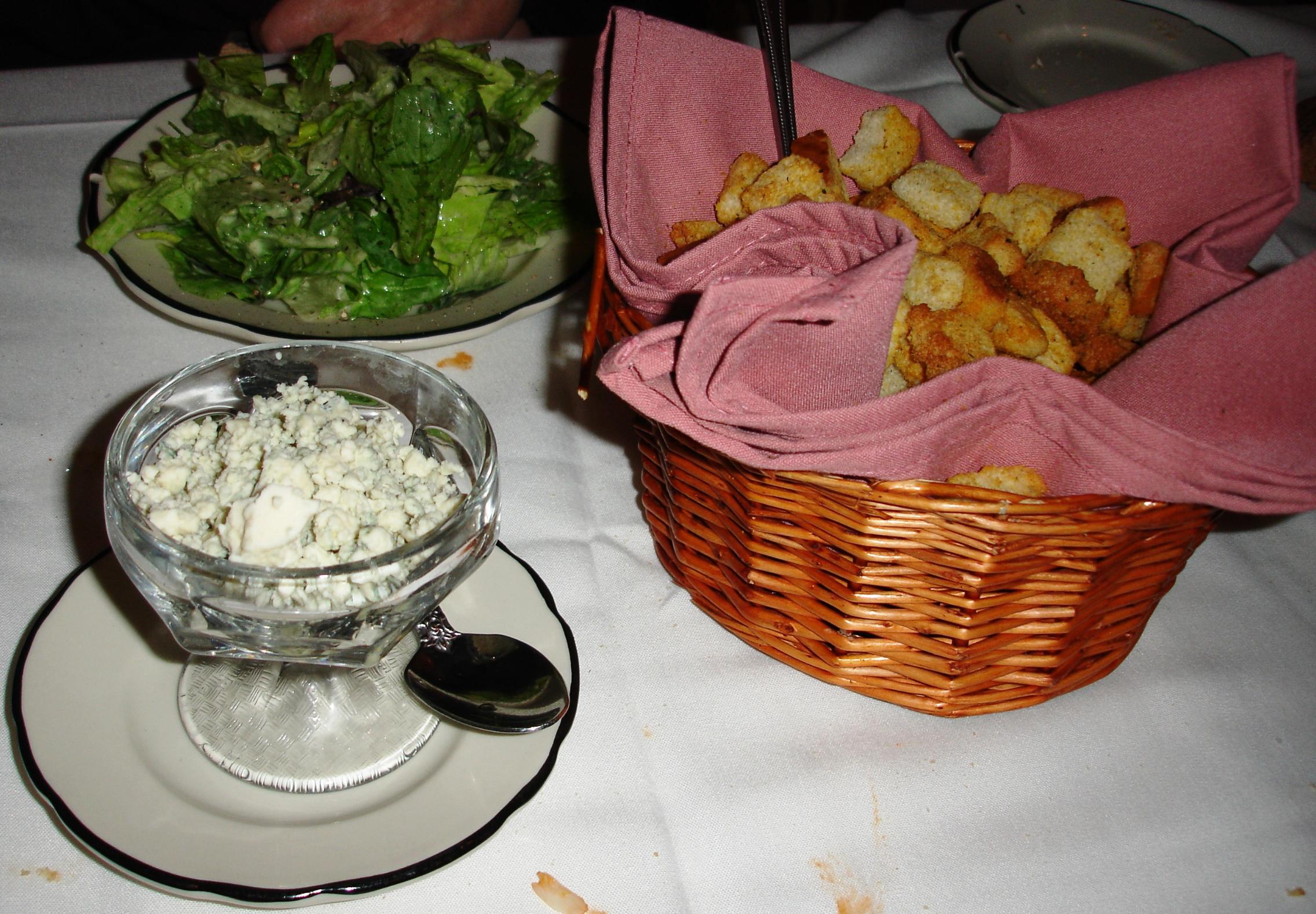 Salad is accompanied by a basket of house croutons and a dish of very creamy and mild blue cheese.

The place was once a dump, and there was once a Judy, but today Sal Impastato works a solo act in relatively modern digs. And yes, that is the same Impastato family that had owned the Napoleon House for ages — when Sal arrived in America in the 1960s he worked for his uncle there. His brother Joe also runs his own restaurant in Metairie. 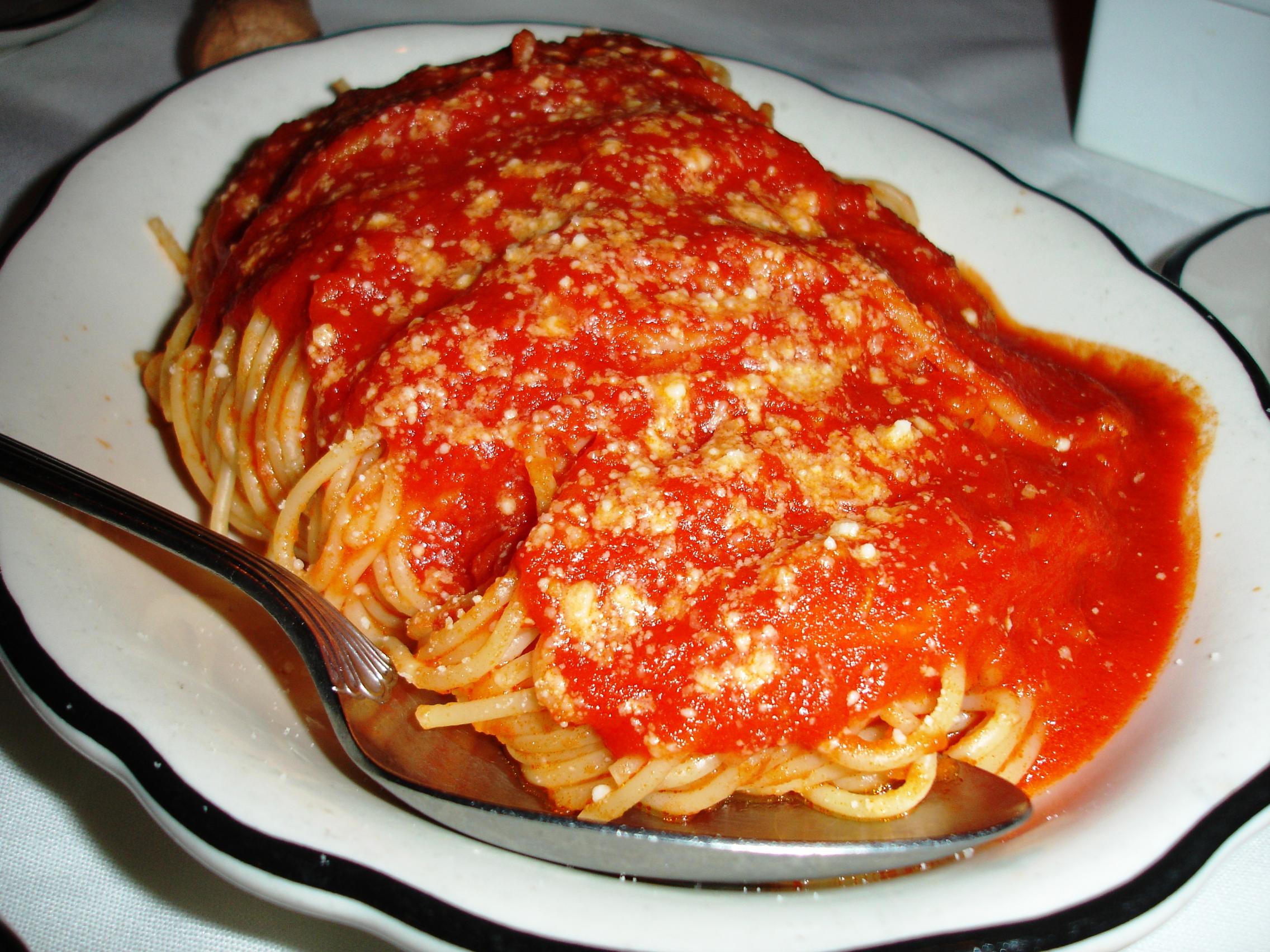 Non-pasta entrees come with a huge side of pasta.

Be sure to listen for the specials before making your selections, but you cannot go wrong with crab and oyster starters. The baked oysters may look something like Oysters Mosca, but the flavor is an ocean apart. These plump and very tender oysters include sausage and onions and cheese in the mix, and the flavor of the sausage, not garlic, predominates. Oysters and sausage? Yes, it works. 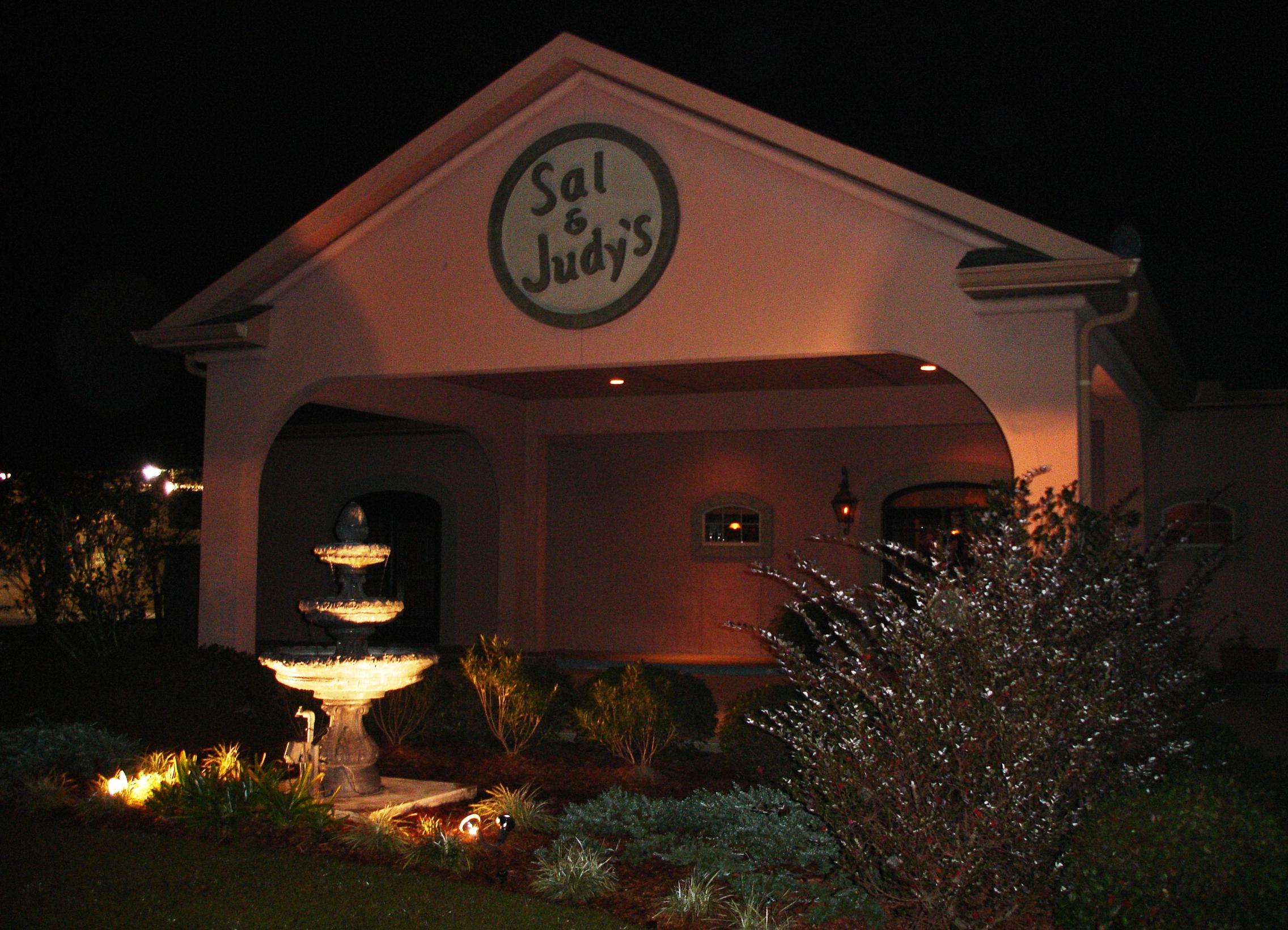 Sal & Judy’s is located on the north shore of Lake Pontchartrain. I-10 is probably quicker than the causeway.

Also very popular are crab claws and the stuffed artichoke. We sampled a special of crabmeat on artichoke bottoms, topped with a creamy red sauce — yes, a little like Galatoire’s crab Sardou, but again, Sal makes this hot appetizer his own, and distinctly Italian.

Main courses are legendarily huge, especially if you order pasta, which many regulars do: things like meatballs or Italian sausage and spaghetti, or Aglio Olio (olive oil and garlic), which can include sausage. Or go for another crowd favorite, Spaghetti and Oysters, an oyster and green onion-gilded aglio olio.

Trout and soft-shell crab (when in season) are always good choices at Sal & Joe’s, offered in any number of preparations (especially good with crabmeat), and sure to include boatloads of butter (Sal loves butter). Chicken Cacciatoré? This must be some sort of inside joke, because it’s always on the menu, and it’s never available.

Sal & Joe’s is a brightly lit restaurant, more suited to festive eating than romance. While it’s by no means fancy, few customers arrive in jeans. Just about all of them will have made their reservations a week or two in advance, especially for Friday and Saturday night. It can be a tough ticket.

Prices are astonishingly low. The packed restaurant is one of the most joyous sounding places to eat in existence, though it’s certainly not rowdy. This is simply the sound of people doing what the local population does best: enjoying life.