One of the problems we have with fast-food chains is how the food’s had all traces of regionality wrung out of it. To a large extent, the success of national or global fast-food chains depends on their ability to serve the same burger and fries in Maine that’s served in New Mexico. So we think it’s interesting when we encounter a local fast-food chain serving something unique to its region, like Runza does in Nebraska. 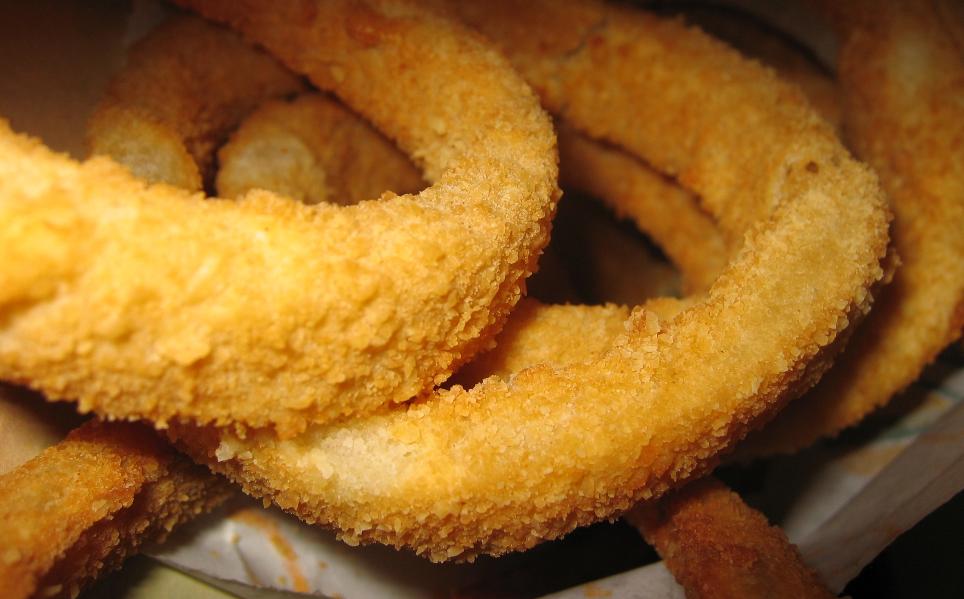 The onion rings are housemade and greaseless (perhaps too grease-free for us).

The first Runza opened in Lincoln in 1949, but it was another 30 years before they began franchising. Today, Runza is a chain of 80+ restaurants in Nebraska and the surrounding states, and also the trademarked name for the unique food they serve. 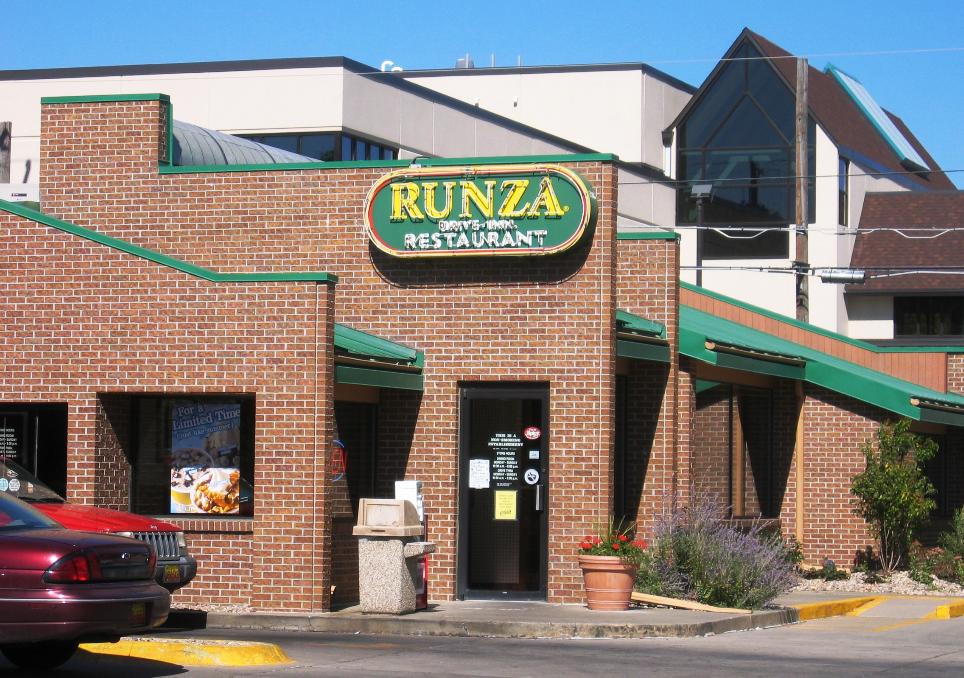 Runza restaurants are very similar to other fast-food chains, with the exception that they also serve the Runza.

A Runza is a hot bread pocket filled with ground meat and cabbage and onions, a trademarked version of the local bierocks, which came to the region from Eastern Europe or Russia. The bread is soft, freshly-baked white bread, and the filling is mildly spiced beef; the cabbage stays well in the background. They make a warming, filling bread-and-meat lunch, similar in spirit to pasties and loosemeats, two other Upper Midwest ground beef favorites. The concept has been expanded to include things like BBQ Bacon Runzas and BLT Runzas (untried and untempted).

Runza also seems to take some pride in their chili. We didn’t get to try any.

Runza restaurants have a full menu of typical burger-fries-chicken items, and in our experience, most people seem to order those things rather than the Runzas. The burgers and such do look good for chain food but, frankly, if we weren’t going to eat Runzas, we doubt we’d pay a visit.