We’ve been posting here at LeftAtTheFork.net lately about the disappearing kosher deli, but let us not forget that many of the same forces that are hitting old-fashioned Jewish cuisine hard — assimilation of the customer base, dying off of the generation that embraced these restaurants, modern health-consciousness, the younger generation’s rejection of the previous generation’s ways — are having a similar effect on the old-style African-American cuisine known as soul food. The situation isn’t as dire but, as the Chicago Sun-Times documented in a 2011 story, soul food restaurants have been closing rapidly in Chicago. 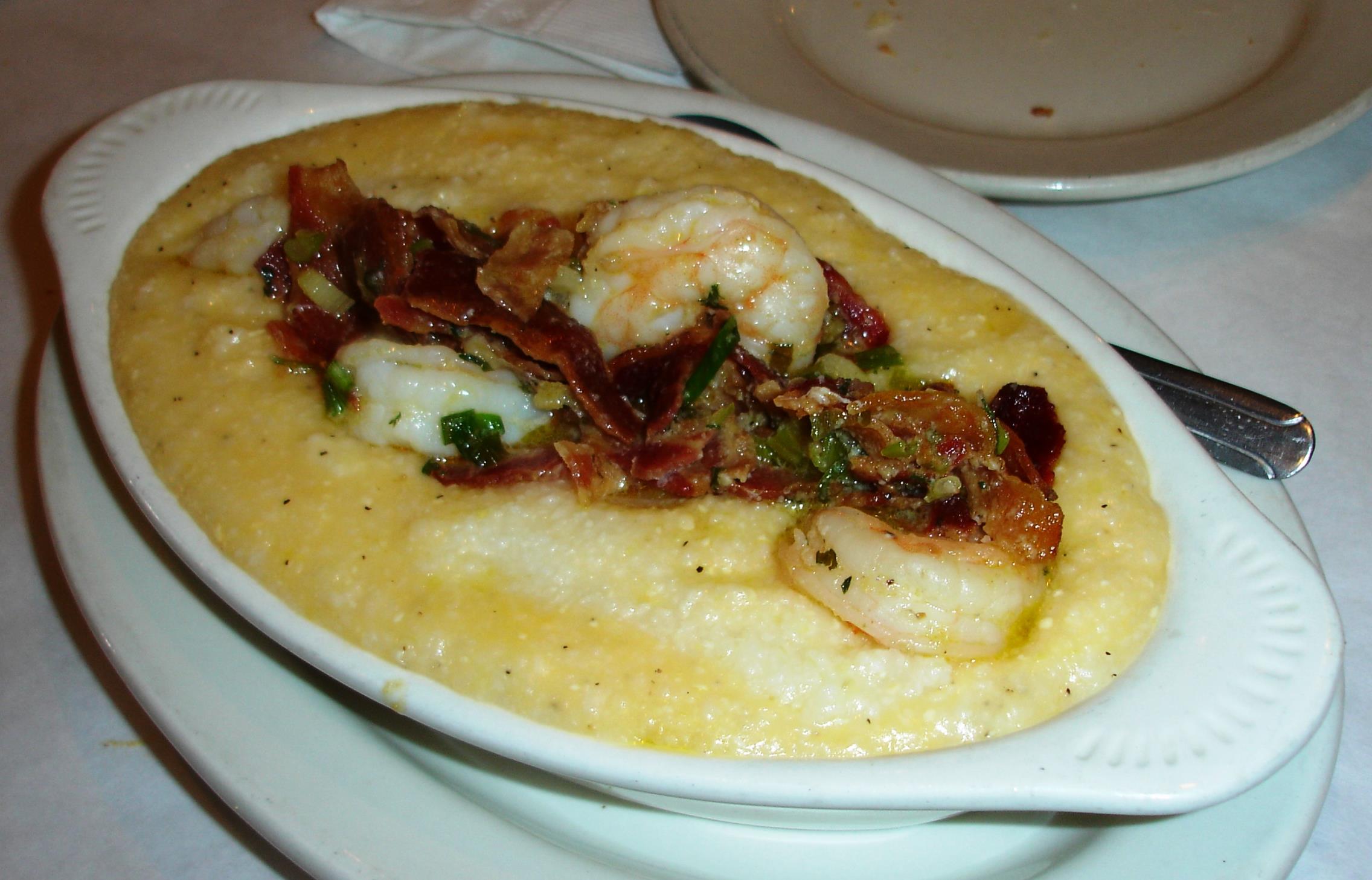 There’s so much overlap between soul food and Southern food that a Carolina Lowcountry dish like Shrimp and Cheesy Grits fits right in on Pearl’s menu.

Which is too bad for a number of reasons and, from our own perspective, not the least of them is the fact that soul food tastes so darn good. Take, for example, the biscuits at Pearl’s Place. These are some of the lightest, fluffiest, most delicate biscuits we’ve ever had, served hot from the oven, and are reason enough to pay Pearl’s a visit. 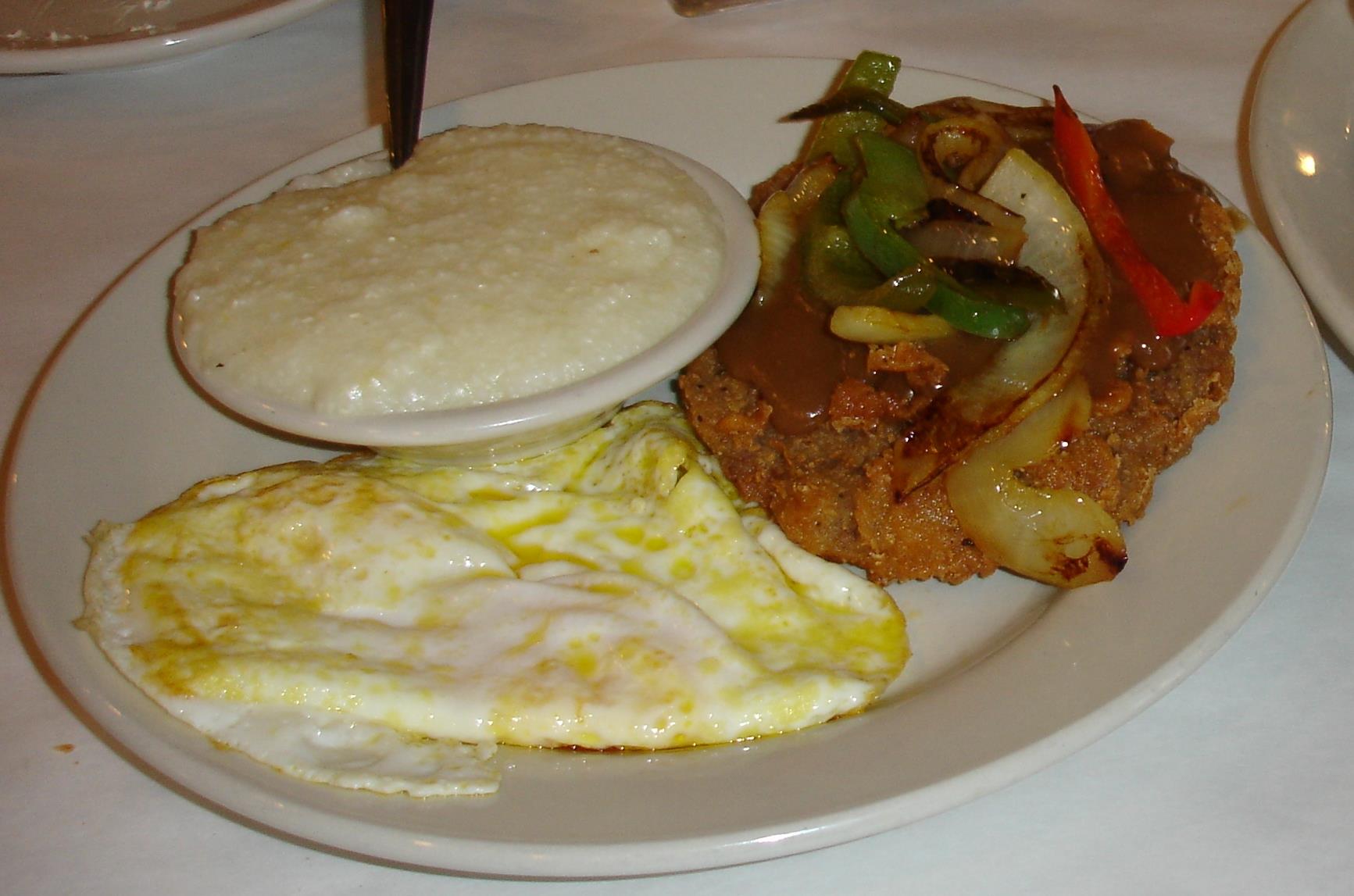 The eggs are fine but it’s the “egg breakfast additions” that really bring our taste buds to attention. There’s the usual bacon and sausage, but more interesting options include country-fried steak, catfish, salmon croquettes, and chicken wings. They also offer something called Parker House Spicy Sausage, which comes from a local sausage maker founded in 1919. The breakfast specials generally combine eggs AND pancakes AND grits AND some sort of meat. These may keep you sated until dinner or beyond. 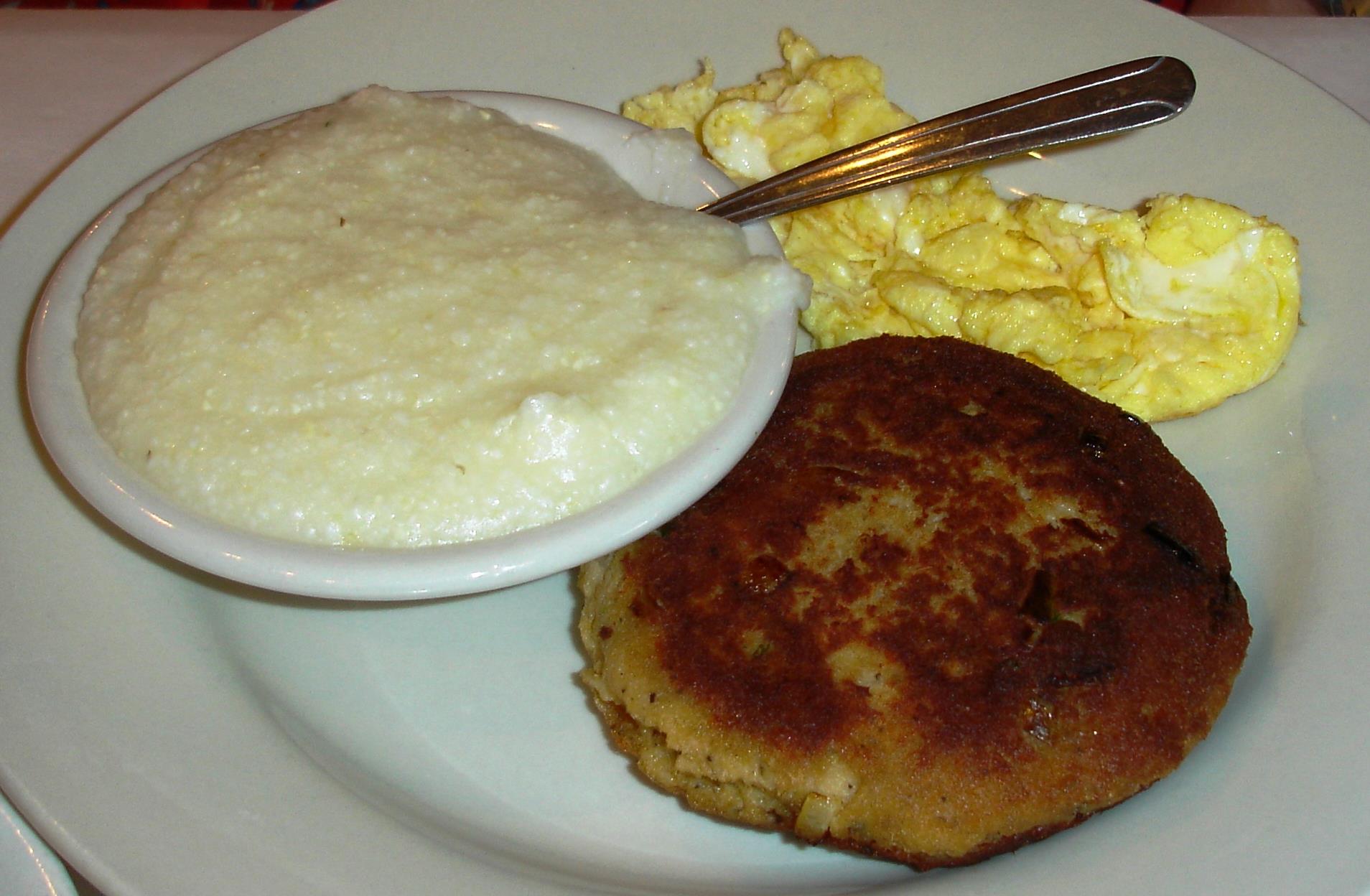 One egg, scrambled, grits, and a salmon croquette

Buffets are offered, which are very popular, but if you choose to go à la carte for lunch or dinner, which we’ve yet to try, you’ll find things like Mary’s Sea Food Gumbo, smothered short ribs, braised ox tails, neckbones, and some very highly regarded fried chicken. There’s a long roster of sides to select from, too. Peach cobbler is a favorite here for dessert. 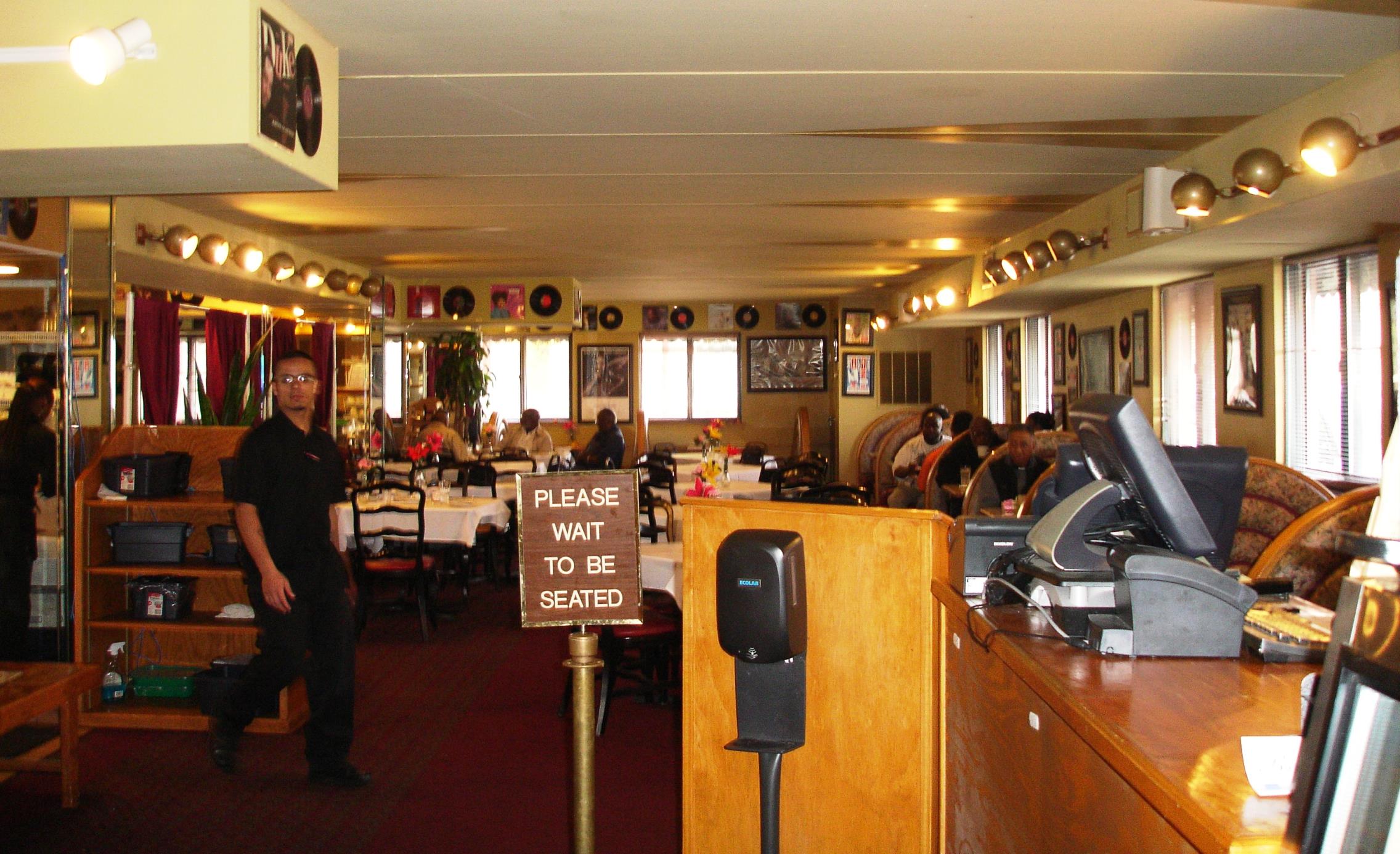 Jazz and soul classics from the ’60s, on vinyl, are stuck all over the walls at Pearl’s.

Music fans will enjoy inspecting the walls at Pearl’s, where you’ll find hundreds of vinyl recordings and album jackets from classic gospel, soul, and jazz artists from the 50s, 60s, and 70s. Everyone will enjoy the historic Bronzeville photos around the restaurant. Free parking is available in the lot of the adjacent motel.

Pearl’s Place is one of the dwindling number of soul food restaurants in The Windy City.