Minor league baseball stadiums, like NYSEG Stadium, home to the Binghamton Rumble Ponies, AA affiliate of the New York Mets, haven’t gone all-in on the current major league trend of offering local food specialties at their concession stands. For sure, at the big league level, it can sometimes seem as if the fans are more interested in the food than the ballgame. In the boonies, hot dogs and beer are still more the rule, but regional food or, at the very least, extreme food, is finding its way onto the menus more and more in places like Charleston and Louisville and Fort Myers. 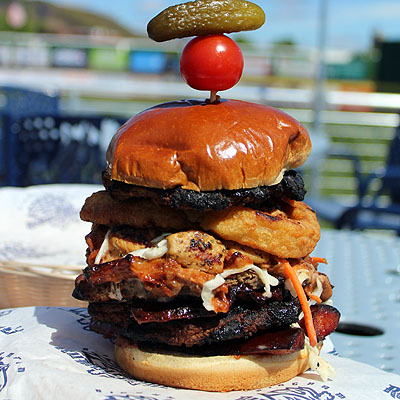 In the category of extreme food, the Belly Rumbler leads the way. We didn’t have the nerve to order one. Here’s how it’s made: baked bean bacon marmalade spread, Angus beef patties, kielbasa, sliced brisket, pulled pork, cole slaw, onion rings, and spiedies, all on one sandwich! Photo from Binghamton Rumble Ponies.

Here in Binghamton, spiedies are king. For the uninitiated, spiedies are a kind of shish kebab, a skewer of, these days, chicken or pork chunks that have received a days-long soak in something similar to bottled Italian dressing, cooked over coals until crusty without, juicy within. There are no vegetables, no sauces, and the meat is eaten on bread or a roll. Beer is the ideal accompaniment. 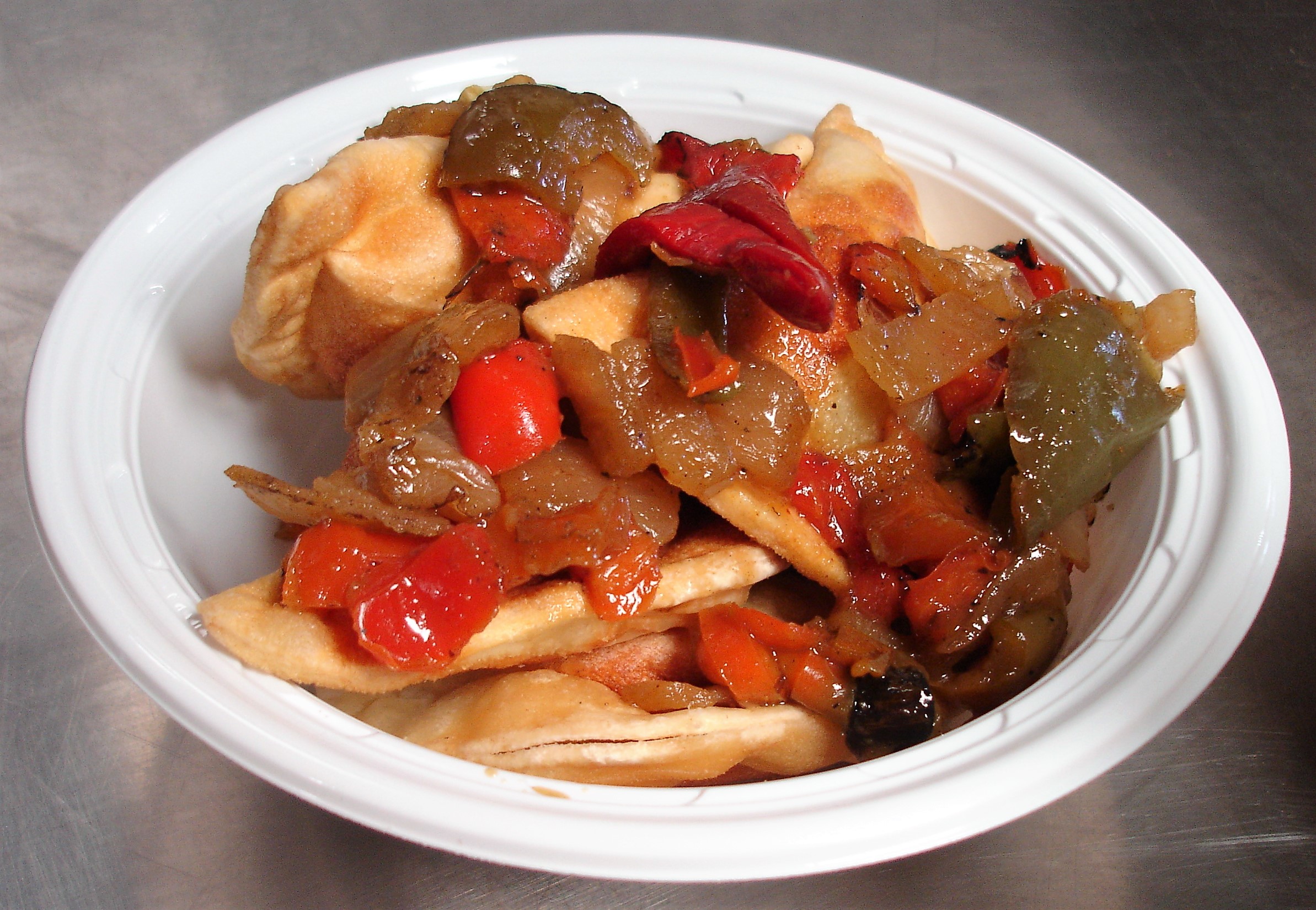 One of the leading spiedie players in the Southern Tier is Lupo’s, and you’ll find their spiedies in the barbecue pit down the right field line. They serve chicken spiedies only (we prefer pork) but these are well-marinated and have that distinct garlic and vinegar tang. The generous serving  comes on an overly bready roll, but you can peel off bread wads to eat the meat chunk by chunk, discarding the leftover bread. A real taste of Binghamton! 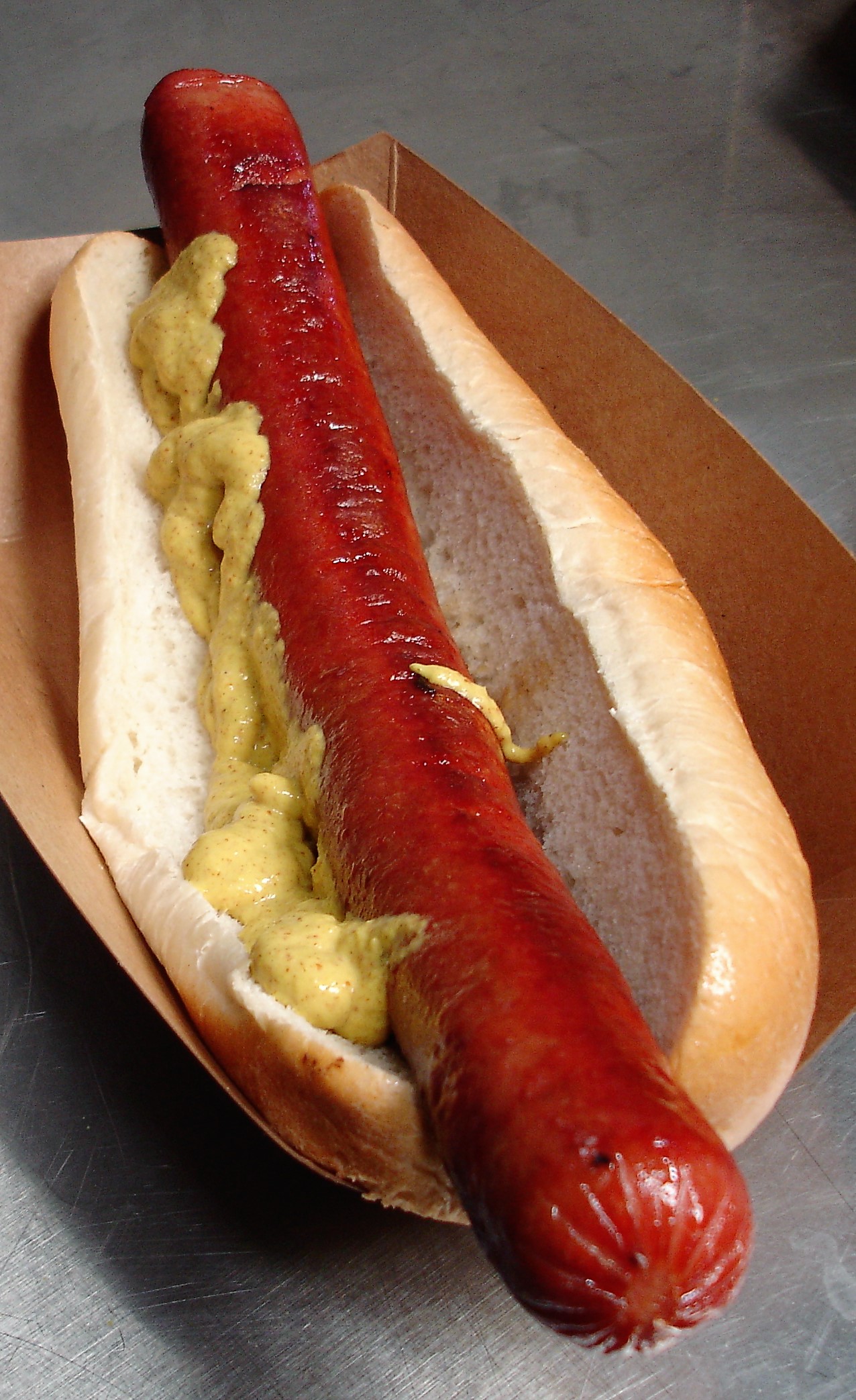 The reasonably priced jumbo dog is about four dogs worth of tube steak. And they have brown mustard!

Spiedies are really the only regional food you’ll find at NYSEG Stadium, although, as at many minor league stadiums nowadays, there are good local beers to enjoy and, unlike most stadiums, there’s a stand offering local wine from Bully Hill, based in the nearby Finger Lakes. The stadium menu stands out for one more reason, though: most food items are very reasonably priced, especially for a sporting event. Eating here will not break the bank. 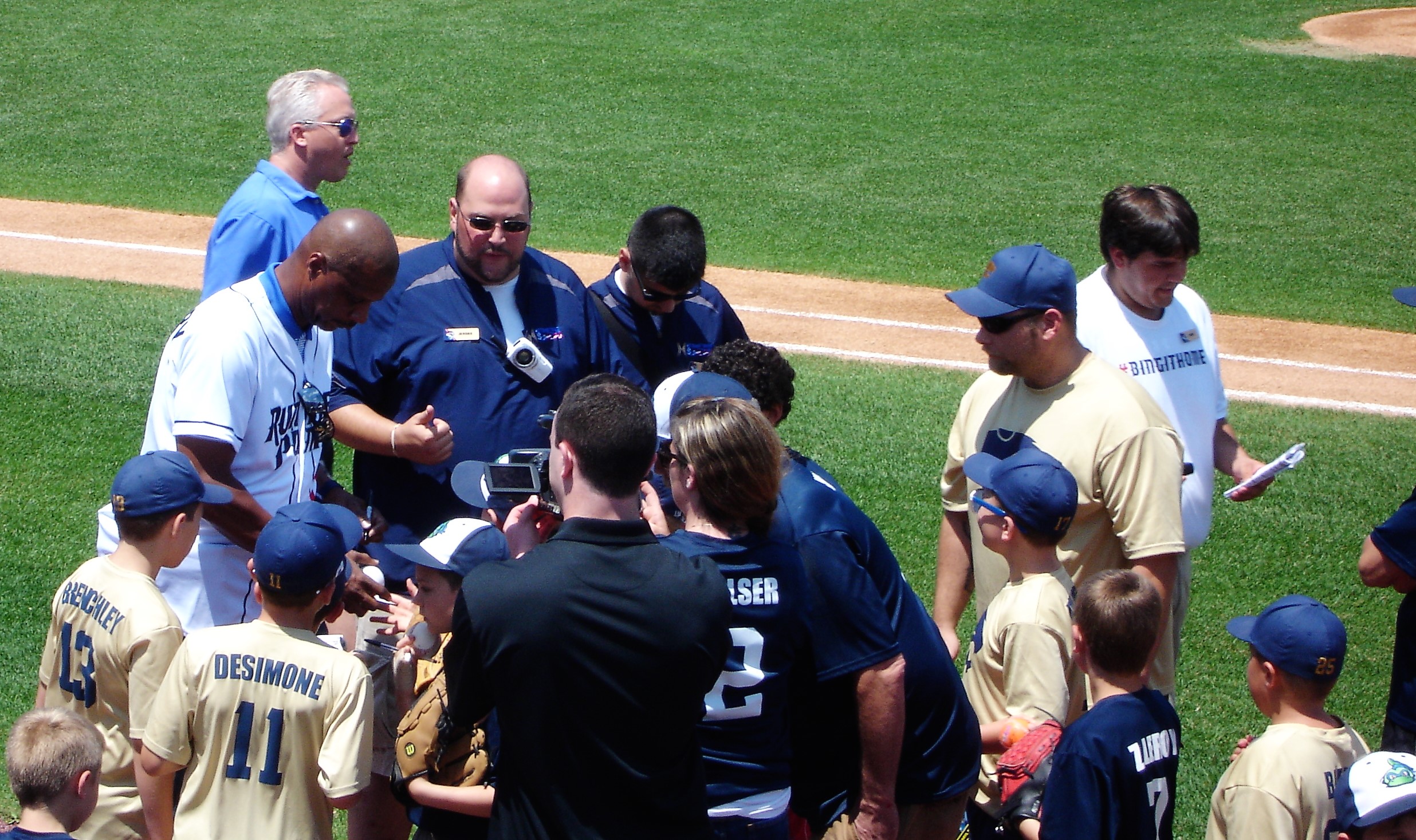 Darryl Strawberry was in town today to sign some autographs.