Holyoke has a larger percentage of residents of Puerto Rican descent than any other city outside of Puerto Rico, but this city, once known as Ireland Parish, also has a distinctly Irish character. Their annual St. Patrick’s Day parade is said to be second in size only to the one held in The Big Apple. Is there food from the Emerald Isle to be found here? Sure enough, thanks to Mrs. Mitchell and her kitchen. 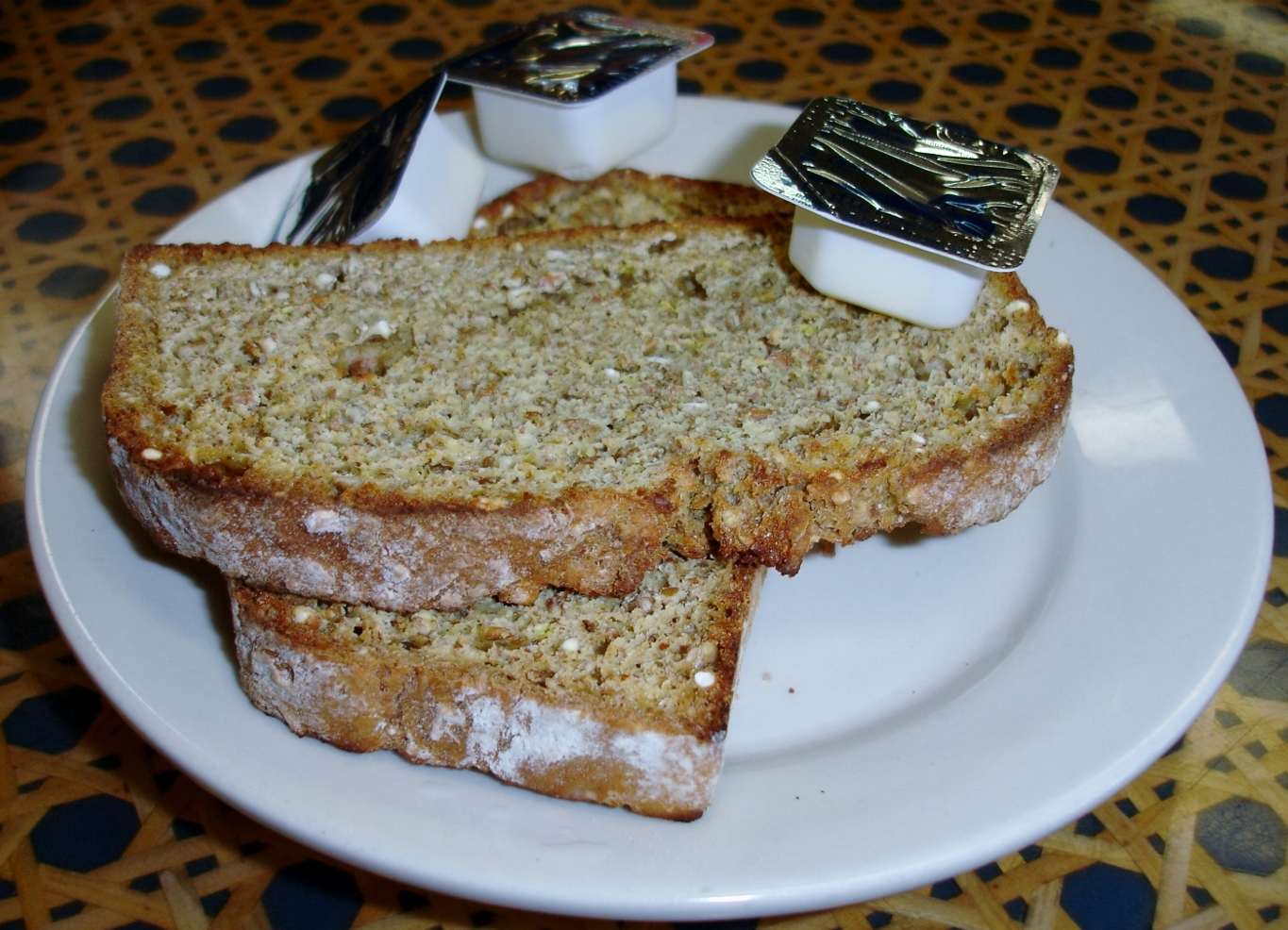 The Irish brown bread, shipped in from Ireland, is spectacular.

If you want to go down-the-middle Irish for breakfast, get the Irish fry-up of eggs, rashers, black pudding, white pudding, sausages, broiled tomatoes or Heinz beans, and toast (get the Irish brown bread!) This will keep you well-sated until dinner. About those puddings: the black pudding is made with pork blood, the white pudding with pork and pork fat, and both are mixed with a starchy base, usually oats or barley. Rashers are what Americans might be familiar with as Canadian bacon. This is a delightfully old-fashioned taste of a time when four different meats on your breakfast plate, sided by eggs, did not raise an eyebrow. 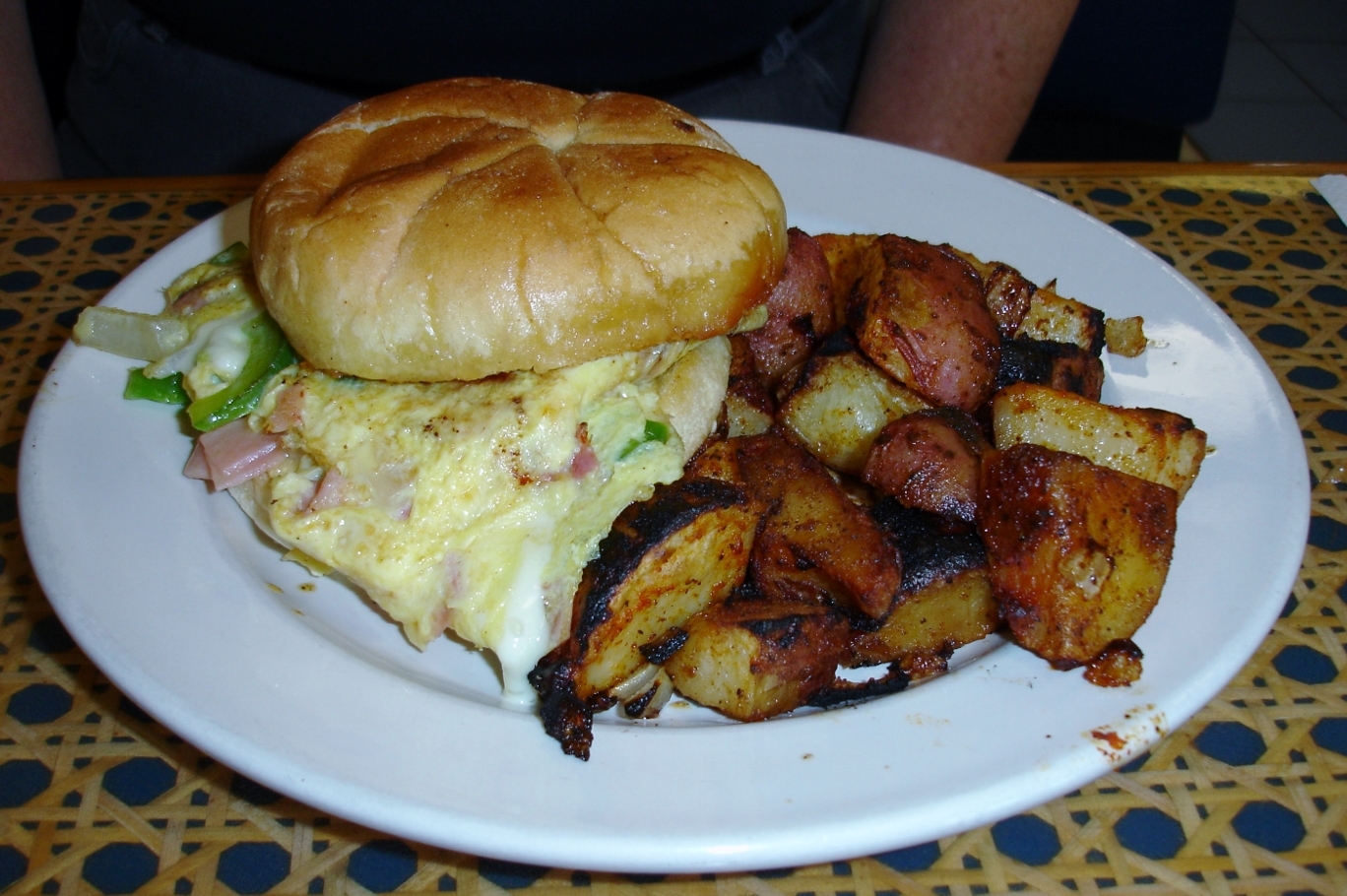 The home fries are particularly good.

Regular egg and pancake breakfasts are also available, along with an impressive roster of homemade muffins and biscuits and raisin scones. At lunchtime you might find, depending on the whims of Mrs. Mitchell, Irish beef stew, mutton pie, corned beef and cabbage, or shepherd’s pie. Soups are homemade. It’s not all Irish, of course. There are tuna melts and wraps and grilled chicken and pesto sandwiches to your heart’s content, as well. 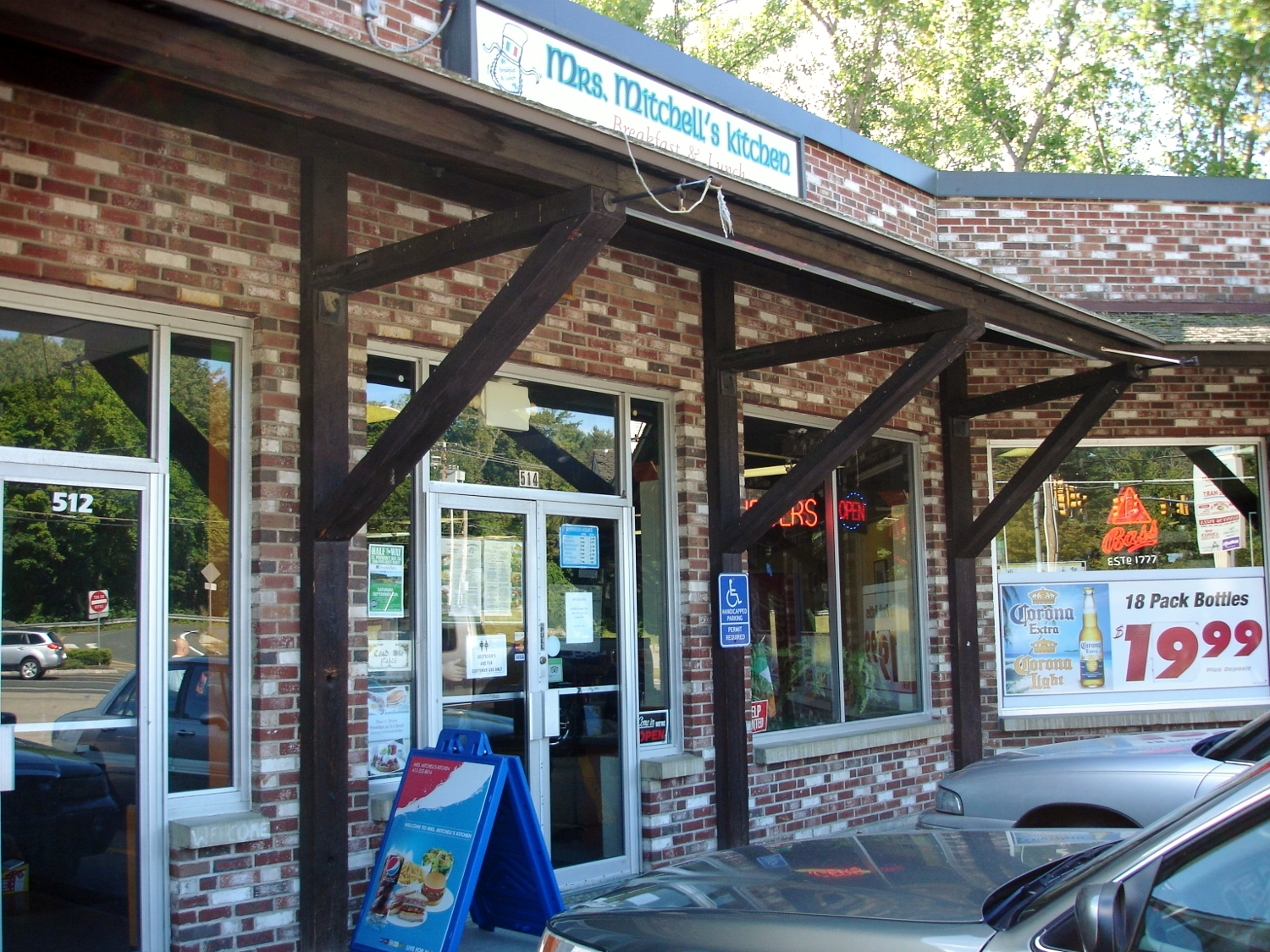 The Kitchen, located in a Holyoke strip mall, is a snapshot of local town life.

On our way out we chatted with a pretty young Irish woman with just a hint of an accent, a gentle manner and, as she herself said, the map of Ireland on her face. This was Mrs. Mitchell! Somehow we assumed that Mrs. Mitchell was a little gray-haired old lady.