If the Carnegie Deli is gone forever, they have nobody to blame but themselves. Between paying out over two million dollars last year in a back wages settlement to employees, and the divorce battle between the owner and her philandering general manager/husband, and the closing of the deli in April when illegal gas hookups designed to cheat the utility were discovered, the collapse of this institution seems inevitable. The owner from time to time announces the impending reopening of the Carnegie but it never comes to pass, and the talk is getting louder that the Carnegie may be closed permanently. 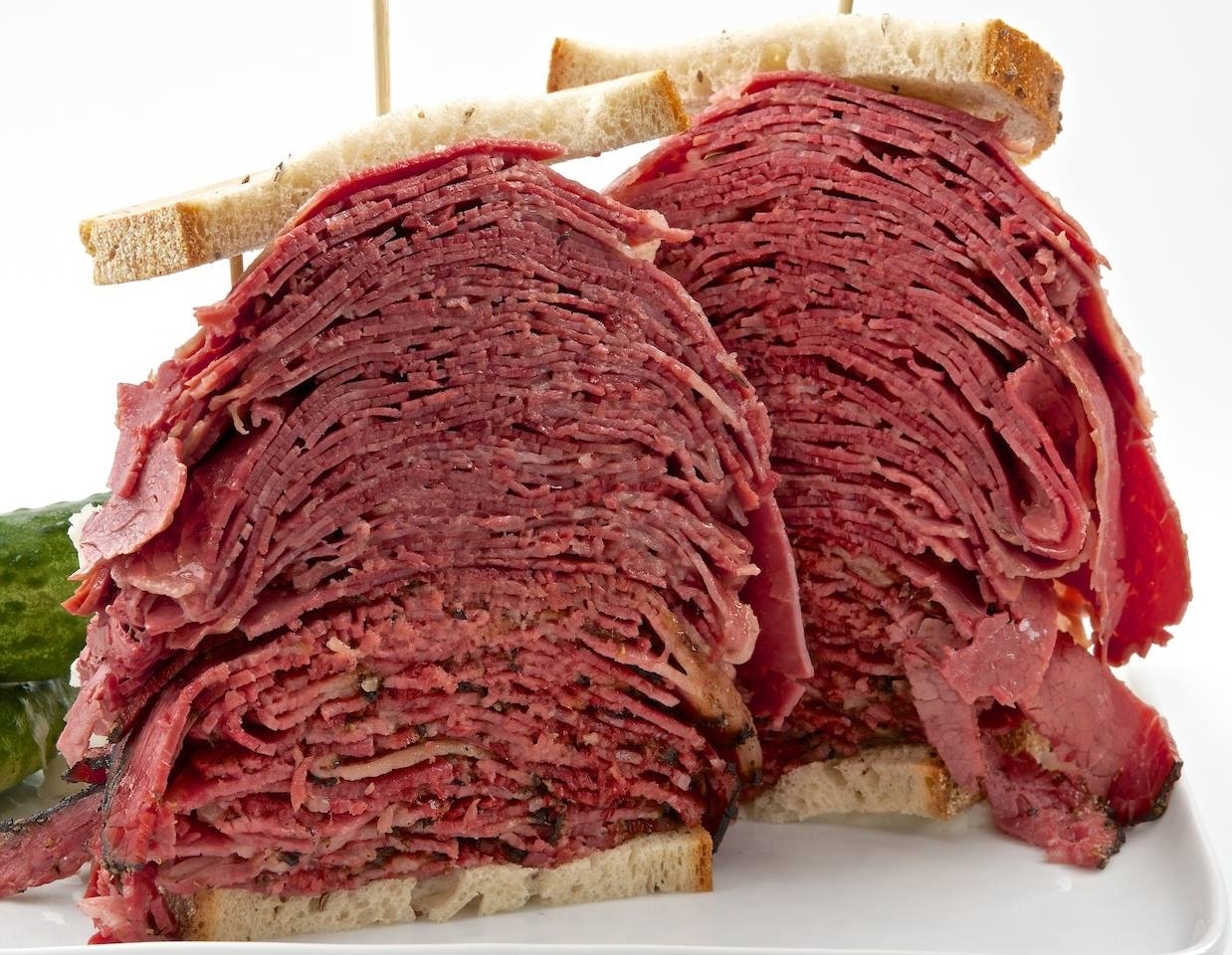 Carnegie’s signature Woody Allen: a corned beef/pastrami combo. Has anyone ever finished one?

Ted Merwin, writing for The New York Post, discusses the Carnegie’s impact on the city and what the loss of the Carnegie would mean to New York. He notes how strangers are seated together at big tables, no matter how famous, or not, they are. We well remember one of our first visits to the Carnegie, decades ago, in the Leo Steiner era, when we were seated at the only two empty spots at a table hosting Henny Youngman and his entourage. The whole bunch of them were cutting up – and Henny himself got a big laugh when he spread out his napkin on his lap and made it rise without touching it with his hands, if you know what we’re saying. Yes, the Carnegie was one-of-a-kind, and if it’s never coming back, it’ll be a shame.