Morgan’s Country Kitchen has been a hearty-eats oasis on the Oregon coast for decades. It has not changed a lot over the years – we recommend you arrive hungry. Our chicken fried steak platter was enormous. 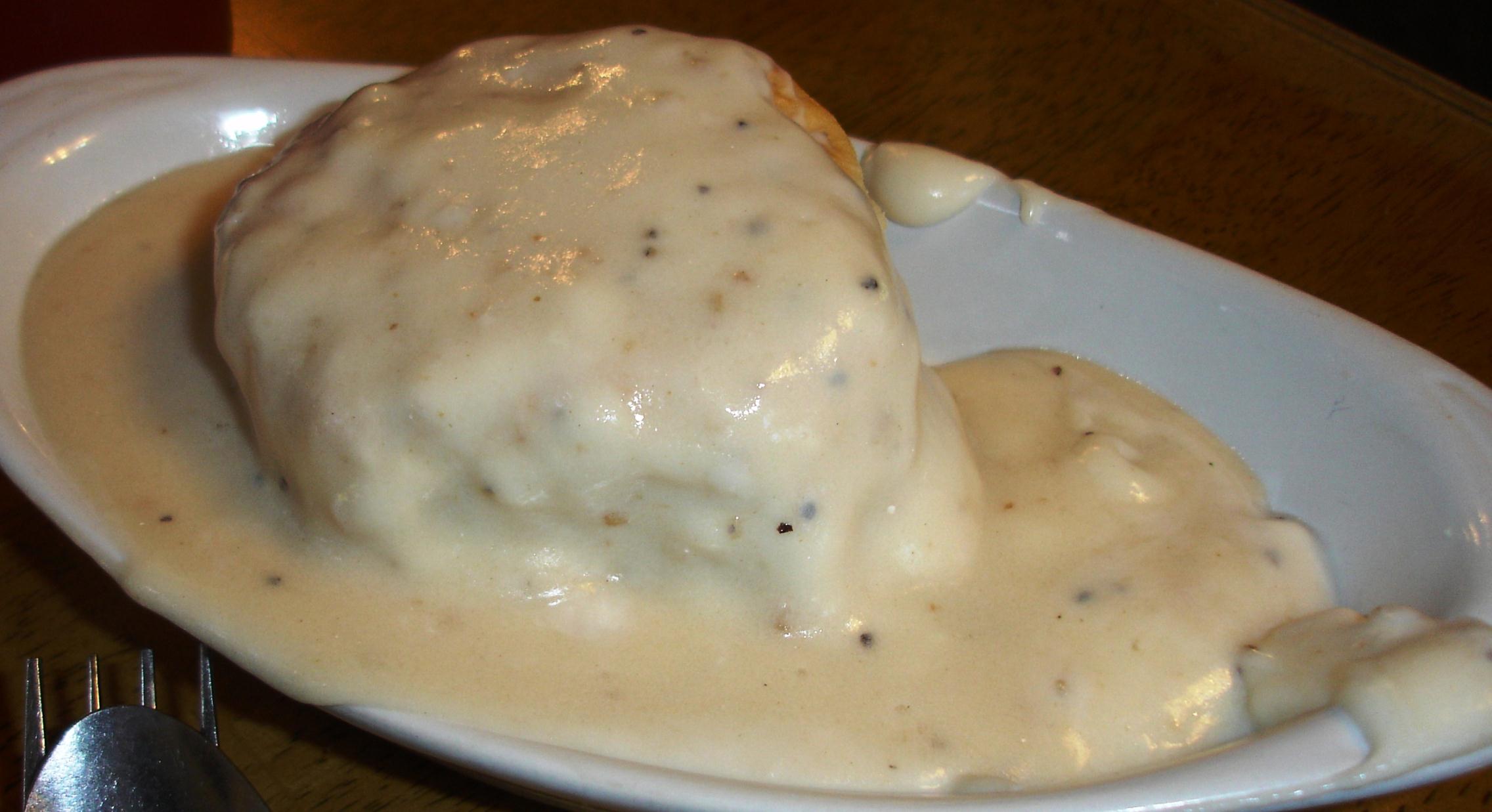 … a biscuit, also covered with gravy if you wish. A CFS breakfast is a lot of food.

We went with the breakfast version of CFS, although it was lunchtime; it’s the same steak, but with morning-style sides. Our 12-ounce breaded beef was resting on a crispy pallet of hash browns, covered with creamy gravy, and sided by two fried eggs. As if that wasn’t enough, along came a tall biscuit. Our waitress called to us, “Want gravy on that?” Absolutely! 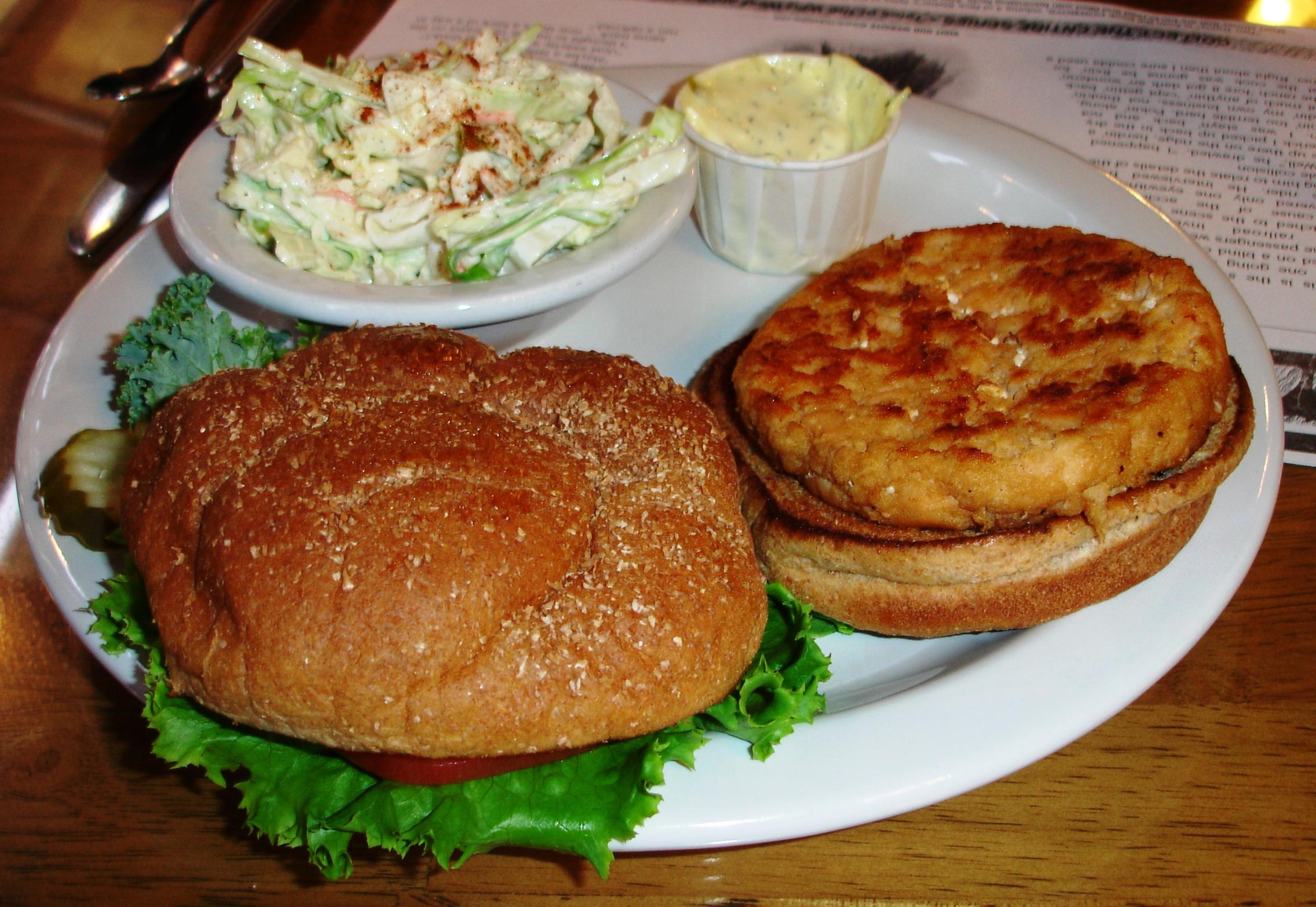 A grilled salmon burger arrives on a multi-grain bun with tartar sauce and, in this instance, coleslaw.

That good steak is unique in that it is not deep-fried. The cook came out after lunch to describe how he does the CFS, and while we couldn’t quite follow his multi-step process, we do remember it involves a final cooking on the flat top in butter-flavored oil. 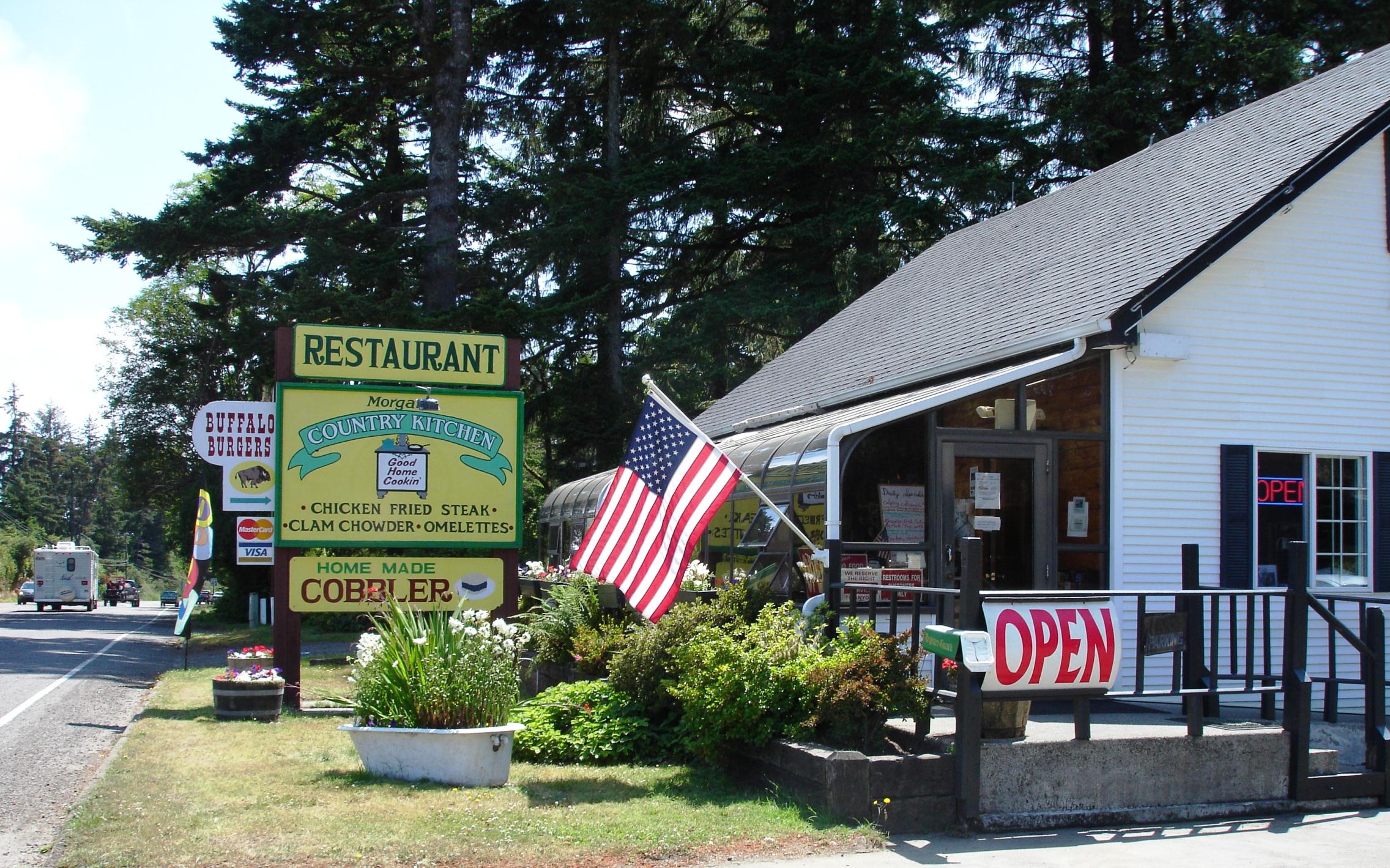 This 10,000 calorie breakfast/lunch is just the thing for those of you who will be heading up into the mountains to do some serious logging. For the rest of us who can’t begin to figure out where to burn all that fuel, it’s an enjoyable meat-and-potatoes interlude in a tour of coastal seafood and chowder.

Some other breakfasts that caught our eye: California Chili Browns, which tops hash browns with whole green chiles, melted cheese, salsa, and taco meat if you’d like. There’s also an omelet filled with locally smoked salmon. A lunchtime open-faced meatloaf sandwich with gravy sounds about right to us, too. As New Jersey natives we recognize a restaurant with the soul of a diner when we see one.

Berry pies and cobblers are big here. We observed one customer enter just before closing time to pick up a big pie order for a party later that day. Much as we love marionberry cobbler à la mode, after that CFS, dessert was out of the question.

All we had was the CFS platter and an OK-but-nothing-special salmon burger, true, so our experience is rather limited, but if we’re in the area again and need a stick-to-the-ribs recharge after a week of devouring recently deceased sea creatures, we’ll gladly return to Morgan’s.