Let’s set the scene: imagine it’s 1948, and you live on a farm where you raise chickens. Your mother-in-law will be here for dinner tonight, and she is fond of eating the chicken neck. So you go out to your coop and grab a fat bird, and when you swing your axe you’re sure to leave lots of neck for your mom. Off comes the head, followed by tonight’s dinner behaving as if nothing significant has just occurred. That’s what actually happened to the Olsen family of Fruita, Colorado. Lloyd Olsen was moved by the chicken’s determination, named him Mike, and continued to raise and feed him (he grew from 2 1/2 pounds to 8 pounds) for the next 18 months! 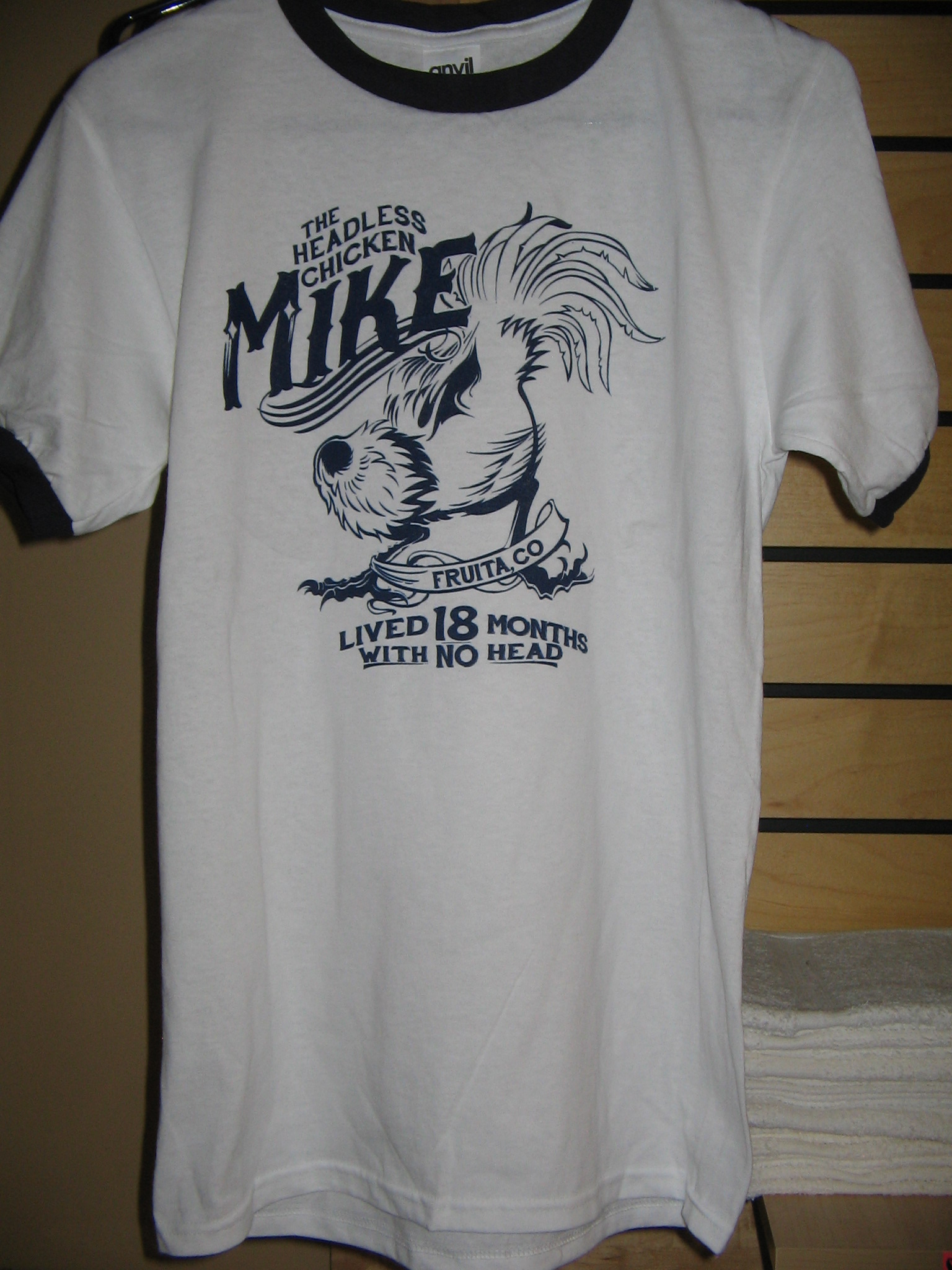 This weekend, that miracle chicken is celebrated at the 17th annual Mike the Headless Chicken Festival in Fruita. The fun begins this afternoon with live music, a poultry show, and food and craft vendors. Saturday morning kicks off with a pancake breakfast, to be followed by a car show, a 5K run, a disc golf tournament, and Mike’s Backyard Games (and chicken poop bingo!). There’ll be eating contests — marshmallow peeps and chicken wings — a rooster calling contest, and a chance to do the chicken dance! For more info (and photos of the real Mike), check the fest website.

Festivals and Fairs, Fruita, May