Many folks who grew up in New York, New Jersey, or Connecticut have fond memories of heading to the local Carvel stand for Brown Bonnets and Cherry Bonnets, Flying Saucers and twin peaks cones. Carvel is still around but most of the iconic stand-alone stores are not, at least not as Carvel stores. Pre-made ice cream cakes and supermarket novelties seem to be Carvel’s main focus today. 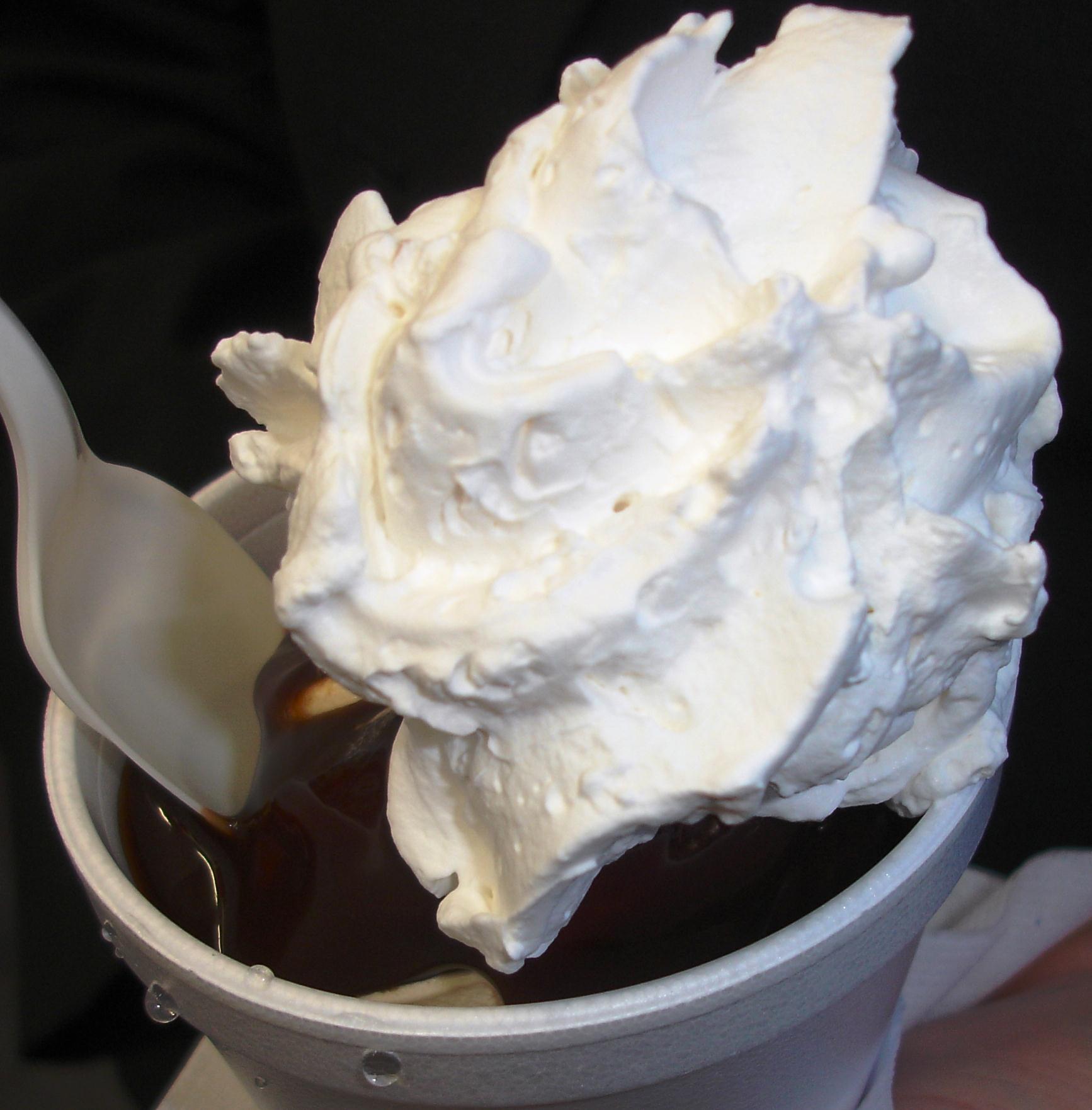 Our hot fudge sundae was made with coffee soft serve.

You can still enjoy the Carvel of old, however, at Gary Magnifico’s roadside ice cream stand, which is in a former Carvel. Gary earned his soft-serve stripes managing his parents’ Carvel stand in the 1970s. Truth to tell, we think Magnifico’s soft-serve is superior to the stuff the gravelly voiced Tom Carvel used to push on radio and TV (although it IS soft-serve; understand, this is not the super-premium soft stuff you get at Abbott’s or Kopp’s). 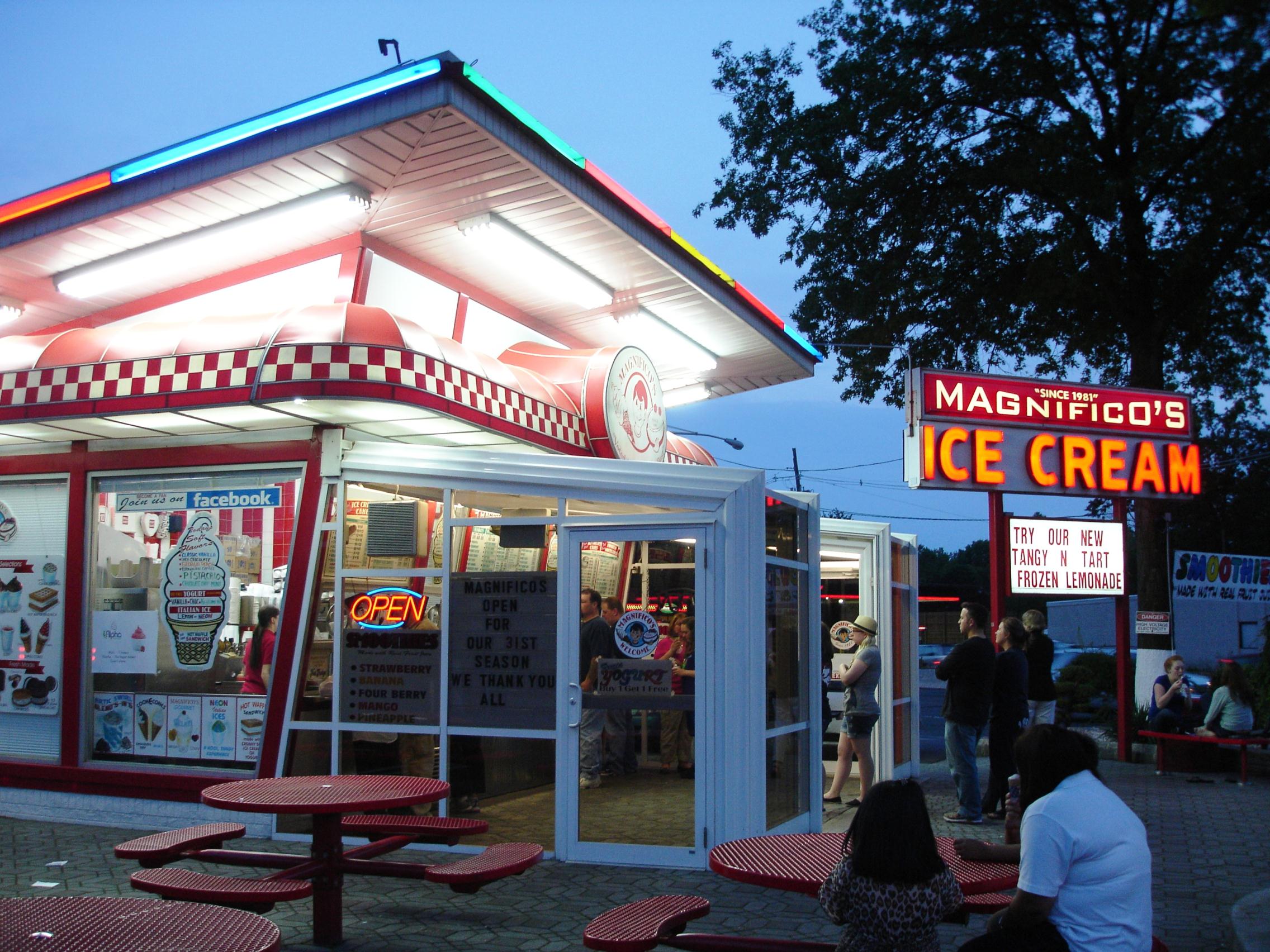 Look familiar? In a previous incarnation, Magnifico’s was a Carvel ice cream stand.

It comes in many flavors, some of which work better than others. We recommend sticking with pure vanilla, either plain in a cone or as the base of a sundae extravaganza featuring hot caramel or fudge, or an orchard’s variety of fruit toppings.

Many Magnifico fans particularly enjoy the cold and creamy ice cream sandwiched between two hot, freshly made waffles. All the de rigueur candy toppings are available, from Gummi Bears to cookie dough, the likes of which were never seen on ice cream 40 years ago, but you can also still get a dip in the waxy red or brown coating if you wish. It’s all soft-serve and soft Italian ices; there’s no hard ice cream, and no hot dogs, burgers, or fries to be found on the premises.

There’s plenty of attractive seating outside, right by busy NJ-18, and the crowds of people lined up to place their orders, or the lucky ones already spooning and licking and slurping, don’t seem to mind the traffic one bit.