In honor of National Pie Day, all 15 Grand Traverse Pie Co. shops are offering a free wedge of apple crumb or cherry crumb pie with any purchase. We’d be there if we could! 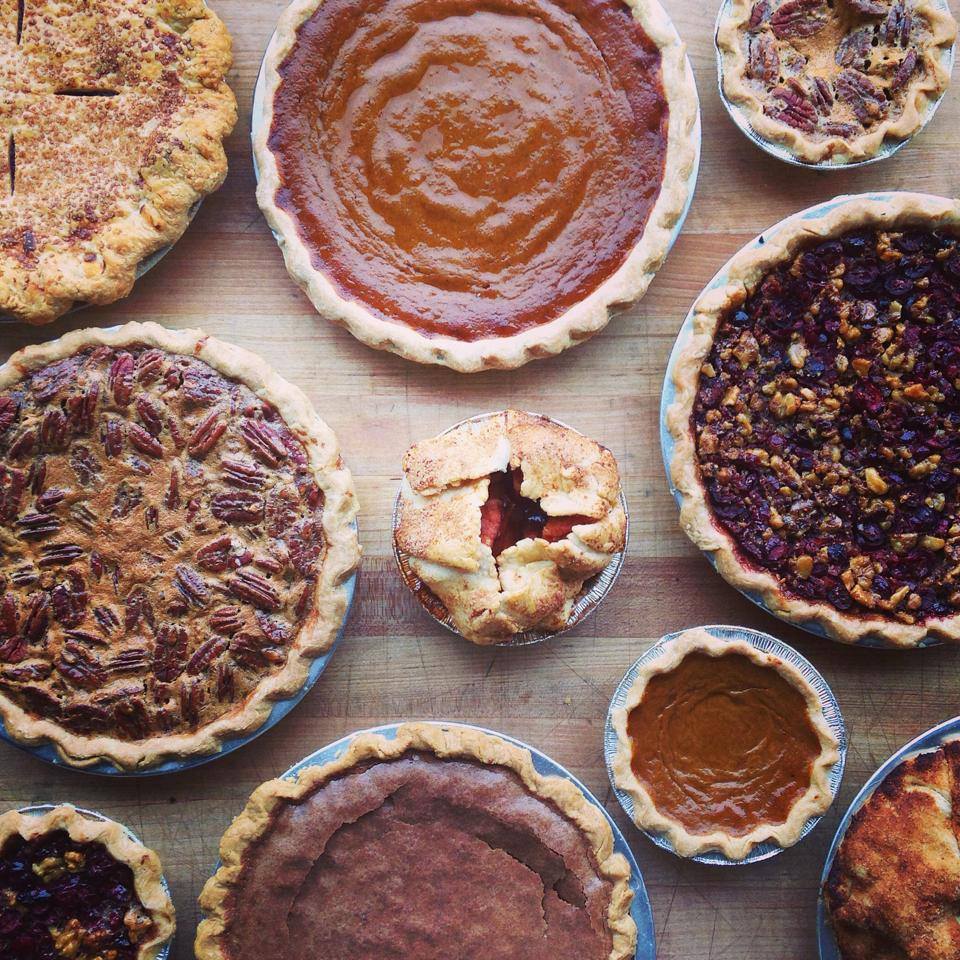 Last year mlive.com traveled all over Michigan searching for the state’s finest pies. The winner was Sweetie-licious Bakery Café in DeWitt. (See the presentation of their award below.) Sweetie-licious is offering free pie samples today for National Pie Day. Grand Traverse Pie Company finished fifth. Here’s the complete top ten list, along with an honorable mention. 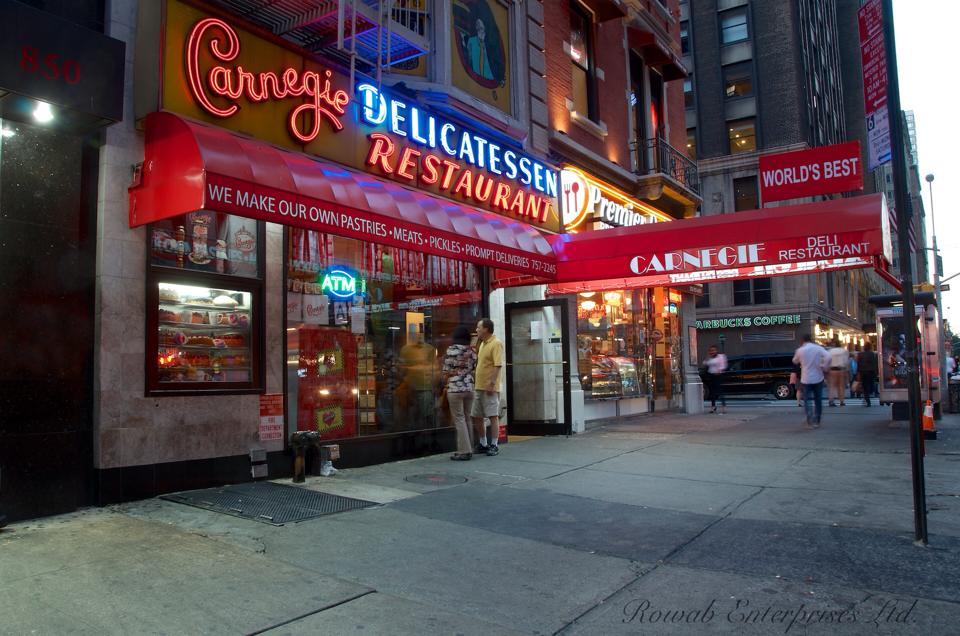 In a lawsuit that has gone on for almost a year, Marian Levine, the owner of New York’s legendary Carnegie Deli, is suing her husband Sanford Levine (the deli’s manager), and his girlfriend Penkae Siricharoen, a former hostess at the deli. She is charging that Mr. Levine, starting in 2000, stole millions of dollars from the business and her various personal accounts and hid the cash in safe deposit boxes, his accounts, and his girlfriend’s restaurants. In the latest development the judge refused to toss the case. 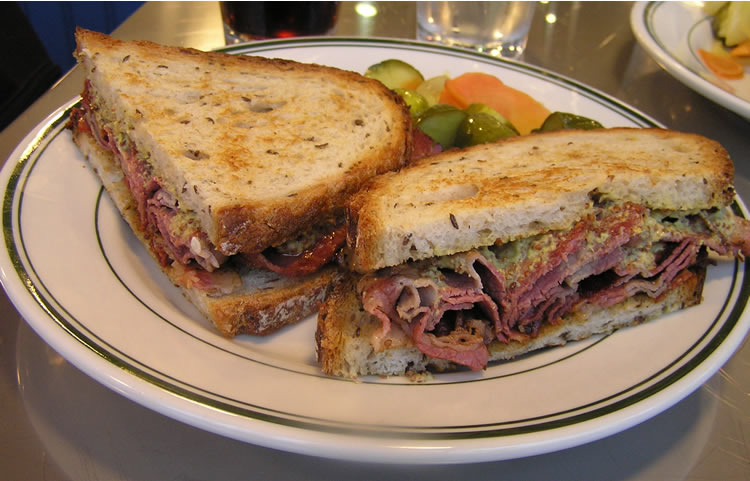 Out go the Texas Reuben, the muffuletta, and the Monte Cristo. In comes Mr. Miyagi, Tofused Banh Mi, and tomato soup/grilled cheese. Some of the classics — the Atomic Meatloaf Meltdown, beef on weck, The Gobbler — remain. After eight years, the All Star Sandwich Bar of Cambridge, MA unveiled their new menu yesterday. The new Mr. Miyagi is described as sweet chili ginger hoisin glazed pulled pork, Thai basil, cilantro, English cucumber, pickled daikon and carrot, a fried egg, and sesame Sriracha aioli on a grilled sesame brioche roll. Whew! The Tofused Banh Mi substitutes tofu for the pulled pork in Mr. Miyagi. Read an interview with the owners of All Star here.