Woodside Farm Creamery of Hockessin, DE makes some of the best ice cream we’ve ever tasted. Last year, they began raising chickens for the eggs, which they use in the ice cream made from milk from their cows! Well, the ice cream business is closed in winter, but the chickens don’t know and don’t care. That’s where you come in. The farm has begun selling those eggs at the farm, Wednesdays and Fridays, 3 p.m. until 6 p.m. Get ’em while you can. We assume once the ice cream business reopens, those eggs will be spoken for. 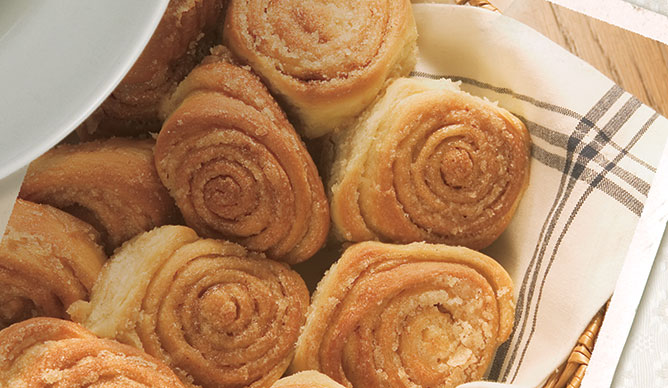 If the only good thing to eat at Mary Mac’s were the cinnamon rolls, we’d be happy. But there is so much more at this Southern dining icon!

Courtesy of the Atlanta Journal-Constitution comes this rundown of ten family-friendly restaurants in the A. They lead off with the first place we’d think of: Mary Mac’s Tea Room, which will thrill adults as well as kids. 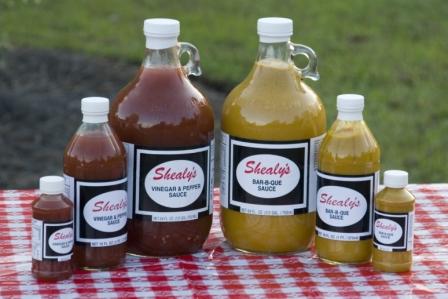 Shealy’s Bar-B-Que of Batesburg-Leesville, SC is known for both a mustard sauce and a vinegar/pepper sauce.

Vinegar and peppers, mustard-based, ketchup-based, vinegar and pepper with tomato sauce added – the Carolinas are known for a variety of barbecue sauces, but each region has its own particular sauce. Want to know what region goes with which sauce? Check out this map. As a bonus, you’ll also find a recipe with the ring of authenticity for a mustard-based barbecue sauce. 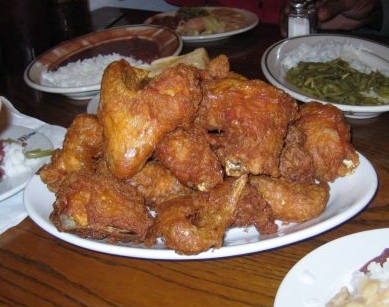 Like most folks, we’re always on the lookout for great fried chicken. The Daily Meal has written about five of them: Mrs. Wilkes in Savannah, Son of a Gun in L.A., Momofuku Noodle Bar in NYC, Willie Mae’s in The Big Easy, and Gus’s in Memphis.