We recall our college dining hall days in the ’70s in Upstate New York, when the French Dip sandwich showed up with depressing regularity. We knew nothing of its history. All we knew was the chewy, gristly beef on the dry roll with a side cup of what tasted like reconstituted Lipton onion soup mix was to be avoided at all costs. Little did we realize at the time that the sandwich invented in the early 20th century would experience a second flowering (of sorts) a hundred years later. 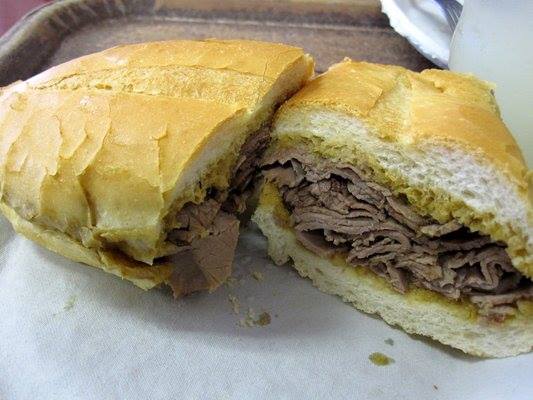 Who invented it? Why French? These are questions without definitive answers, although two restaurants in Los Angeles, both still in existence, stake claims to its creation: Cole’s and Philippe’s. Perhaps neither of them were responsible. Robert Sietsema, writing for New York Eater, takes a look at the sandwich, its history, and its current execution in New York City. Read his story here. 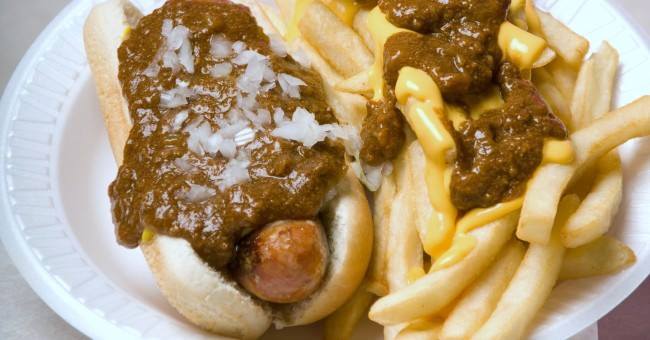 Through Monday at the Arlington, Virginia Ben’s Chili Bowl, say “MLK” at the register for 10% off your order! 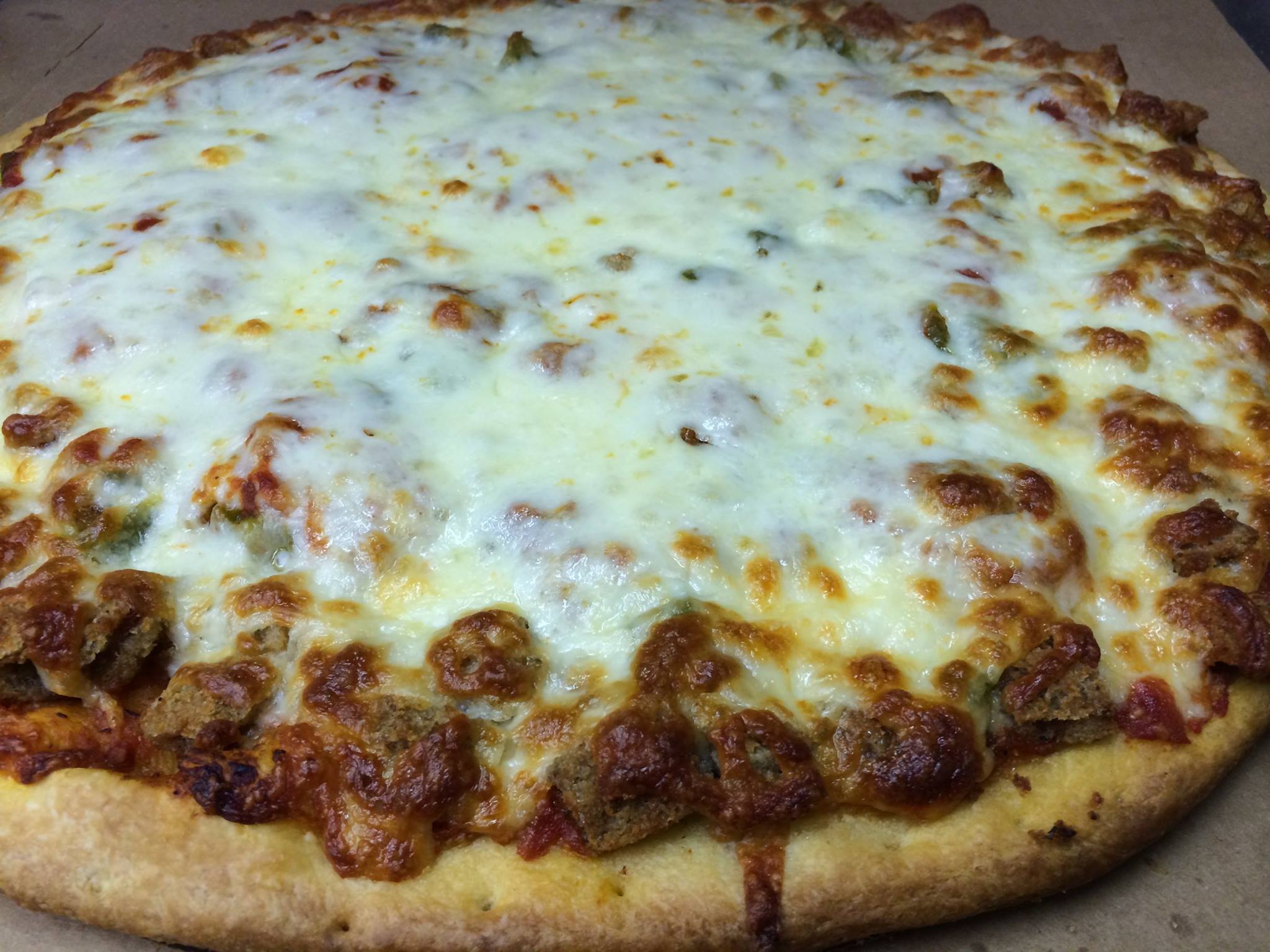 Ricobene’s Breaded Steak Pizza – if it’s even half as good as the sandwich this is something we have to try!

From DNAinfo Chicago comes a comprehensive guide to Chicago pizza. Visitors think deep dish is the whole story but DNAinfo sets us all straight. First of all, there is deep dish pizza, pan pizza, and stuffed pizza, and they ARE NOT the same thing. There’s also tavern pizza, a style most visitors ignore. And pizza pot pie, And bakery pizza. DNAinfo also presents their favorite Windy City pizzerias. And a list of pizza deals around the city (two-for-one nights, etc.). 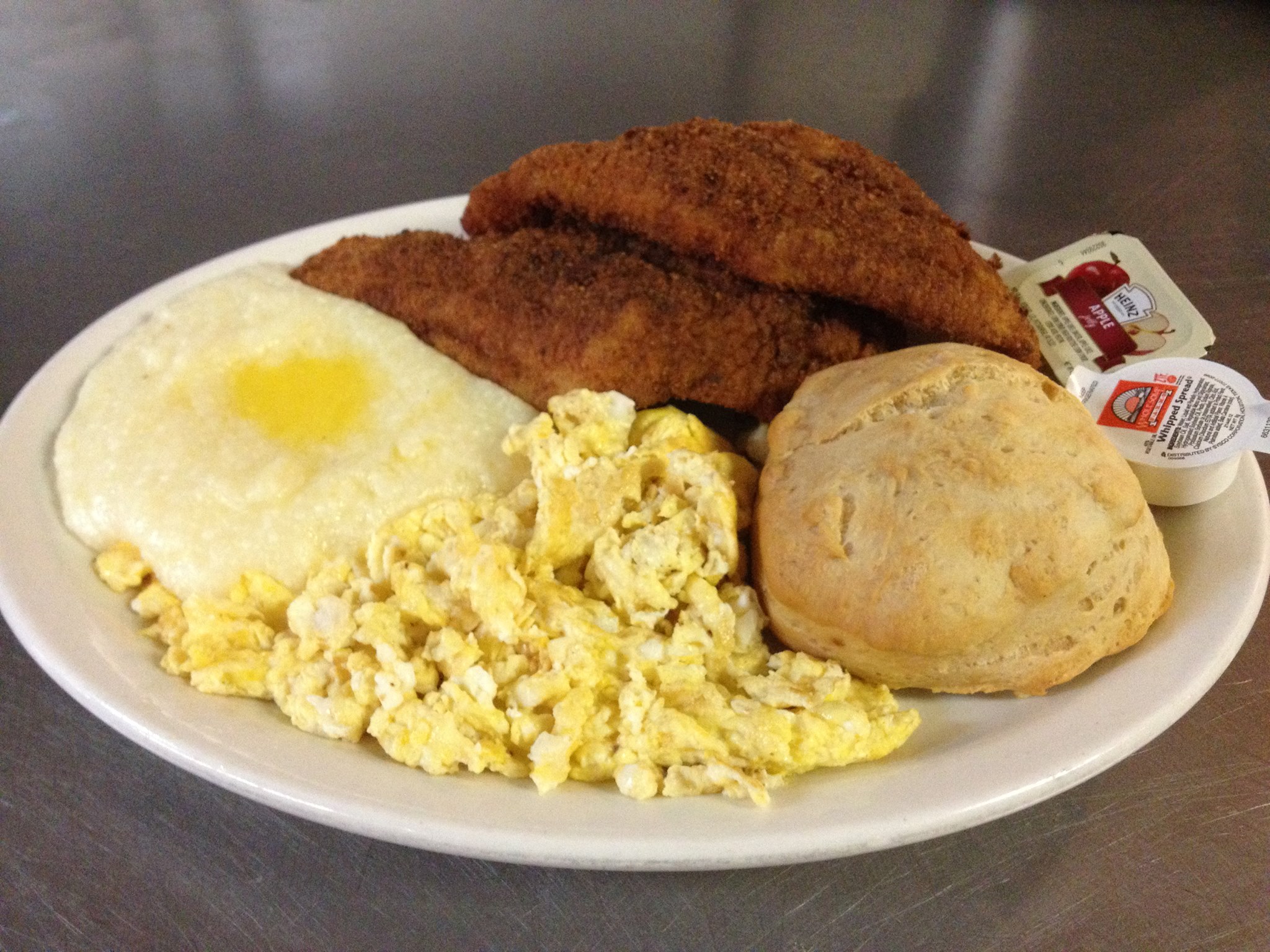 A classic soul food brunch: fish and grits, from the Florida Avenue Grill of Washington, DC

The New York Times proclaimed last year that brunch is for jerks. DCist says perhaps, but nonetheless presents a list of 18 places in the nation’s capital to enjoy this most jerky of meals. The restaurants are divided into categories, so you can tailor your brunch to your own particular brand of jerkiness or anti-jerkiness.