Wintzell’s in the 21st Century

Wintzell’s in the 21st Century

How does a 76-year-old Mobile, Alabama oyster bar thrive in the 21st century? By embracing social media, expanding its menu, carrying craft beers, and continuing their longtime tradition of buying local. Wintzell’s is opening their 11th restaurant next week; this one will be in Greenville, AL. Read more here. 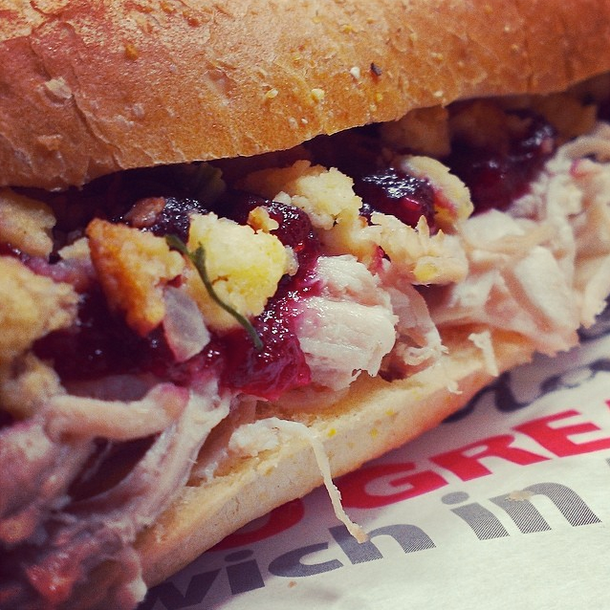 Capriotti’s opens in the Georgetown neighborhood of D.C. on Monday. First 50 people in line get free subs for a year! Next 50 get a free sub. Read more.

BBQ shrimp, as commonly done in New Orleans, was invented at Pascal’s Manale. Newcomers to the cuisine are always surprised at what’s placed before them, because they are expecting the kind of barbecue sauce you find on, well, barbecue. Instead, the critters (usually with shell on) are swimming in spicy butter sauce, and lots of it. We’ve never had Pascal’s Manale BBQ shrimp but some of the best food we’ve ever had in NOLA has been other restaurants’ interpretation of that iconic recipe.

Chef Brigtsen, of Brigtsen’s, demonstrates his approach to BBQ shrimp in the video above, which he serves with another New Orleans classic, calas (he adds shrimp to his version), for the pre-Christmas festive dinner known in the region as reveillon. His BBQ shrimp recipe can be found here. 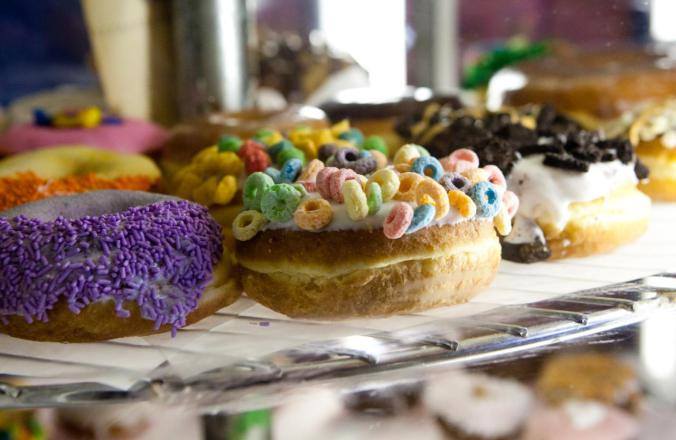 From left to right: Grape Ape, The Loop, Dirt

There are three Voodoo Doughnut locations in Oregon, plus an Oregon food cart, plus a store in Denver. The latest news from Voodoo? They’re opening a store in June, east of Denver, in the U.S. They aren’t saying how far east, though. Austin? Chicago? Pittsburgh? West Quoddy Head? They also say they are planning an Asian presence of up to 20 new stores. Read more here.