Pork, rice, spice, and liver – those ingredients, in widely varying ratios, are stuffed into hog casings by Cajun butchers to create their famed boudin. Boudin touring is one of the most enjoyable experiences in Cajun country, west of New Orleans, as far as we’re concerned, in part because the vast majority of the good stuff comes from the most humble and unassuming sources (you won’t find the Louisiana landscape littered with identical McBoudreaux and Boudin King eateries). 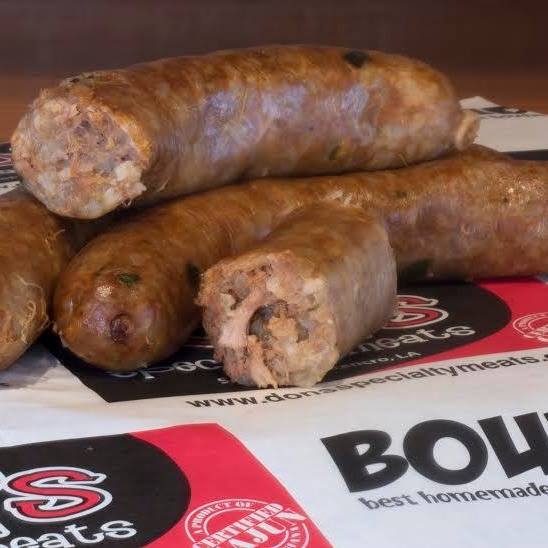 Do you like your boudin pork-centric or rice-centric, or do you like them in balance with each other? Some boudin can be explosively fiery while others are sweet cream gentle. Old-fashioned recipes tend to have a pronounced liver smack, but if you’re not a fan of that particular organ meat rest assured that many boudin makers produce a sausage with little or none of that distinctive flavor. About that word sausage: yes, the mixture is (usually) stuffed into hog casings but, unlike most links you’re probably familiar with, these are not browned and crackly, and they are generally eaten by squeezing the contents out of the casing, often directly into the eater’s mouth. 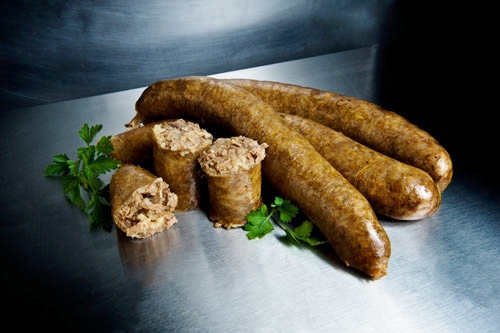 The Best Stop Supermarket in Scott LA (the town was named by the LA state legislature as the “Boudin Capital of the World”) seasons their boudin with green onions, black and red pepper, bell peppers, salt, and MSG.

Kevin Begos of AP has written up the highlights of a boudin trip he recently took, pointing out some of the best of the region (including where you can find the ever-more-scarce red boudin) as well as some newfangled boudin quirks like boudin egg rolls and Tater Tot boudin. We’ve sampled boudin in many ways but we have to admit that our favorite way is straight from the casing. We’ll enjoy the occasional boudin breakfast dish, and once in a while those crusty deep-fried boudin balls are fun, but beyond that we find modern boudin mashups to be more novelty than good eating. Have a look at Mr. Begos’ story to learn more about boudin.