One cannot help but be skeptical when confronting a “real” Amish anything in Pennsylvania Dutch country. This area has more than its share of cheap attempts to cash in on the Amish people who do in fact still live here, and the stream of visitors hungry for some contact with Amish culture. Most of these places seem about as authentic as an Arkansas merman. 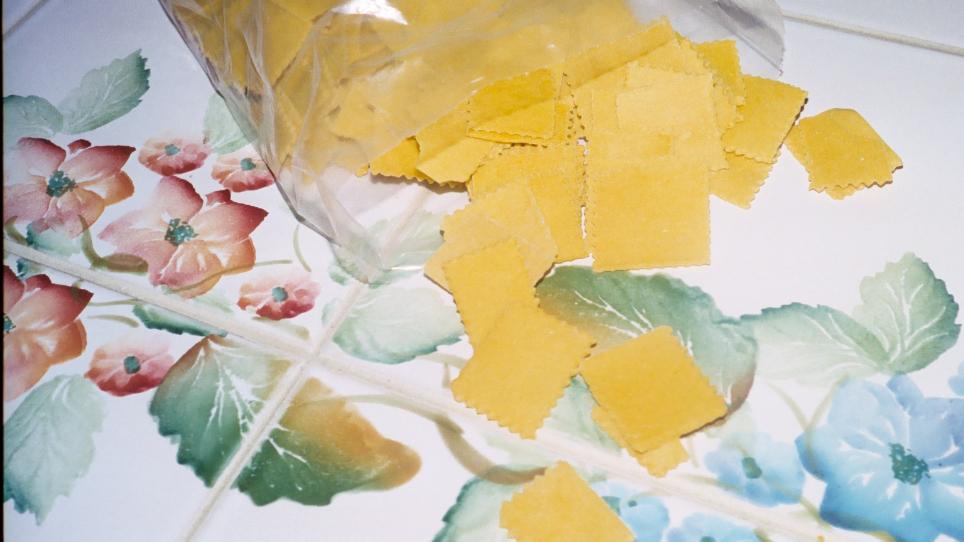 These are the dough squares called pot pies, used in the local dish of the same name.

So we are delighted to report that the Green Dragon is a true farmers market (Fridays only) served by and for many Amish (and other) people. Our urban suspicions were erased when, after asking the photogenic checkers-playing proprietor of one particularly photogenic stand if it would be alright if we snapped a picture or two, it was made clear in no uncertain terms that it WOULD NOT be alright. 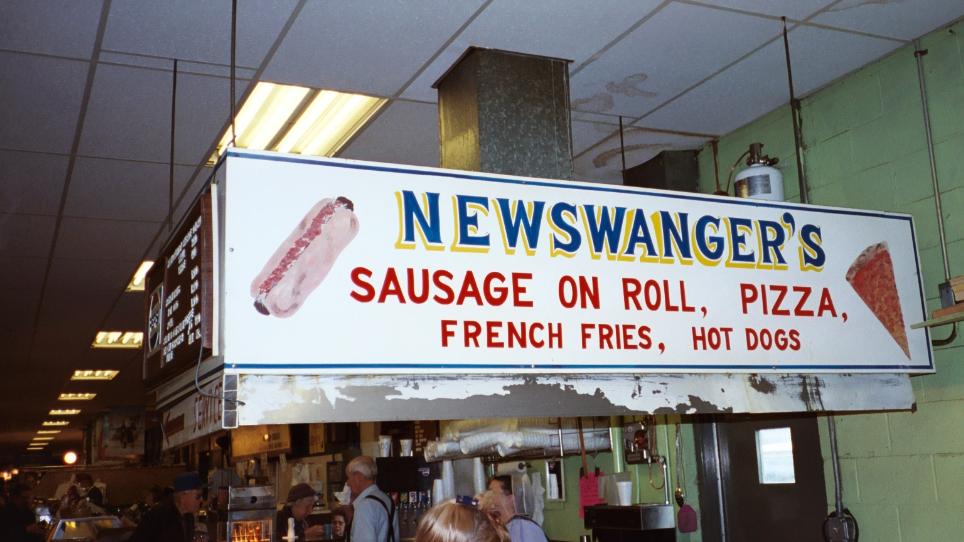 Get your sausage sandwich here. In typical local understatement, they serve SAUSAGE ON ROLL. This is no ordinary sausage on a roll!

A December visit didn’t turn up a summer’s bounty of produce, but what was there was gorgeous and very nicely priced, mostly cabbages, cauliflowers, and the like. The sprawling market has outdoor stands and a number of buildings with additional vendors, selling not only fruits and vegetables. Meats, smoked and fresh, baked goods, and lots of the sort of non-food items found in a flea market are readily available. 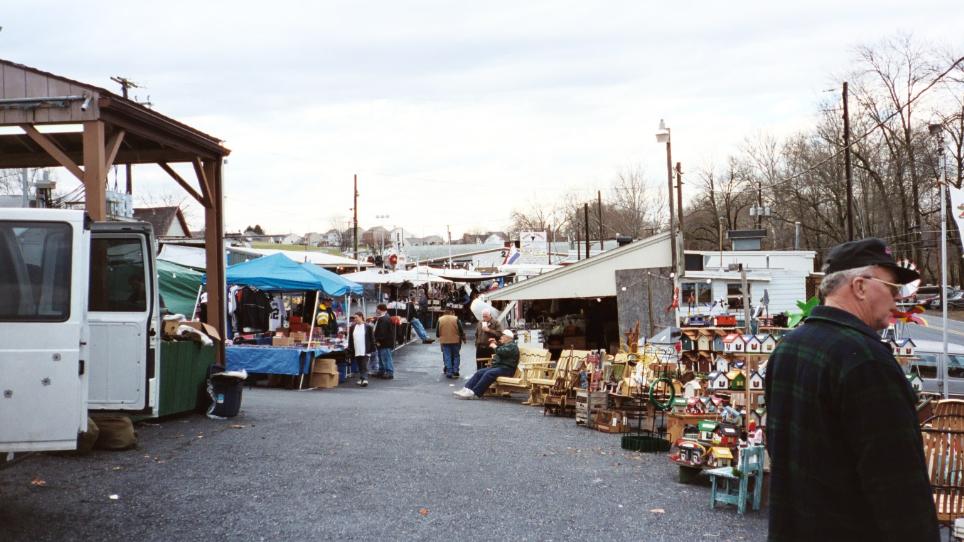 It may be December – the market is nevertheless busy.

There were jars of achingly beautiful relishes and preserves. We purchased a bag of dried homemade pot pies, the thick noodle squares used for making the rib-sticking chicken dish. We also enjoyed some gloriously sticky pecan buns, and a first-rate country sausage sandwich from Newswanger’s stand. There is so much more to sample, and we can only imagine what it must be like in the heart of summer. We hope to be back soon. 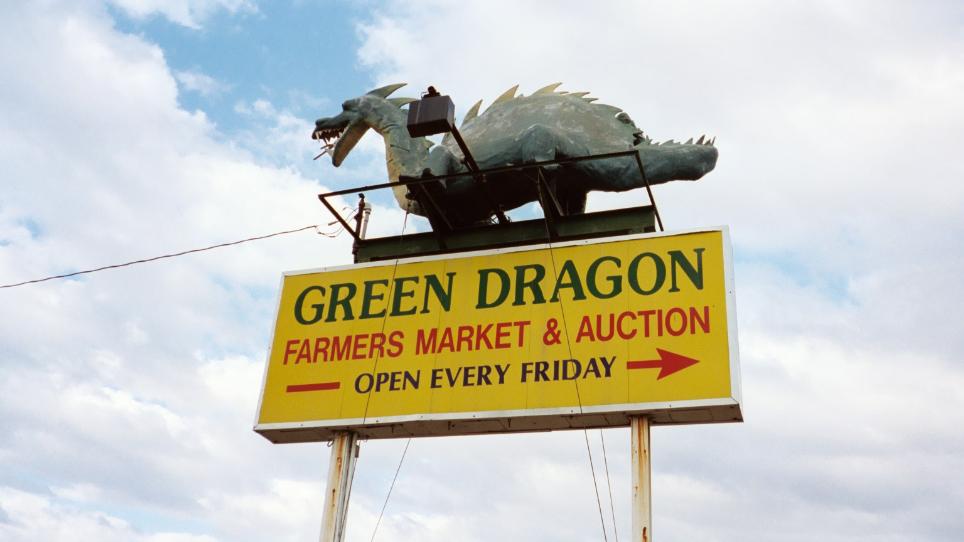 Note that the market is open Fridays only.