It doesn’t seem that long ago  — if you wanted to sample Cincinnati’s great home-grown ice cream, you had to visit Cincinnati. Louis Graeter began selling ice cream in 1868 and, over the ensuing decades, the Graeter’s company expanded, but it wasn’t until the 1980s that the company pushed out to the wilds of Kentucky and Columbus with franchised stores. That’s also when they began making their ice cream available in supermarkets. 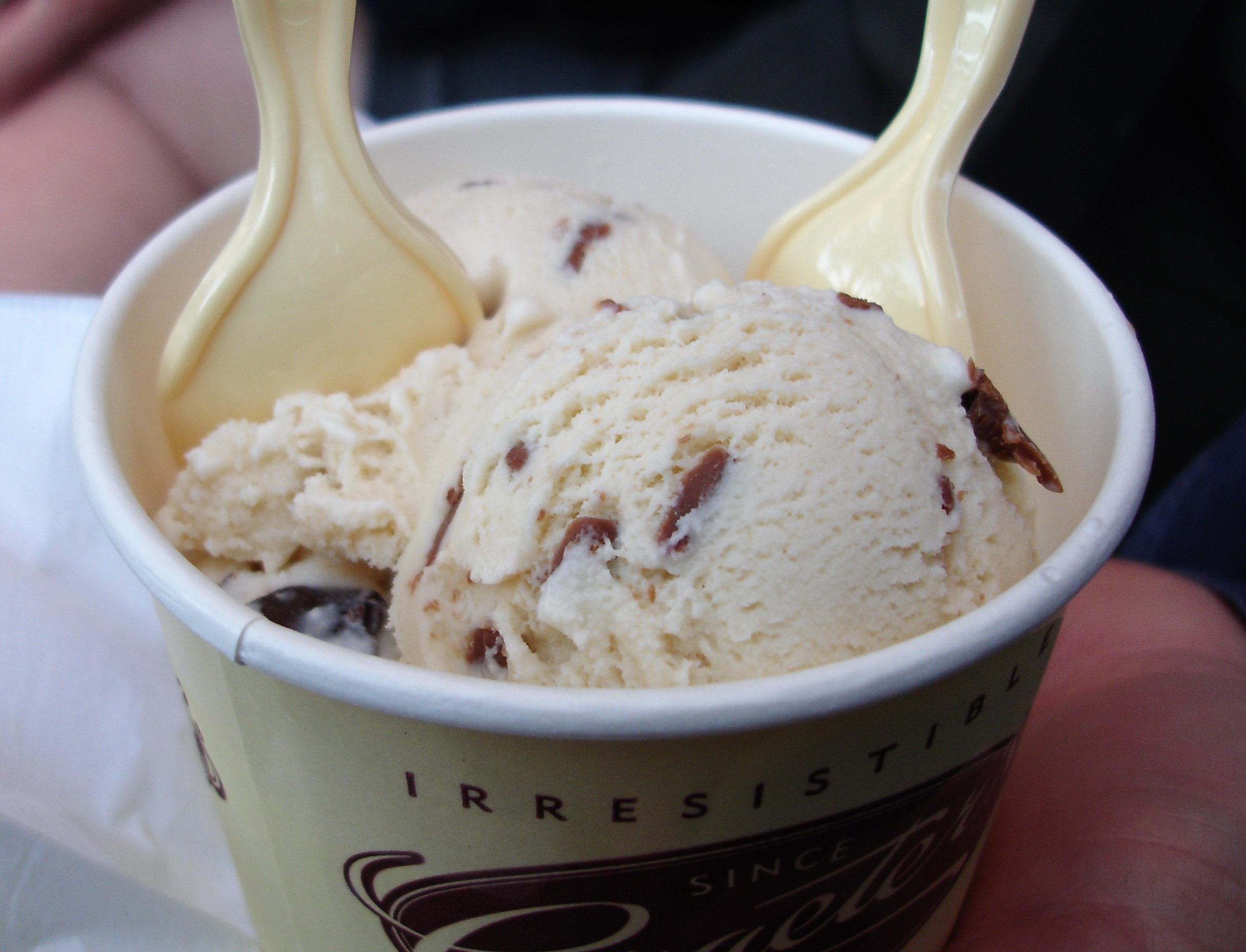 Here’s one of those flavors that we never see back home: Toffee Chocolate Chip.

Today, Graeter’s ice cream is available, in one way or another, in almost every state of the union. Just this year, a supermarket near our home in New Jersey began carrying Graeter’s, and we’ve had pints in our freezer ever since. These days, they’ll even ship it to you. Still… there’s something special about enjoying one of America’s great ice creams on its home turf. 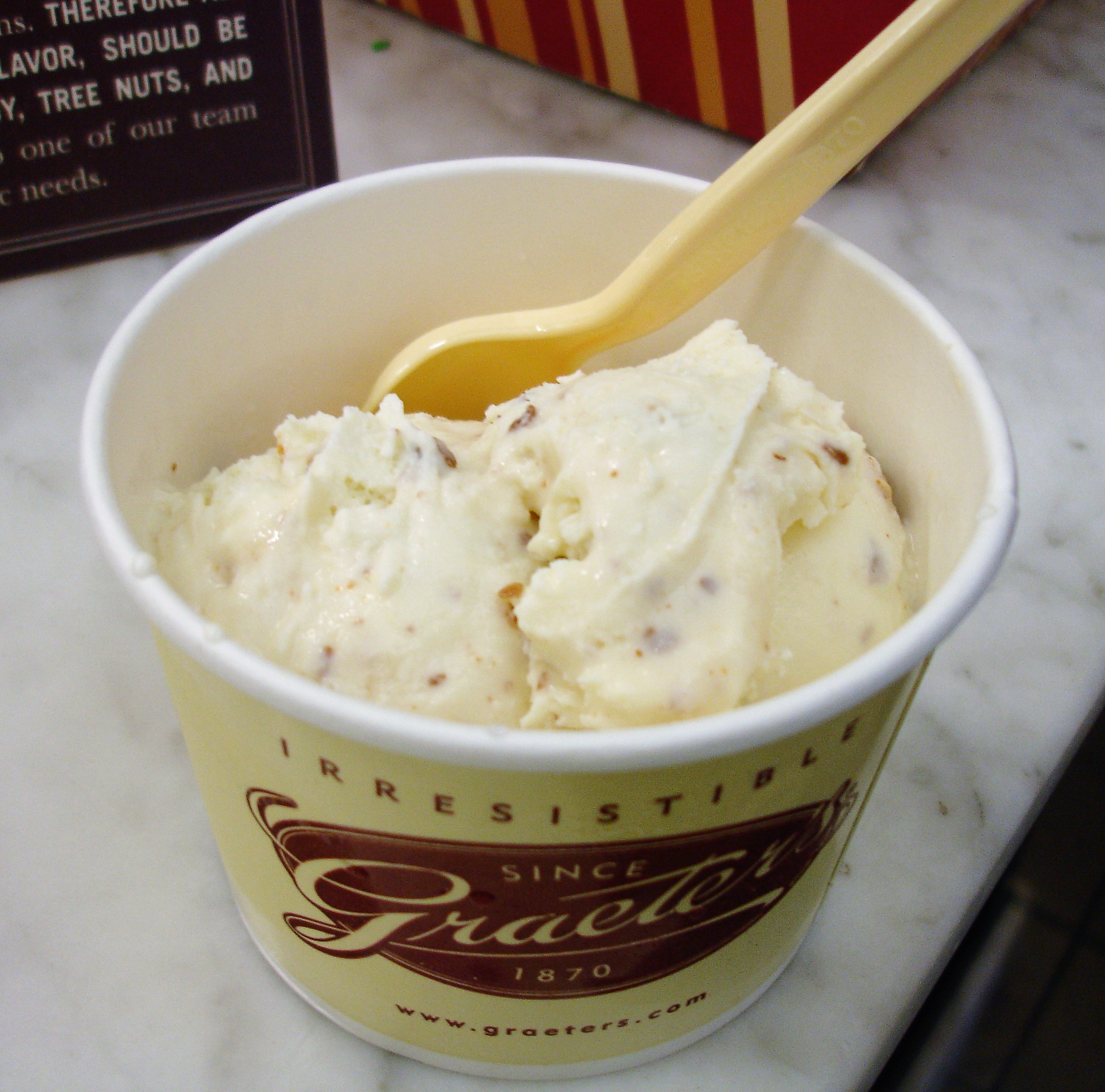 It’s not only about the chocolate chips at Graeter’s. We are big fans of their Butter Pecan.

For one thing, pints can be spendy far from Ohio, and shipping costs turn Graeter’s into a special occasion luxury item. More importantly, you’ll have access to all their flavors, including all the special release and bonus flavors. You rarely, if ever, see these far from Cincinnati. Summer 2017’s bonus flavors, released every two weeks, were Orange & Cream, Dark Chocolate Fudge Brownie, Vanilla Malt, Peanut Brittle, S’Mores, Oatmeal Raisin Cookie, Caramelized Chocolate, and Butterscotch Latte. 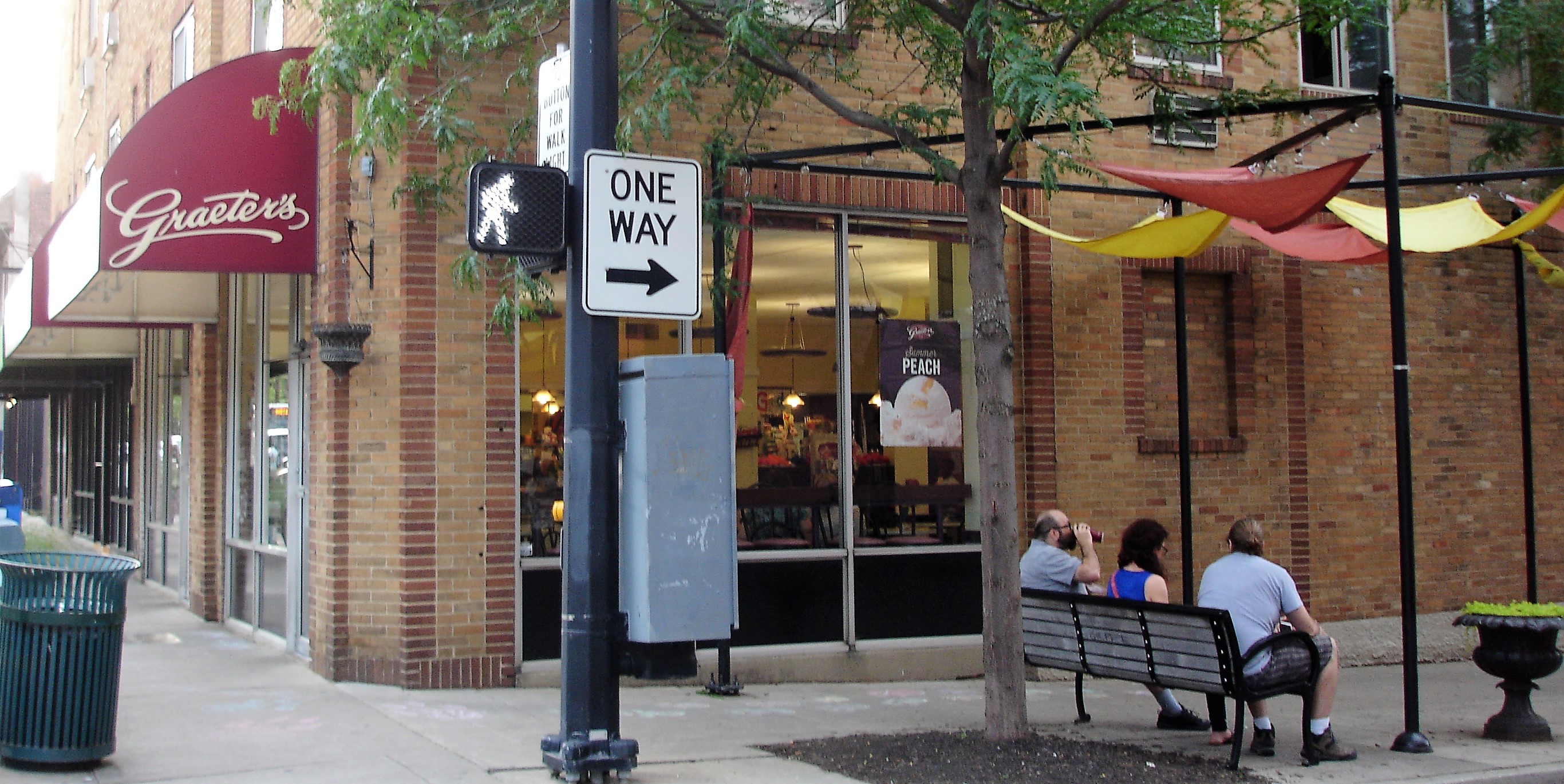 What makes Graeter’s ice cream so special? You hear a lot about their French Pot method of making ice cream, but when you understand what that actually means, it’s really impressive. The bases are made in big batches, but the French Pots are only 2 1/2 gallons. If you’ve ever made hand-cranked ice cream in those old wooden machines, that’s French Pot: the metal canister spins in a salt, ice, and water mixture while a fixed blade scrapes down the sides of the canister.

Are we saying that Graeter’s ice cream, all of it, is frozen in 2 1/2 gallon batches? Yes! They have hundreds of these French pots, and they put them all to use to make one flavor at a time. What this also means is that, unlike most other ice cream companies, they cannot pump the stuff into containers. Each one of Graeter’s pints, even the ones you buy in a supermarket in Oregon, is hand-packed.

The first time you try Graeter’s ice cream, you must have one of their chip flavors. They are famous for their chocolate chip ice cream, which comes in 13 varieties. Here’s what makes them so special: the liquid chocolate is poured into the frozen ice cream, where it hardens. Then they churn it a little more to break the solidified chocolate into chunks. The pieces vary greatly in size. Sometimes you get a chunk of chocolate that’s practically a mouthful! Their signature flavor is Black Raspberry Chocolate Chip, for one simple reason: it’s their best flavor (although we are also awfully fond of their mint chip as well).

We like to visit the Graeter’s in the Clifton section of Cincinnati, on Ludlow, for one important reason: it’s across the street from the best Skyline Chili in the chain. Cincinnati chili and Cincinnati ice cream!